One of Disney World’s most classic souvenirs is a picture of yourself mid-ride with a terrified look on your face, which you probably paid upward of $30 to take home. But in the COVID-19 era, Disney was threatening to withhold ride photography from guests who weren’t wearing face masks. Revoking PhotoPass privileges from maskless guests, however, unfairly affected those who actually followed the rules. That’s why Disney started photoshopping face masks onto those not wearing them, so photos can still be provided to the ones who do.

On rides like Buzz Lightyear’s Space Ranger Spin at the Magic Kingdom and Dinosaur in the Animal Kingdom, photos were being digitally enhanced by adding face masks to riders who didn’t wear them. One photo, which was shared to the Disney World Junkies Facebook group, shows a group of guests on the Dinosaur attraction mid-ride, with a mask clearly photoshopped onto the woman in the back.

Now, after negative feedback from guests decrying the practice, Disney has stopped its photoshopping entirely.

A statement from Disney World read, “In response to guest requests, we tested modifying some ride photos. We are no longer doing this and continue to expect guests to wear face coverings except when actively eating or drinking while stationary.” 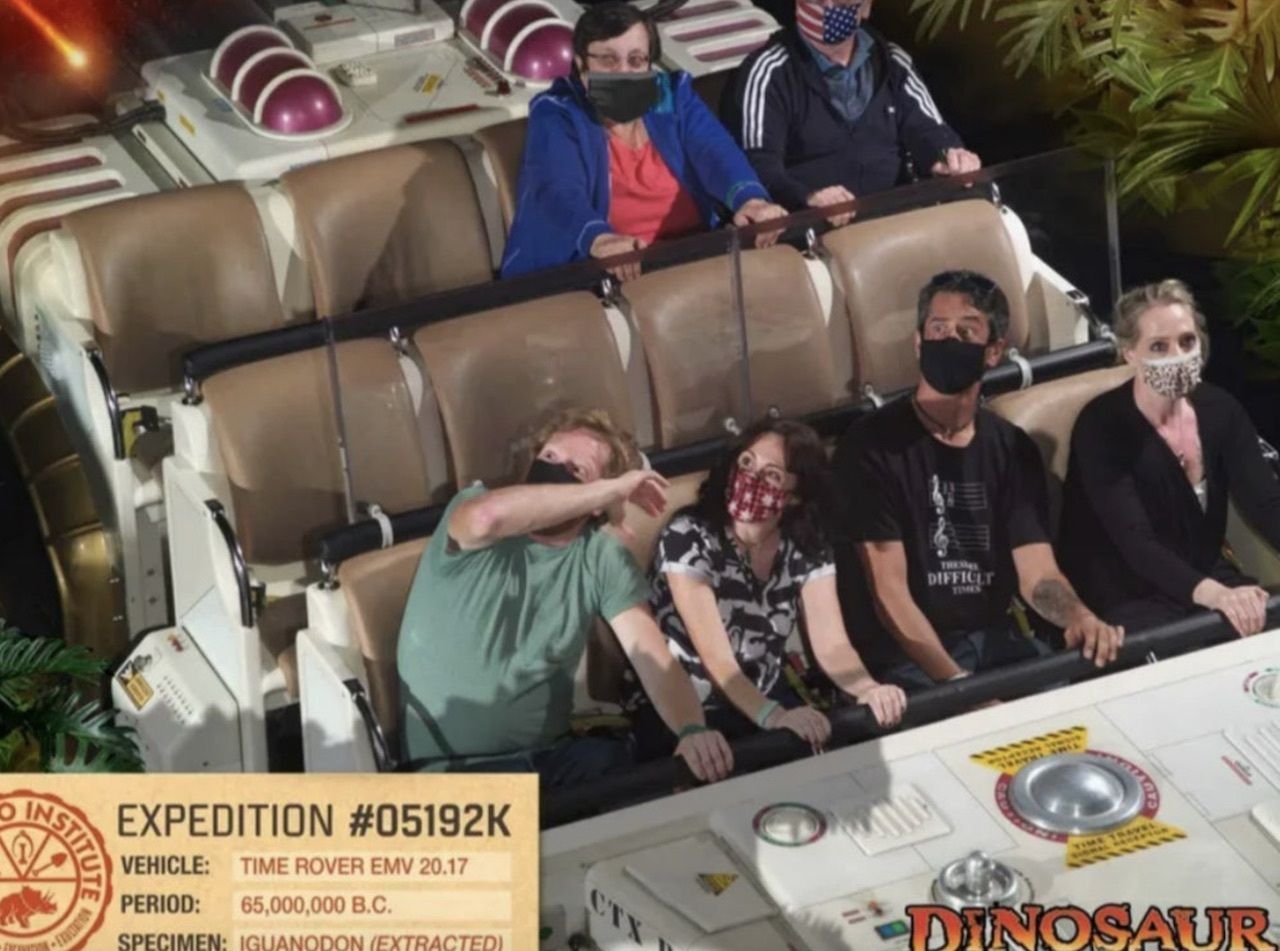 Disney requires guests to bring their own face masks and wear them at all times inside the park, except while eating and swimming. Dining on-the-go has also been banned, as it resulted in too many guests removing their masks while walking around and eating.

On Your Visit To Orlando, You Should Actually Stay (and Eat) in Kissimmee

May 10, 2021 Brian Cicioni
✖
travelstoke
Download the mobile app
stoked by