Books and movies are often celebrated as proxies for travel, beloved for their abilities to take globetrotters around the world without ever leaving their living rooms. Too often, video games are left off that list. While literature busts open our imaginations and movies have the advantage when it comes to realism, with today’s technology, video games set abroad can be astoundingly convincing, and players typically have more agency to explore their surroundings as if they were really there. From exploring Incan ruins to an African safari, these six video games enable some of the most exciting armchair travel out there. 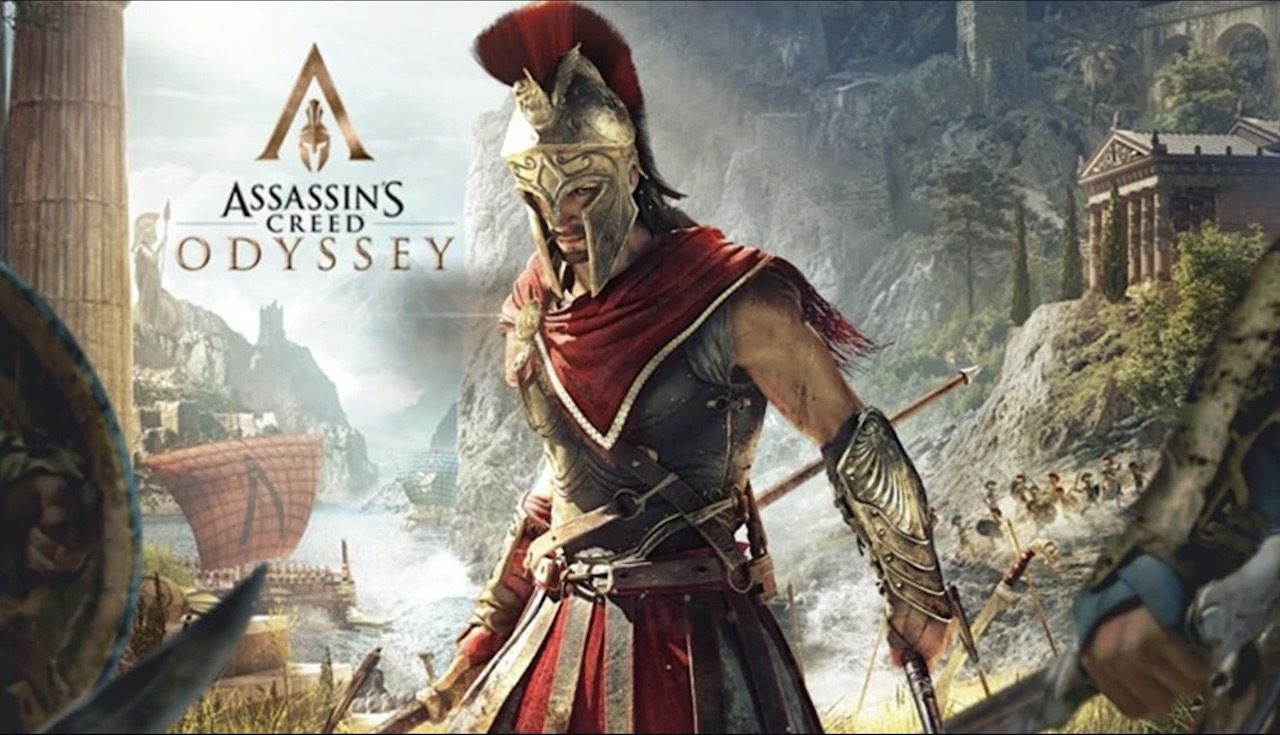 Assassin’s Creed might be the greatest globally, historically inspired video game series of all time. Not only are the graphics stunningly realistic, but the franchise is also committed to accurately representing the places and times in which its installments are set.

The original game takes place in the Holy Land during the Third Crusade (1189-1192). Players control a modern-day character named Desmond Miles who travels in time to join the fight between Assassins and Templars. In the sequel, Miles lands in Renaissance-era Italy, with renderings of Florence and Venice that not only recreate the 1400s but also feel remarkably like you’re visiting today, hopping between rooftops in view of familiar sights like the Duomo.

Later games jump between the 18th-century Caribbean, Ancient Greece and Egypt, Victorian London, and more. There are over a dozen games in the franchise in all, offering gamers the opportunity to collect quite a few virtual passport stamps, figuratively speaking. 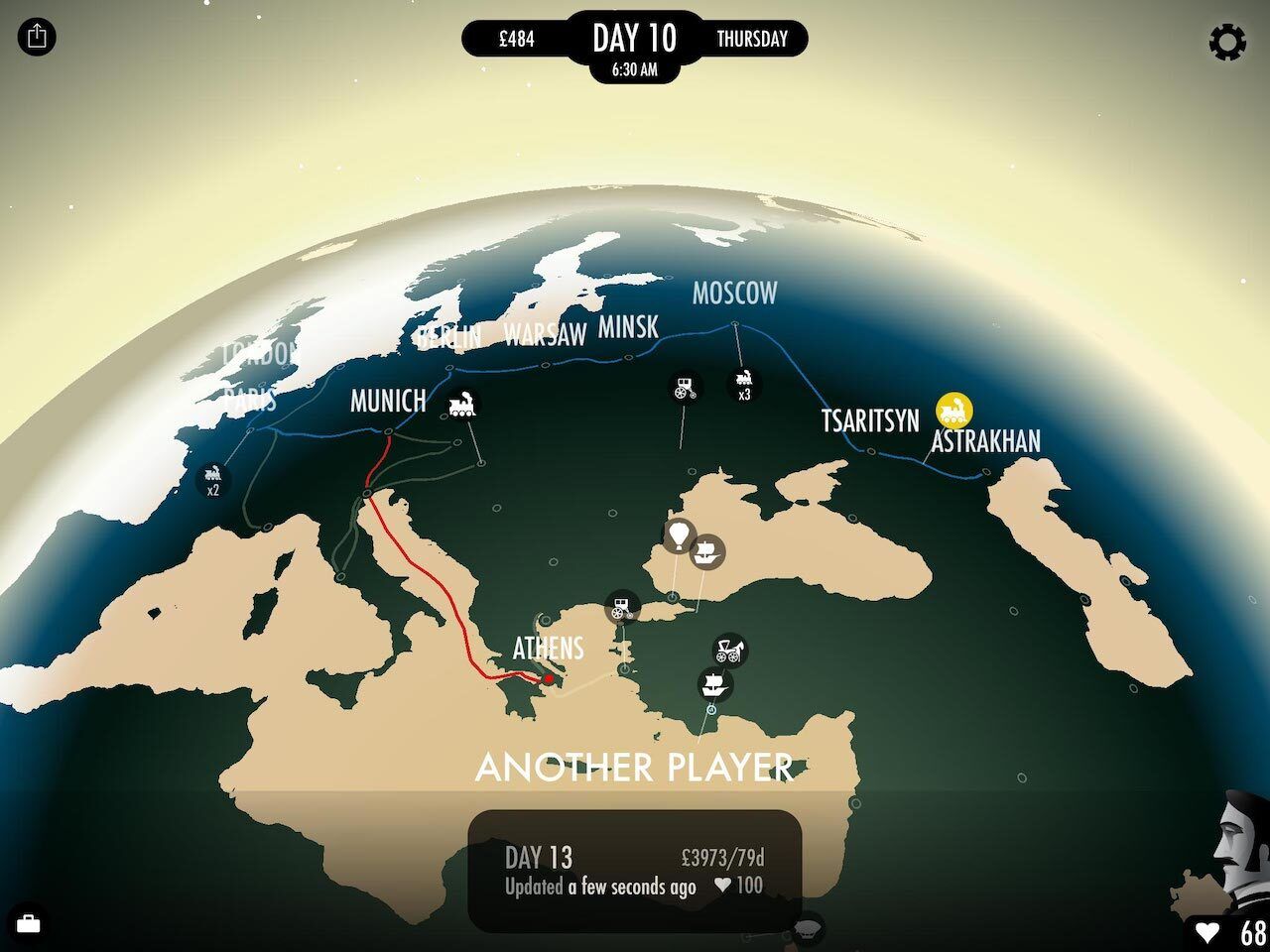 This interactive adventure game takes its name, and premise, from the Jules Verne classic Around the World in 80 Days. The novel follows Phileas Fogg on his journey to circumnavigate the globe in 1872 while players stand in for Fogg’s fictional valet, Passepartout, in the iOS, Android, Microsoft, and OS X game. Though the graphics do little to transport you to foreign lands, 80 Days scratches the travel itch by letting players click around an actual globe, visiting 170 cities from Berlin, Germany, to Khartoum, Sudan. That’s far more destinations than there are in the source material. With its steampunk aesthetic, race against the clock in real-time, and interactive narrative, it’s no wonder 80 Days has been lauded by both BAFTA and Time. 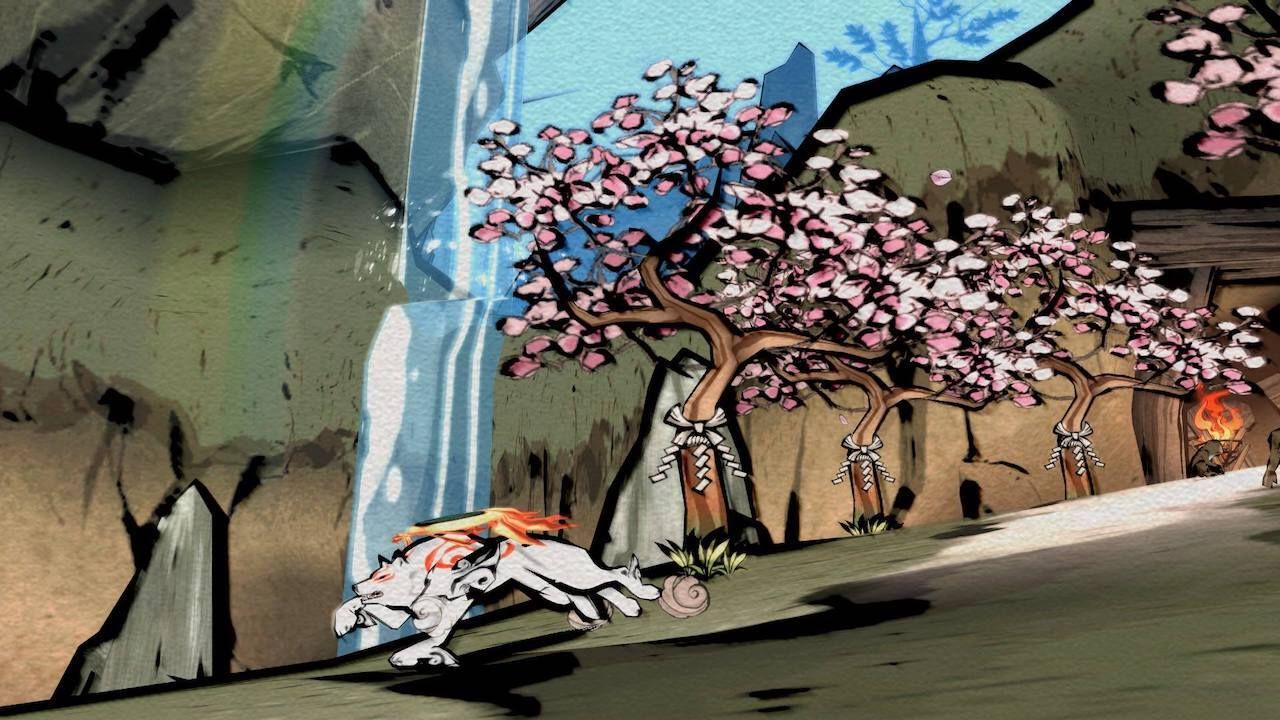 Okami is an action-adventure game set a century ago in Nippon, or Japan, that’s based on Japanese folklore. Players journey across the country as Amaterasu, the Shinto sun god, who takes the shape of a white wolf illustrated in the sumi-e, or ink wash painting, style. As Amaterasu, players battle enemies to earn yen to spend on fighting tools and techniques.

One tool in the game is the Celestial Brush, which can be used either as a weapon or to aid in solving puzzles through a calligraphy-based system. Different strokes are earned through various Celestial Brush gods, which also nod to the Chinese zodiac as their inspiration. Though Okami may not evoke modern cities like Tokyo or Osaka, much like the Studio Ghibli film canon, the game is a must for any fans of the Japanese aesthetic, as well as its mythos. 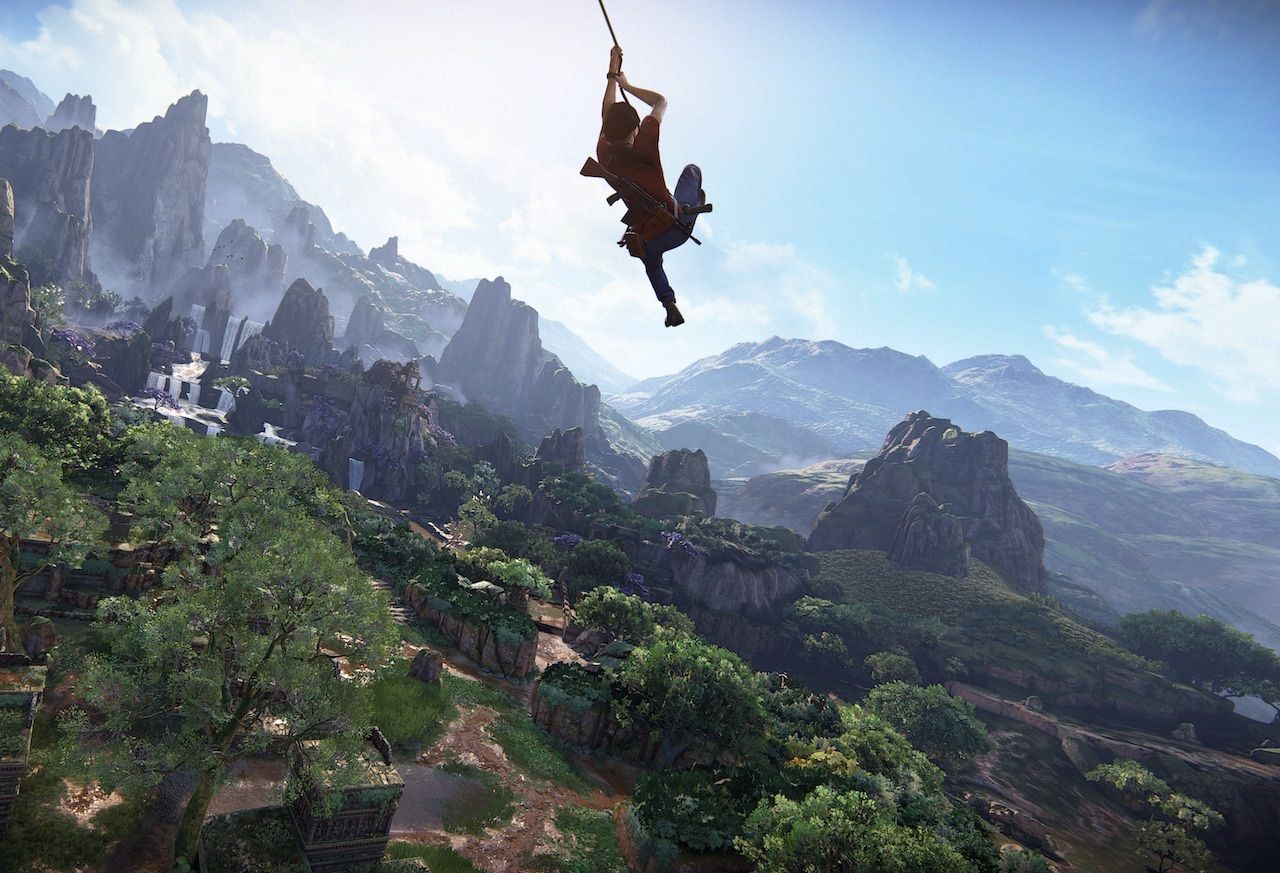 Uncharted is a video game franchise developed for PlayStation that tracks treasure hunter Nathan Drake in his journeys across the globe. One of the best-selling gaming series of all time, it brings an element of realism in the graphics and character design that really sells the illusion of world travel. Throughout the series, Drake hops between countries and continents, with the first game being set in Panama. The second installment takes place everywhere from the Tibetan Plateau to the Borneo jungle; the third game kicks off in London and is largely backdropped by Middle Eastern destinations, plus a stint in Colombia; and the fourth installment takes players from Italy to Scotland, Boston to New Orleans, and Madagascar back to Panama. 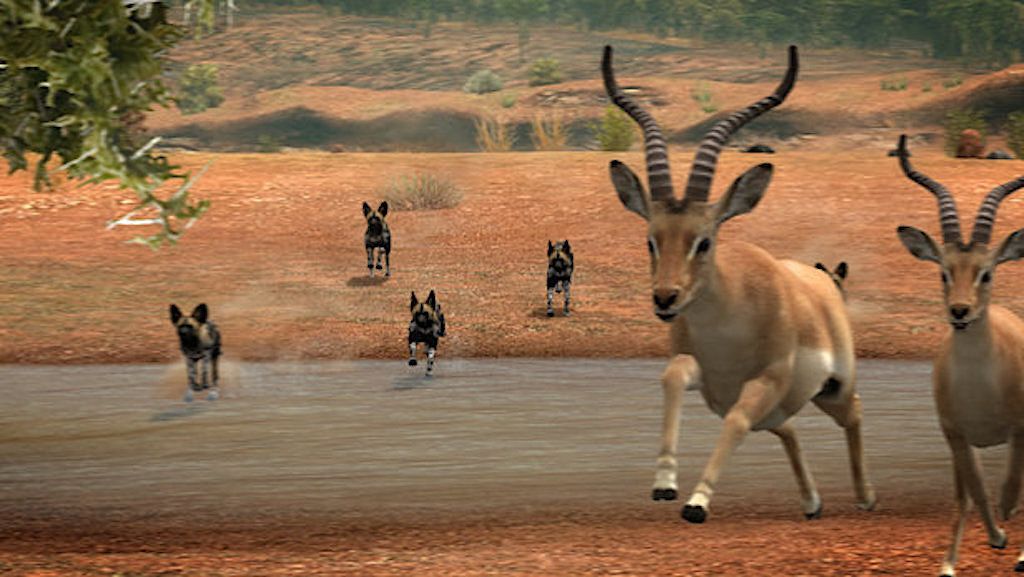 Going on an African safari is a dream many travelers share. It’s hard to beat the thrill of spotting the Big Five from a jeep cruising the actual savannah, but this PlayStation 3 game is a fun, relatively realistic, simulation. Players roam the plains on foot, by car, or from a balloon as a photojournalist tasked with snapping shots of various wildlife. In addition to perks like earning in-game money to spend on camera equipment, players can also unlock photos and footage of real-life wildlife. Fittingly developed by Rhino Studios, Afrika is equal parts relaxing and exhilarating, much like an actual safari. Plus, the award-winning score has been widely and will have you feeling like Indiana Jones to boot. 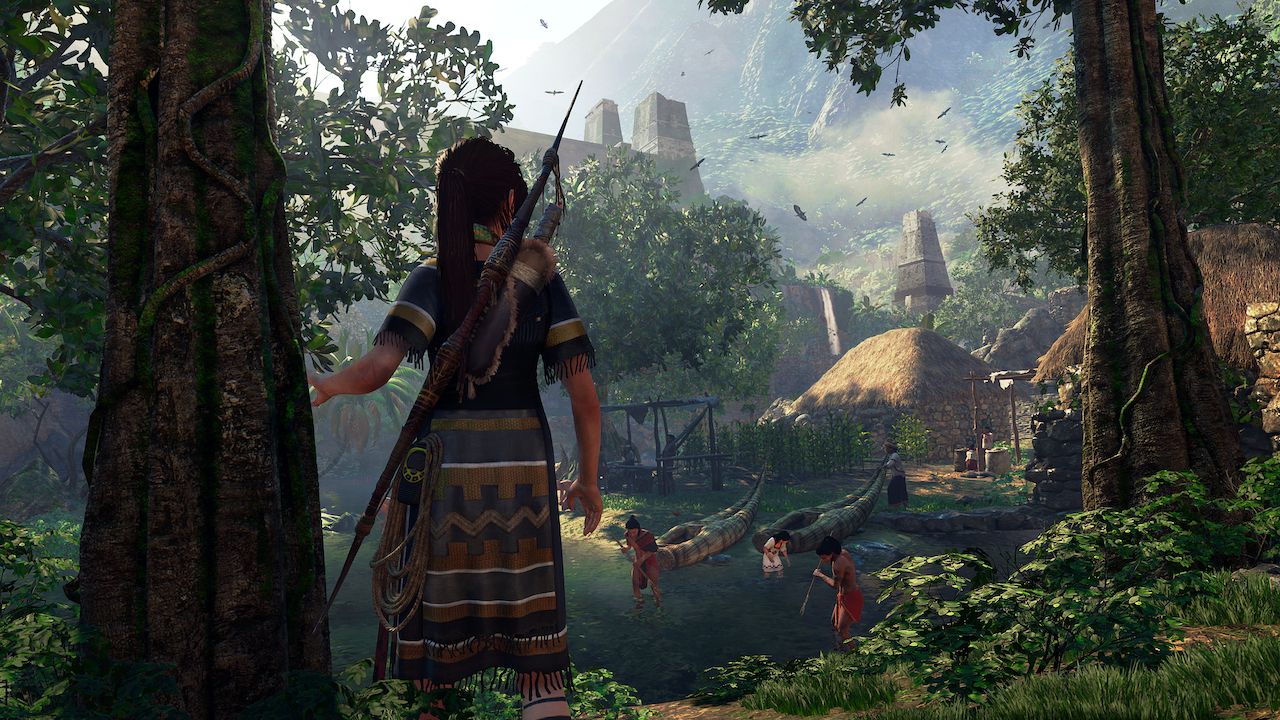 Originally released the 1990s and rebooted in the 2010s, Tomb Raider is another video game series set in historic destinations around the world. In fact, Lara Croft’s adventures have inspired the travels of a number of bloggers, taking them everywhere from Angkor Wat in Cambodia to the Valley of the Kings in Egypt to the Great Wall of China.

There are more than 10 games total in the series designed for various gaming platforms. Among the best for armchair travelers is Tomb Raider: Legend (Bolivia, Ghana, Cornwall, Kazakhstan) and Tomb Raider: Shadow of the Tomb (Central and South America). History buffs may also enjoy Tomb Raider: Rise of the Tomb Raider, which visits the Siberian wilderness as well as bygone eras and destinations like the Soviet Union and Byzantine Empire.

Books7 Destinations That Were Forever Changed by Famous Books
Tagged
Entertainment
What did you think of this story?
Meh
Good
Awesome