In Kilkenny, Ireland, a monument depicting sportsmen scrimmaging for a fist-sized ball while wielding hockey-stick-cricket-paddle hybrids has sat in Canal Square since 2016. It captures a scene familiar to Irish onlookers, honoring the ancient Gaelic sport that’s evolved into Ireland’s national pastime: hurling.

References to early iterations of the sport appear as far back as the 13th century, with heroes like the demigod Cúchulainn often being represented as expert hurlers. The statue in Kilkenny is a fitting testament to the sport’s role in Irish history: In 1367, one of 35 laws known as the Statutes of Kilkenny banned hurling for promoting violence, yet the sport persisted and spread. Now, between January and March each year, countless fans head to their local stadiums or glue themselves to the TV on Saturdays to watch the wildly popular National Hurling League in action.

Part of Ireland’s heritage, and a point of national pride, hurling is a pillar of Irish athletics. It’s also gained audiences around the world. Read on to learn everything you need to know about the Gaelic ball-and-stick sport that’s been entertaining the Emerald Isle for millennia.

How hurling came to be Ireland’s national pastime

The earliest hurling matches are believed to have been played between neighboring or rival clans. Variations of the sport evolved over time: By the 1700s, a similar game went by the name camán in the north and iomán in southern Ireland. Though the Great Famine caused a dramatic decline in hurling’s presence the following century, it began making a comeback in 1884 with the foundation of the Gaelic Athletic Association (GAA). A few years later, in 1887, the GAA organized the inaugural All-Ireland Championship hurling competition, which today takes place every July and August, culminating in a final on the third Sunday in August.

Scotland’s answer to hurling, called shinty, or camanchd in Gaelic, originated in the Scottish Highlands concurrently with hurling, establishing its very own Camanachd Association in 1893. Though the two sports share a common ancestor, hurling has had a farther reach, even qualifying for the unofficial program of the 1904 Summer Olympics alongside Gaelic football.

The GAA created the National Hurling League shortly after the St. Louis Olympics, launching a seven-team tournament in 1926. (Cork beat out Dublin in the final.) Today, 35 teams compete in the league, and the GAA has set up hundreds of amateur clubs around the world, including more than 130 in over 50 cities across the United States that are overseen by the USGAA.

Camán, sliotars, and other hurling gear 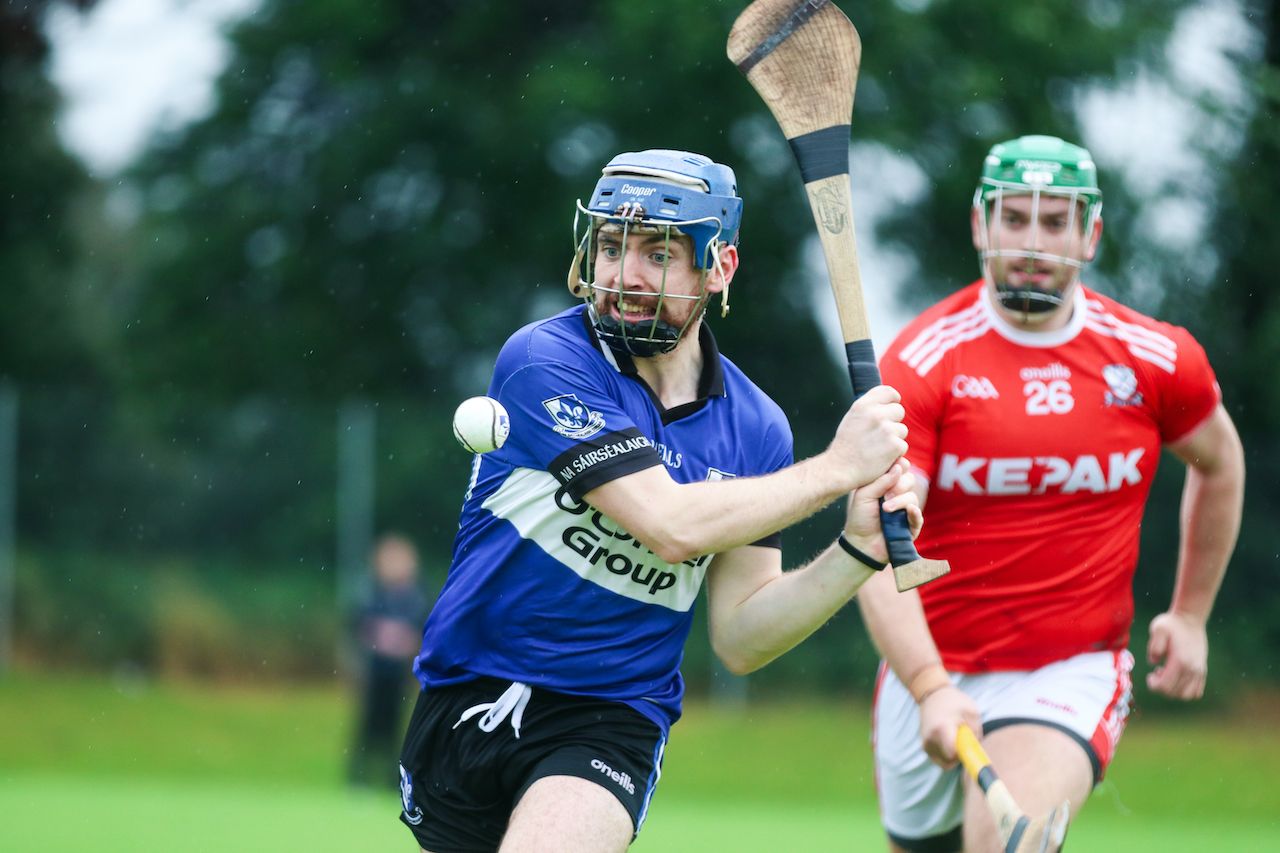 Though a contact sport, hurling requires relatively little gear. In fact, all you really need to play is a hurling stick, also known as a hurley or camán in Gaelic, and a sliotar, or hurling ball. Hurling sticks have long handles and flat, wide heads known as the bas. Hurling balls are similar in size and appearance to baseballs but feature ridged rather than stitched seams.

Some players wear gloves on their non-dominant catching hands. Today’s hurlers have also worn helmets with facial guards since GAA regulations mandated them for players of all levels, during both practices and competitions, starting in 2010, to curb head injuries.

Hurling has been called the “fasted game on the grass.” It’s played on a pitch roughly double the size of a soccer field, which sees teams of 15 players positioned on either side. The objective is to get the ball past the opposing team’s crossbar: One point is awarded if the sliotar passes above the crossbar, which has H-shaped goalposts on either side similar to those seen in American football; three points are granted if the ball goes into the netted goal below the crossbar, which is guarded by a goalkeeper much like in soccer or field hockey.

To move the ball, players may catch the sliotar, either in the air or from a bounce, or lift it into their hands using their hurleys. They may not pick it up directly from the ground. Hurlers may only take four steps with the ball in hand, though they’re permitted to run with it balanced on their sticks for as long as they’re able. Bounces reset the count.

Kicking and passing with an open hand are allowed in hurling, but throwing is not. It’s also prohibited to transfer the ball to the hand more than twice without it touching the ground. Breaking any of the above rules, grabbing another player’s jersey, and being excessively aggressive can result in fouls (granted, players are allowed to shoulder charge opponents in possession, or immediate pursuit, of the sliotar).

What’s the deal with camogie? 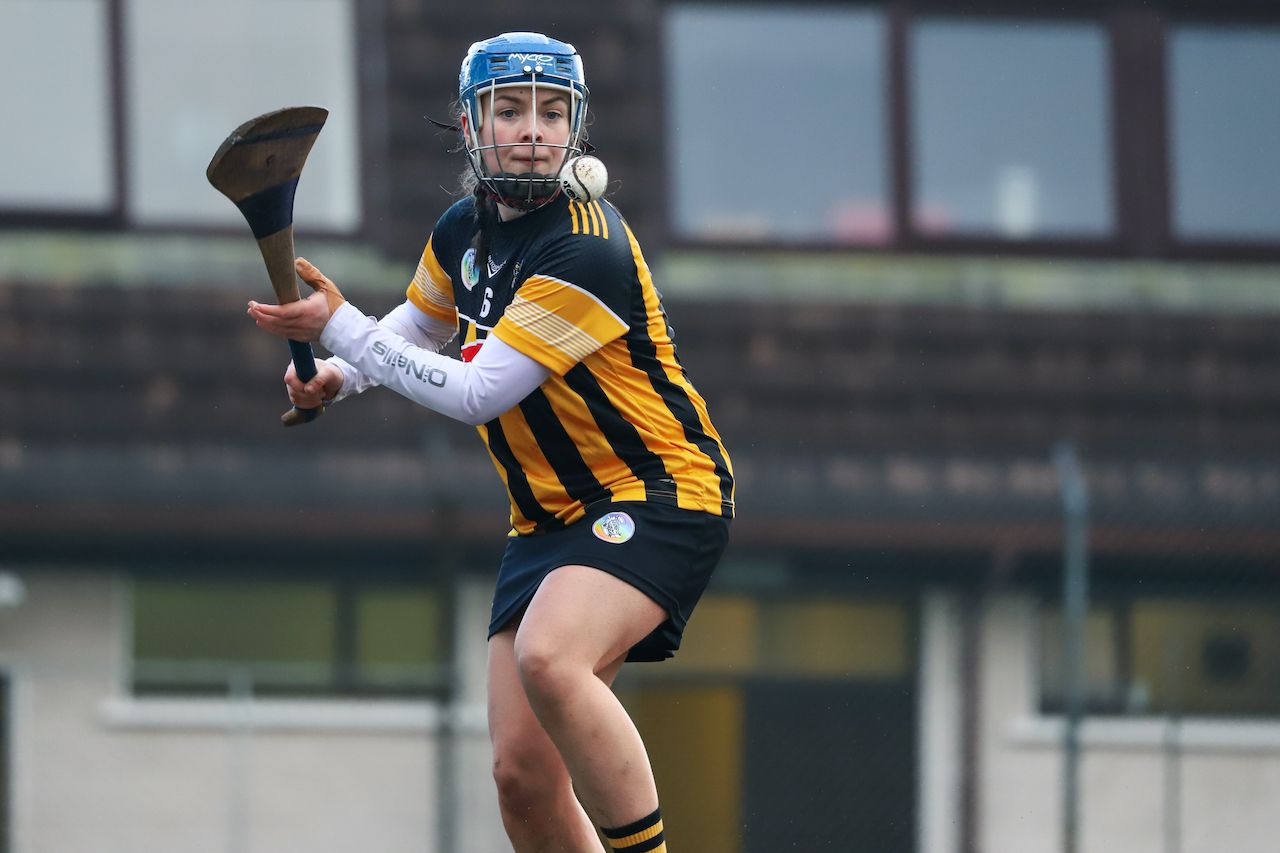 Camogie is to hurling what softball is to baseball: a variation of the sport that’s played by women. The sliotars used in camogie are smaller than hurling balls, however, unlike softballs.

The rules of the two sports are similar though there are a few notable differences. Camogie players are allowed to hand pass, for example, while hurlers are not. They’re furthermore permitted to drop their sticks to do so. Shoulder charging, on the other hand, is not allowed, and camogie uniforms feature skirts rather than shorts.

OutdoorEverything You Need To Know About Australian Rules Football
Tagged
Culture Outdoor
What did you think of this story?
Meh
Good
Awesome

May 17, 2022 Eben Diskin
✖
travelstoke
Download the mobile app
stoked by