Most movie lovers fantasize about stepping into the very places where their favorite movies take place, but often, those memorable spots are nothing but sets. Luckily, that’s not always the case. From the Caesars Palace suite in The Hangover to the hotel room in Pretty Woman, these are the real floorplans of the iconic hotel rooms where your favorite movies were filmed — and you can even book a room to truly immerse yourself in your favorite movie moments. 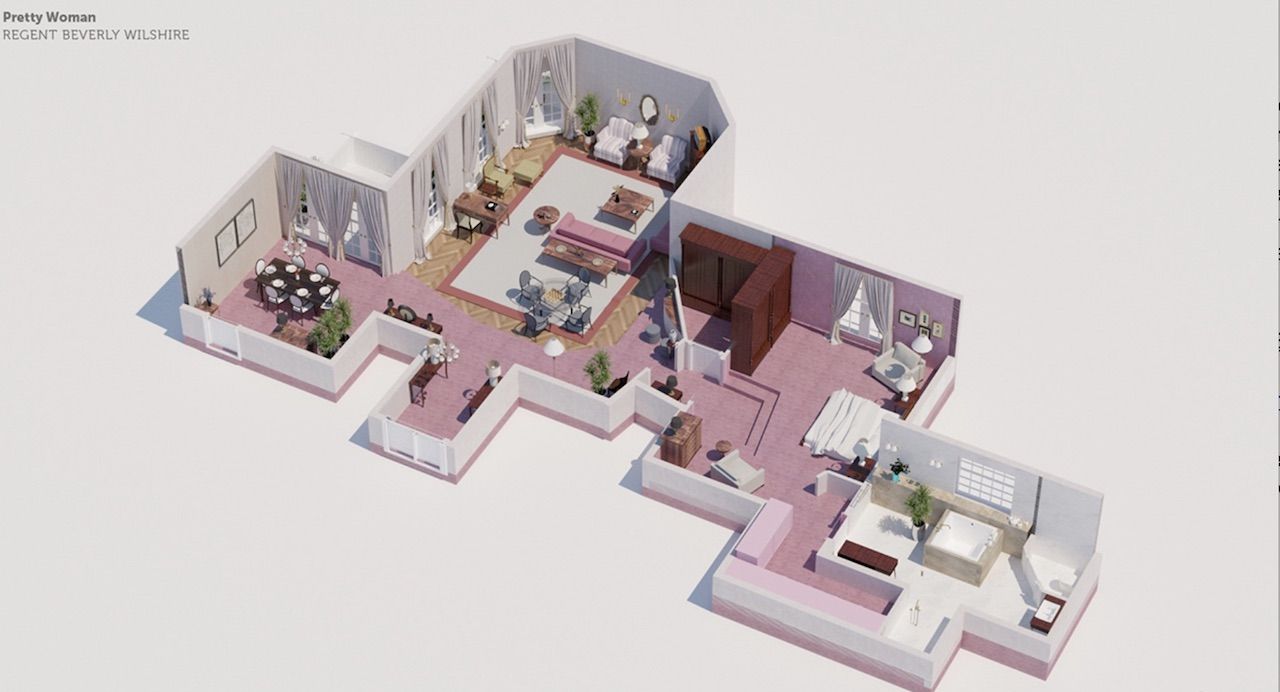 The Regent Beverly Wilshire is featured prominently in this classic Julia Roberts film. Much of the action takes place in a Los Angeles hotel, where Roberts’ newly-found luxury lifestyle plays a central role. The hotel’s striking Art Deco and Beaux Arts interior really define the movie’s aesthetic and lingers in viewers’ minds even once the film is over. 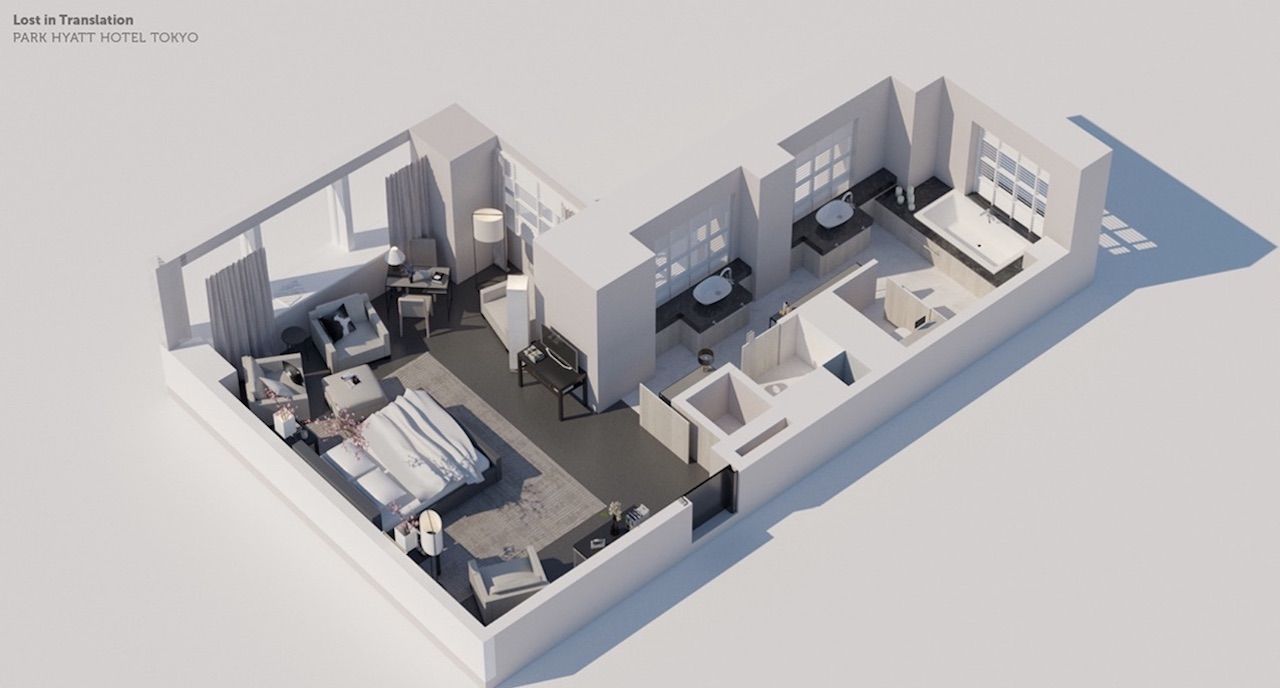 In this quirky movie, Bill Murray plays an actor confined to this luxurious Tokyo hotel located in the Kenzo Tange tower. His hotel room is huge (500 square feet) and has incredible views of Tokyo’s skyline. The Park Hyatt is also a favorite among celebrities traveling to the city. 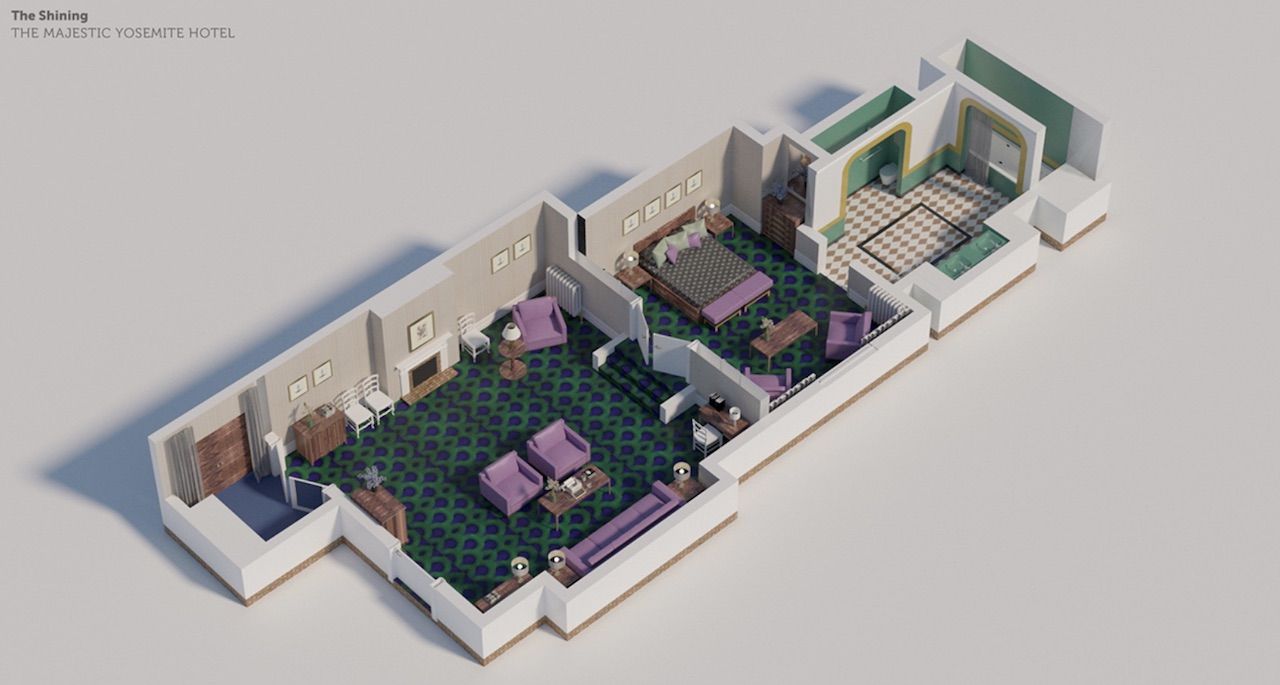 If you have a yearning for the macabre and have always wanted to stay in the hotel from The Shining, you’re in luck because you can book a room there. The real-life Majestic Yosemite Hotel isn’t actually haunted, but it is set in an incredibly peaceful area in one of the country’s most beautiful national parks. 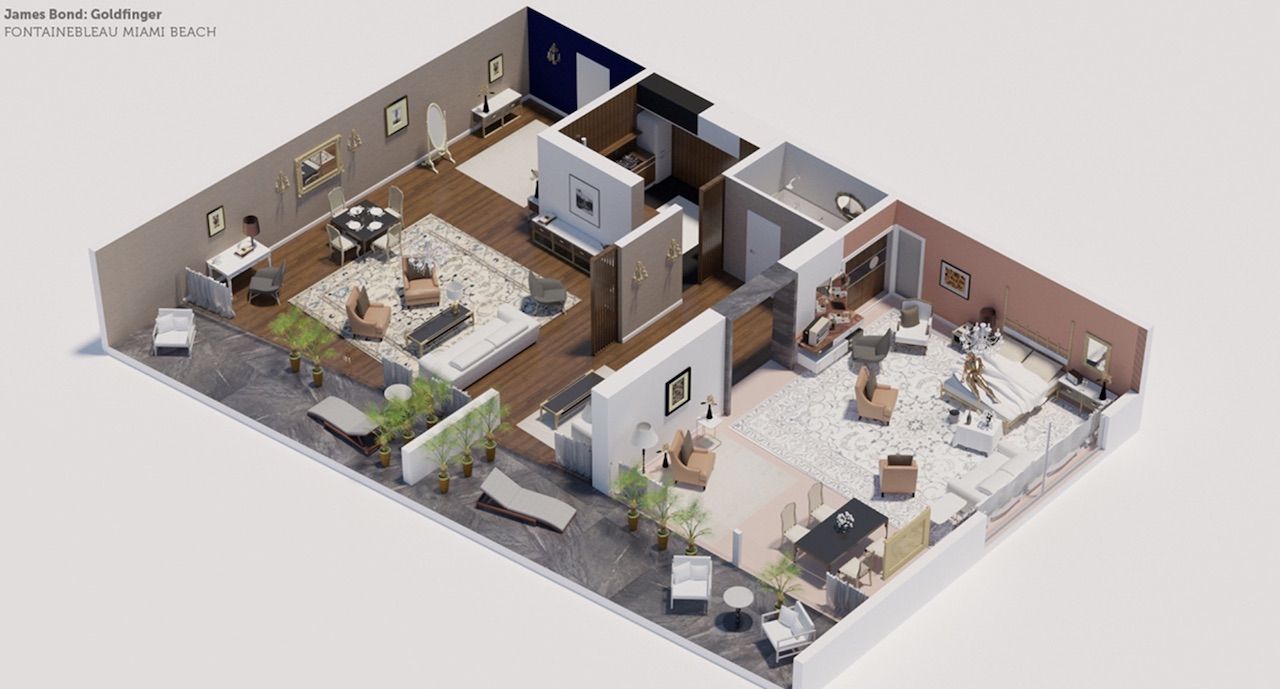 Hotel rooms are some of the most famous settings in Bond films, and the Fontainebleau in Miami might be among the most iconic. Providing a crucial backdrop for Goldfinger, this hotel is where James Bond’s girlfriend was painted to death. 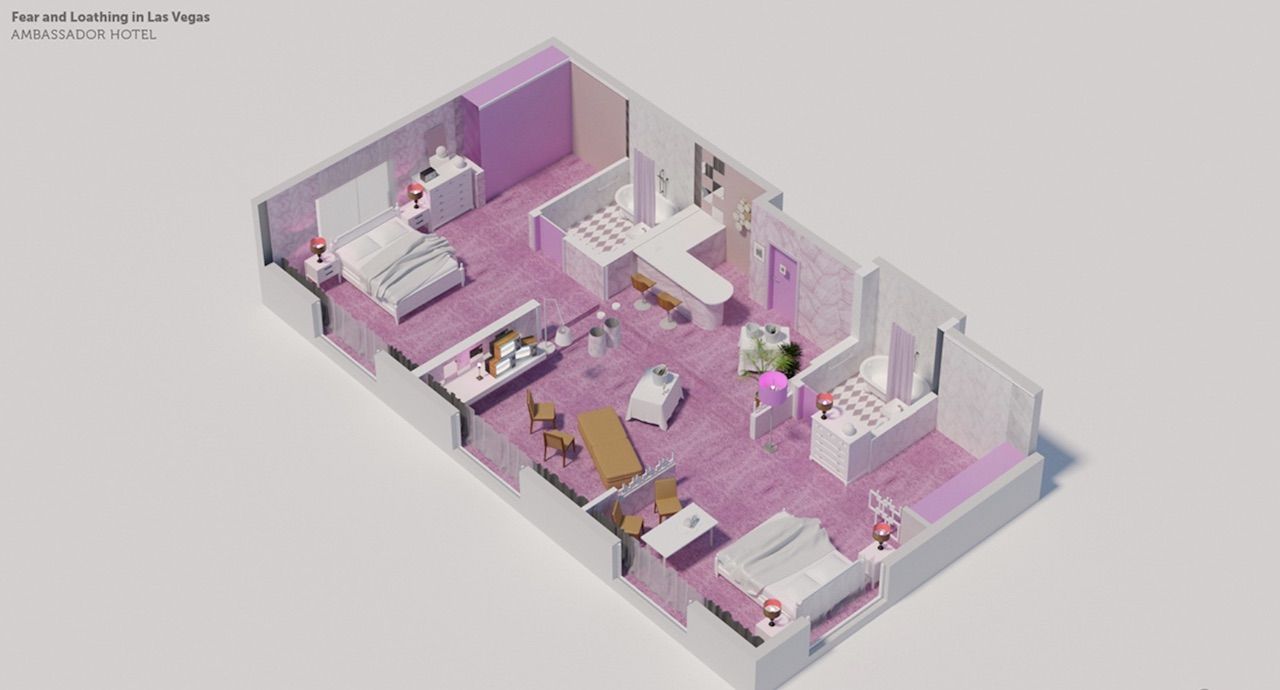 As the location for the Academy Awards ceremony for six years in a row, the site of Robert Kennedy’s assassination, and the backdrop for Fear and Loathing in Las Vegas, this hotel has definitely achieved icon status. Even though it’s not actually in Las Vegas, the hotel is inextricably associated with the famous film. Unfortunately, rooms are not available for booking, so you’ll have to live out your Fear and Loathing fantasies in other ways. 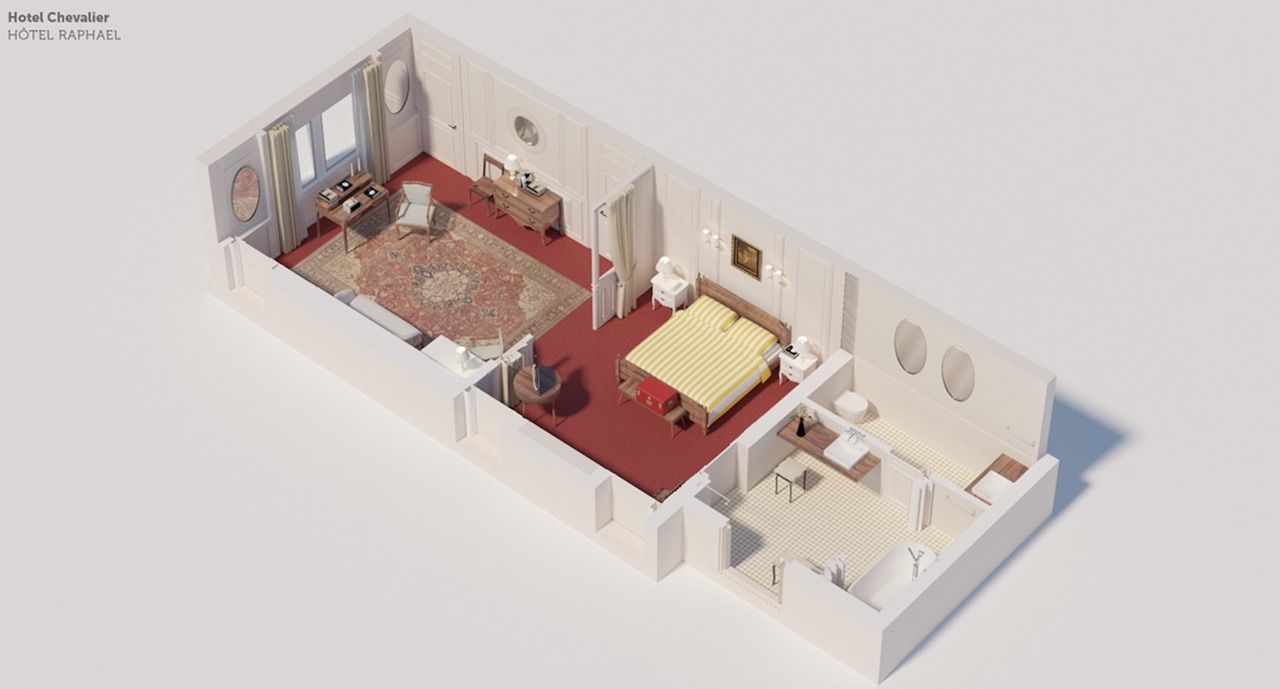 Although it makes only a brief cameo in The Darjeeling Limited, Paris’s Hotel Raphael has a memorable, vintage aesthetic. Jason Schwartzman and Natalie Portman share a luxurious, opulent hotel room, which serves as a striking contrast to the aesthetic of the rest of the film. It may bear the fictional “Hotel Chevalier” name in the film, but the hotel is very real and available for booking. 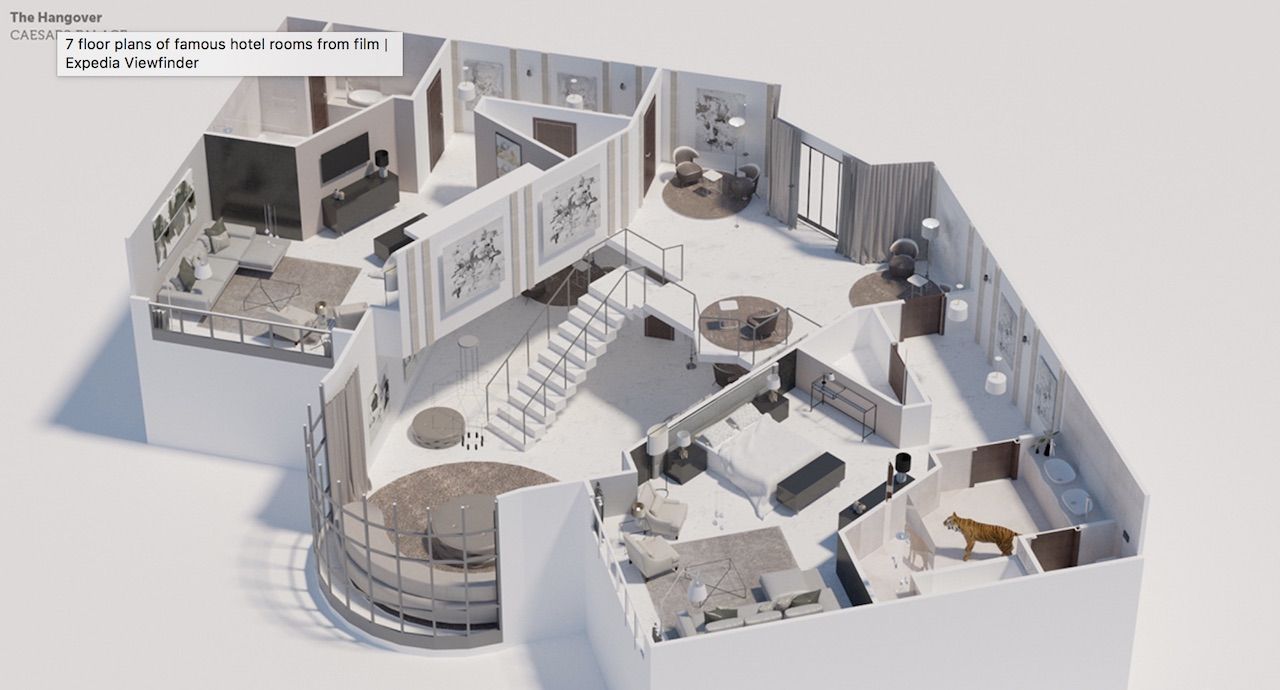 The Caesars Palace room from The Hangover is perhaps one of the most famous hotel sets in recent Hollywood history. This luxurious suite was the setting of much of the film’s action and hilarious shenanigans. This Vegas hotel was already popular, but the film’s success catapulted that popularity to new heights.

Trip Planning7 Crazy Ice Hotels To Check Out This Winter
Tagged
Entertainment Movies News
What did you think of this story?
Meh
Good
Awesome