Everyone likes to brag about their vacation. For example, you might say, “fyndið ættirðu að spyrja, vinur minn (funny you should ask, my friend). I hiked into a volcano and searched for elves and fairies. And that was just the first day.” Having never been to Iceland before, your friend might think you’ve lost your mind. However, anyone who has been to Iceland knows the country is much more than waterfalls and geysers. Alongside the natural beauty are mythologies and traditions that still inform the Icelandic way of life today. Diving into the country’s cultural offerings is as rewarding as road tripping the Golden Circle and as beautiful as gaping at the Goðafoss waterfall. To truly get a sense of Icelandic culture, these are places to put on your list. 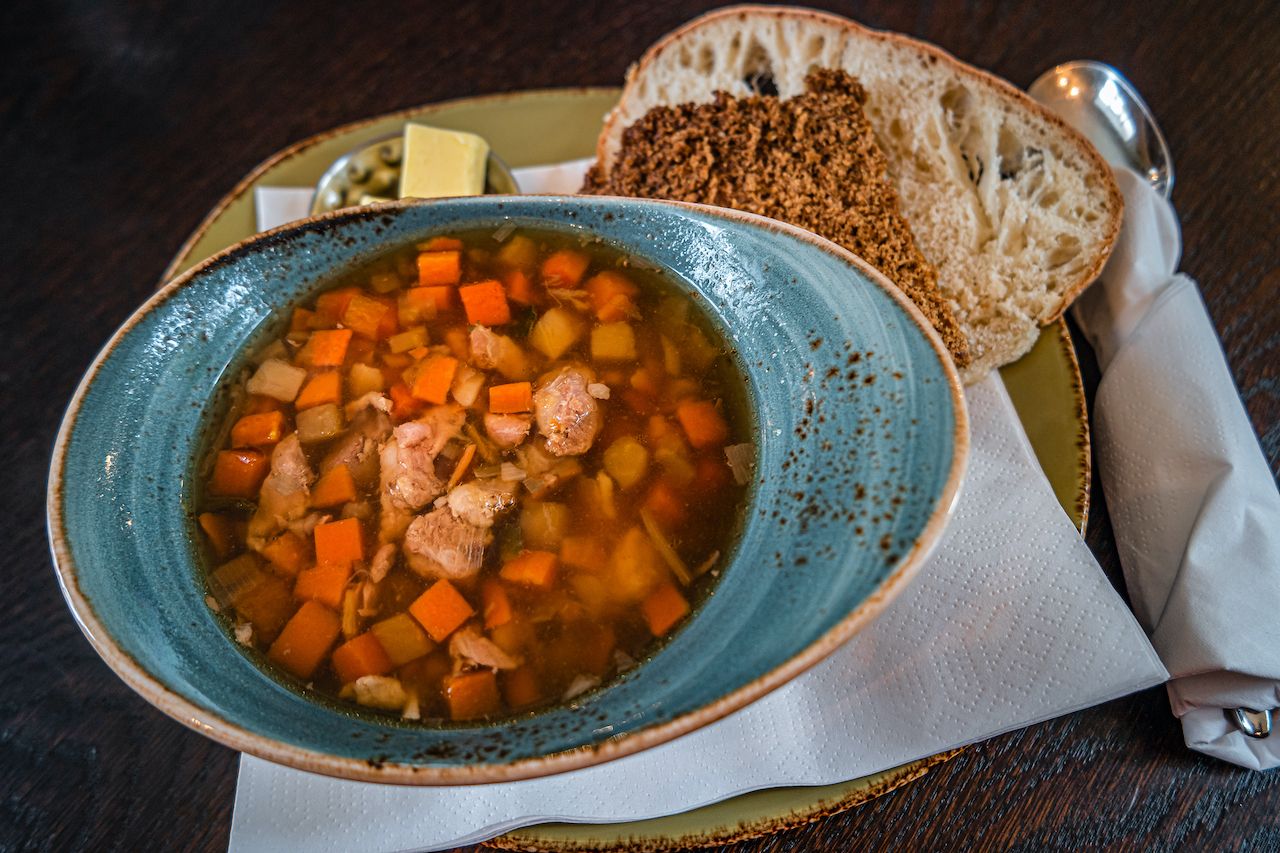 It’s not always easy to find local cuisine when you travel, particularly to popular destinations — every restaurant likes to bill itself as “authentic” in an attempt to lure unsuspecting tourists. The Reykjavik Food Lovers Tour will make sure you don’t go astray when it comes to Icelandic food. The culinary excursion leaves from Ingólfur Square in Reykjavik and hits several eateries in the capital. You’ll sample Icelandic dishes like smoked puffin, lamb soup, lamb hot dogs, and minke whale steak and learn all about the country’s culinary history and traditions. Some highlights include the food stalls at the Reykjavik Flea Market and the Sægreifinn restaurant, where you’ll try what many call the best lobster soup in the world.

2. Check out the Lava Center and Volcano tour 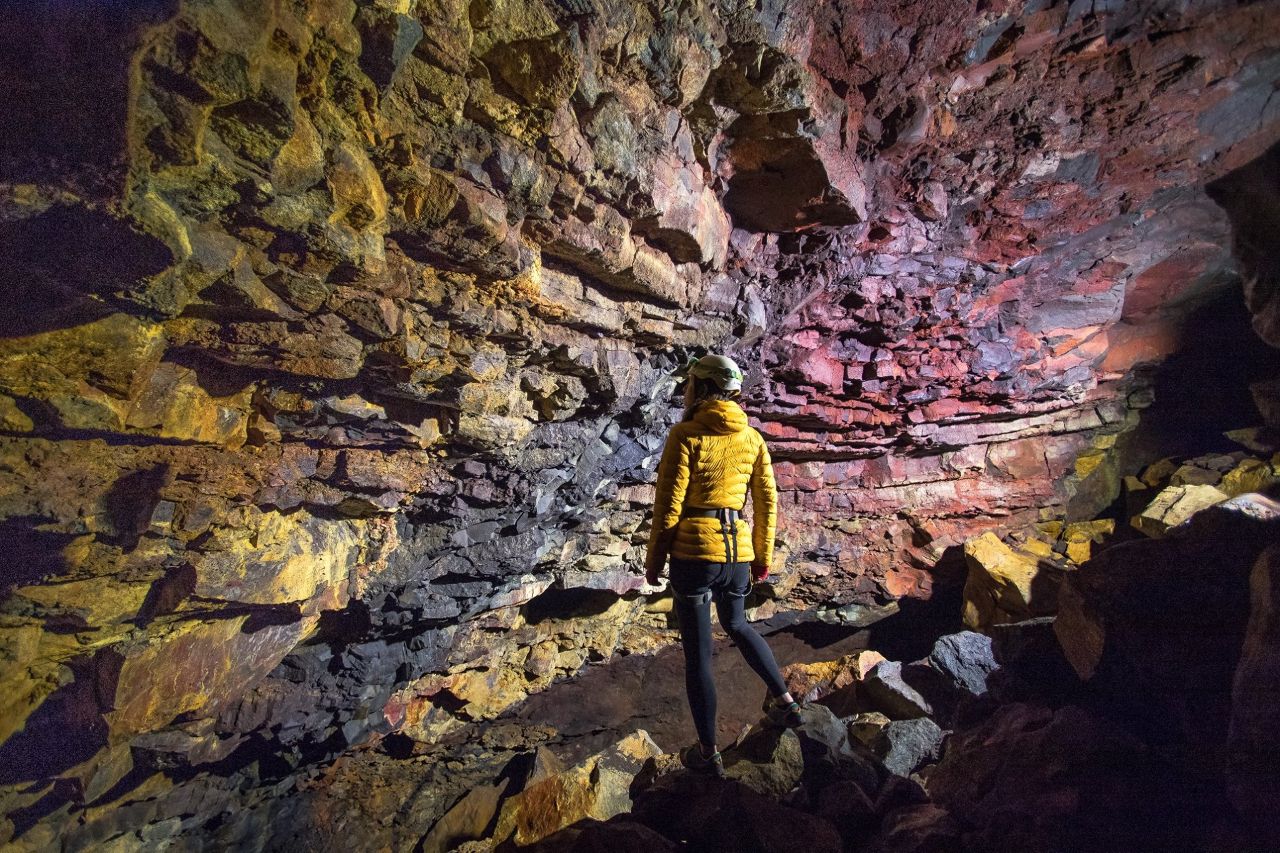 When Iceland makes the news, it’s often because one of its active volcanoes decided to stir. Iceland has a unique geological landscape, and learning about it is key to understanding the people of Iceland and their way of life. Touring the Lava Center, you’ll learn about Iceland’s birth as a landmass from a scientific perspective. One of the world’s largest volcanic islands, Iceland has been shaped by many volcanic eruptions throughout its history. This story is told in depth by the museum’s volcano and earthquake exhibition. There’s also an earthquake simulator, a replica of the magma plume underneath Iceland, and a film about the most recent volcanic activity.

More hands-on travelers might prefer to actually stare down a volcano crater themselves. Luckily, you can do it without making a treacherous and ill-conceived solo expedition. This tour of the Thrihnukagigur volcano begins with a two-mile hike to the crater, where you’ll be equipped with a helmet and harness and descend via crane into the magma chamber. Once the descent is complete, you’ll be able to explore the inside of the volcano for about an hour. 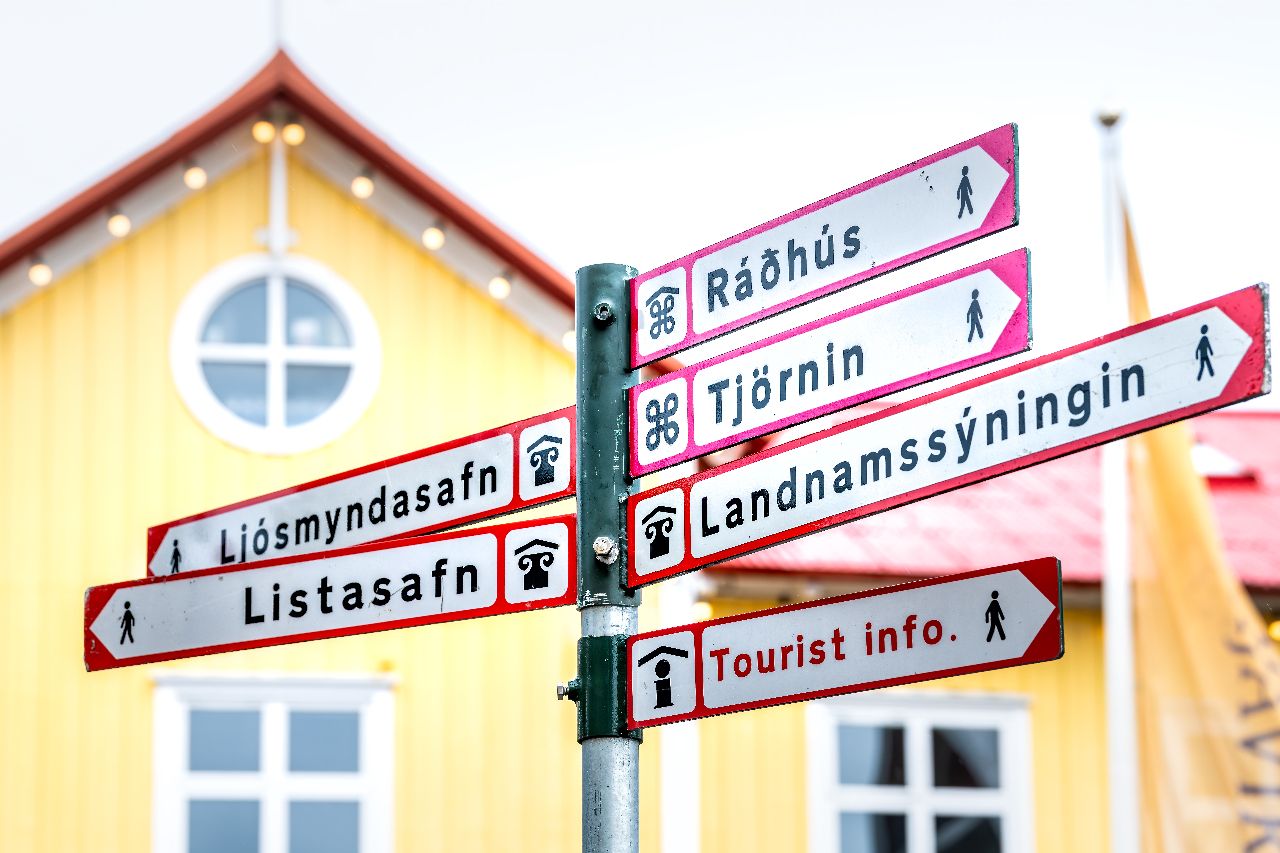 Anyone who tells you it’s possible to become fluent in Icelandic after one vacation clearly isn’t spending much time trying to express in the local language. Luckily, you don’t have to spend more than an afternoon to get a fun introduction to Icelandic and return home feeling inspired by one of the world’s oldest languages. Designed for visitors looking for a taste of local culture, this immersive language class touches on basic vocabulary and pronunciation. You’ll match Icelandic words with pictures and even learn some “survival vocabulary.” By the end, you might even be able to tell your friends, “Ég borðaði lunda á íslandi” (“I ate puffin in Iceland”). 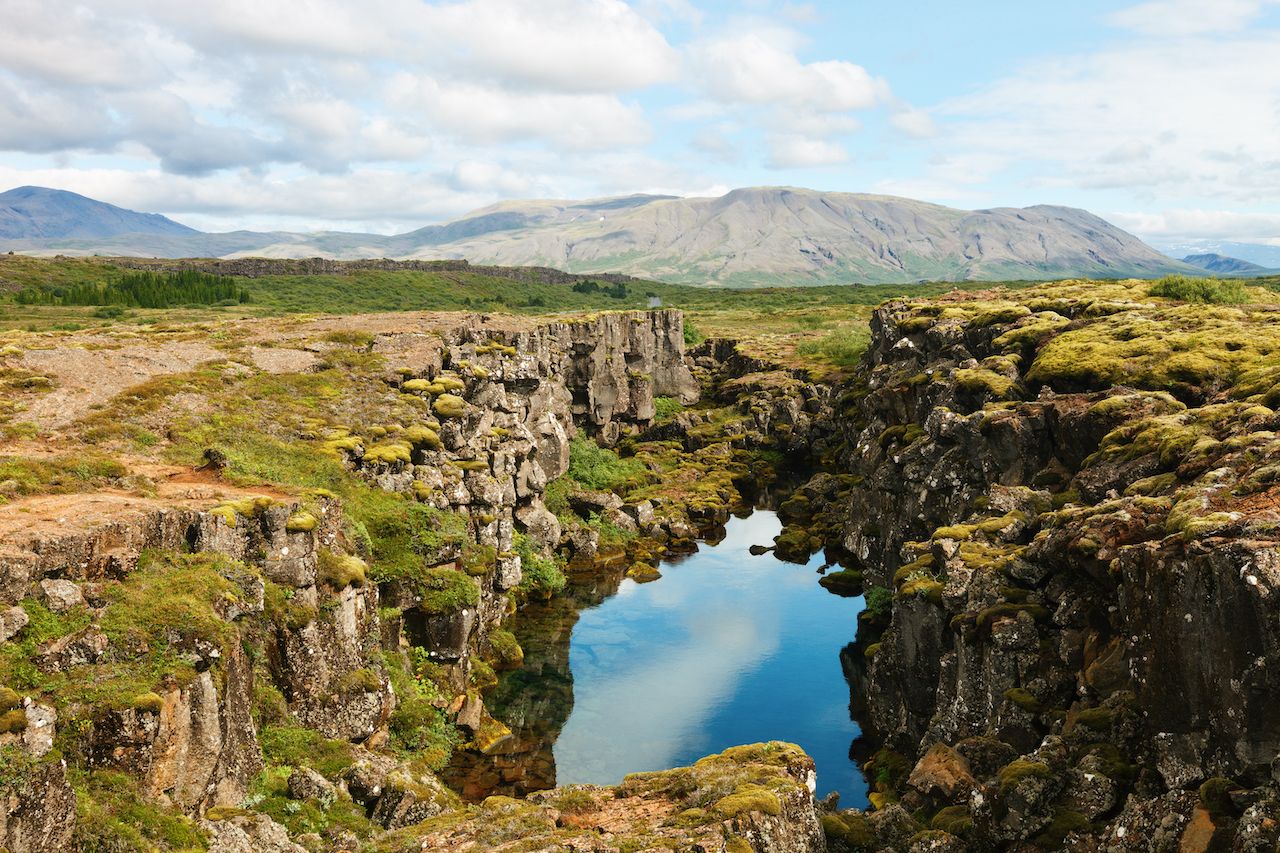 Thingvellir National Park isn’t just a gorgeous landscape. It’s also one of the country’s most culturally and historically significant sites. Founded in 930, shortly after the first settlers arrived in 874, the park is often considered the country’s birthplace. It served as a gathering place and seat of government, where laws were made and disputes settled. The park hosted banquets and sporting contests and provided a gathering place for people to exchange stories and gossip. To this day, Icelanders celebrate their most important national events and festivals at Thingvellir.

Located in the Golden Circle, about 40 minutes from Reykjavik, the park still contains relics from its parliamentary days. The Law Rock was the actual seat of parliament, where the leading chieftain and priest declared the parliament session open. Snorri’s Booth, named after chieftain Snorri Þorgrímsson, is one of the most visible remaining booths — shelters where people stayed during the two-week parliamentary sessions. Remnants of 50 booths have been found, though Snorri’s is the largest. And of course, it wouldn’t be an Icelandic national park without visiting a waterfall. Öxarárfoss is the only waterfall in the park and is accessible via a short path. 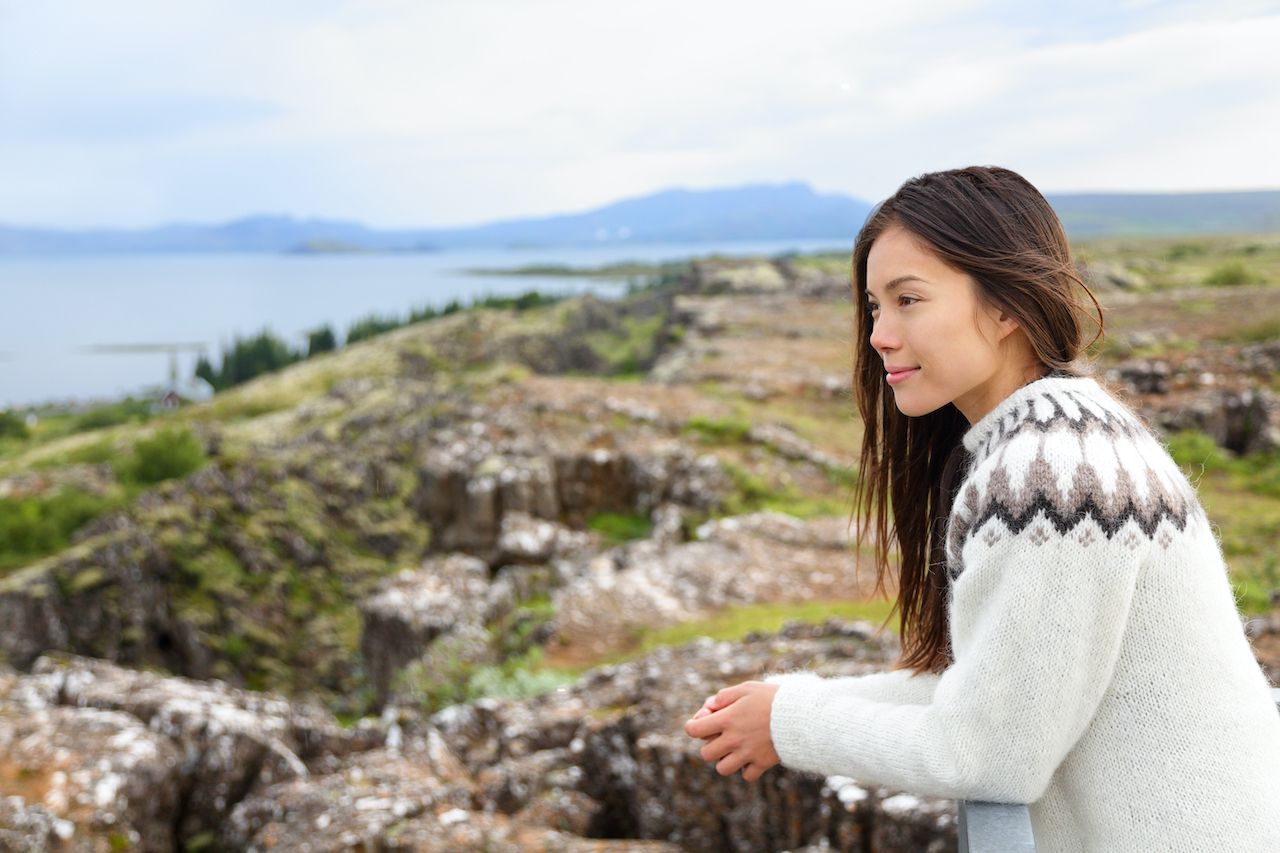 Returning from your trip to Iceland with memories is great, but returning with a hand-knit sweater is even better. Hélène Magnússon is one of Iceland’s leading knitters and designers, an expert at incorporating Icelandic knitting traditions and patterns into her work. She shares these traditions not just by selling her wares, but offering themed tours around Iceland. Her “hiking and knitting with the puffins 2021” tour, for example, takes visitors to the Westfjords, stopping at wool-friendly destinations along the way, seeing the wildlife, and taking a dip in geothermal pools. The next few days are a combination of sightseeing and knitting workshops, interweaving the traditional craft with the wonders of the surrounding landscape. She offers several other tours as well, such as “knitting in Icelandic nature,” “hiking and knitting,” and “knitting under the midnight sun.” 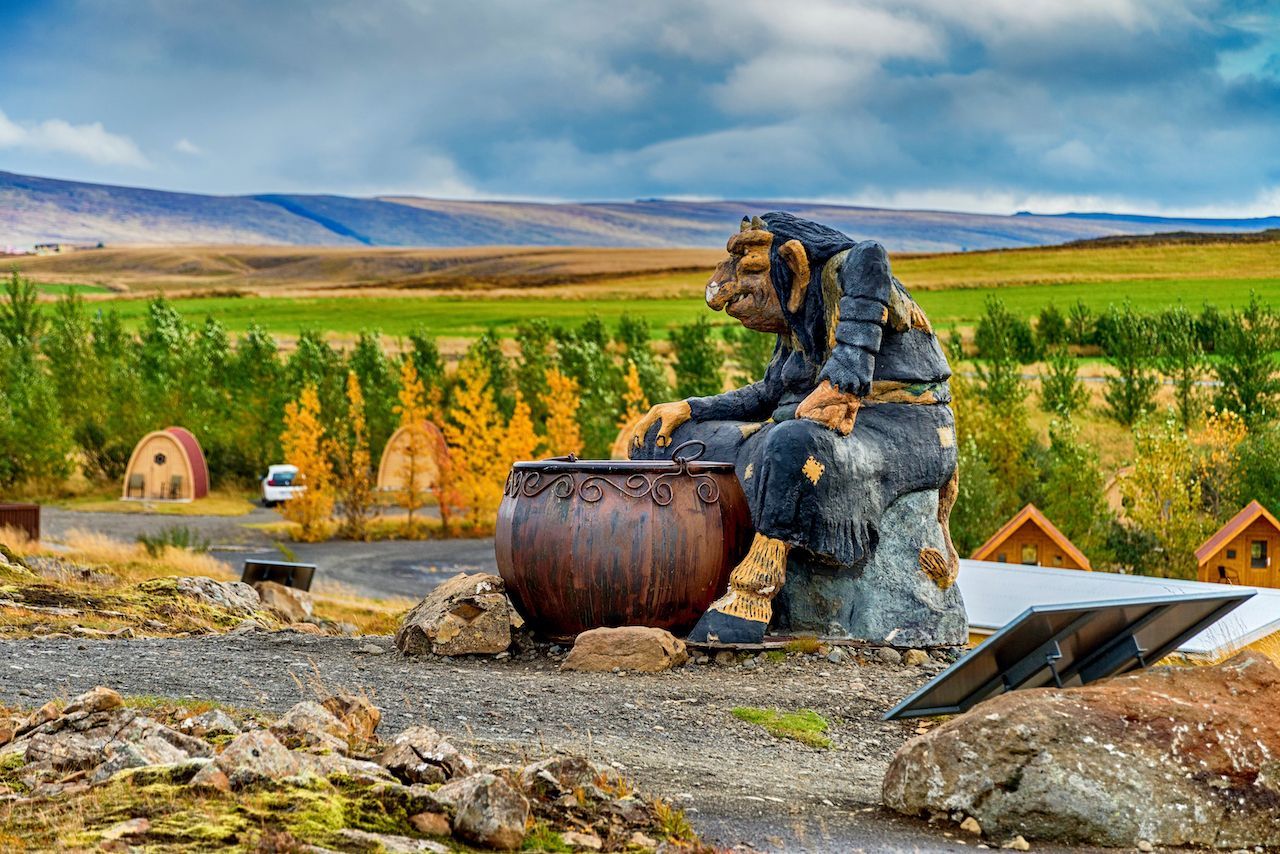 Folklore and mythology are as integral to Iceland’s foundation as its geology. Whether it’s the elves or trolls that frequently appear in Icelandic sagas or the “hidden people” — reclusive and mischievous tricksters who live in the wilderness — Iceland takes its legendary creatures seriously. Since you’re not likely to encounter a troll yourself, you might as well take a Folklore Walking Tour through Reykjavik. The tour stops at the oldest graveyard in Iceland (dating back to 900), Lake Tjörnin, the Althingi Parliament House, and other sites that have been known haunts for ghosts, elves, and trolls. You’ll also hear tales of different monsters, including the aquatic beasts living in Reykjavik Pond.

7. Create your own street art tour of Reykjavik 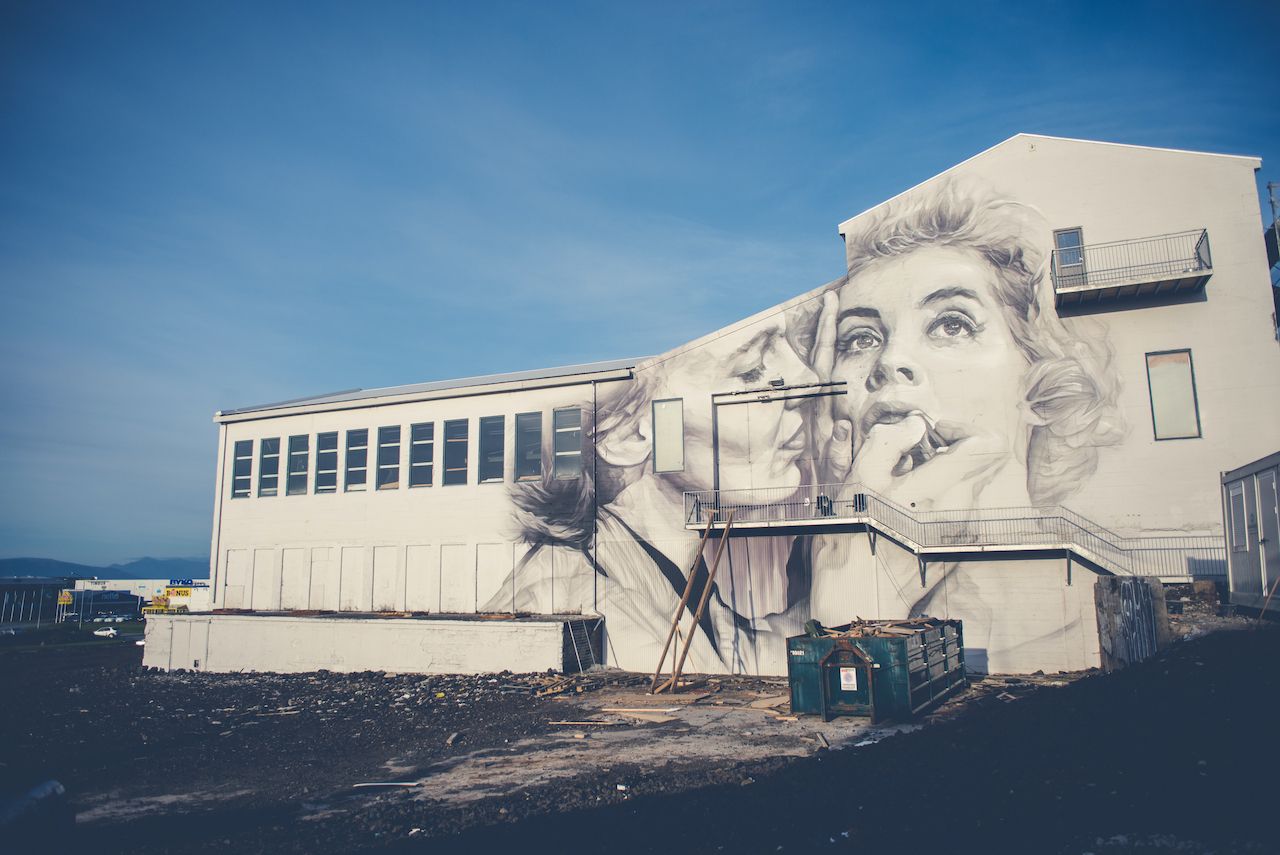 You don’t have to visit a museum to see some of Iceland’s best works of art. Reykjavik’s street art scene has exploded in recent years, with eye-catching murals appearing on buildings throughout the city. You don’t need to be accompanied by an art expert to appreciate it, either. Just take a self-guided tour through town.

Laugavegur and Grettisgata streets host many of the city’s best murals. Make sure to check out the smaller streets and alleys, several of which are filled with artworks you might not otherwise see. The Grandi Harbor area also has an abundance of murals, many created by artist Guido van Helten. Guided walking tours like those led by I Heart Reykjavik include murals, though they aren’t the main focus.

If you happen to be visiting during the winter months and don’t feel like wandering the cold streets, some galleries specialize in urban art, like The Living Art Museum and Dead Gallery. 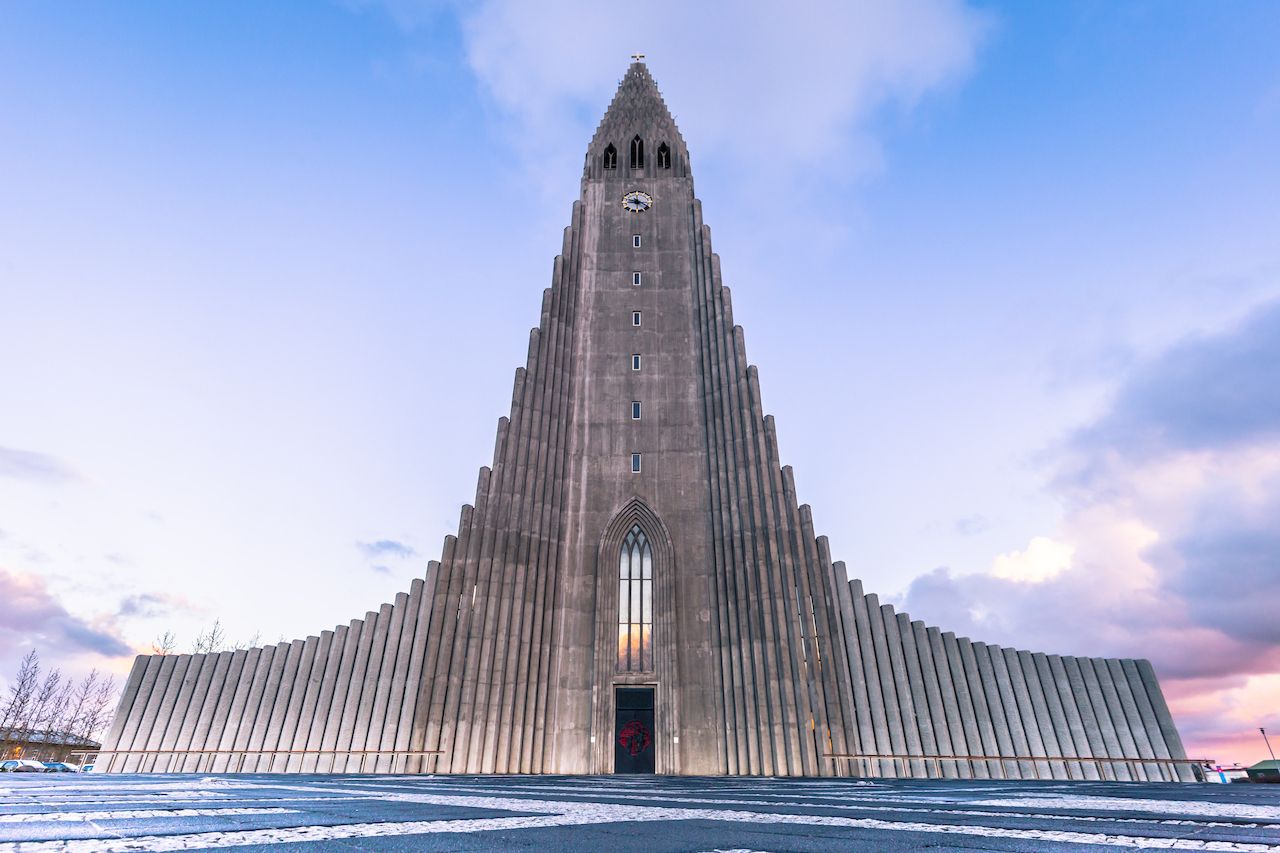 The Hallgrimskirkja Church is perhaps the most well-known human-made landmark in all of Iceland. Towering over Reykjavik at 240-feet, the church was completed in 1986 after 40 years of construction. It was designed to resemble Iceland’s landscape, particularly the basalt columns around Svartifoss waterfall and the country’s soaring mountains and glaciers. From the top of the church, you’ll get a view of the Snaefellsjokull glacier, and it’s widely considered to be the best viewpoint in all Reykjavik. Sightseeing tours of the church are available for booking.

In front of the statue, you’ll find a figure of Leif Errikson, the famous Viking and first European to arrive in North America in 1,000 AD. The statue was a gift from the United States in 1930, on the 1,000th anniversary of the founding of the Althing Parliament.

Insider GuidesThe 9 Most Touristy Places in Iceland – and Where To Go Instead
Tagged
Culture Iceland
What did you think of this story?
Meh
Good
Awesome