some of the prettiest places in the world may not sound so pretty when you see them location tagged on your next Instagram post.

From Disease Ridge to Murder Island, some great destinations have, well, pretty unfortunate names. Or least some pretty funny place names (looking at you, Middelfart). We rounded up eight of the most ominous-sounding places to dive into just why they’re called what they are — and whether they live up to their horrifying names. 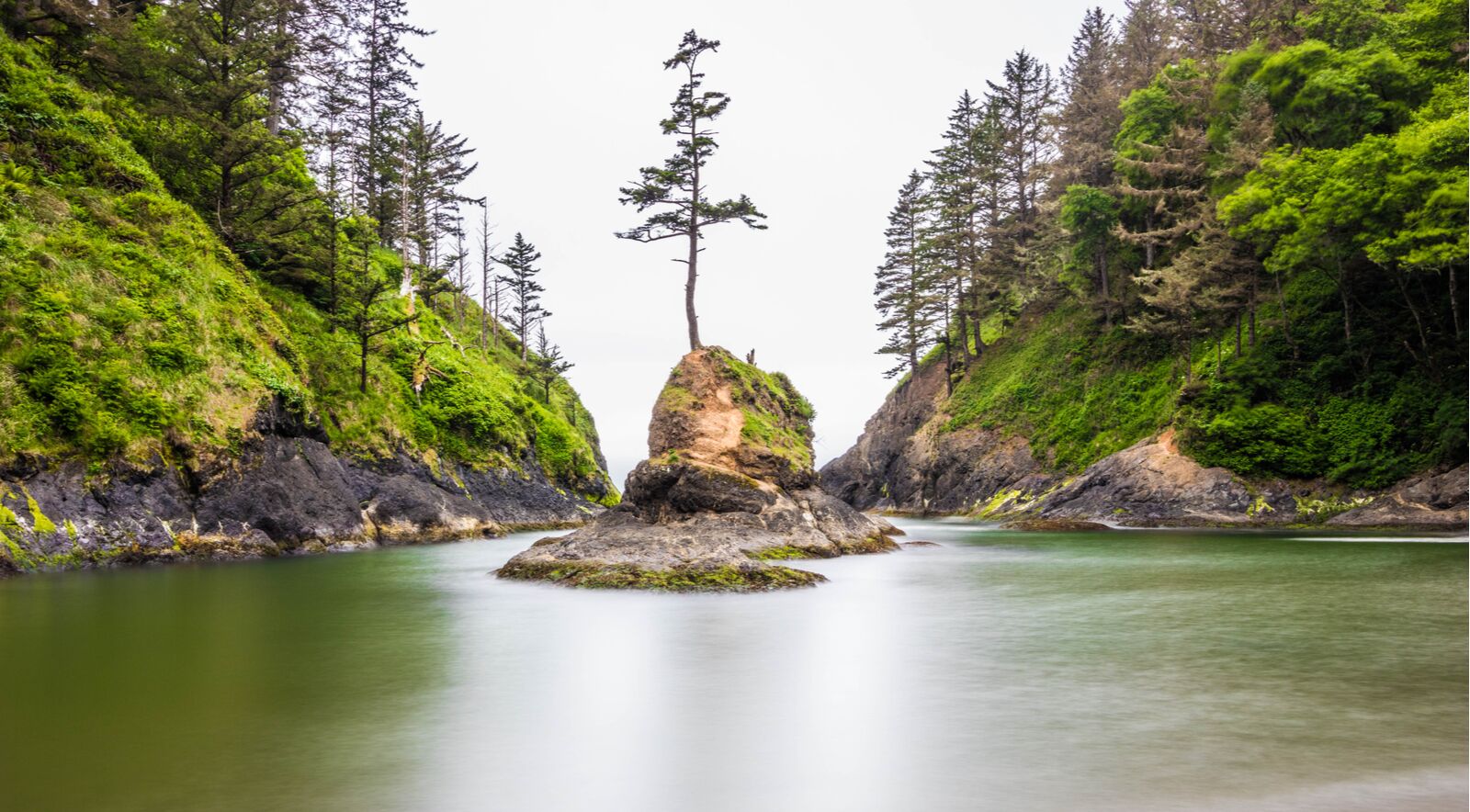 Would you want to get married at a place called Cape Disappointment? Well, you might once you see it. The beautiful cove in the Pacific Northwest is stunning as can be and a trendy spot for engagements, photos shoots, and elopements — as long as you don’t mind the moniker. The story of how it got its name is well-documented and dates to 1799. John Meares, an English captain, approached the bay, hoping it was the mouth of the Columbia River. It was and is — but Meares somehow missed that fact and named it “Cape Disappointment” accordingly. Fittingly, the most beautiful spot at Cape Disappointment is “Dead Man’s Cove.” If you ask tour operators in the area, it’s so named because of how dangerous it was to approach in a boat — you’d be a dead man if you tried it. 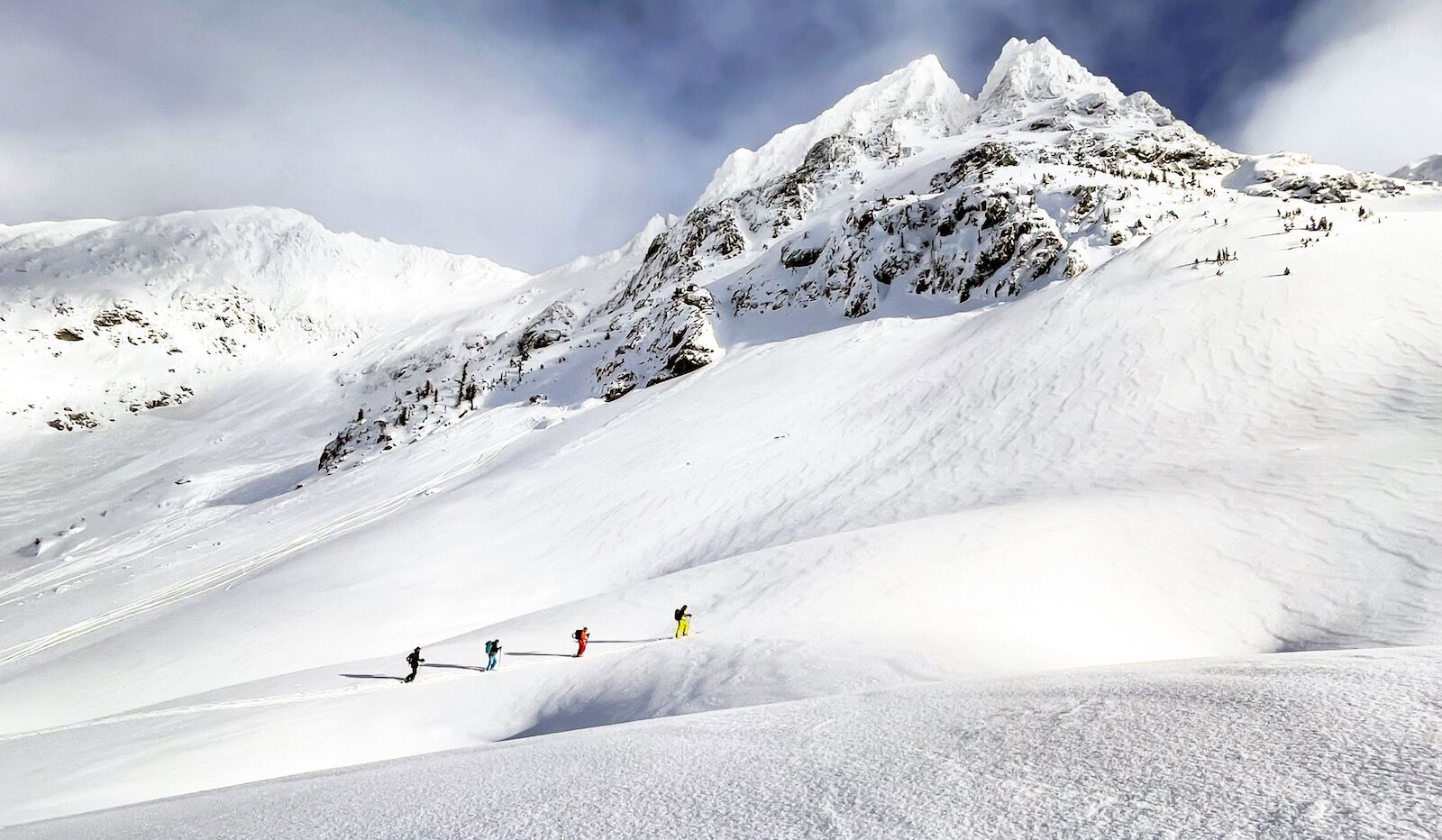 It’s easy to wonder what kind of macabre history exists at Disease Ridge — is it home to some endemic pathogen? Was there a horrific disease breakout at some time in history? But it’s so gorgeous you’ll probably be tempted to go anyway, especially if you’re a backcountry skier. Disease Ridge is the name of a stunning Ridgeline near Whistler-Blackcomb in British Columbia, and the truth is, there’s absolutely no reason for the name, other than the fact that there are some sick backcountry lines off the top). Many of the lines down the face, fittingly, are named after some of the world’s worst diseases (perhaps to scare beginner skiers away?) 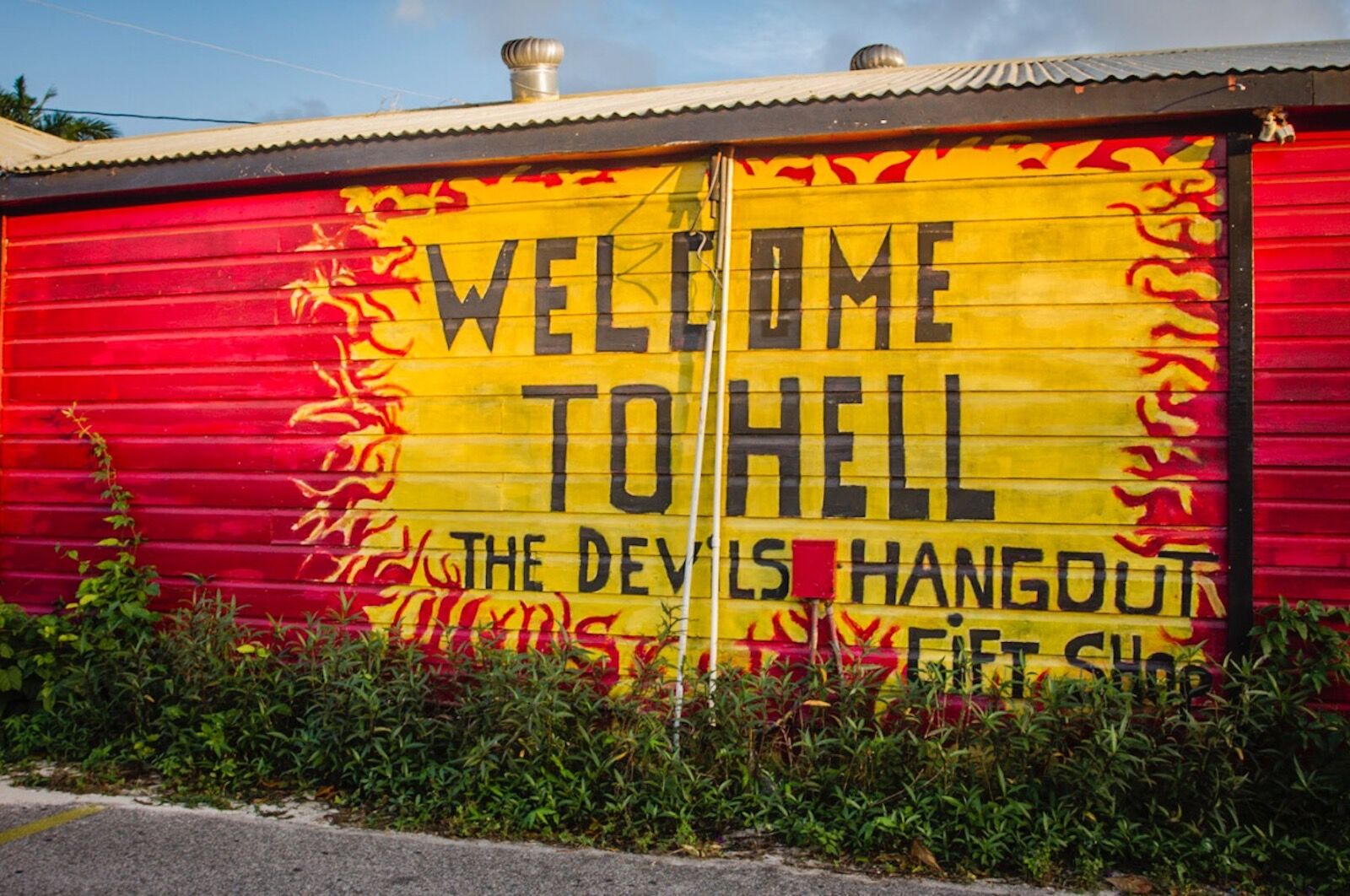 You wouldn’t think Hell would top a list of town names, but Hell, Grand Cayman, is hardly the only Hell in the world. There’s a Hell, Norway, and a Hell, Michigan, among others. However, there are no secrets to how the Cayman Islands’ Hell got its name — the small town’s dried black coral looks an awful lot like Biblical images of flames coming up from the underworld. The nearby gift shop seriously leans into the name, so don’t forget to send a postcard from Hell or take a photo with the “Welcome to Hell” sign. 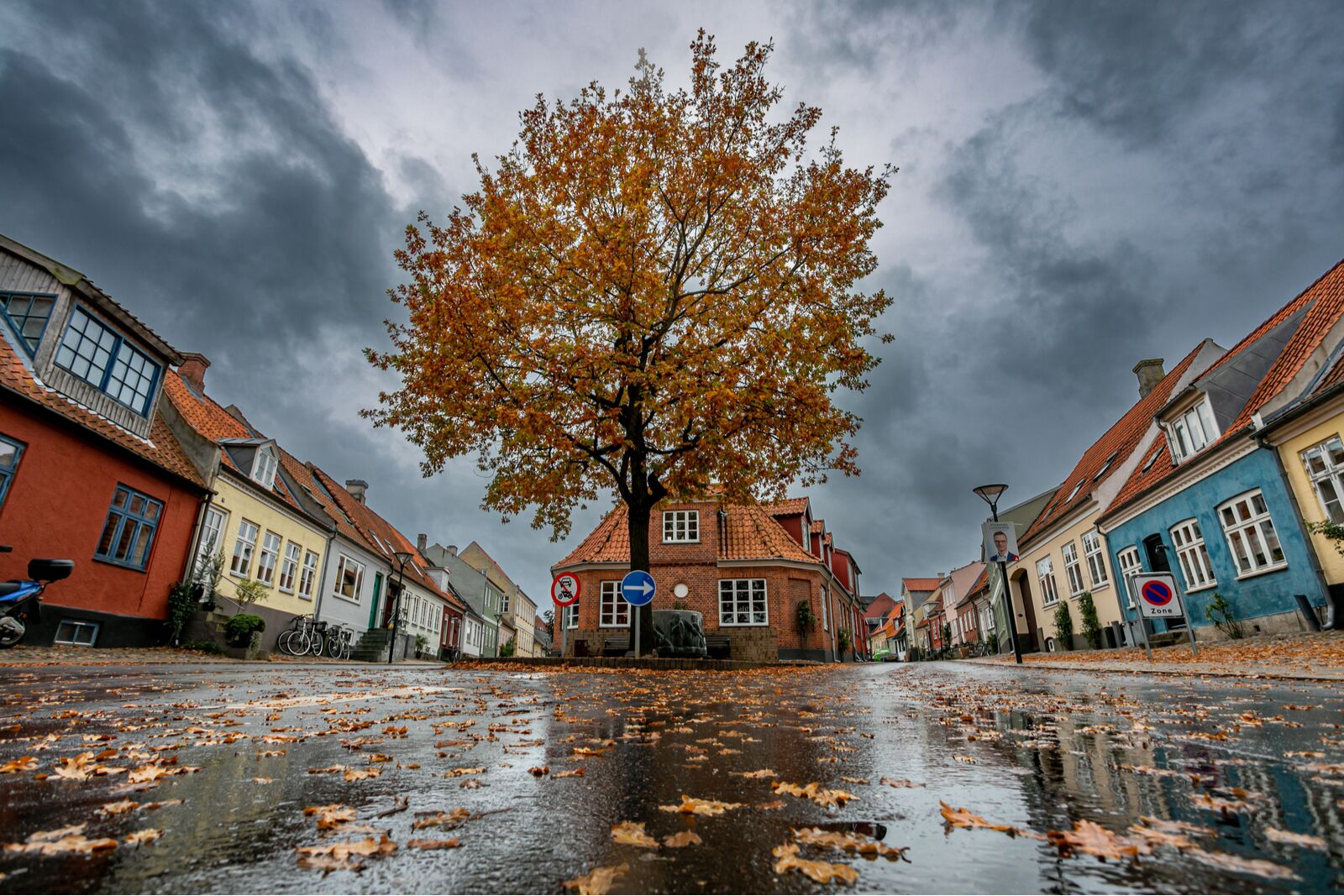 Okay, it’s not horrific, exactly, but it sure is one of the more funny place names in Europe. And you don’t have to be a teenager to think it’s funny to take a photo with the Middelfart sign, by the way. The small town is in Denmark and sits in a lovely coastal location west of Copenhagen. However, the origin of the name has nothing to do with the ol’ one-cheek squeak: depending on the translations, Middelfart means something like “passing through” or “average speed” in Danish, probably a reference to ships arriving in the port. 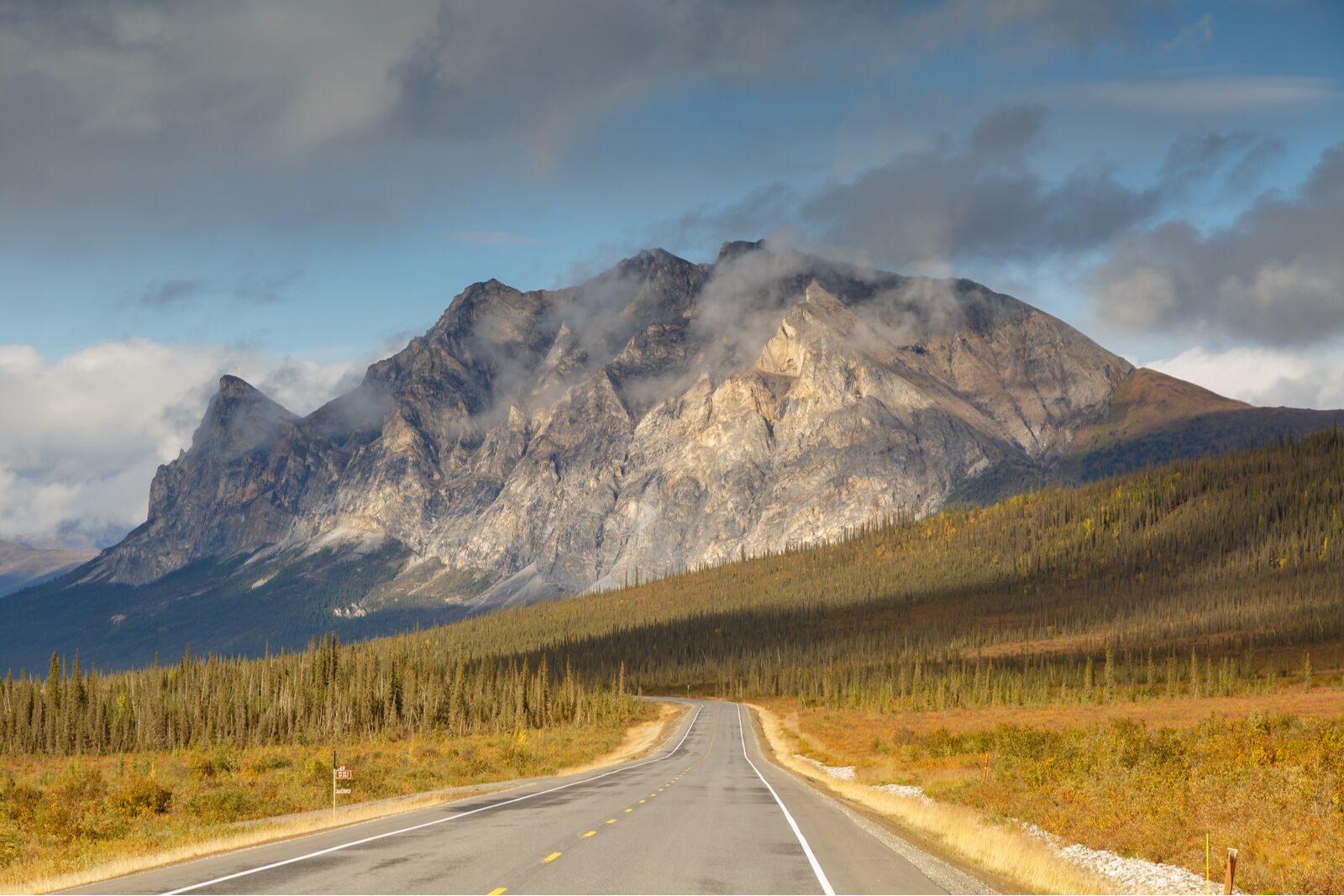 Ah, nothing makes you want to visit a place more than naming it after a nice dead horse. But there are actually several theories as to why the tiny town is called Deadhorse, and whether a horse was even involved. One suggests that an early traveler found a deer skull, thought it was a horse, and named the area “Deadhorse,” while a second theory suggests the first people to arrive in the area came on horses that later died due to summer mosquitos and winter cold. But the only vaguely historical record of the name comes from a trucking company in the 1960s called “Dead Horse Haulers,” so named either because it occasionally removed a dead horse, or perhaps because the company wasn’t hugely successful, and supporting it was akin to beating a dead horse. Either way, the name stayed, and while most residents work in the oil industry, it’s a great jumping-off point for driving the rugged and beautiful Dalton Highway. Alaska is no stranger to funny place names, but this is one of the best. 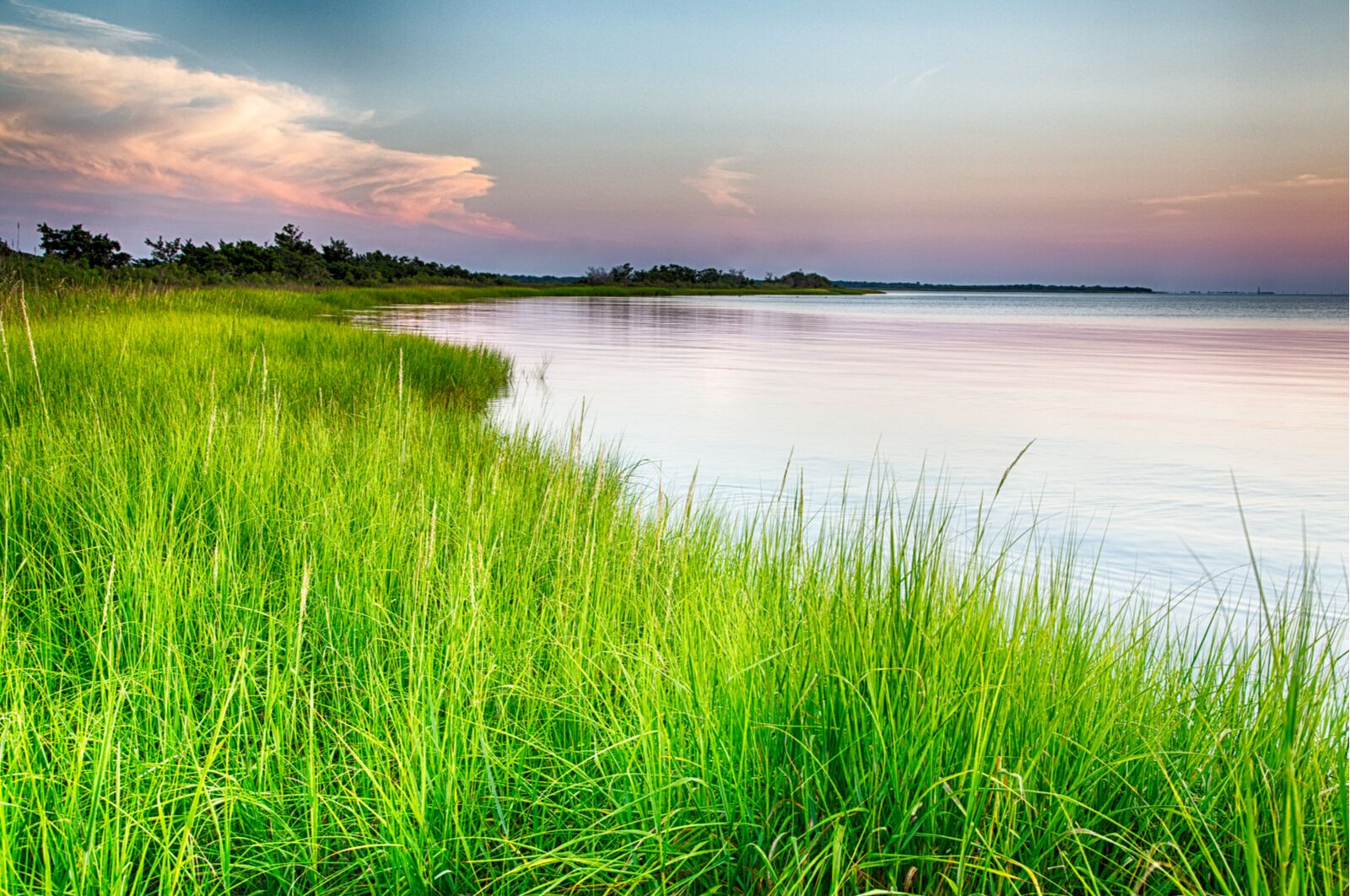 It’s a toss-up over the more ominous place name: Cape Disappointment, or Cape Fear. But we’d probably same Cape Fear. But fortunately, they’re both inviting and beautiful in real life. Cape Fear is in a cute little coastal town with excellent seafood restaurants and is not a particularly scary place in any sense (unless you’re afraid of weekend tourists). The name dates back to Roanoke, the ill-fated colony that mysteriously disappeared in 1590. But that was actually not the first Roanoke. The first was in North Carolina, established in 1584. On the way in, then-Governor John White nearly crashed on the shallow shores, thus calling the entrance to the new colony “Cape Fear.” (A few years later, it was decided to move the Roanoke colony north to Virginia.) 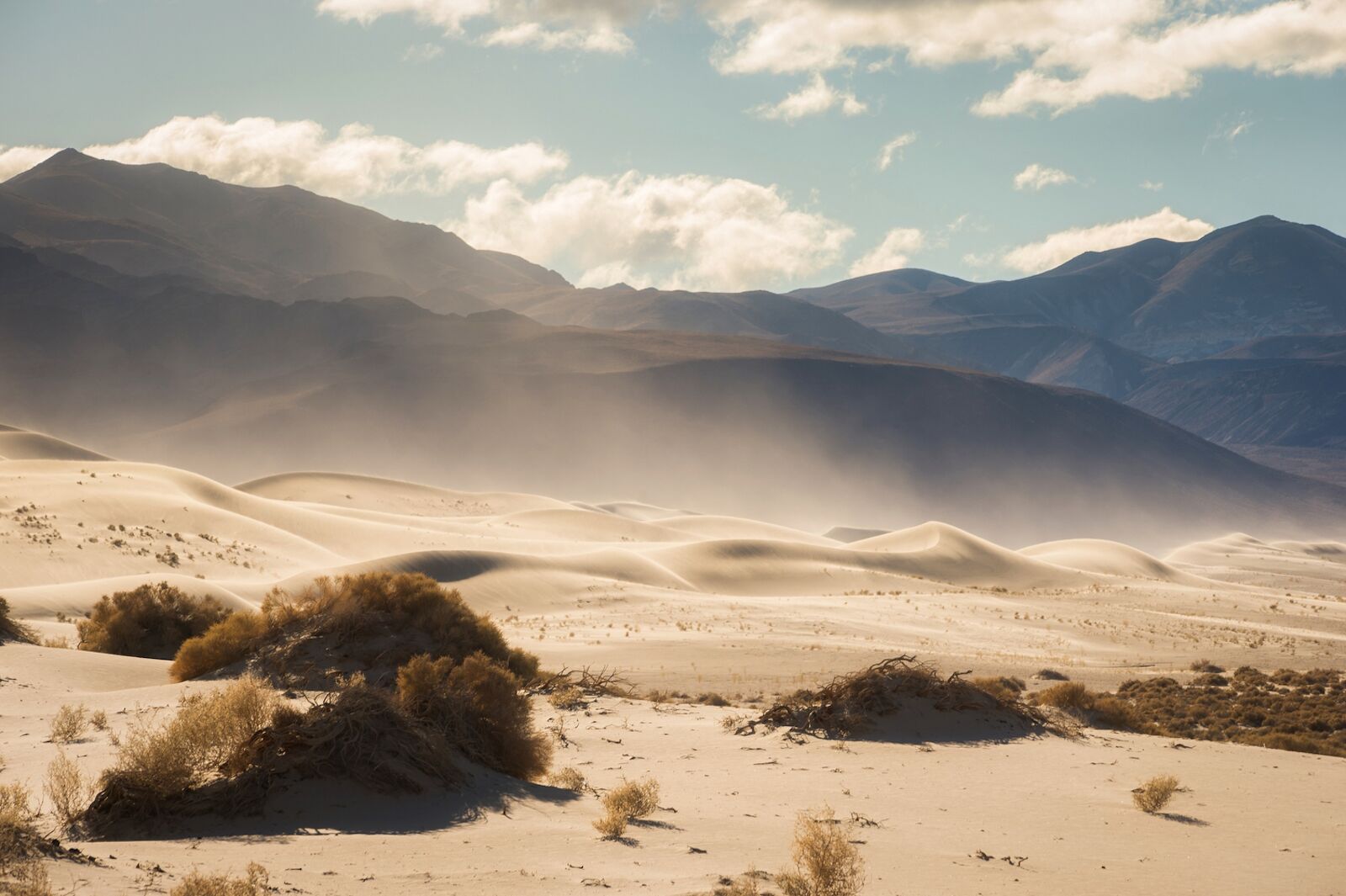 With the hottest temperatures in the continental US, it’s not a huge surprise why the more than three million acres in Southern California are collectively called Death Valley. According to the National Park Service, the name comes from a group of Gold Rushers (also known as ’49ers) lost in the vast desert. When they finally found their way out, they bid farewell to “Death Valley,” and the name stuck.

The park is full of funny place names, some of which are quite foreboding. Badwater Basin is the lowest place in the continental US at 282 feet below sea level, Devil’s Golf Course is so-named because of temperatures so hot that only the Devil himself would play there, and the “Funeral Mountains” don’t exactly sound like a great place to camp. 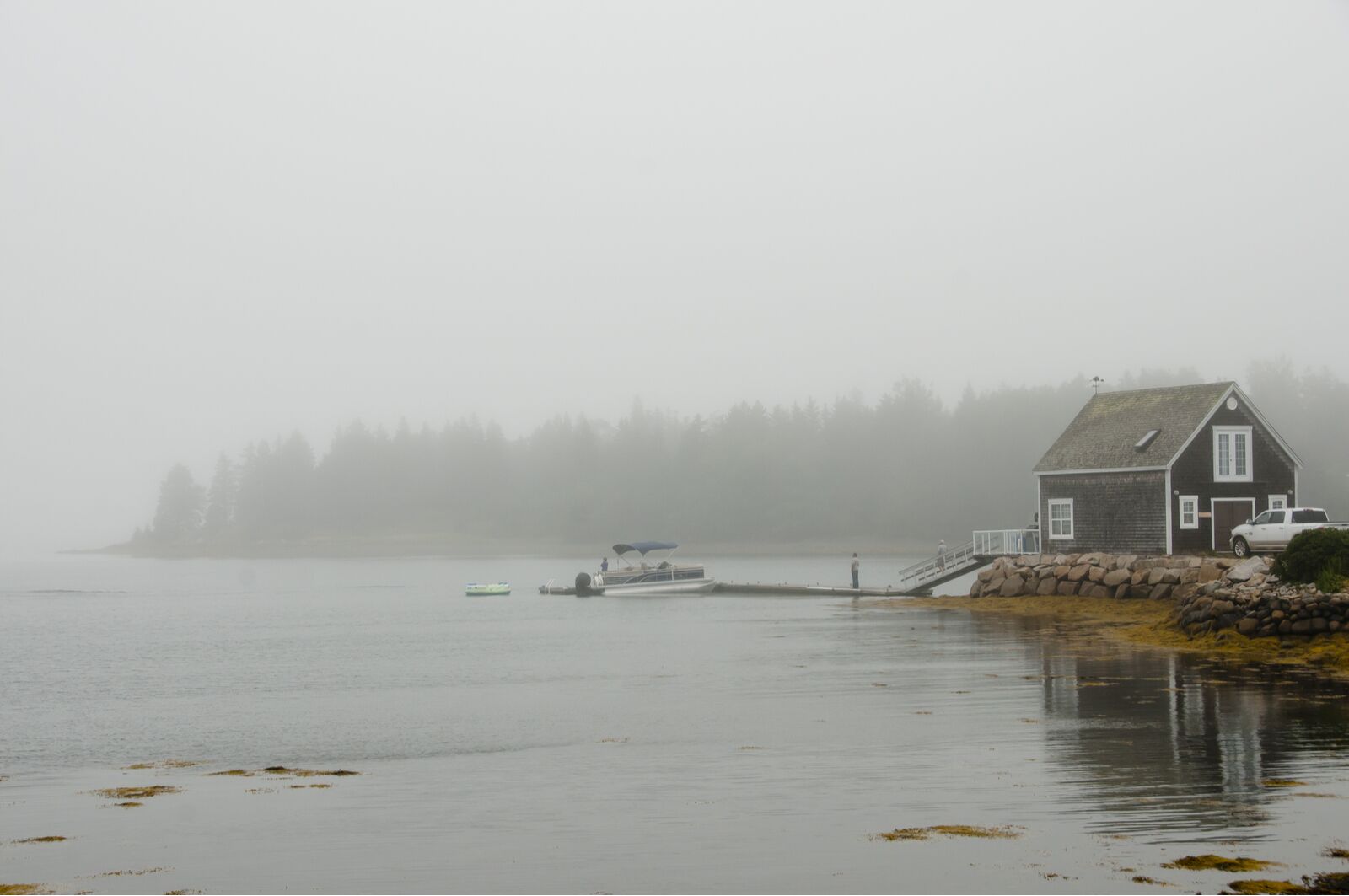 In the Tusket Island Chain in Nova Scotia, most places have fairly standard names: Dog Island, Owl’s Head Island, Green Island. But one that doesn’t inspire visions of a pleasant day at sea is Murder Island — or Île du Massacre, if you’re feeling fancy.

Like Deadhorse, there are a few theories to the name’s origin. One historical record suggests that a ship was found on the island, with only one survivor and covered in blood. As was standard at the time, sailors blamed Indigenous peoples for the “massacre.” Another theory says the island was used around the same time to unload the dead bodies of travelers who died of smallpox during Atlantic Ocean crossings.

The islands are most known to travelers today as the site of the famous “Oak Island Treasure,” a potentially non-existent pirate treasure said to have been buried in the 1800s. Finding it is the premise of the “The Curse of Oak Island” show on the Discovery Channel. Today, most visitors see the islands as part of fishing tours in the summer.

Culture7 Most Fascinating Dark Tourism Destinations Around the World
Tagged
Humor Outdoor
What did you think of this story?
Meh
Good
Awesome