As with most major cities, it takes time to get to know the true character of Toronto. Most visitors cluster around downtown exploring its dozens of neighborhoods. Many are doing this through the experience of a home-away-from-home environment via Airbnb. Here’s a quick guide to some of the city’s hoods and a selection of the best Airbnb options.

If you only have time for one neighborhood, make it the Old Town, birthplace of the city. Grab breakfast or lunch at St-Lawrence Market (Tuesday to Saturday) then follow the tree-lined Esplanade to the Distillery District, a pedestrianized area of Victorian industrial buildings converted into high-end shops, galleries, restaurants, and cafés. Make your way back along King Street East and keep an eye out for the old red-brick buildings, many of which date back to the mid-19th century. Admire the gardens in pretty St. James Park next to its eponymous cathedral, before walking down Church Street to the Flatiron building. Don’t forget to check out the mural and small park at the back. 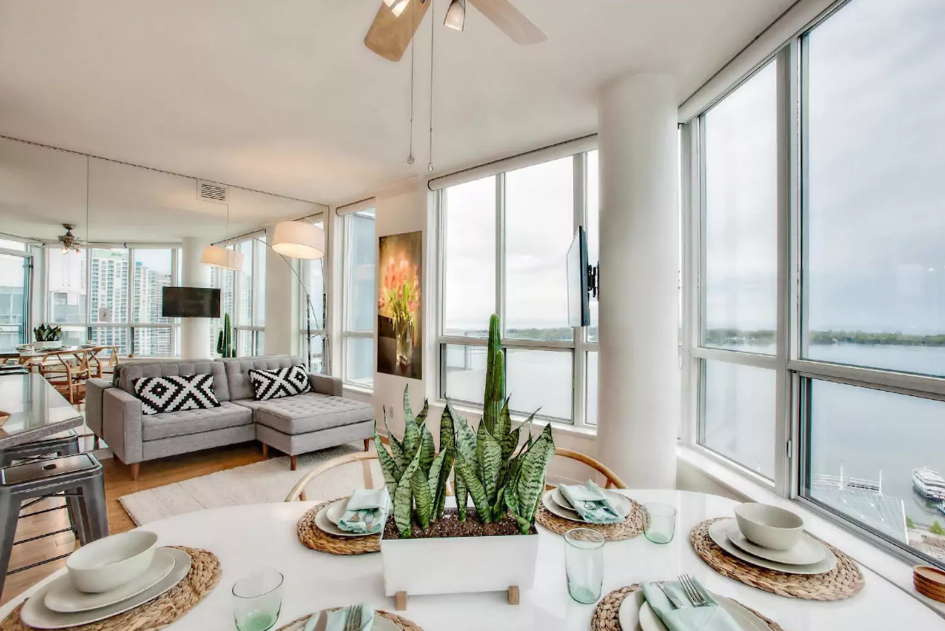 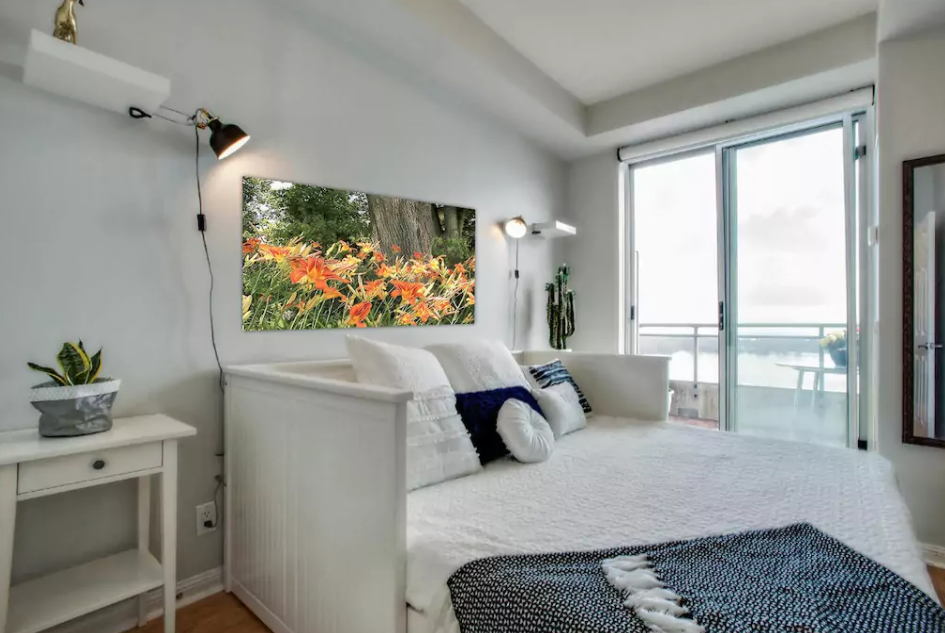 The financial heart of Canada. Go on a weekday when the place crawls with suits, and the shops along the underground walkways (PATH) are open. Start at Nathan Phillip Square for the modern City Hall and beautiful old City Hall (now the Court House). Meander between the glass-and-steel skyscrapers to discover courtyards with sculptures and fountains, such as the elephants in Commerce Court Plaza and the bronze cows on the grass next to the TD Centre. At Front and Bay, visit the atrium of Brookfield Place and have lunch at the Marché Restaurant. Then walk up stately University Avenue, designed to resemble a French Boulevard with fountains, statues, and flowerbeds. 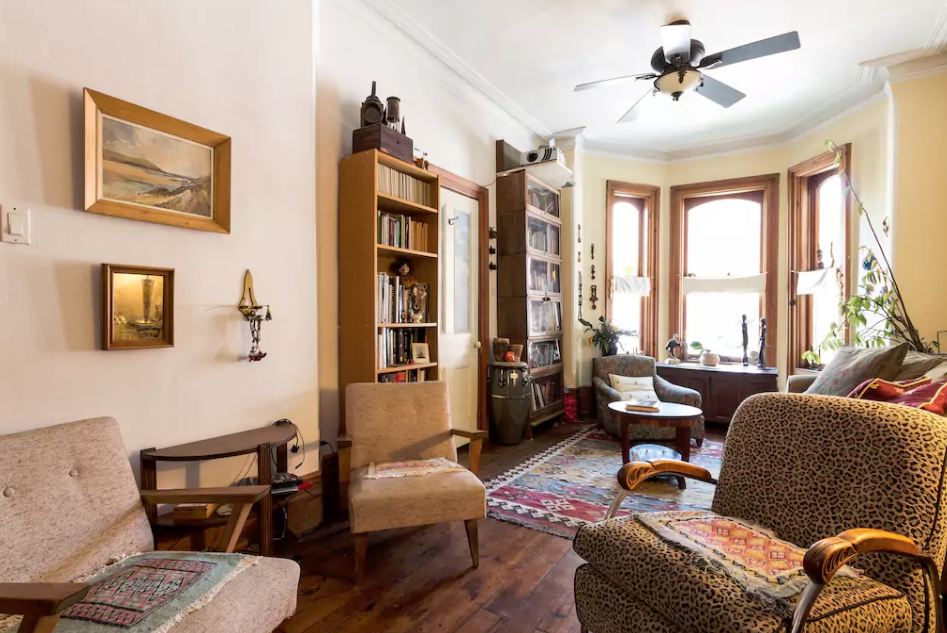 Buzzing with activity on weekend evenings, this is Toronto’s playground, centered on Queen and King streets, just west of the Financial District. Browse the trendy shops, have dinner at The Queen Mother (or anywhere else that looks good), catch a Broadway play or a movie, then hit a bar or a nightclub to round up the night. For something a little more laid-back, keep walking west on Queen Street past Bathurst Avenue, to hip West Queen West for art, culture and fun. Relax in spacious Trinity-Bellwood Park, and have a coffee and pastry at Clafouti, or a full meal and live music at The Drake or The Gladstone hotel. On the way, check out Graffiti Alley, squeezed between Queen and Richmond Streets, west of Spadina. 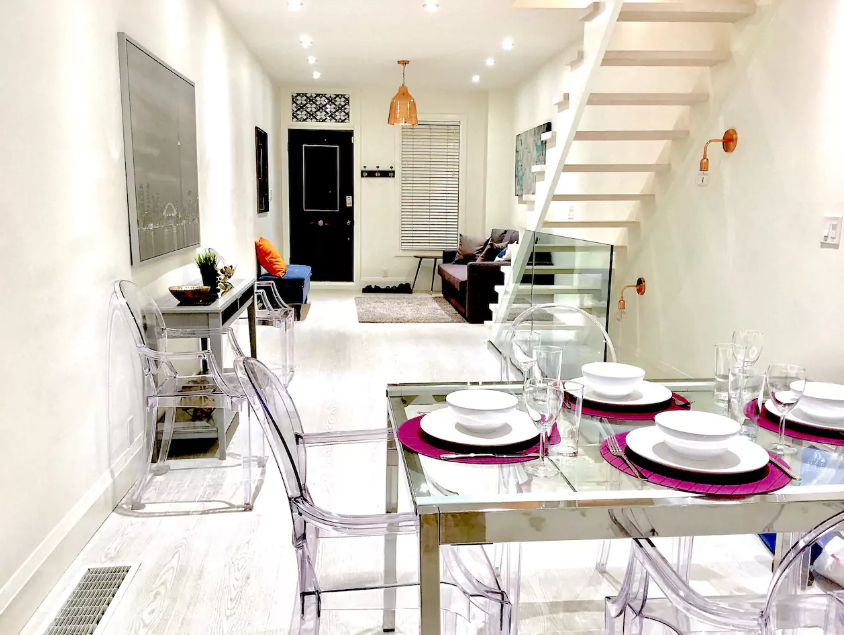 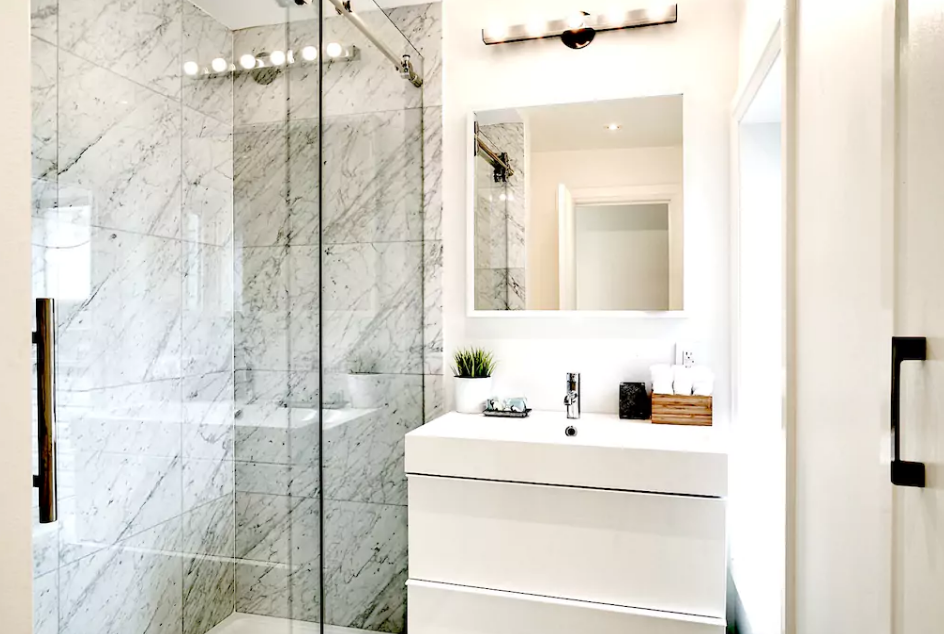 Toronto’s main Chinatown at Dundas and Spadina is always busy and atmospheric, especially on weekends. Go for dim sum (arrive by 11am to get a table) then follow the throngs of shoppers into Chinese grocery stores, bakeries, and knick-knack shops. This is the perfect place for buying cheap souvenirs. Calm down by paying a visit to the Art Gallery of Ontario (AGO) on Dundas. If you’re around later in the day, have an early dinner at Lee Garden. To the west of Spadina is Kensington Market, the most multi-cultural area of the city. Walk around this bohemian neighborhood and pop into vintage clothing stores. Take a break at one of the small family eateries running the gamut from Lebanese to Mexican. Admire the urban art, or shop for fresh food. 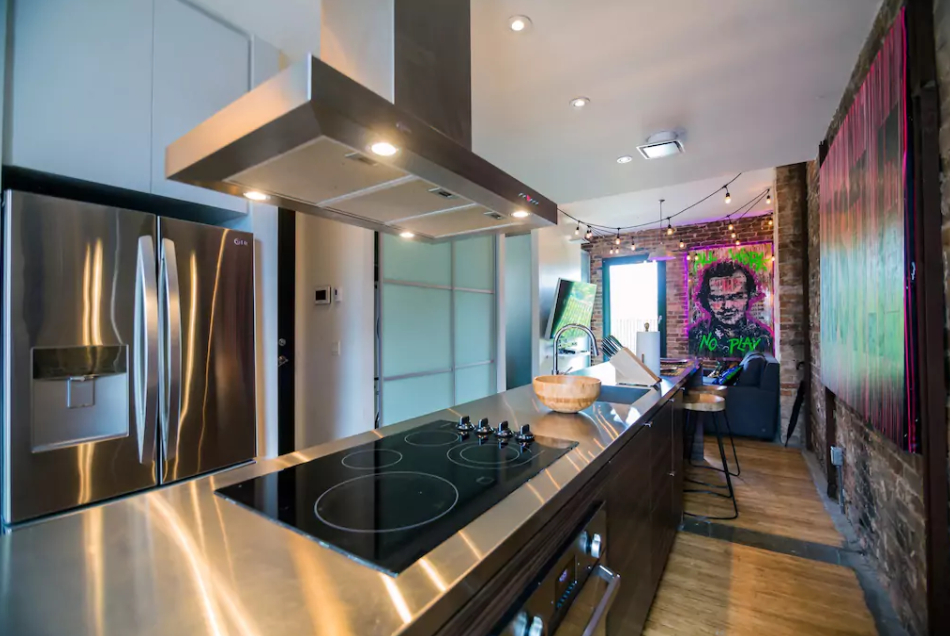 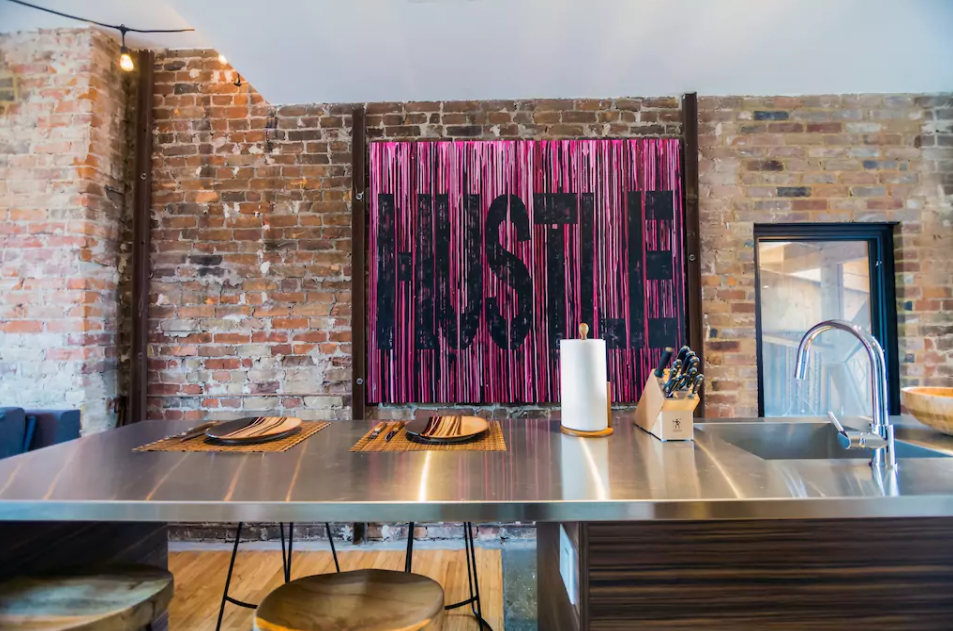 This area has open views of Lake Ontario, and is where all downtownites and tourists converge on a warm sunny day. Start early to avoid the crowds and take the ferry at the foot of Bay Street to Centre Island. Rent a bike or walk to Hanlan’s Point and its clothing-optional beach, or take a shorter walk to Ward’s Island. Have a bite to eat on the shady terrace of The Rectory Café on the way to Ward’s old-fashioned residential community. Back on the mainland, head west along the lake to Harbourfront. Take a cruise on tall ship Kajama, enjoy the buskers or a free show on the open-air stage, then try some tasty snacks at the ethnic food stands (summer only). If you can afford the steep admission price, go up the CN Tower (on a clear day) and visit Ripley’s Aquarium, Toronto’s newest attraction. 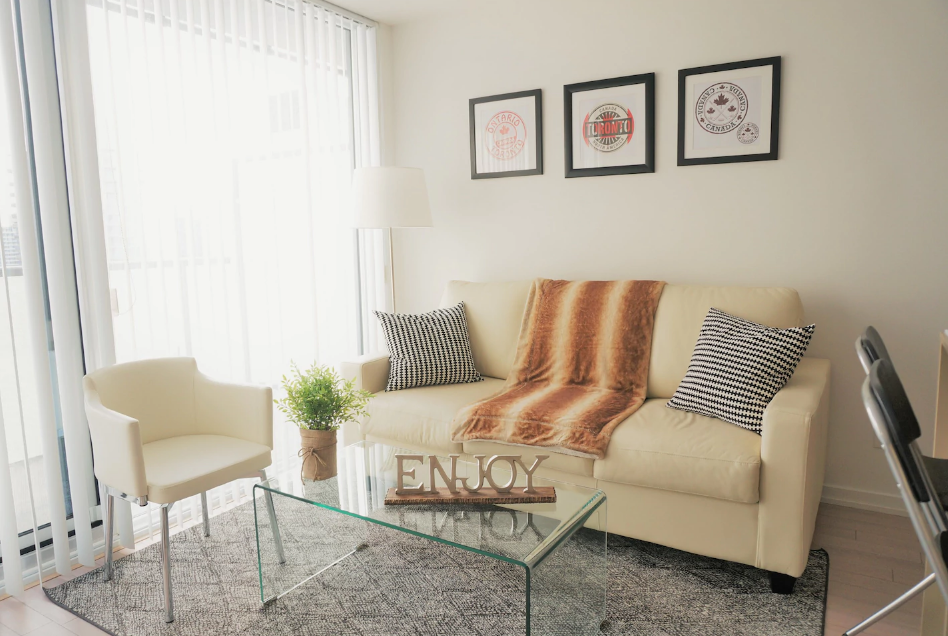 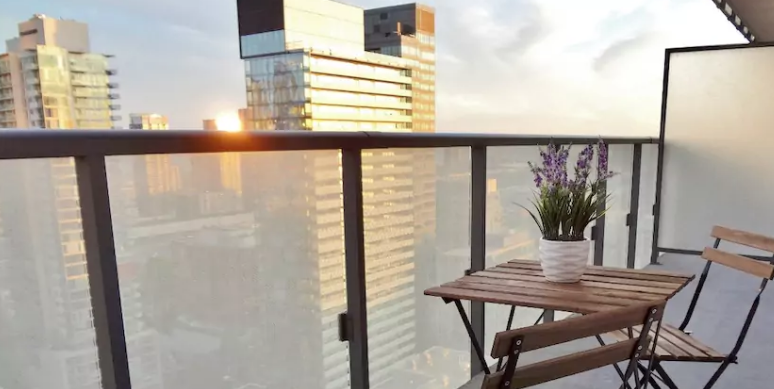 Start at Yonge Street and walk west on Bloor, window-shopping at the upscale boutiques and department stores. Pop into the Manulife Centre at the corner of Bay Street and have a drink at The One Eighty on the 51st floor for amazing views of the city. Pay a visit to the Royal Ontario Museum and its controversial jagged Crystal wall, or the Bata Shoe Museum. In the early evening, people-watch while sitting on the “rock” in Cumberland Street’s urban park, and see how many luxury cars you can spot on Yorkville Street. Wrap up with a meal or a drink on the rooftop patio at Hemingway’s or sushi at Asuka. 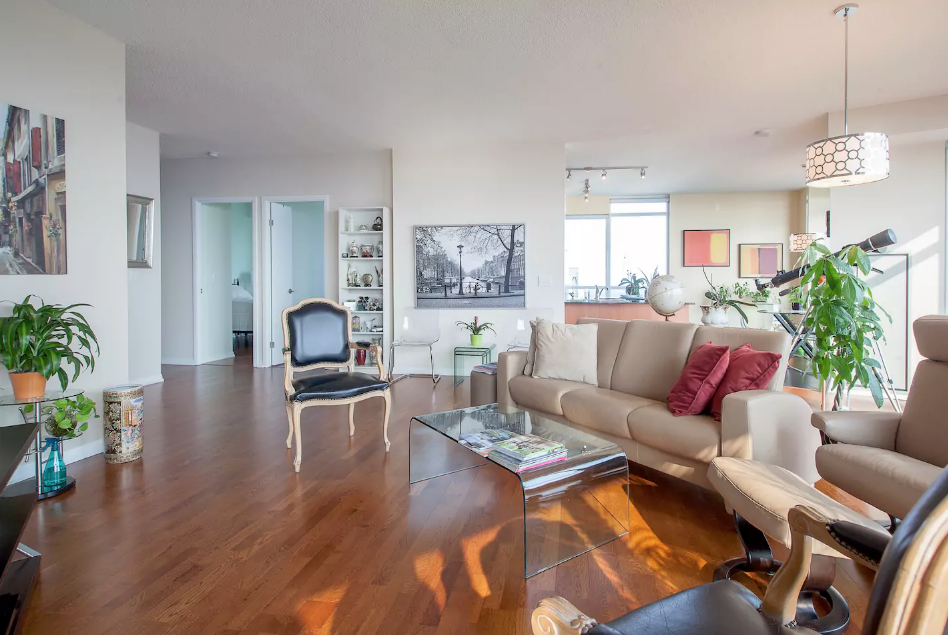 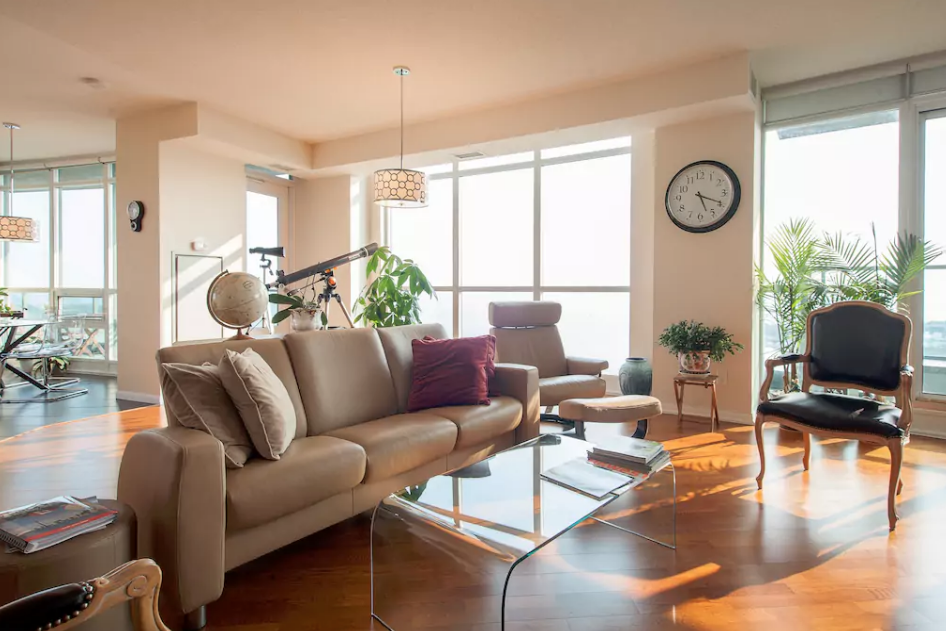 Tagged
Where to Stay Trip Planning Toronto, Canada
What did you think of this story?
Meh
Good
Awesome

Nature's just out your door in Boulder

The 7 best and most innovative vegan restaurants in Toronto

The best 13+ parks to visit in Toronto