Extreme thrill-seekers should mark China as their next destination. The bungee jump installed in China’s Zhangjiajie Grand Canyon is set to be the highest platform in the world, at 850 feet above the ground. Attached to the deck of a glass-bottomed bridge, the platform is 75 feet higher than the platform on Macau Tower (also based in China), which is the world’s current highest commercial bungee jump. 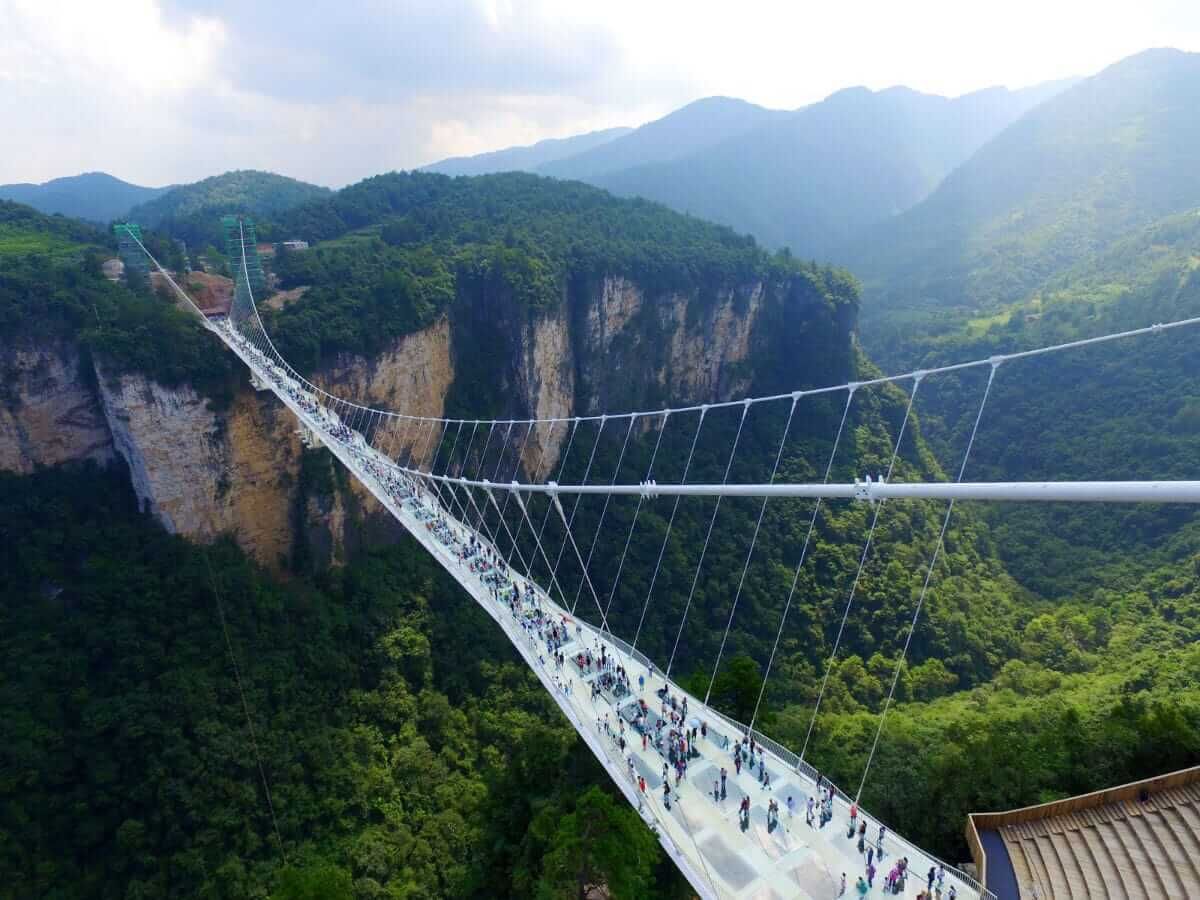 Six jumpers were recently invited to test the new Zhangjiajie Grand Canyon jump. Stephanie Shields of the UK told Essex Live “it was one of the smoothest jumps I have ever done and now the biggest in the world…I couldn’t speak as I was just blown away with how incredible it was.”

To make the experience even more extreme, Bungy China is also thinking about adding a giant swing and zip lines to the bridge. The company owner, Beau Retallich, holds a Guinness world record for performing 158 outdoor bungee jumps in 24 hours.

The jump will open to the public following safety checks from Chinese authorities, but as of right now there is no set date. To find out more about the jump, visit Bungy China’s website.

Extreme SportsZipline 2,200 Feet Across Niagara Falls This Summer
Tagged
Extreme Sports Outdoor China
What did you think of this story?
Meh
Good
Awesome

China Has Committed To Becoming Carbon Neutral Before 2060

This New Bookstore in China Looks Like a Modern Cathedral