Soda in hand, it probably doesn’t occur to many people to heat up their drink. Bubbly drinks, including the sugary kinds, have a reputation as thirst-quenchers. They’re beverages you crack open on a hot day while condensation drips down the can. Travel back in time to the 1960s though, and things were different. Heating up one specific type of soda — Dr Pepper — was a favorite holiday tradition.

Advertisements for “hot Dr Pepper” began popping up in the 1960s in spreads that featured a cheerful snowman enjoying a steaming cup of the beverage, or in black and white commercials that featured a happy couple setting up Christmas decorations before boiling a pot of Dr Pepper topped with lemon slices. According to Serious Eats, Dr Pepper devised the drink as a way to keep sales booming, even in the winter months when sales of cold drinks tend to slump.

At the time, Dr Pepper boasted that the drink would help you “swing right into the holiday mood,” and called it the “distinctive winter warmer.” Since its advent in the sixties, the drink has waned in popularity, but it still maintains a strong hold in Texas and parts of the Southern United States. The Dallas News calls it a “treat for generations of Texans,” that was once served at the Cotton Bowl, the long-running college football bowl game, and recommends adding a touch of bourbon to the mix.

Some Dallas News readers speculated that the drink might have originated in Texas. There might be some truth to that urban legend: The corporation that produces Dr Pepper is based in Plano. 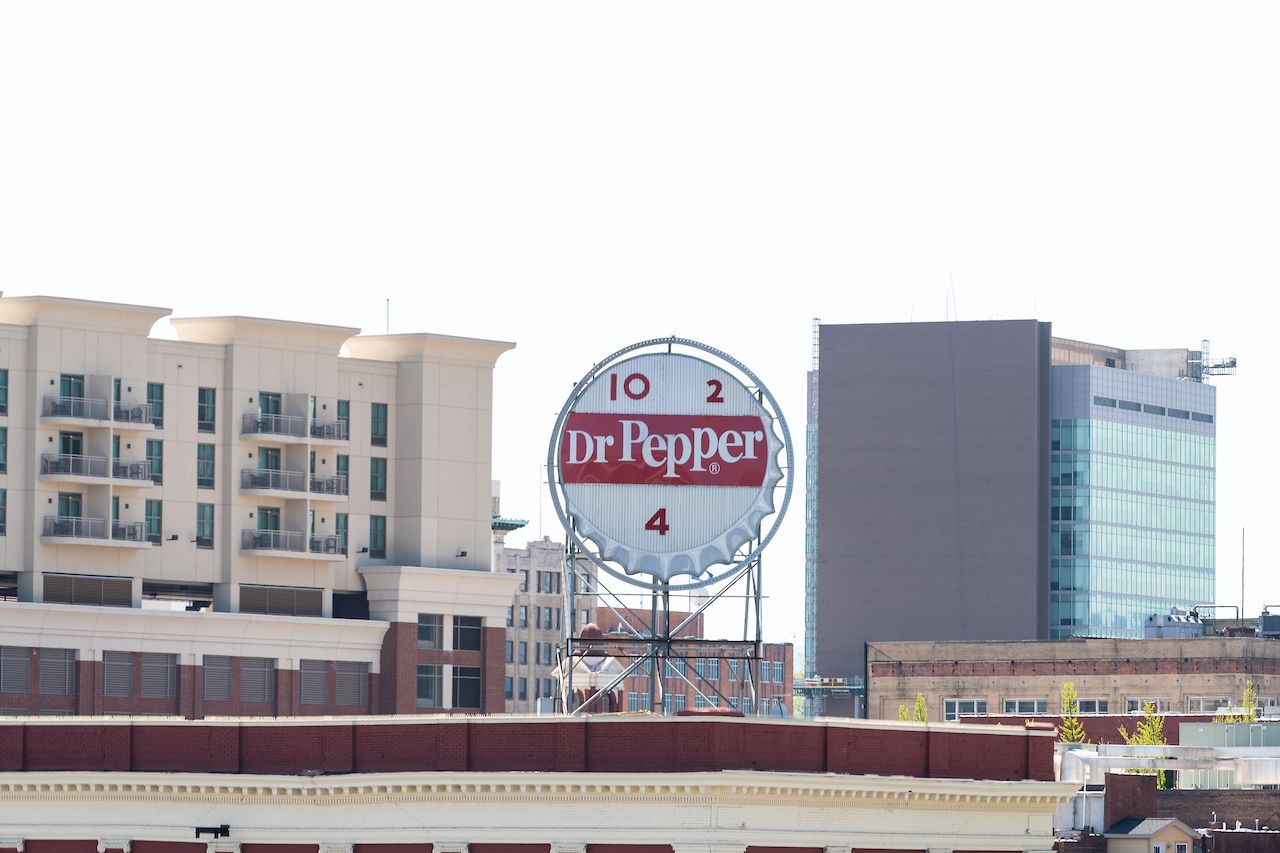 According to company lore, recorded by the Dr Pepper Museum in Waco, the then-president of the Dr Pepper Company, Wesby R. Parker, came up with the idea in 1958 while visiting a bottling plant in a blizzard. He went home and experimented with different methods for serving Dr Pepper hot, ultimately deciding that it should be warmed (not boiled) so that the soda doesn’t burn. Parker added a lemon rind for extra flavor. Another variation on the story claims that a Dr Pepper truck driver came up with the idea during an especially cold winter when he needed something hot to drink during his deliveries.

Hot Dr Pepper remained popular up until the seventies, after which time it became a relic of a different era in American tastes. Case in point: One of the main characters in the 1999 movie Blast from the Past — which is about a 35-year-old man who has spent his entire life living in a bomb shelter with his parents — is a big fan of the beverage. You won’t find too many folks who serve hot Dr Pepper alongside Christmas ham — except maybe in Texas and other parts of the South where it’s still sometimes called the “ultimate cold weather drink.”

I decided to make a batch of this cold weather beverage for myself to find out if it’s really worth the fuss. Turns out, hot Dr Pepper tastes remarkably like a hot cup of black tea, Lipton in particular, especially with the addition of the lemon. If you’re a fan of hot toddies, you might add a splash of bourbon or other whiskey, too.

Dr Pepper also has a distinct cherry or plum flavor that adds a herbal tea quality to this drink. The touch of citrus tempers the sweetness, and as it warms it thickens and becomes slightly syrupy. It’s crucial that you don’t bring the Dr Pepper to a rough boil; if you do, you’ll scorch the liquid and it’ll taste burnt.

If you wish your tea was sweeter, you might try hot Dr Pepper (although sweet tea also fulfills that criteria). But with all flavors of herbal tea now widely available in the United States and growing in popularity, hot Dr Pepper does feel outdated. Still, if you want to embrace a vintage vibe this holiday season, give it a try. You might find out that this bygone holiday tradition deserves a revival.