Some people like to say that variety is the spice of life. Well, if they’re talking about the variety of hot sauces, the maxim is undeniably true. Hot sauce is so universally beloved that both Beyonce and Hillary Clinton keep it in their purses. True culinary aficionados know that most meals aren’t complete without a bottle of hot sauce. Some of us even keep bottles in our glove compartments in case of an emergency. Every dish from fried chicken to pho can be improved with a squeeze from a bottle of hot sauce.

Although most people probably already have a preferred style, the options out there feel limitless. There’s a different type of hot sauce on every continent on earth, except Antarctica. From Mexico to Indonesia to Louisiana, human beings love to give their food a kick. There are few condiments as global in reach as hot sauce. Here are seven styles from around the world to add variety to your dishes. 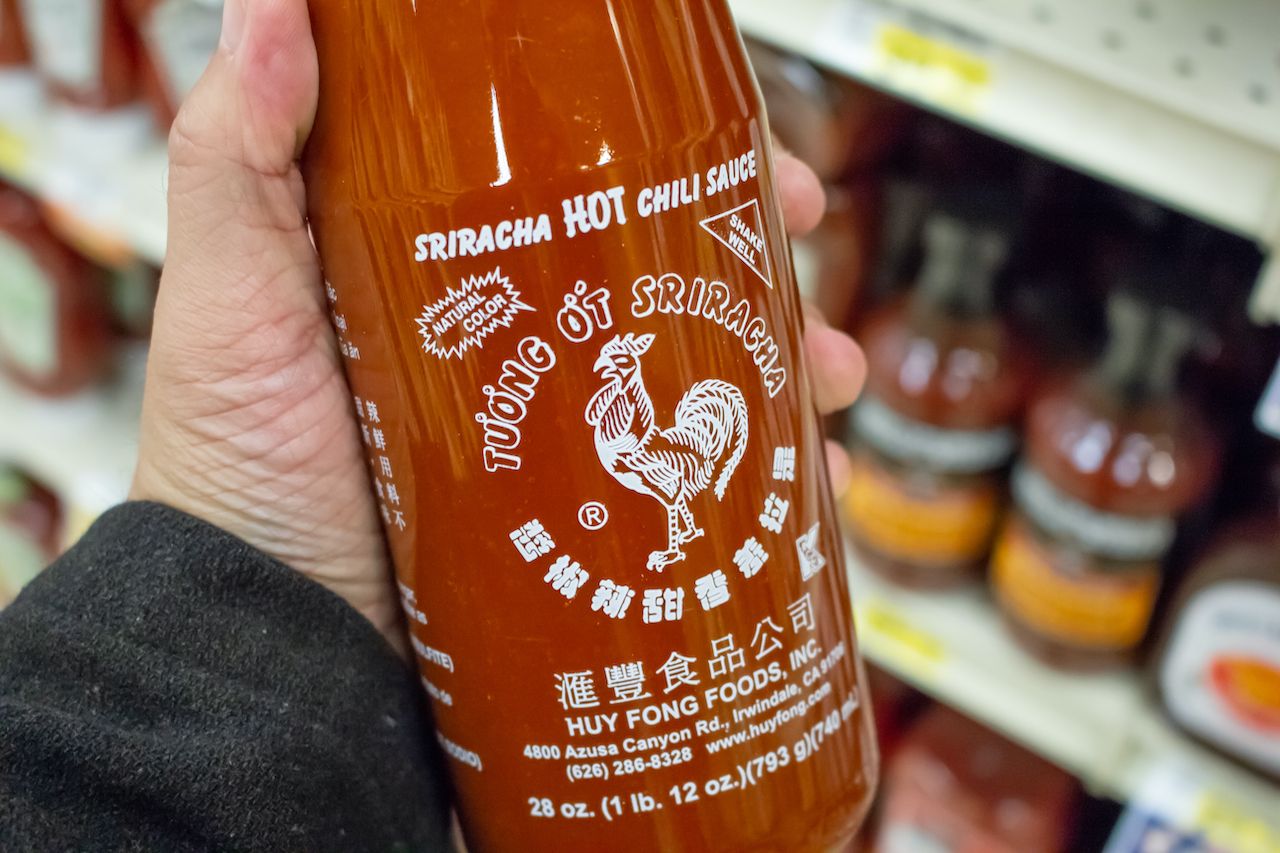 Sriracha is a hot chili sauce that has gained a cult following in the United States and around the world in the last decade, though it’s been a mainstay in Southeast Asian countries like Vietnam and Thailand since at least the 1930s. This spicy, sweet sauce consists mainly of sugar, salt, vinegar, and chili peppers. It’s perfect to be added to your favorite soups like pho or lo mein noodles, but it also works on dishes like a breakfast frittata and macaroni and cheese. The most popular version in the United States is made by Irwindale, California-based Huy Fong Foods. The genesis, like many foods, is a bit of a mystery as there are rivaling origin stories, but most claim the sauce originated in the town of Si Racha in Thailand. 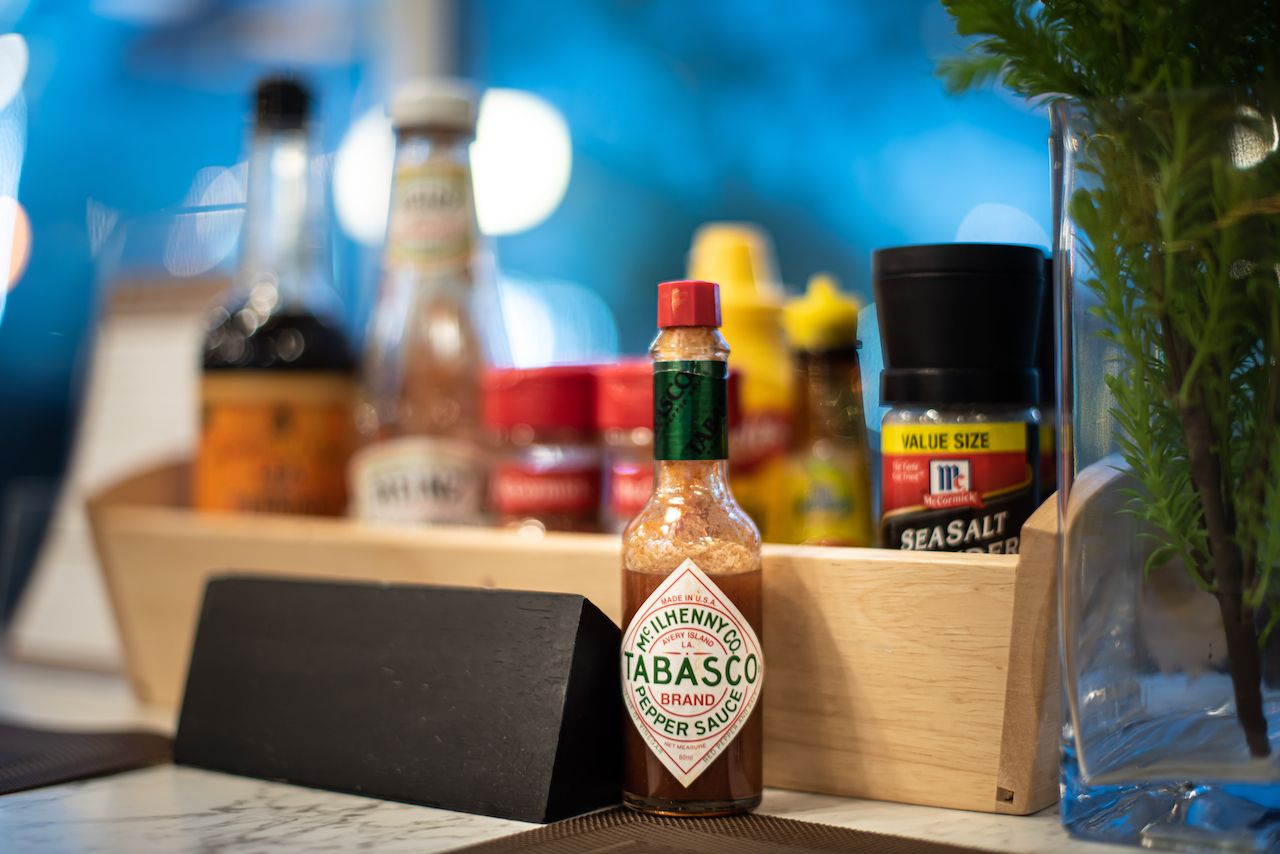 One of the most popular styles in the US, Louisiana-style hot sauce consists simply of red chili peppers, salt, and vinegar. The recipe might seem basic, but there’s a reason this is the go-to sauce for dishes like fried chicken and boiled shrimp. The most well-known type of Louisiana style hot sauce is Tabasco, which has been made on Avery Island (140 miles west of New Orleans) in Louisiana since 1886. The brand isn’t loved just in the US; it’s currently available in more than 195 countries. It has spawned a myriad of rival brands that each have their own cult followings, including Frank’s Red Hot, which is commonly used as the go-to ingredient for buffalo wings all over the US. 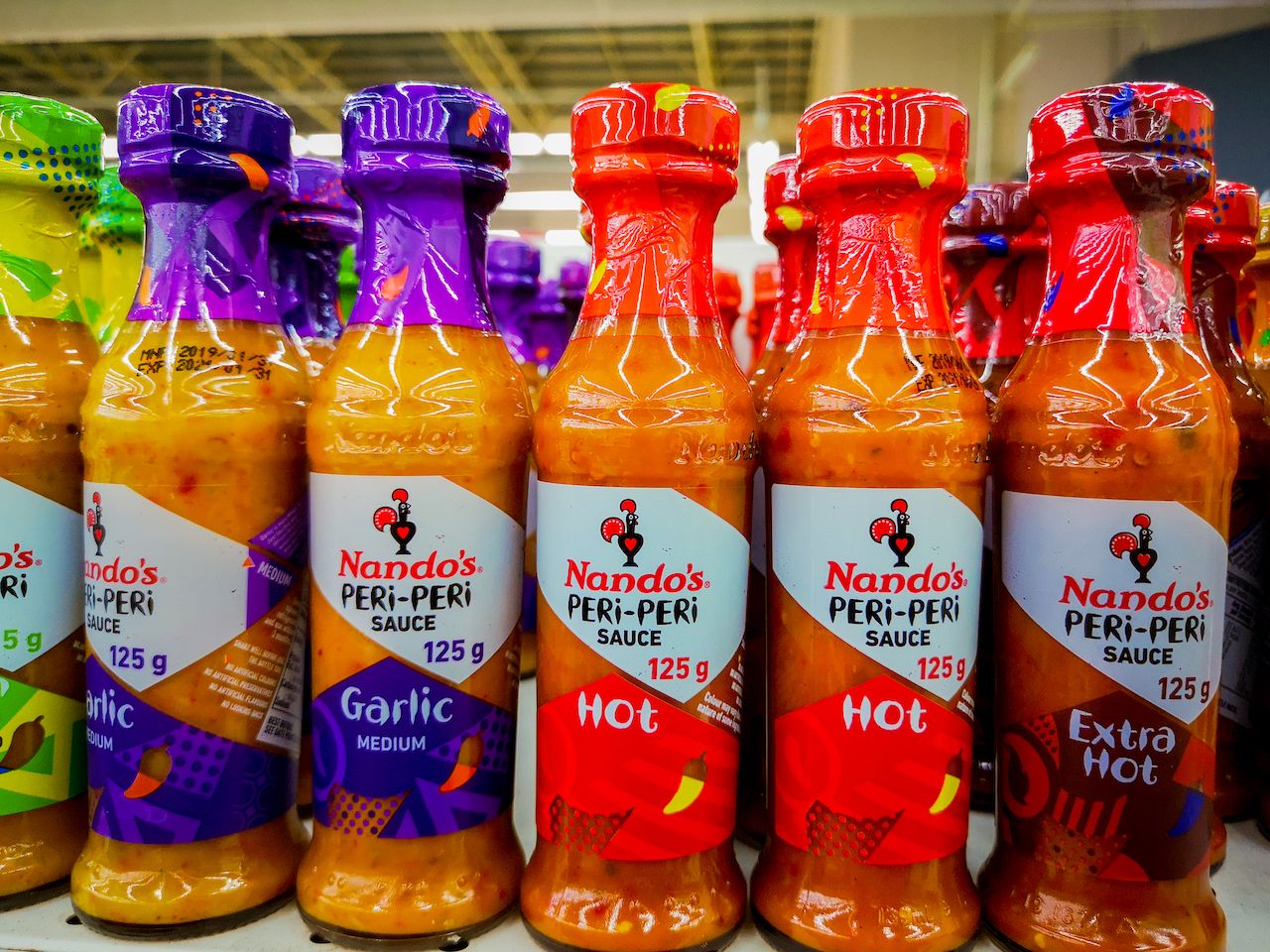 This popular African hot sauce is made primarily from chilies, onions, pepper, garlic, salt, lemon juice, and paprika. It’s spicy, smoky, and the signature sauce of popular chain restaurant Nando’s. The sauce works well in dishes like the aptly named peri peri (or piri piri) chicken, marinades for steak, or just a sauce to add an extra kick to your favorite sandwich or rice dish. Even though it’s gained popularity in countries like South Africa, Mozambique, and Angola, it actually originated in Portugal. Its name is derived from the Swahili word pilipili, which means pepper. The main pepper used to give the sauce its heat is the malagueta pepper that was brought to Mozambique by Portuguese explorers. 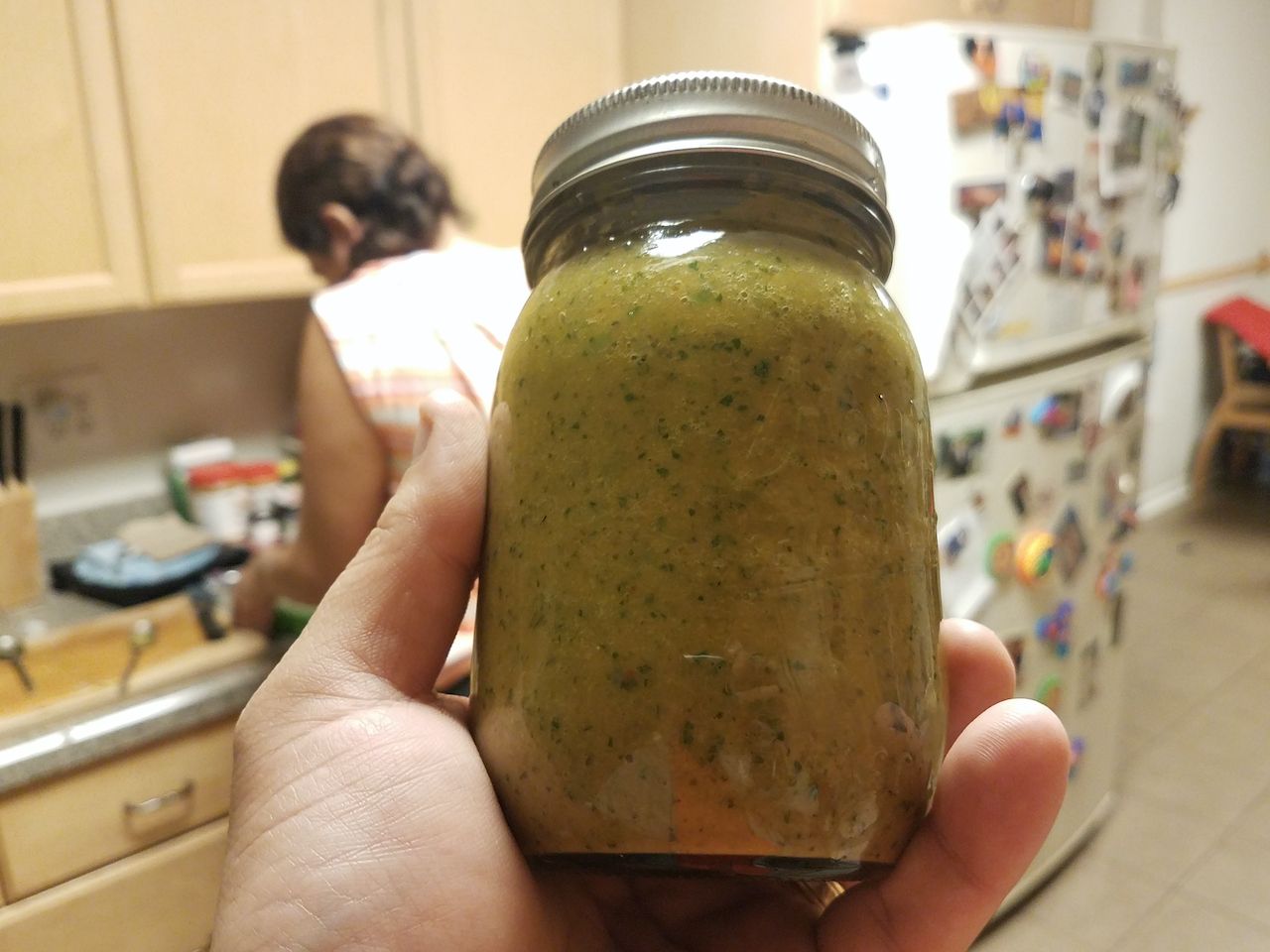 A truly multicultural hot sauce, sofrito is popular in Spain, Italy, Portugal, and multiple countries in Latin America. The literal translation of the Spanish word means “to fry” and this spicy sauce is also an important culinary addition in places like the Dominican Republic and Puerto Rico. Many recipes exist for sofrito, but the basic combination is peppers, garlic, onions, tomatoes, and olive oil. These are also the primary ingredients in many dishes popular in these countries, including bean-based soups and chicken and rice. It can also be used as a base for a stew in need of extra heat, or on top of scrambled eggs. 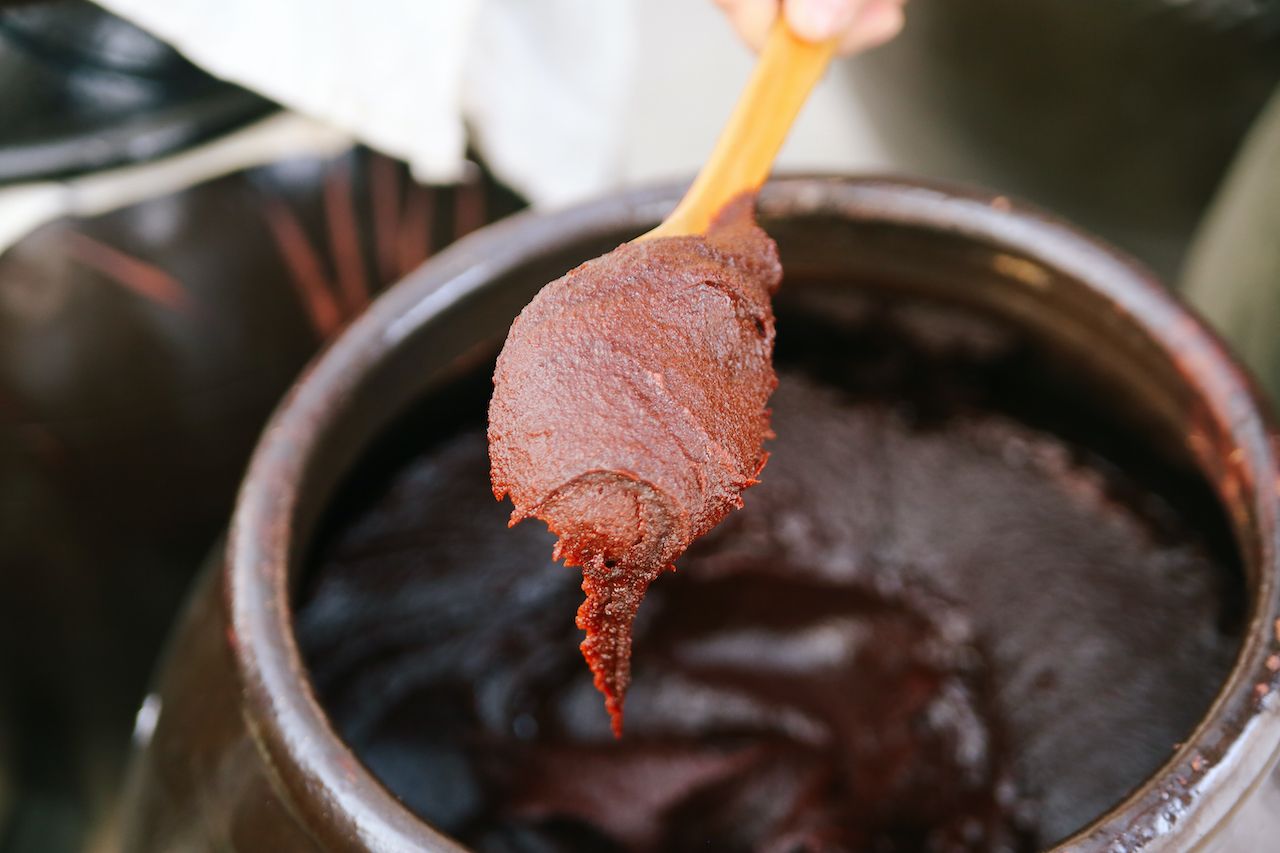 If you’re a fan of sauces that are more than just heat bombs, gochujang, Korean chili paste, is for you. Like many of the sauces on this list, gochujang is a red chili paste-based sauce, but this one is fermented (in Korea, it’s considered a digestion aid). It’s known for its combination of sweet and savory flavors. Other ingredients include chili powder, rice, meju (dried and fermented soy beans), yeotgireum (malted barley powder), and salt. It’s the perfect sauce for fried chicken wings and to marinate pork, beef, or chicken, or to flavor noodle-based soup. 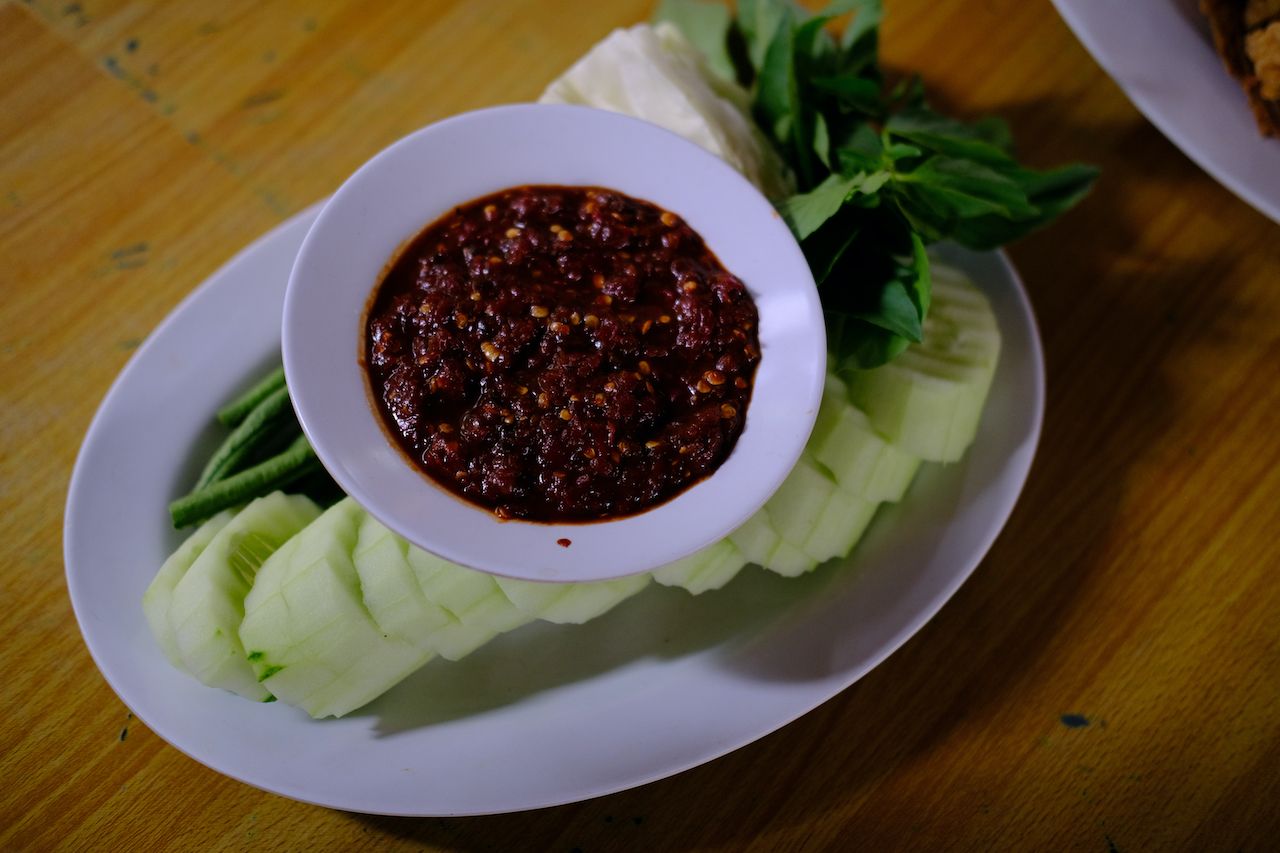 Fans of sriracha might recognize Indonesian sambal, a thick hot sauce with a paste-like texture flecked with chilies. Also popular in Malaysia and Singapore, sambal has been a way for people in Southeast Asia to preserve chilies. This pungent, spicy paste is a condiment added to fried and grilled fish, ayam goreng (fried chicken), and raw vegetables. The main ingredient in sambal is the a spicy chili, introduced to Java by Portuguese and Spanish sailors. Other ingredients include lime juice, ginger, garlic, shallots, scallions, sugar, and shrimp paste. Traditionally, the mixture is ground together with a mortar and pestle. 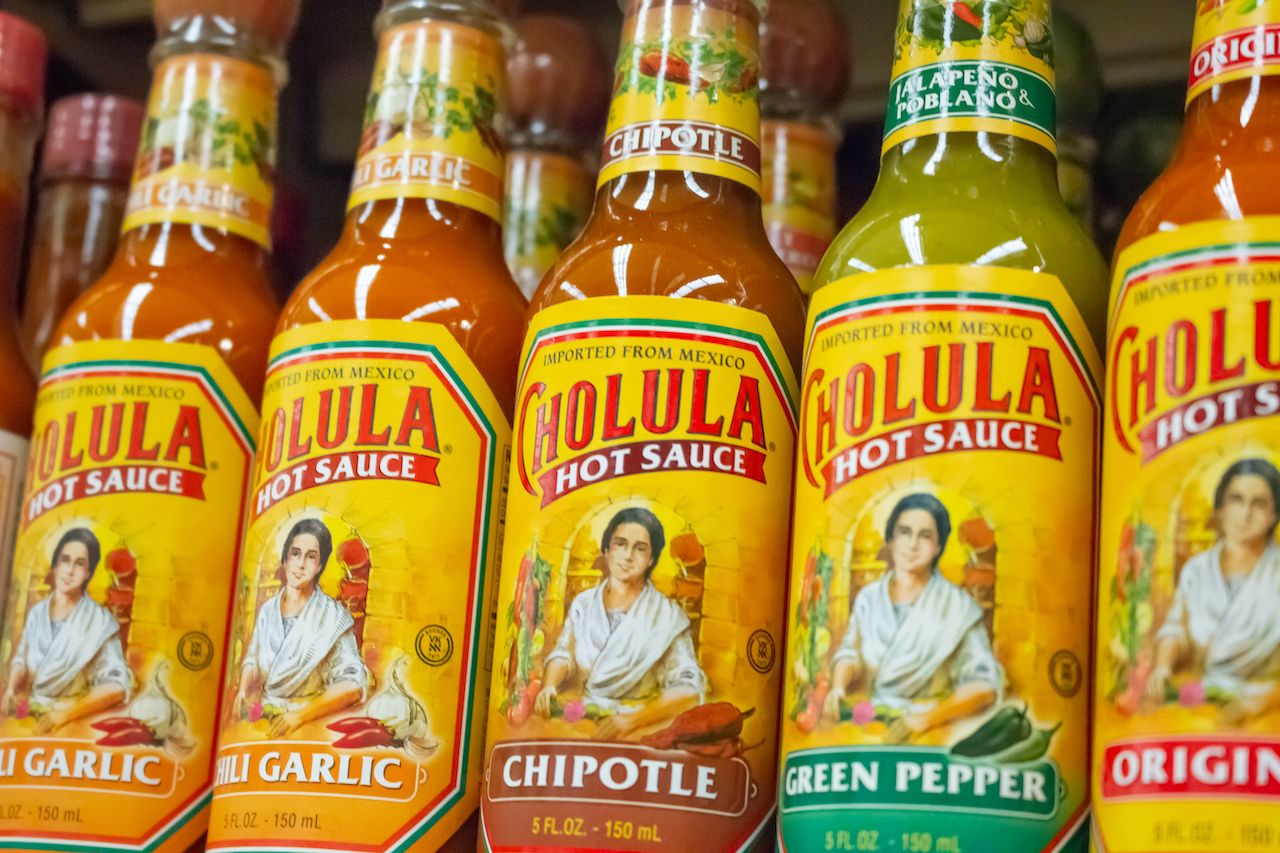 There are many different varieties of salsa picante in Mexico, and the flavors depend on the state where it’s made. Most, however, are vinegar based. The variety of pepper at the foundation of the hot sauce is what really sets each of these Mexican hot sauces apart: Cholula, imported from Chapala in Jalisco, Mexico, is flavored mainly with piquin and arbol peppers, while Valentina salsa picante, made in Guadalajara, gets its slightly sweet tang from puya chilies. Salsa picante is versatile enough to punch up tacos and carnitas, but don’t feel limited: pizza, mac and cheese, and French fries are all improved with a dash of salsa picante.

Food + DrinkUnderstand Oaxaca by Understanding These 7 Moles
Tagged
Food + Drink
What did you think of this story?
Meh
Good
Awesome