The 164-foot climbing wall atop the Whitney Peak Hotel in Downtown Reno is a foothold-studded monument to what Reno has become in the last 10 years: new, active, adventurous, and not in any way focused on gambling. From the top you can see out to the Sierra Nevada Mountains, down over the revamped shops along California Avenue in Midtown, and spot people fishing the Truckee River.

But it still stands among the lights of the city’s famous casinos. And it also still has Reno’s familiar cast of characters strolling below.

While Reno is no longer a punchline, this city full of outdoor activities and artists hasn’t eschewed its quirky ethos either. Reno is still Reno, and though an influx of tech money and creatives have made it a place with a culture outside of the casinos, it’s always going to be a little rough around the edges. 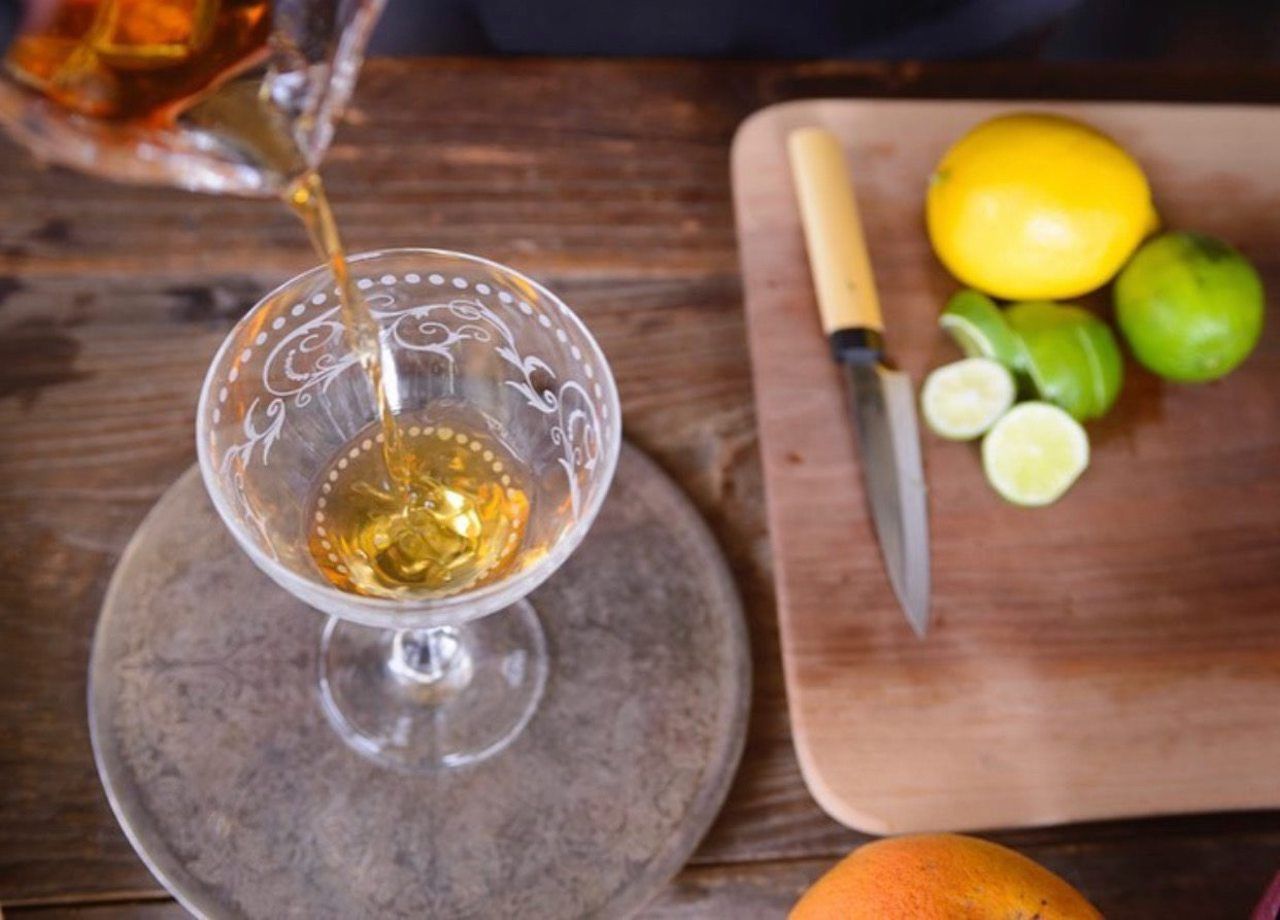 “I never thought I’d call this place home, but it is,” says the chef pressing cheese into tacos at the counter of Estella, a tiny gourmet taco shop just off East 4th Street. “And look, now I go duck hunting before work.”

His place of employment sits inside the Jesse hotel, a boutique property separated from downtown by the city’s main bus terminal.

A few years ago, this intersection of East 4th Street and Evans Avenue was the stereotypical picture of neighborhood-next-to-a-bus-terminal, marked by decrepit brick buildings and overgrown streets. Now it serves as the entrance to the city’s brewery row, where The Depot Craft Brewing and Distilling, Lead Dog Brewery, Record Street Brewing, and the Ferino Distillery anchor one of the best two-block brewery tours in America.

East 4th Street is but one of several neighborhoods Reno has refurbished in the past decade. Just across the Truckee River from downtown, you’ll find a stretch of US-395 along California Avenue that was once the main highway into town. It’s still speckled with seedy motels and their bright neon signs, but now those motels host craft beer and cocktail bars, boutique dessert shops, and vintage clothiers. And their drab exteriors are covered in dozens of street murals.

Art Spot Reno offers tours of these murals, where you’ll learn Reno history along with how local artists like Joe C. Rock transformed the area from relic to renaissance.

“People would use these motels to come and get divorced,” says Geralda Miller, the executive director of Art Spot. “We were the quickie divorce capital of America, remember.”

Her tour of over 100 murals weaves us past the Arch Society, a thrift shop and gourmet dessert bar where you can end the night with a raspberry chocolate mousse washed down with a pomegranate Moscow mule. Then there’s Rum, Sugar, Lime, a Caribbean-themed cocktail bar with weekly carnivals. We see Noble Pie Parlor, which was on Diners, Drive-Ins, and Dives, and Two Chicks, a healthy breakfast spot.

But we also see history left to remind us that Reno was once a vastly different place.

“See that little burger spot right there?” says Miller as we walk past a squat diner called Beefy’s. “The Rat Pack used to eat there all the time. That was one of the few places that allowed Black people inside, so they’d eat there with Sammy Davis, Jr.” 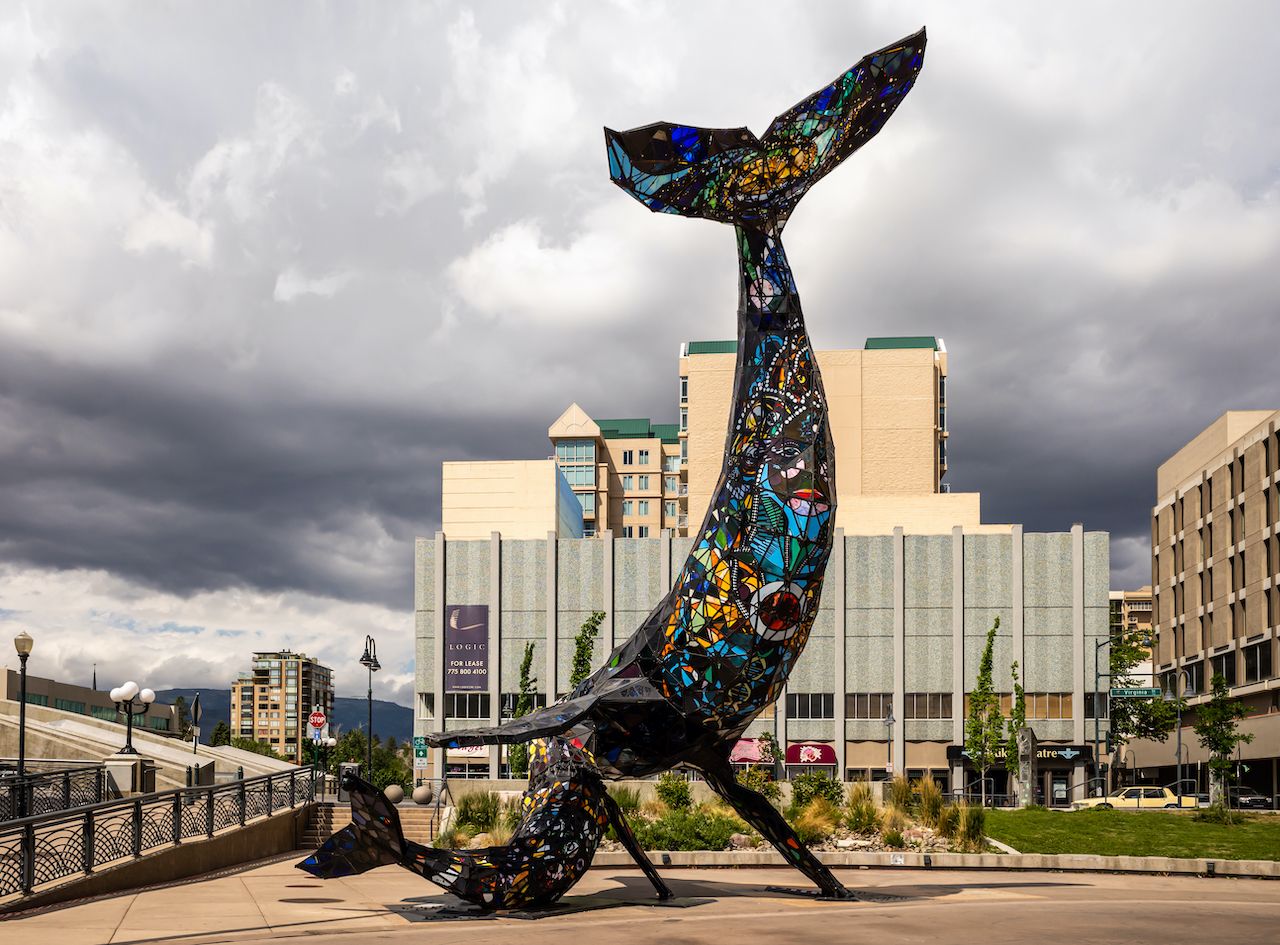 Reno sits just about three hours, traffic permitting, from San Francisco via I-80. This is one reason why tech startups have migrated over the highway along with some existing giants. Tesla’s Gigafactory sits in nearby Sparks. Which is, not coincidentally, also home to the birthplace of some of Burning Man’s most iconic sculptures.

The Generator, a 35,000-square-foot artists’ co-op, is also the spring and summer studio for artists making large-scale installations for Burning Man, which is held a little over an hour away. It’s run by Jessi Janusee who moved to Reno after stints in Portland and the Bay Area. Janusee found the place to be especially advantageous for artists.

“A bunch of my homies were living here doing the art life and living pretty well,” she says. “They said, ‘You’ll have free space to make your art, and your rent will be like $800 a month, and I was like, dude, sign me up.”

The affordability has drawn a large-but-tight-knit core of artists to Reno, many of whom stay in town once The Burn is over.

“A lot of people that come through in the summer, sometimes they stay and they continue to live here,” Janusee says. “There’s multiple professional artists that live here making large-scale sculptures because of Burning Man for sure.”

Artists are able to thrive, says Janusee, not only because of the supportive community of artists and students at the University of Nevada but also because the new businesses that have moved to Reno create a market for the art.

“Businesses are paying for art every year. We just had a business come in here and ask for a sculpture yesterday,” she says. But she adds that the corporate support has been a double-edged sword.

“There’s definitely less meth and weirdness,” she says. “But it’s hard, because you want it to be cool, and you want people to do well. But then it becomes cool to everyone, and eventually all the artists who made it cool are going to leave.”

To her point, a few days after we visited Generator, the co-op learned their lease would be terminated early.

Cheap thrills abound, both indoors and out 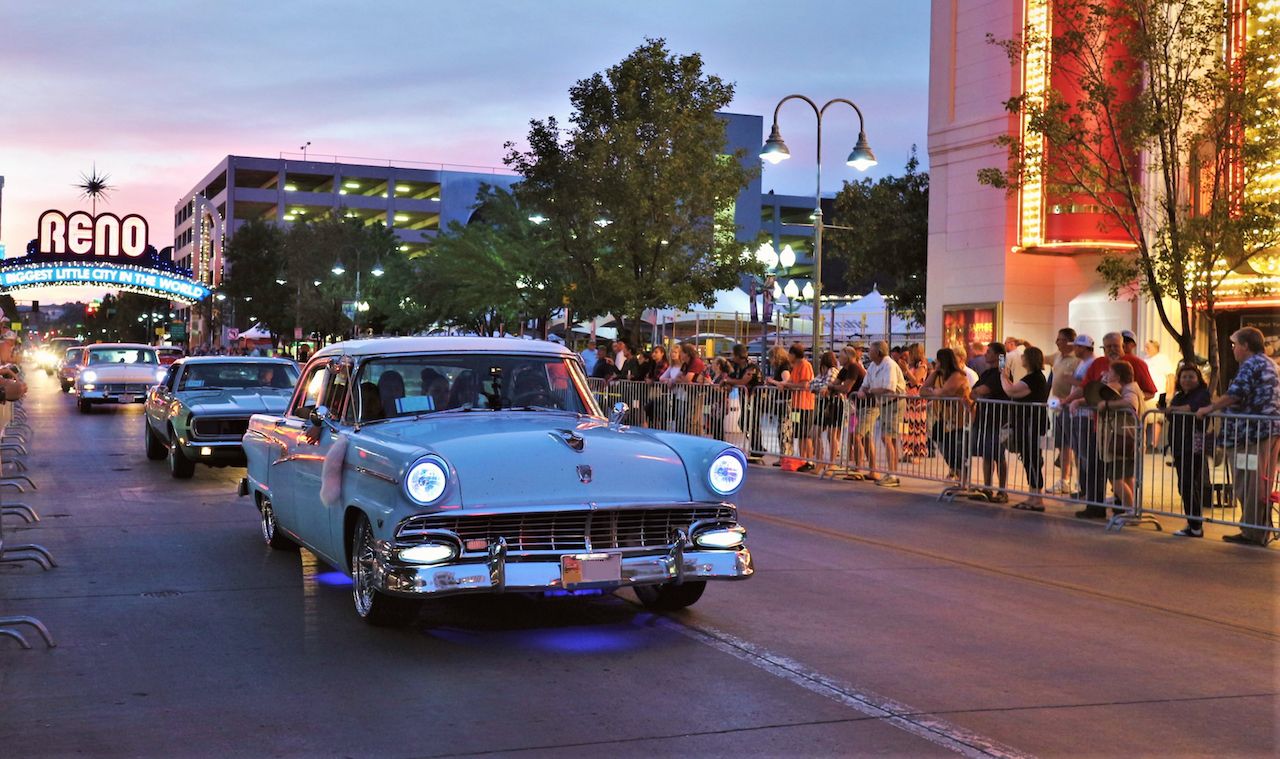 Still, funk is still easy to find in Reno. After enjoying a large steak and pizza at Liberty Food and Wine Exchange — which earned chef Mark Estee a James Beard nomination — I sit at a video poker bar at the Cal-Neva, sipping $2 vodka sodas while watching a man in a Vietnam Veterans hat belt out a tone-deaf rendition of “Light my Fire.”

“There’s still some weird stuff here, and some old school people who say, hey, we don’t want those Tesla [drivers] up here,” Estee says to me. His group owns six restaurants around Reno and is one of the largest local players in the game.

“But a lot of those people also work in the restaurants where those Tesla [drivers] spend their money, so we just kinda need to embrace that but still give that Reno edge.”

I drop another $20 into the video poker machine, and we listen to five or six more singers who’ve definitely got an edge. None are any younger than the vet — or better. All of them are smoking.

“I think Reno’s done a good job of getting new business but keeping it weird,” Estee says. “Like three weekends ago we had a punk rock flea market, 3,000 people showed up three days in a row to buy random punk rock stuff.”

Finally, it’s my turn to sing. I opt for “Luck be a Lady” because I’m in a casino. And because I’ve been able to imitate the Sinatra version perfectly since I was 13. I get the loudest smattering of applause of the night before I sit back down.

“But you know what I really love about Reno?” Estee continues. “Literally in the same day I work, I could ski, I could hike. Lake Tahoe is right there. And it’s easy to get in and out, not a lot of traffic.”

Between Estee and my duck hunting chef at Estella, it was obvious that the great outdoors are what keep so many people here. In addition to the world-class hiking, golf, and skiing of Lake Tahoe half an hour away, Reno’s Mt. Rose ski resort offers the chance for locals to get in a few runs during their lunch break. That kind of instant powder access is almost unheard of in any city outside Salt Lake.

The outdoors aren’t just a natural amenity in Reno either — they may be a key reason why the city is able to maintain its character. Reno’s DNA is made of mountains, deserts, and ranches. And people drawn to that are generally inclined to let a place be weird.

“Reno has this gritty, cowboy, libertarian culture,” says Janusee. “It works out great for artists and weirdos like us, because the heart of the city is, ‘Don’t fuck with me, and I won’t fuck with you.’ There’s a level of respect and autonomy that says, ‘I’m over here shooting my guns with my cows, and you’re over there making your weird sculpture, and that’s cool.’”

Reno has changed, most would say for the better, since the Reno 911! days. But only to upgrade some things that were worn down while still keeping the oddities that make it Reno.

“It’s like if you inherited your grandma’s house,” says Estee. “And in grandma’s house, she had a certain way of doing things, and we didn’t want to lose her… touch. We decided to say fuck it, let’s celebrate grandma’s history. But let’s bring in surround sound TV, let’s get a flatscreen. Let’s put in a brand doorbell, and Sleep Number beds. That’s what I feel like Reno is — it’s grandma’s house, upgraded.”

That description likely won’t be replacing “Biggest Little City in the World” on Reno’s sign anytime soon. But in this city, it still feels accurate.

OutdoorSkip the Strip To Enjoy All the Nature Las Vegas Has To Offer
Tagged
Travel Reno, NV, United States
What did you think of this story?
Meh
Good
Awesome

Pyramid Lake, NV, Is the Only Place To Fish for Rare Cui-Ui Fish
This Reno Hotel Redefines Lodging in a City Known for Gaming Resorts

Pyramid Lake, NV, Is the Only Place To Fish for Rare Cui-Ui Fish