Ice cream is the closest thing the world has to a universally loved dessert. Equal parts sweet, creamy, and cooling, ice cream is the perfect summer treat — though there’s an argument to be made that it’s just as perfect every other time of the year, too. All of the different ways that it’s prepared in different countries is testament to the appeal of this sweet, frozen treat. And depending on where you are in the world, its form and structure varies widely.

These 15 styles of ice cream around the world are the perfect midday treat, afternoon snack, or cooling dessert.

Quick note: To narrow it down, we stuck to the most literal definition of ice cream. To be considered, it has to have some type of dairy or coconut milk (the “cream”), and it has to be frozen (the “ice”). That rules out favorites like Ecuador’s helado de paila and Iran’s faloodeh, but there’s always room for seconds when it comes to dessert. 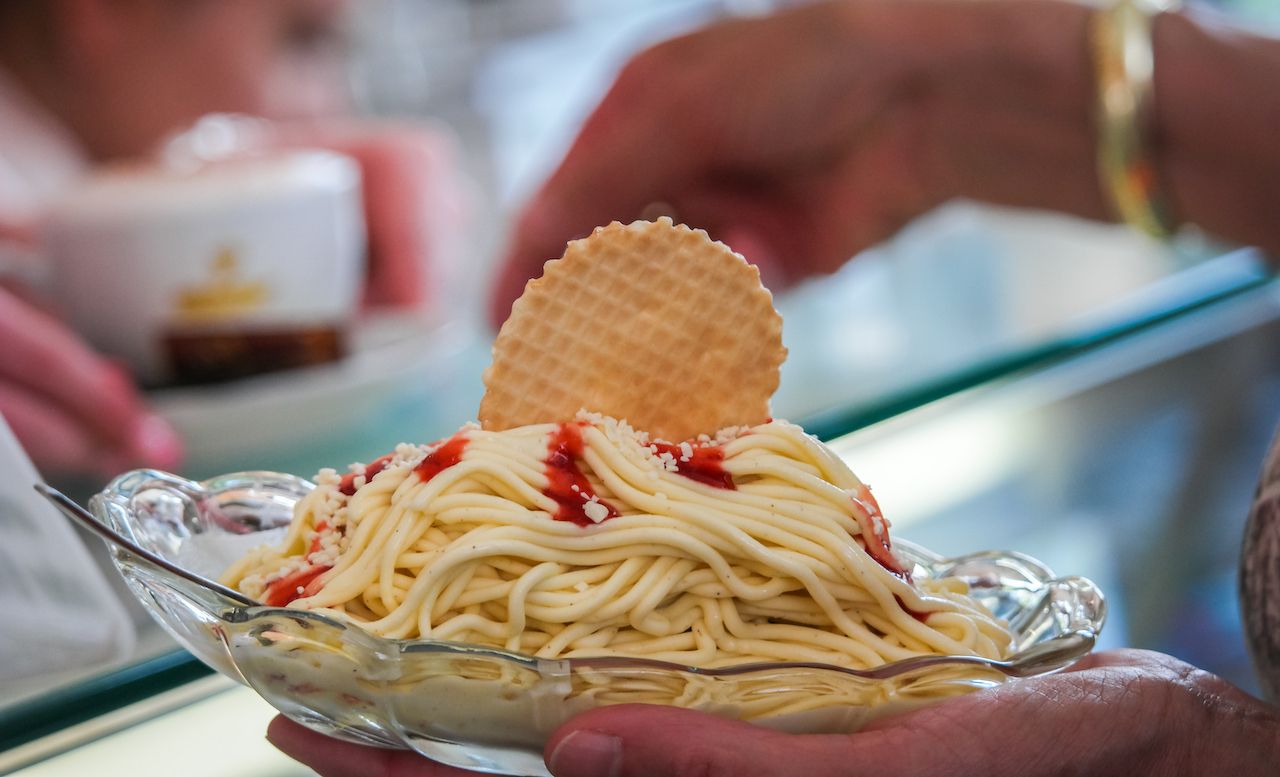 Appearances can make or break a dessert. Spaghettieis has an appearance that, if nothing else, is a head turner. Spaghettieis is ice cream that’s made to look like spaghetti and topped with a strawberry sauce that supposedly resembles tomato sauce. White chocolate stands in for the Parmigiano.

A man named Dario Fontanella created spaghettieis in 1969, according to The Local, after squeezing vanilla ice cream through a spätzle press. Today, it’s estimated that 23 to 25 million bowls of spaghettieis are sold every year. 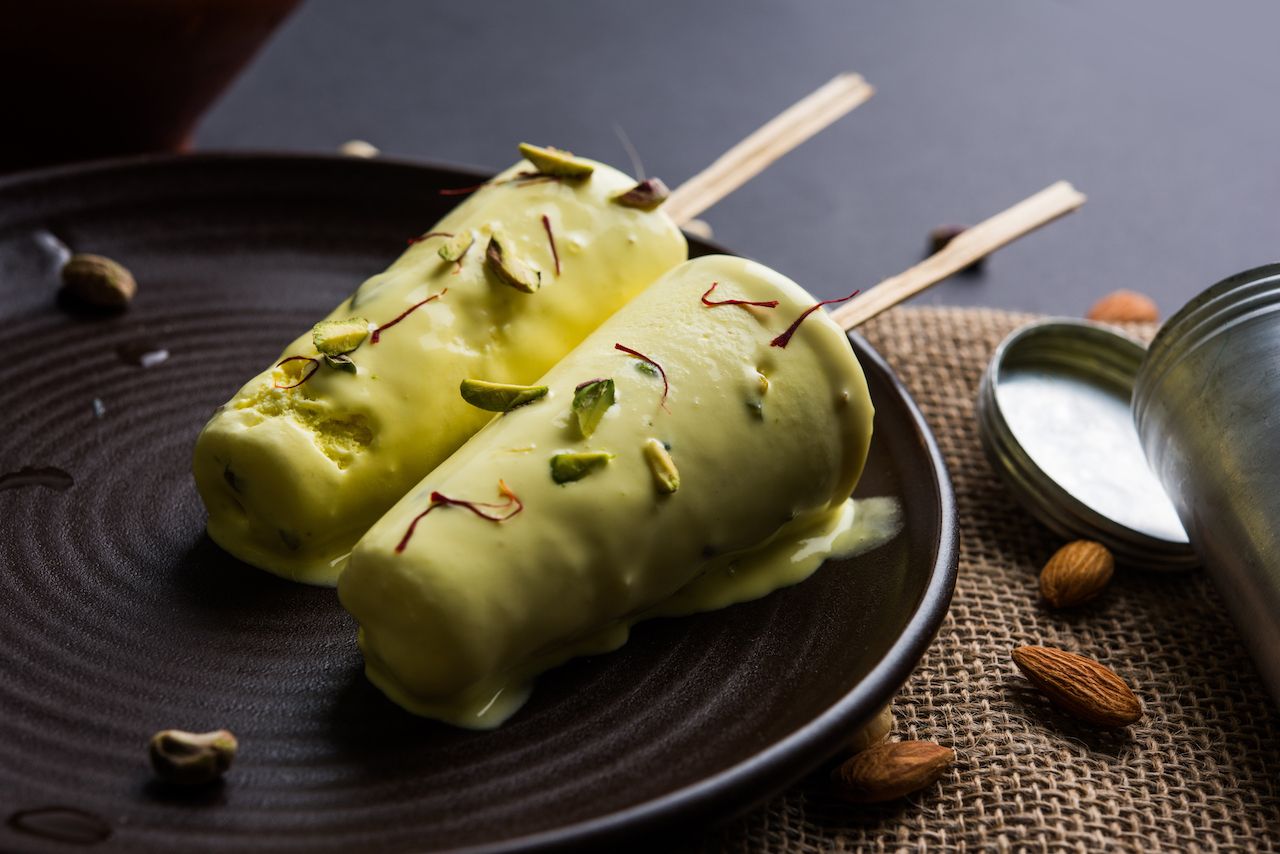 Kulfi is a dense, milk-based ice cream that comes in flavors like pistachio, mango, cardamom, and saffron. Legend has it that it was created in northern India in the 16th century, when milk was put in a metal cone and frozen in a slurry of ice and salt. Kulfi today is made in one of two ways. The first is to slowly heat milk with spices while constantly stirring until it’s cooked down. The second, and faster, way is to use condensed or evaporated milk for a sweet, thick base. Either way, it’s frozen in a cone-shaped mold. Kulfi is also common in Bangladesh, Myanmar, Nepal, and Pakistan. 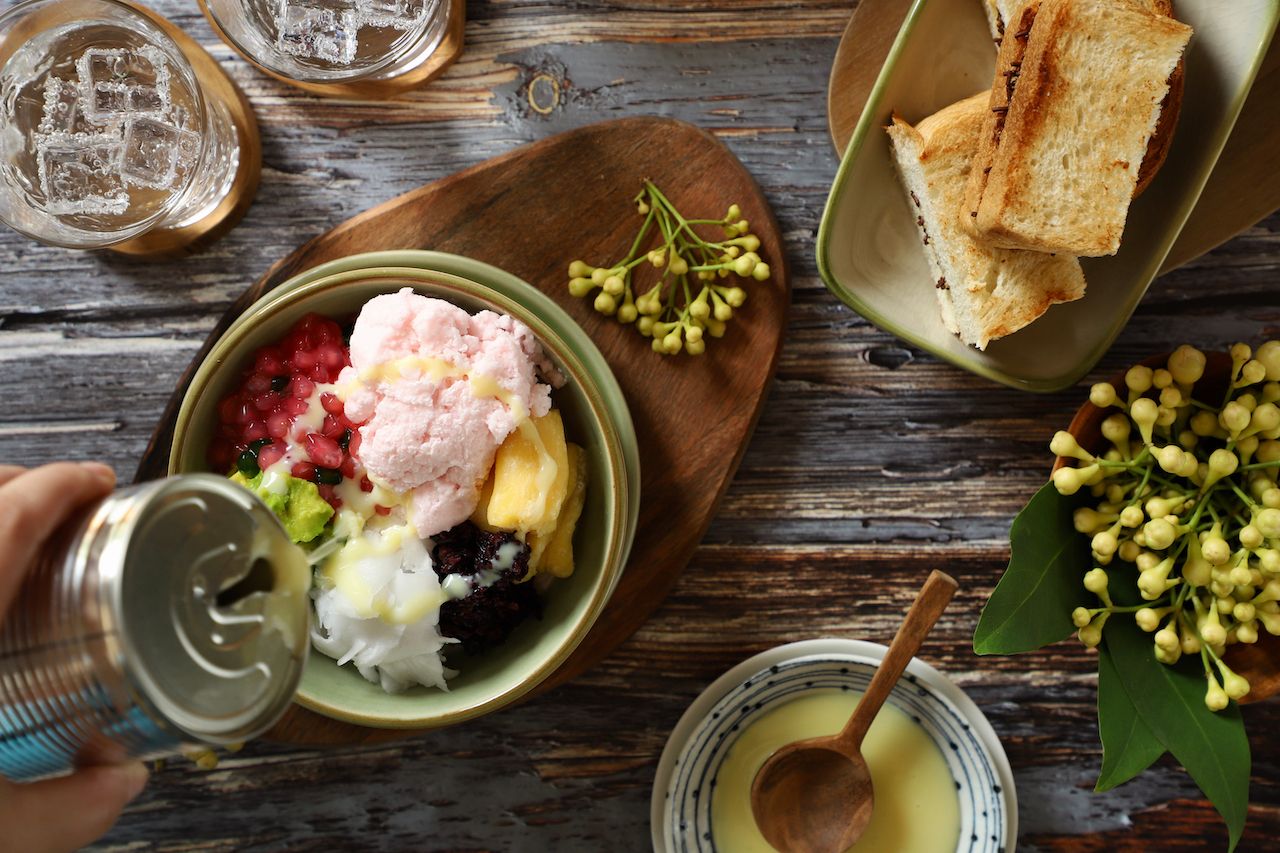 This Indonesian ice cream is made with a coconut milk base. It’s lower in fat than dairy based ice creams, so it tends to be a little more icy. Es doger comes in a variety of fruit flavors like durian and mango, and toppings like fruit, honey, condensed milk, or another sweetener are sometimes added on. It’s found all over Indonesia. 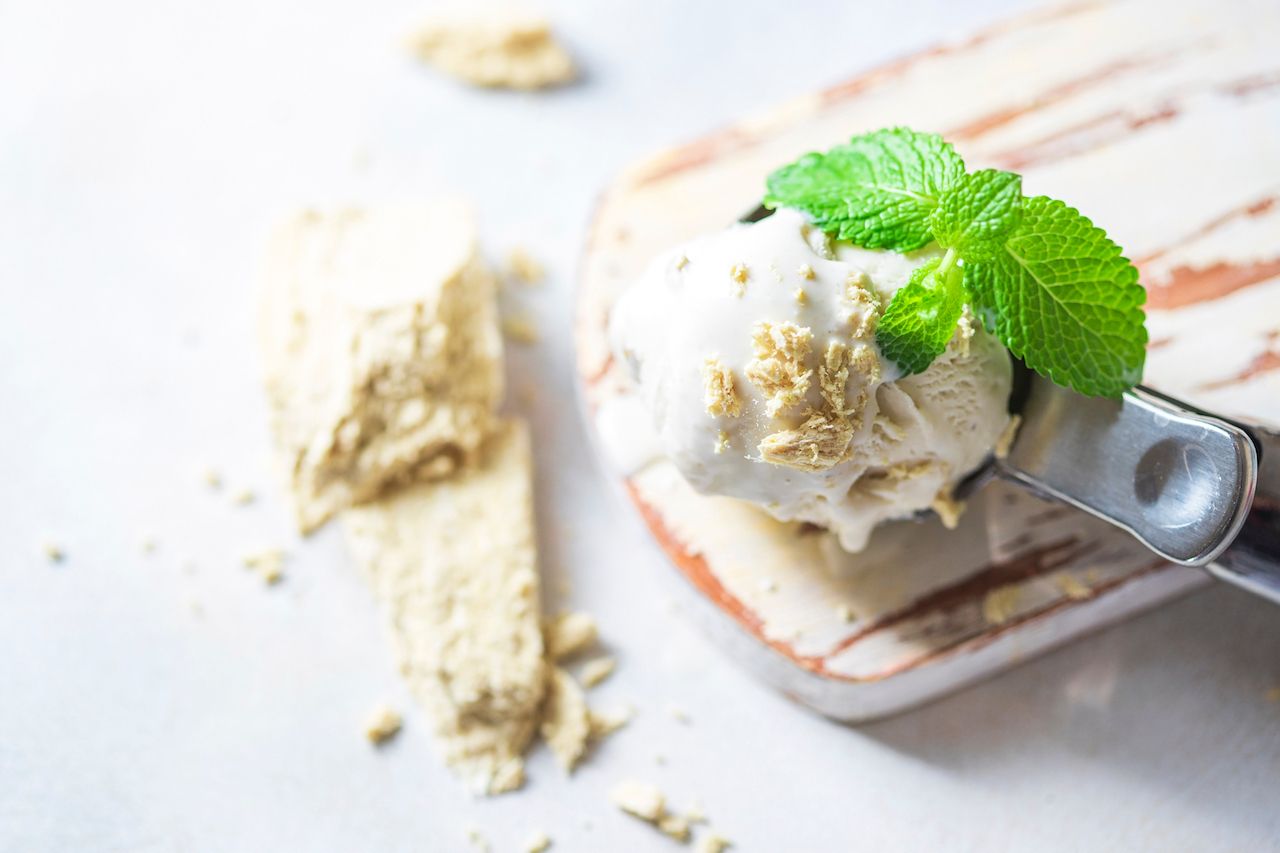 Halva is a sweet confection made with tahini, honey, and nuts. The first known written recipe is from the 13th century, though some believe versions existed in the Middle East and North Africa as far back as 3000 BCE. The name comes from halwa, which is the Arabic word for candy. Halva is eaten in many Mediterranean countries today, and in Israel, one popular preparation is to mix halva and pistachios into ice cream for a nutty, cold treat. 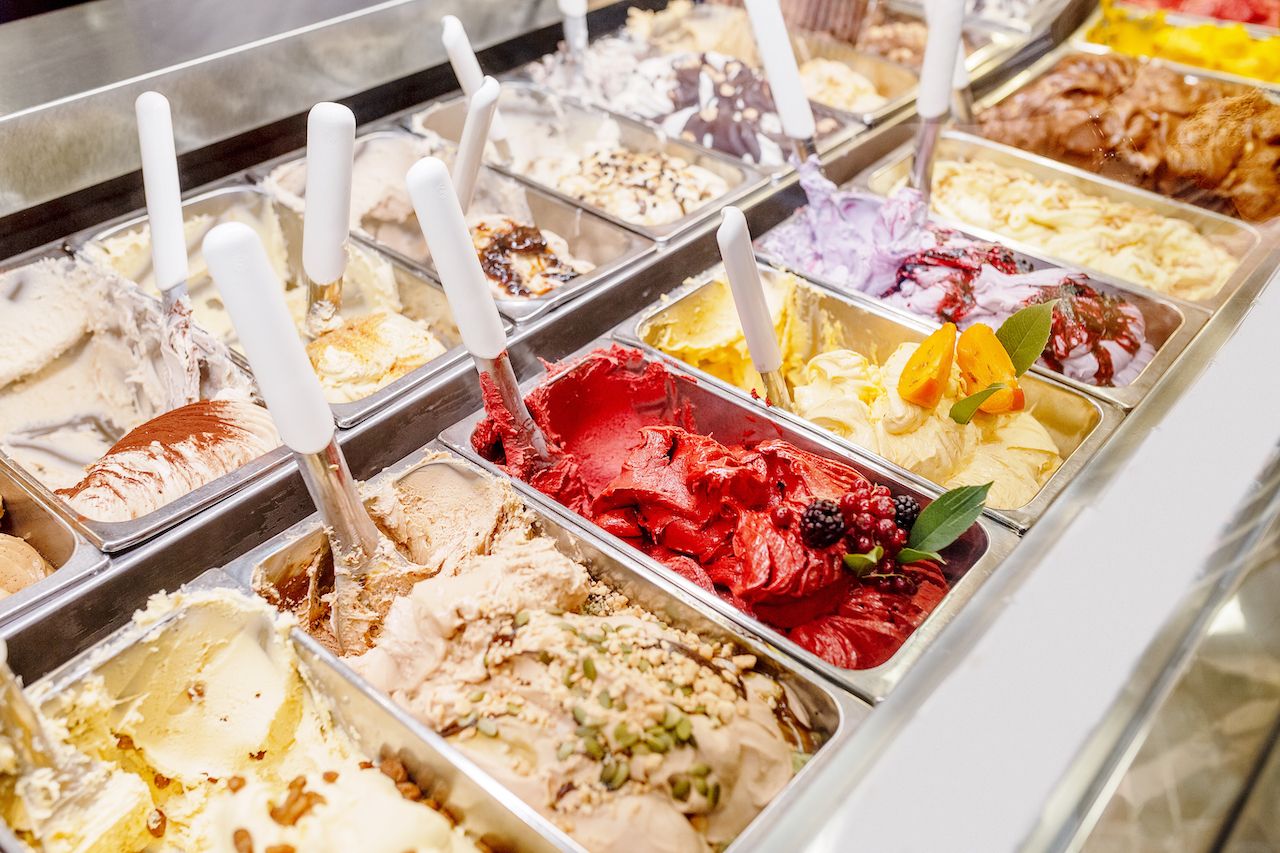 Few types of ice cream have the name recognition of gelato, and even fewer are put on such a high pedestal — there’s even a 1,000-square-meter museum dedicated solely to the history and production of gelato.

People in Italy have long ate sweet, frozen desserts using ice from the Dolomites. However, it’s widely believed that the addition of cream to those icees didn’t happen until Marco Polo returned from China with stories about milk-based icees. Gelato, which is thickened with few ice crystals, is said to have been invented by Bernardo Buontalenti in the late 1500s for the famous Florentine Medici banking family. 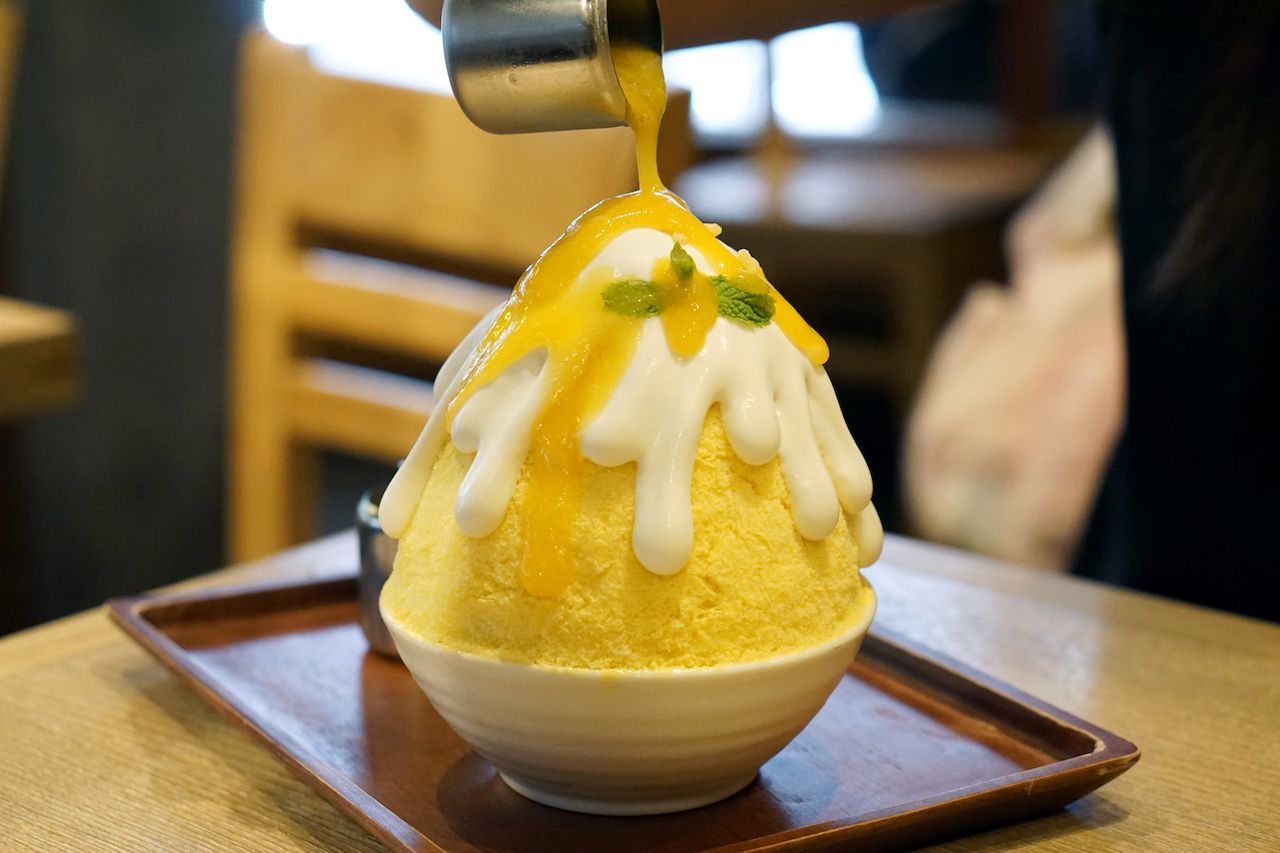 Kakigōri is a type of Japanese shaved ice that’s flavored with syrups and often topped with sweetened condensed milk (meaning it just makes the qualifications for incorporating both cream and ice). Its history can be traced to the 11th century, when the treat was reserved for those who could afford to keep blocks of ice through winter and into the hot summer. Texture is everything, and care is put into making sure the slivers of ice are as thin as possible.

While kakigōri is popular in Japan, mochi ice cream is the most famous Japanese style ice cream in the United States. It was created in Los Angeles in the 1980s by businesswoman Francis Hashimoto, and it’s similar to daifuku, which has a sweet red bean paste filling instead of ice cream. 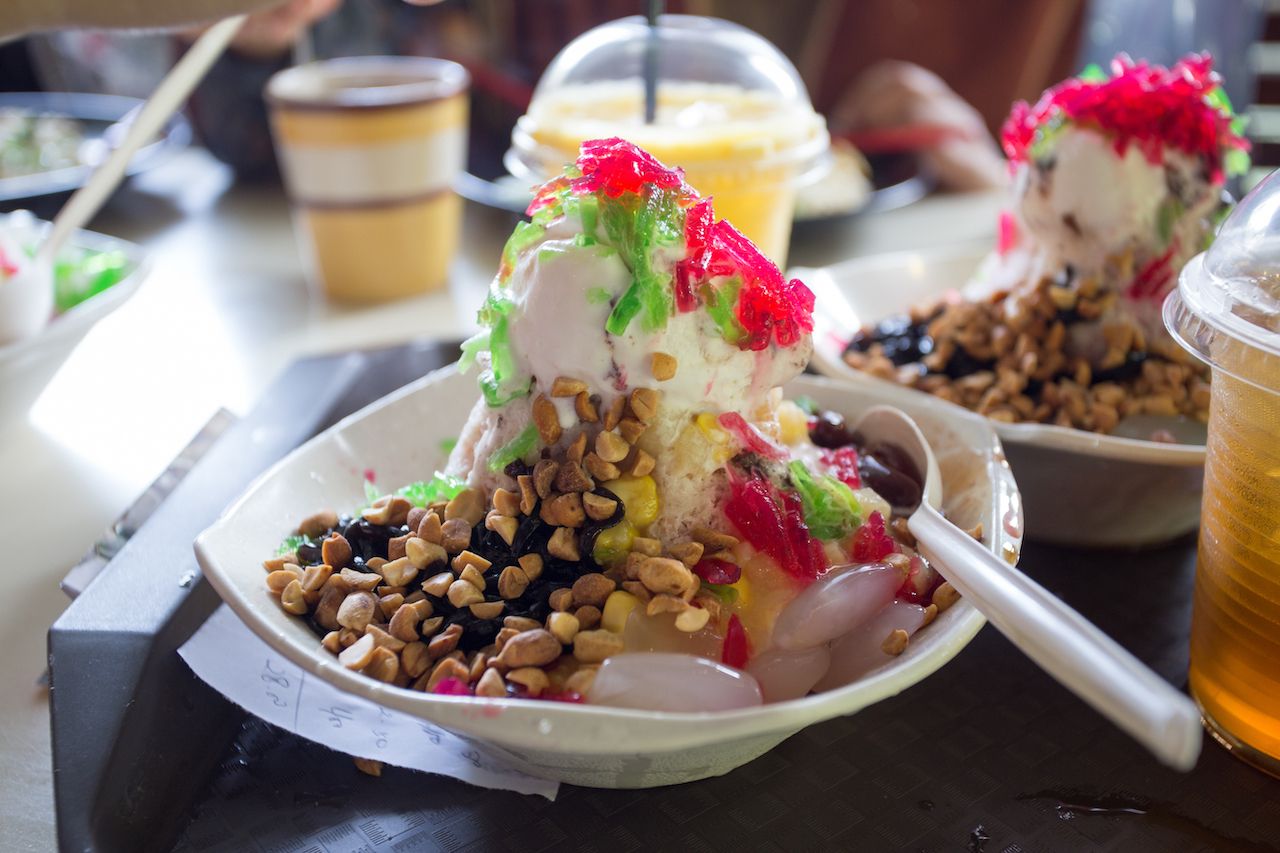 Like kakigōri, ais kacang is more like an icee that often uses condensed milk as a sweetener rather than a straight-up ice cream. It’s made with shaved ice, red beans (the name roughly translates to iced beans), jelly, and syrup. Condensed milk and ice cream, as well as nuts or fruits like mango and durian, can be added on top. According to Serious Eats, it’s sometimes called ABC in place of ais batu campur, or “mixed shaved ice.” 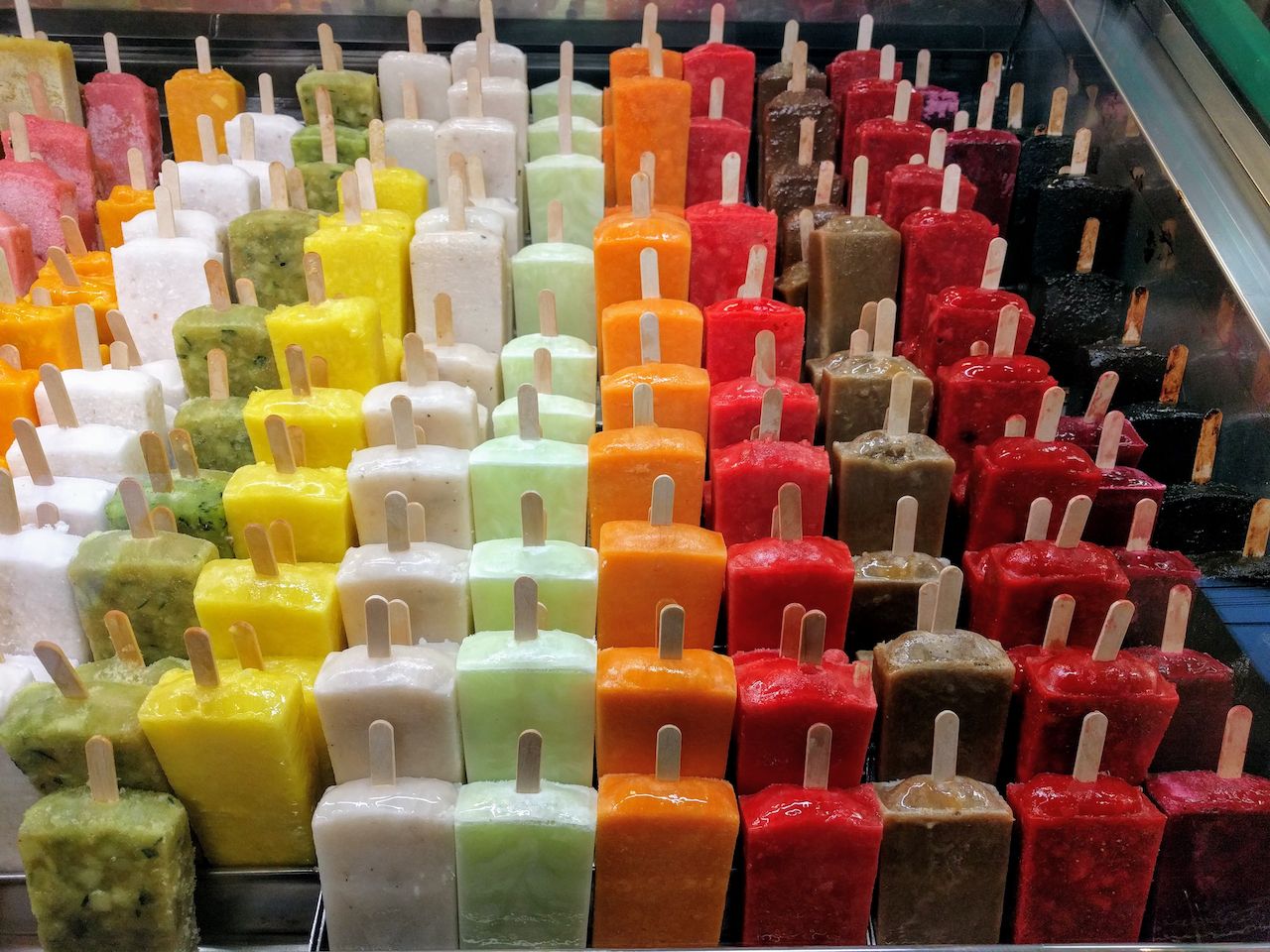 Paletas come in two styles: fruity and juice based, or decadent and milk based. Coffee, coconut, and chocolate are all popular flavors for the latter, as well as paletas flavored like chongos zamoranos, which is a Mexican dessert made with curdled milk, cinnamon, and sugar. Paletas are sold pretty much everywhere in Mexico, and a nationwide chain of shops called La Michoacana is famous for its milk-based paletas. 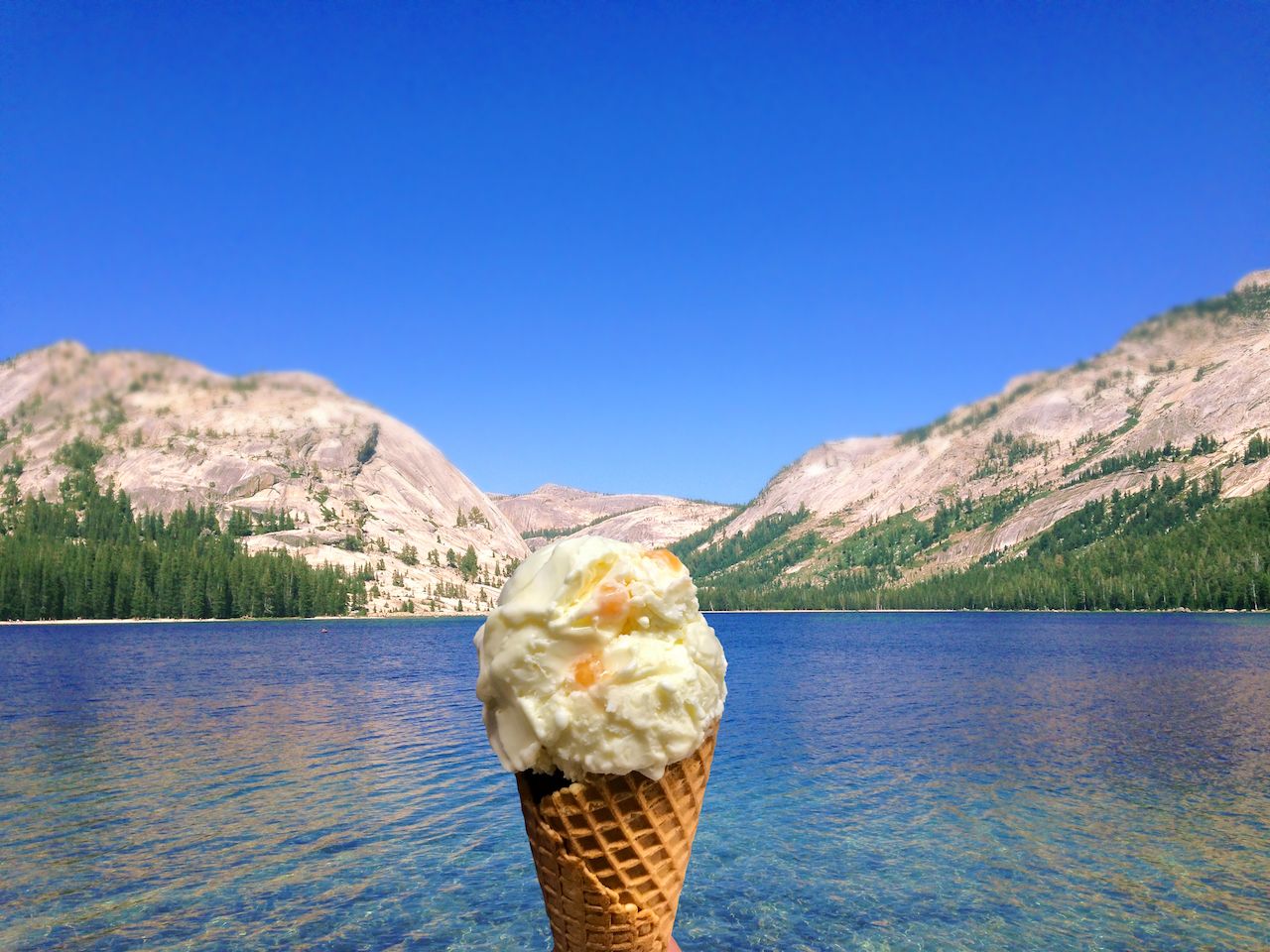 The hokey pokey has nothing to do with turning yourself around in New Zealand. Instead, it’s the Kiwi word for honeycomb toffee, and hokey pokey in vanilla ice cream is one of the most popular flavors in the country. There are competing claims on who first created hokey pokey ice cream, the most popular being that a man named Brian Simon created it in Dunedin using Crunchie Bar candy pieces. Whoever created it, it first appeared in the 1950s and quickly became a favorite. 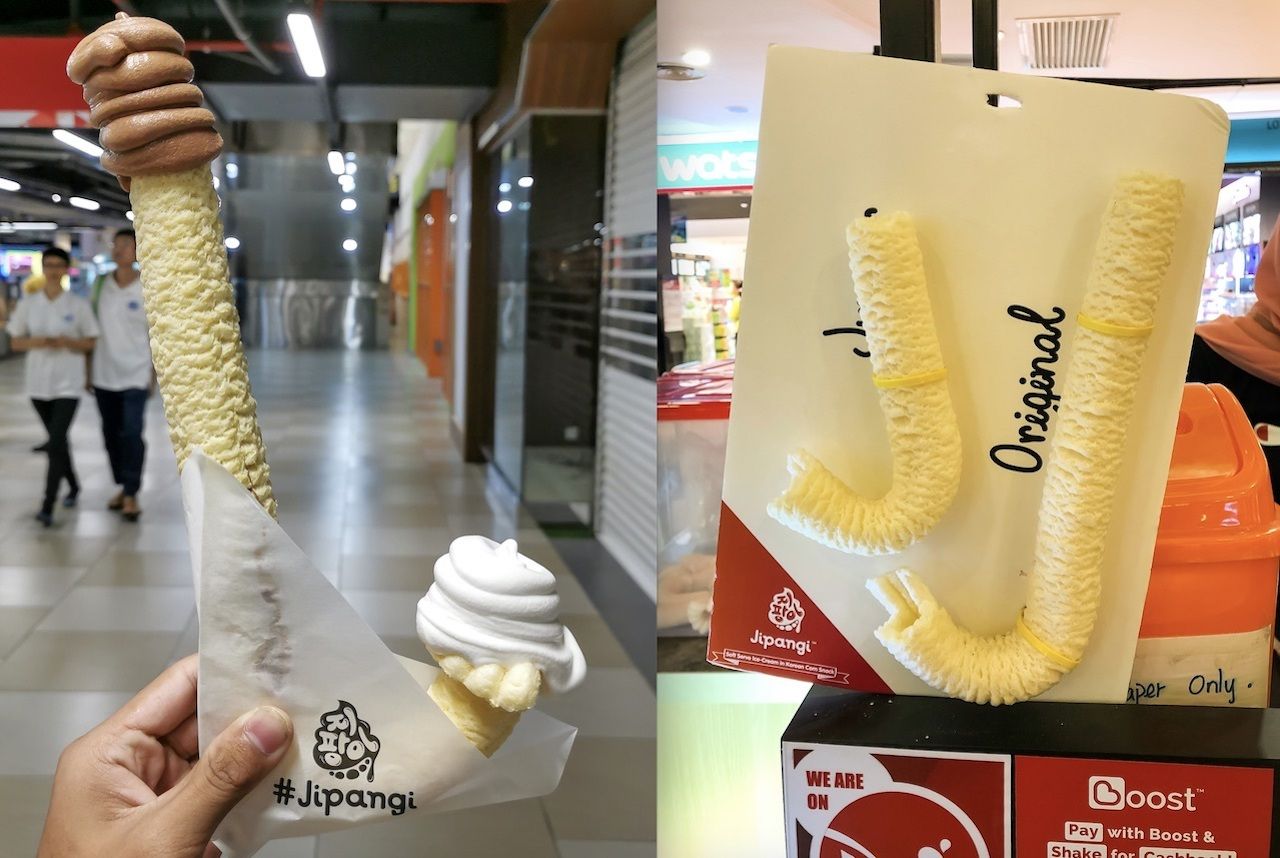 Jipangyi, or J-cones, lack the long history of some of the other global ice cream styles on this list, but it’s no less notable. J-cones are candy cane-shaped, puffed corn shells that are filled with ice cream. Each is filled just enough for a little of the ice cream to stick out either end. Some general histories point to an origin story in the malls of the Philippines, but J-cones really took off in South Korea’s Insadong shopping district. 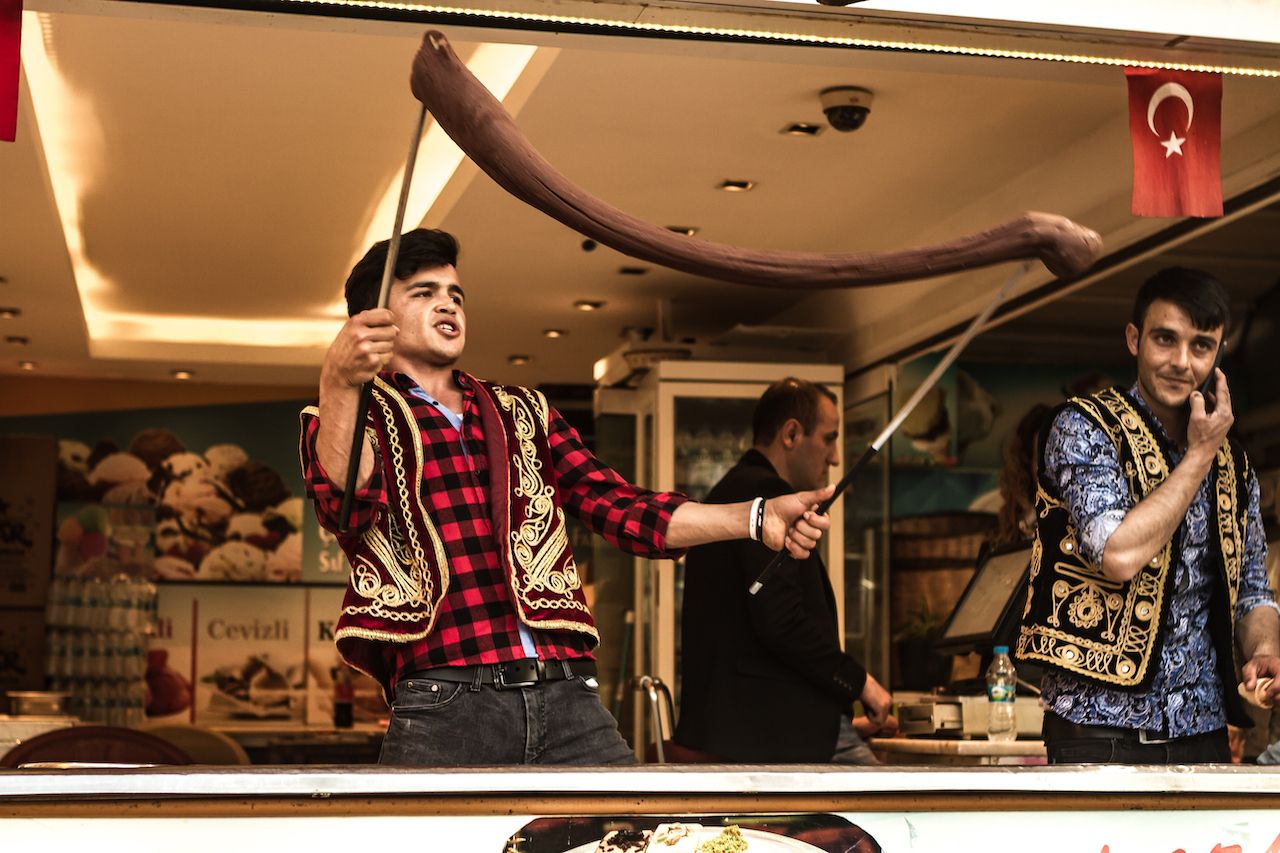 This creamy and dense ice cream stays solid at higher temperatures than the stuff in your freezer thanks to sahlab (orchid root) and mastic (resin). The result is a sweet and frozen dessert that stretches like laffy taffy and is somewhat chewy. The most common flavor is the natural sweet taste from the cream and sugar, though fruit and nut flavors are sold as well. Booza is popular around the Levant, including in Turkey where it’s called dondurma, and it’s believed to be one of the oldest traditional styles of ice cream in the world. 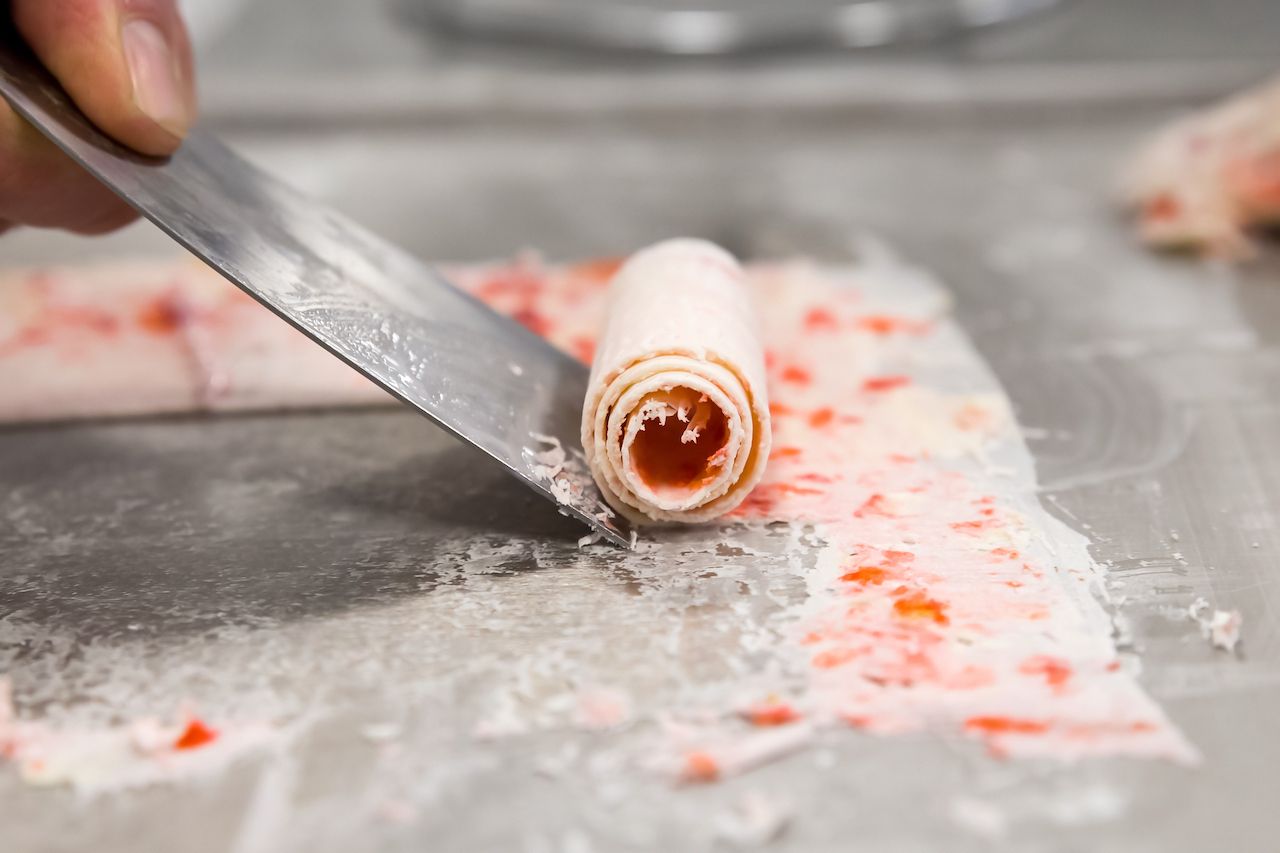 As known as rolled ice cream or stir-fried ice cream in the US, i tim pad is made by pouring a sweet cream-based mixture onto an extremely cold metal surface. The liquid quickly freezes, and then is scraped off in a roll with a metal tool that looks somewhat like a paint chipper. The beauty is that flash freezing the cream like this means pretty much any flavor is possible, as well as any topping — condensed milk, fruit, and sweet sauces, to name a few. While the full origin story isn’t known, it quickly took off as an internationally known style when the technique moved from Thailand to the US in the mid 2010s. 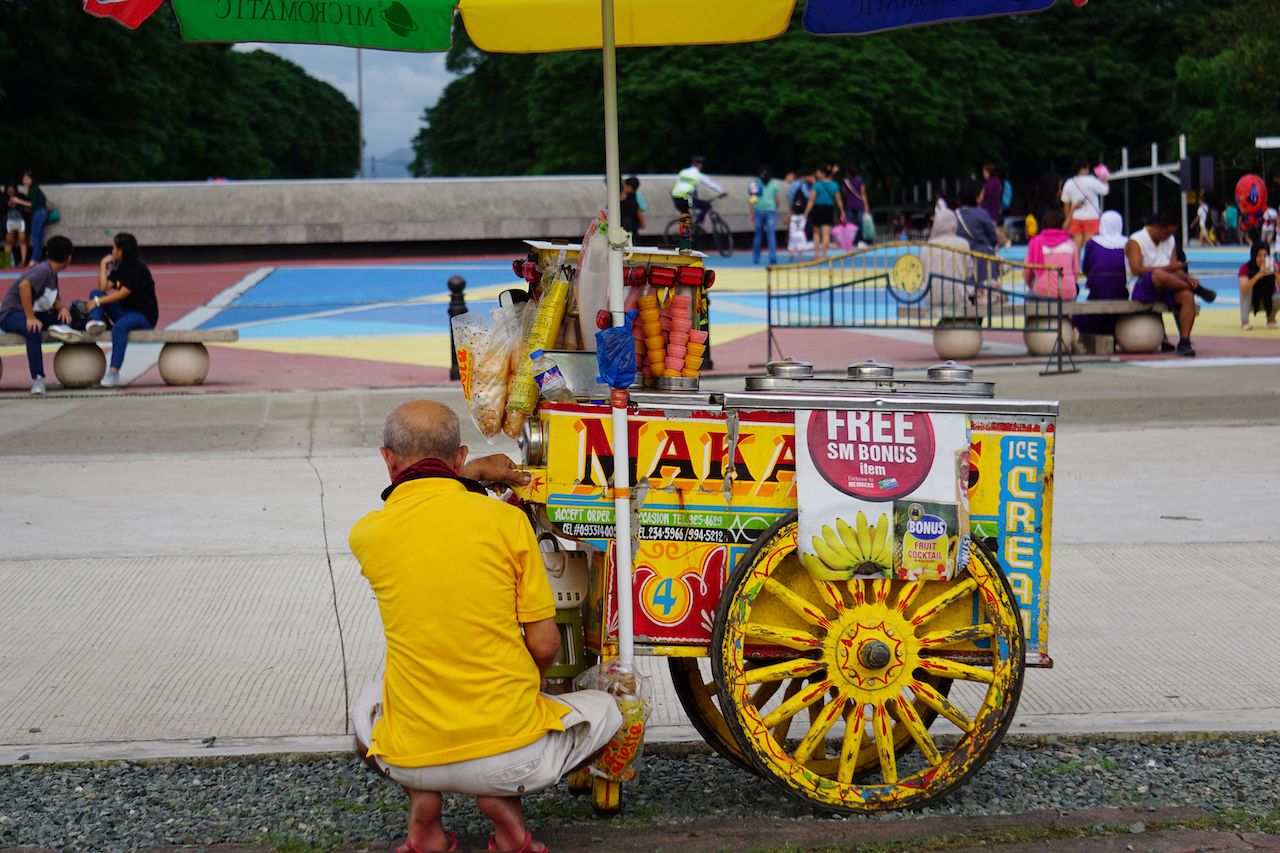 Sorbetes may sound like sorbet, but it’s an entirely different thing. Sorbetes are made with water buffalo milk, ice, eggs, and flavors that can be anything from ube to cheddar cheese. It’s eaten on a cone like the ice cream you see in many other places or sandwiched between two slices of bread. You can buy the ice cream from street vendors around the Philippines. 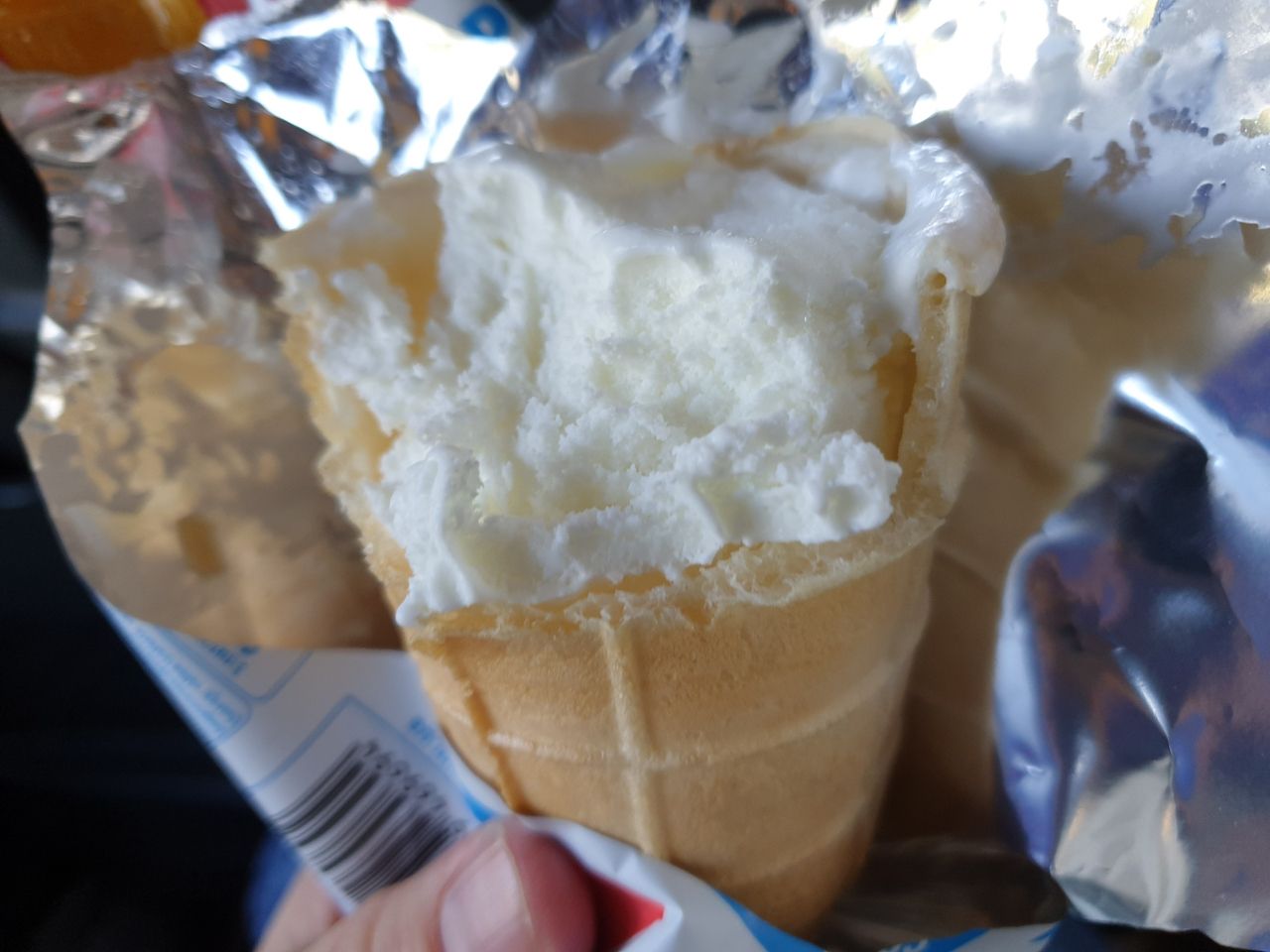 Russia is cold much of the year, but that doesn’t mean ice cream isn’t a popular dessert. Plombir is an ice cream that originated in France but really found a home in the former USSR. It’s defined by a heavy use of condensed milk along with sugar, which gives it a high fat content and a generously sweet taste and thickness. Plombir has historically been one of the most sought-after and expensive desserts in what is now Russia. 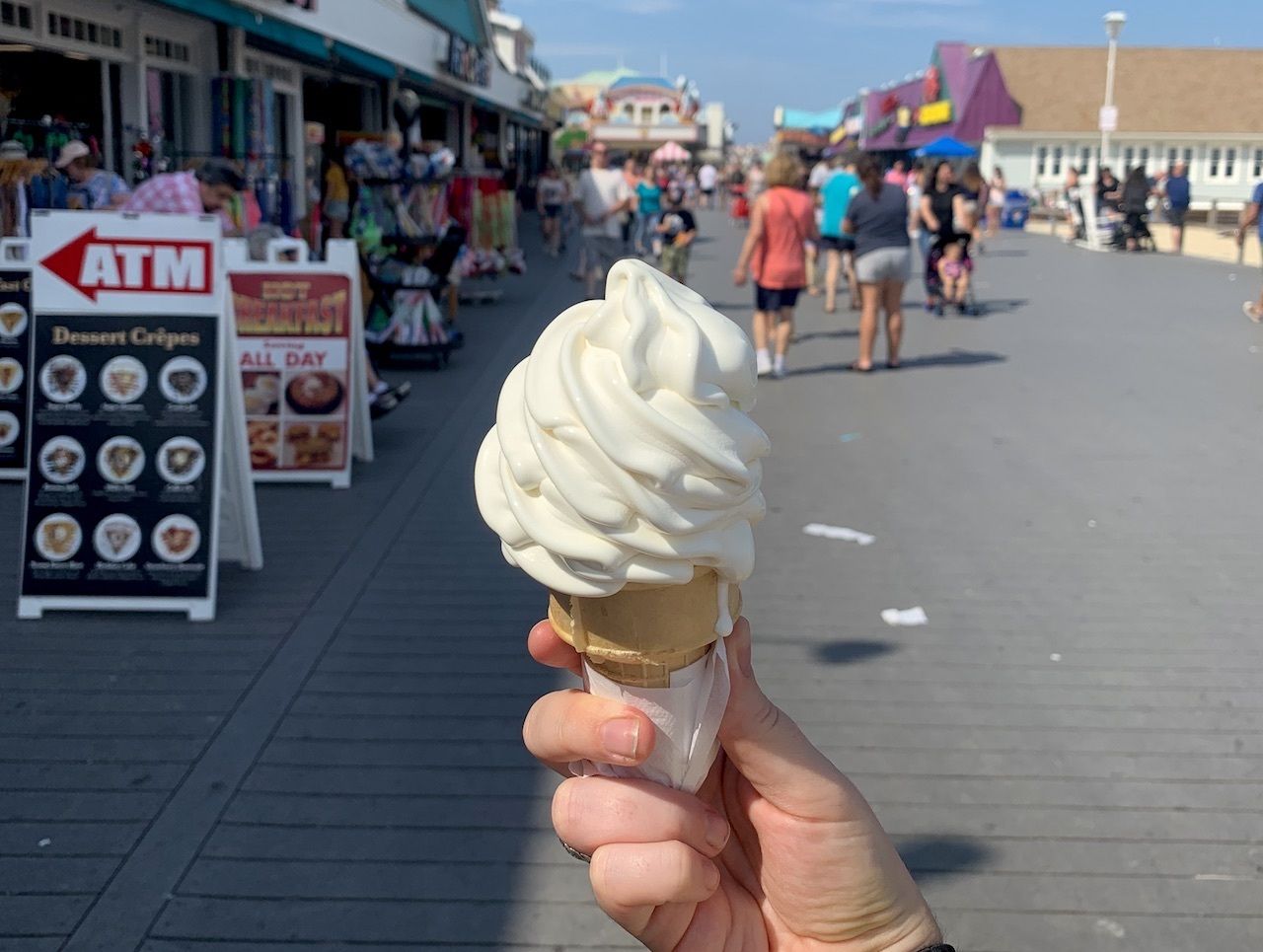 Americans love their ice cream. The grocery store freezer aisle alone can overwhelm someone with options, not to mention all of the styles sold at small beachfront stands and loud ice cream trucks that cruise the cities and suburbs. The most classic style is a frozen custard made with a milk and egg yolk base that’s chipped into a solid. The eggs set the ice cream apart, making it more dense with fewer ice crystals than dairy-only ice creams. You’ll find extra creamy, soft-serve frozen custard on the boardwalks of New Jersey, Delaware, Maryland, and more.