A world in which we can once again travel freely is creeping into view.

Greece has announced its plans to welcome international travelers by June 15. Mexico’s Los Cabos and Quintana Roo, home to tourist magnets Cancun and Tulum, hope to start reopening on the first, while St. Lucia intends to be the first Caribbean island to reinstate tourism. Iceland is similarly looking to ease restrictions in a matter of weeks, pledging to provide COVID-19 tests at Keflavik International Airport to determine if visitors will be required to quarantine for 14 days upon arrival.

Faced with the inevitable yet uncertain future of travel, many are left questioning what, exactly, that future will entail, and how it might become more burdensome: Will face masks and temperature checks become status quo? Will the recommendation to arrive three hours before an international flight triple? Should we expect to budget two weeks of isolation into every trip?

These questions are valid, but what they fail to consider is that even a future in which travel is less comfortable or convenient than it was pre-pandemic is a privilege many Americans, and others around the world, may no longer have access to.

It was not so long ago that leisure travel was reserved for the elite. A lot has changed in the century since commercial aviation revolutionized international transit: Etihad outfitted its most expensive suites with showers and 32-inch LCD TVs. Five-star hotels were built underwater, sculpted out of snow, and erected among the treetops.

Yet despite the ways in which travel has become more exclusive, its greatest advancement is exactly the opposite: Over the past 50 years, opportunities to see the world have been wildly democratized.

Air travel, in particular, has helped travel trend in favor of the masses. Roughly 60 years after that first commercial flight in 1914, Pacific Southwest Airlines became the world’s first low-cost airline, operating flights between Northern and Southern California. To date, there are over 100 budget airlines servicing Africa, Asia, Europe, Oceania, and the Americas.

The past decade’s endorsement of home-sharing platforms like Airbnb has similarly made securing accommodation at a comfortable price point easier and more accessible than ever.

With the masses now stuck in their own homes, collectively unable to travel much farther than their living rooms, COVID-19 has appeared to level the playing field once again. In reference to its non-discriminatory nature, New York Governor Andrew Cuomo and others have even labeled the virus a great equalizer.

Yet, as many have since pointed out, COVID-19 is no equalizer. Its outbreak has only exacerbated the inequalities that already exist in the United States and beyond.

Low-income workers and people of color have been disproportionately affected by the pandemic in the United States. Since mid-March, more than 38 million Americans have filed for unemployment, with some 40 percent of low-income families losing a breadwinner.

The most economically vulnerable populations are bearing the financial and fatality-related brunt of the COVID-19 crisis, among them Black Americans, Hispanics and Latinos, and Native Americans, as well as service workers, single mothers, immigrants, and those with disabilities.

In many cases, members of these demographics continue to work, thereby increasing their chances of contracting the virus, in jobs that do not provide affordable health insurance.

While higher-income workers have also lost jobs, and perhaps employer-provided health insurance, the fact remains that those with a financial cushion are not surviving the same pandemic as those without. For some, lockdown has been a struggle to keep their bills paid and families fed. For others, it’s been a struggle with boredom and an opportunity to toy with the idea of traveling, once permitted, before rushing back to an office job.

Some affluent travelers have already started planning vacations for the end of the year. According to Bloomberg News, luxury safari outfitter Roar Africa’s private safaris, which run at least $60,000 per person, have seen bookings resume since early May. The appeal is as obvious for those who can afford a private safari as a private safari is unattainable for everyone else: An ultra-exclusive African getaway is as socially distant as travel gets. 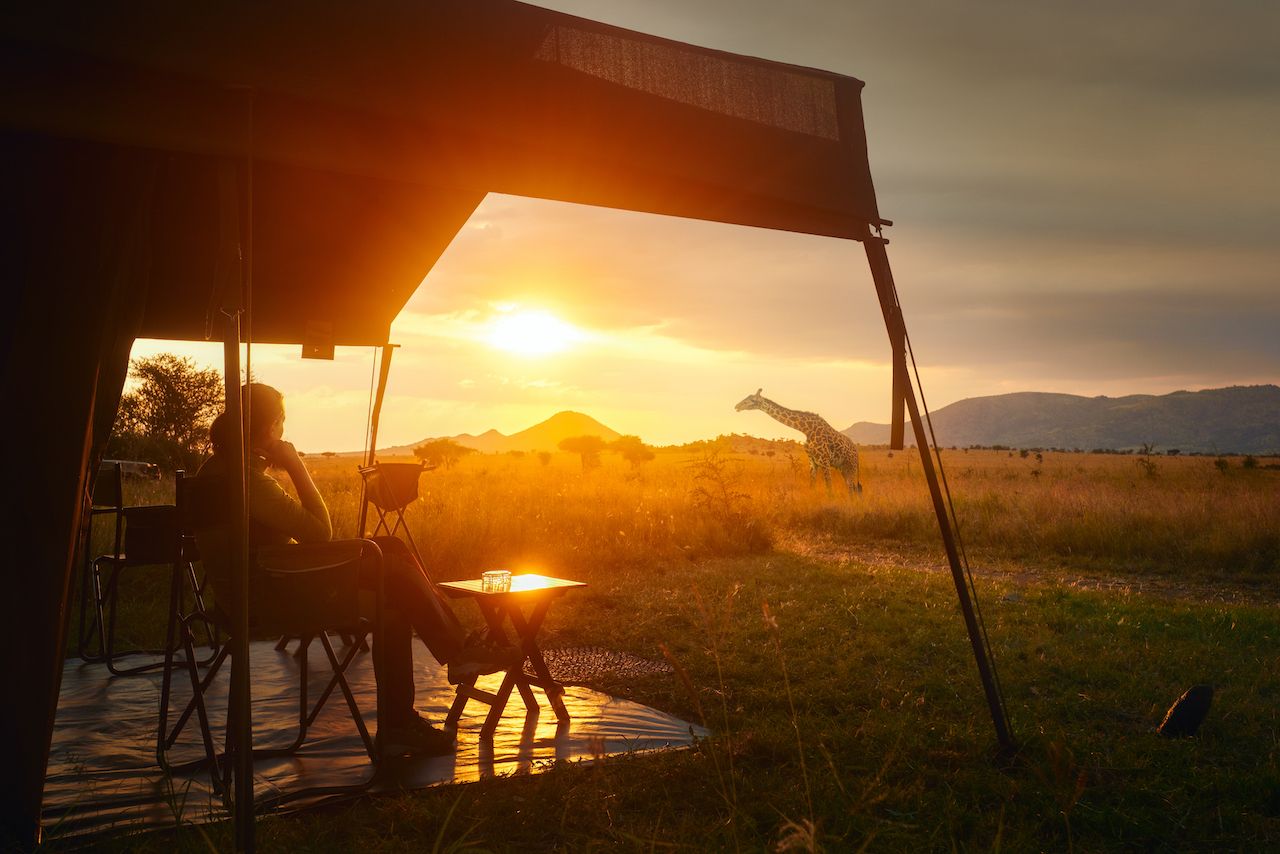 Secluded five-star hotels like the Auberge Resort in Los Cabos, Mexico, which has reportedly seen a spike in interest among holidaymakers compared to last year, are more attractive than ever. As is flying privately for anyone who has the funds.

The threat to travel’s accessibility does not stop with chartered jets, however. Those with the means to fly first or business class are likely to feel more comfortable traveling than those relegated to economy, where the promise of emptier cabins has already fallen short.

Take Brian Kelly, founder of the popular travel website The Points Guy, who recently penned an article outlining the reasons he’s ready to resume traveling. “I feel confident that with the right precautions,” he writes, “like wearing a mask and ideally flying in my own business class seat without a seatmate, I can start traveling again.”

Though Kelly built his reputation on blogging about how to maximize airline points to travel above his means, his words here evidence a wider-reaching sentiment: Travel, at least for a time, may once again trend toward the elite.

And it’s not just travelers setting the trends.

When Greece announced its plans to salvage a summer tourist season, Prime Minister Kyriakos Mitsotakis told CNN that high-end travelers were critical to resuscitating the country’s cash flow. He cited socially distant, and prohibitively expensive, yachting as an example of the type of tourism he intended to promote.

While it’s unclear if, or how much, visitors to Iceland will be expected to pay out of pocket for a COVID-19 test that, pending a negative result, would exempt them from a 14-day quarantine upon arrival, Austria’s Vienna International Airport has already put a price tag on its tests: roughly $250.

Elsewhere, in countries such as New Zealand, Australia, and the Baltic states, governments are experimenting with “travel bubbles” and lessened restrictions that will nonetheless continue to impede free travel. As these restrictions ease, some passport-holders will inevitably be welcome sooner than others depending on their nation’s infection rates, which could lead to discrimination, intentional or otherwise.

Between closed borders that seem unlikely to budge anytime soon, the folding of budget airlines and fewer available Airbnbs, and destinations reverting to prioritizing luxury travelers, the future of travel is more precarious for some demographics than others. Flights may be affordable now, while airlines struggle to survive, but as travel regains normalcy these prices are likely to skyrocket, excluding those whose finances no longer allow for nonessential spending.

The fact of the matter is that millions of Americans will have little to no expendable income in the wake of the COVID-19 outbreak. People have lost their jobs, depleted their savings, maybe even suffered non-refundable costs from canceled trips they worked hard to afford.

Whirlwind European tours were never an option for everyone, but the idea of pulling off a once-in-a-lifetime trip within an actual lifetime has been a more attainable dream in recent years than ever before. Now, travel in general, whether a week in the Caribbean or a long weekend at Disneyland, may no longer be in the realm of possibility for many. 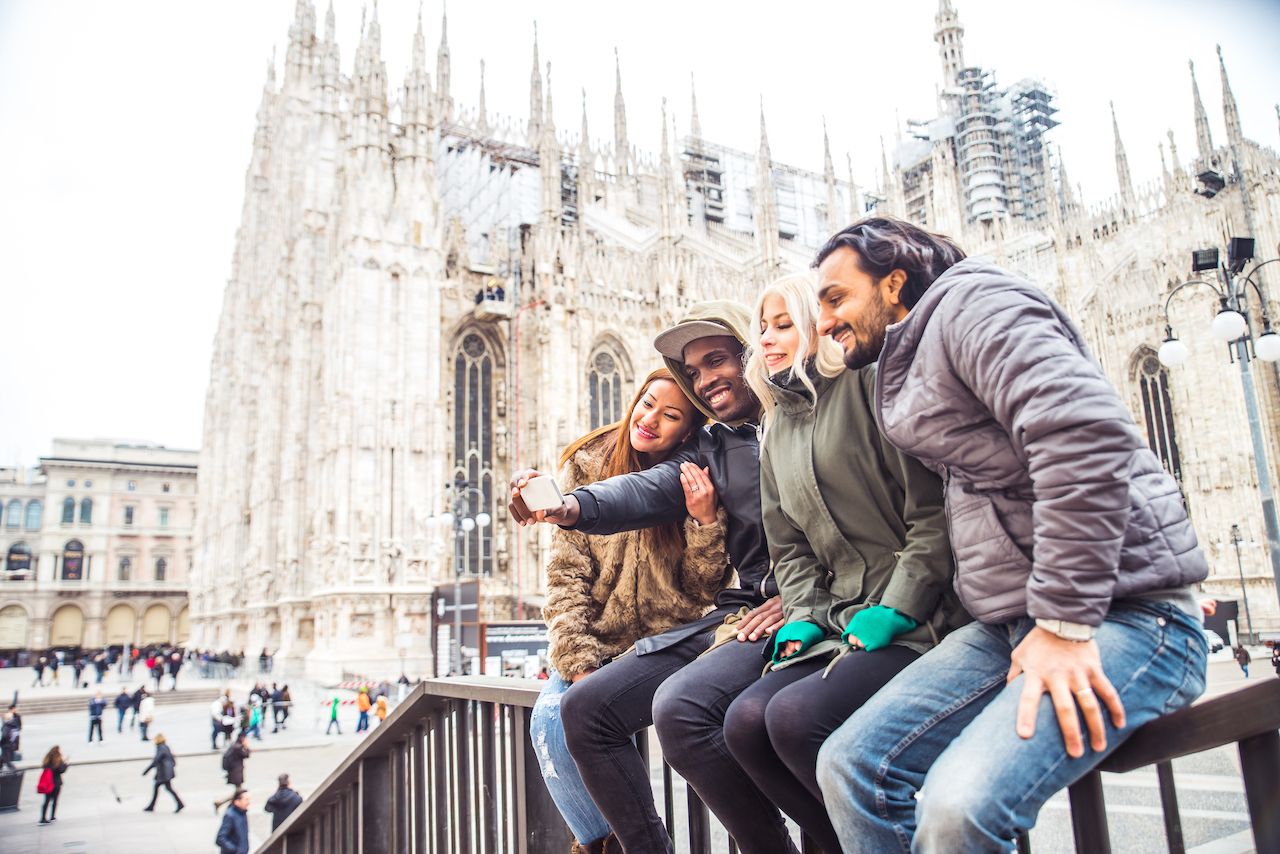 It’s sad to think about a world without travel. It’s even sadder to think of a world in which only a select few have the means to do it. The benefits of seeing a new place, meeting new people, and learning a new culture extend far beyond the digital mementos we litter on social media.

Travel is an education. It’s an exercise in empathy. It helps connect a world that often needs reminding of just how connected it is, particularly in dark, tense, isolating times.

If the last few months have taught us anything, it’s that concerted efforts to sustain that connection can yield creative solutions to seemingly insurmountable challenges. As the world begins to reopen, it will be imperative that those in power do not sacrifice accessible travel for the survival of an industry that will ultimately suffer at the hands of exclusivity.

Whatever fears we have about the future of travel, the scariest future is one that reverses decades of democratization. Annoying as it may be to imagine TSA lines made that much longer by everyone standing six feet apart, we can only hope travel’s worst-case scenario still includes everyone.

LifestyleTwitter Allowing Employees To Work From Home Forever Could Signal the End of the Office
Tagged
COVID-19 Travel
What did you think of this story?
Meh
Good
Awesome