Corn mazes are marketed as fun family activities during the fall, especially for those with young children. Some are, but America’s most impressive corn mazes generally require adult supervision, often even for teens. This may sound strict, but have enough panicked people call 911 while attempting your monster maze, as happens too often, and you’re going to establish some ground rules. Most of these crazy big corn mazes also choose a theme every year, planting crops to resemble everything from political figures to literary characters. In recent years, some have even gone high-tech, creating modern maze experiences that any escape-room-loving adult looking to channel their inner child will simply adore. 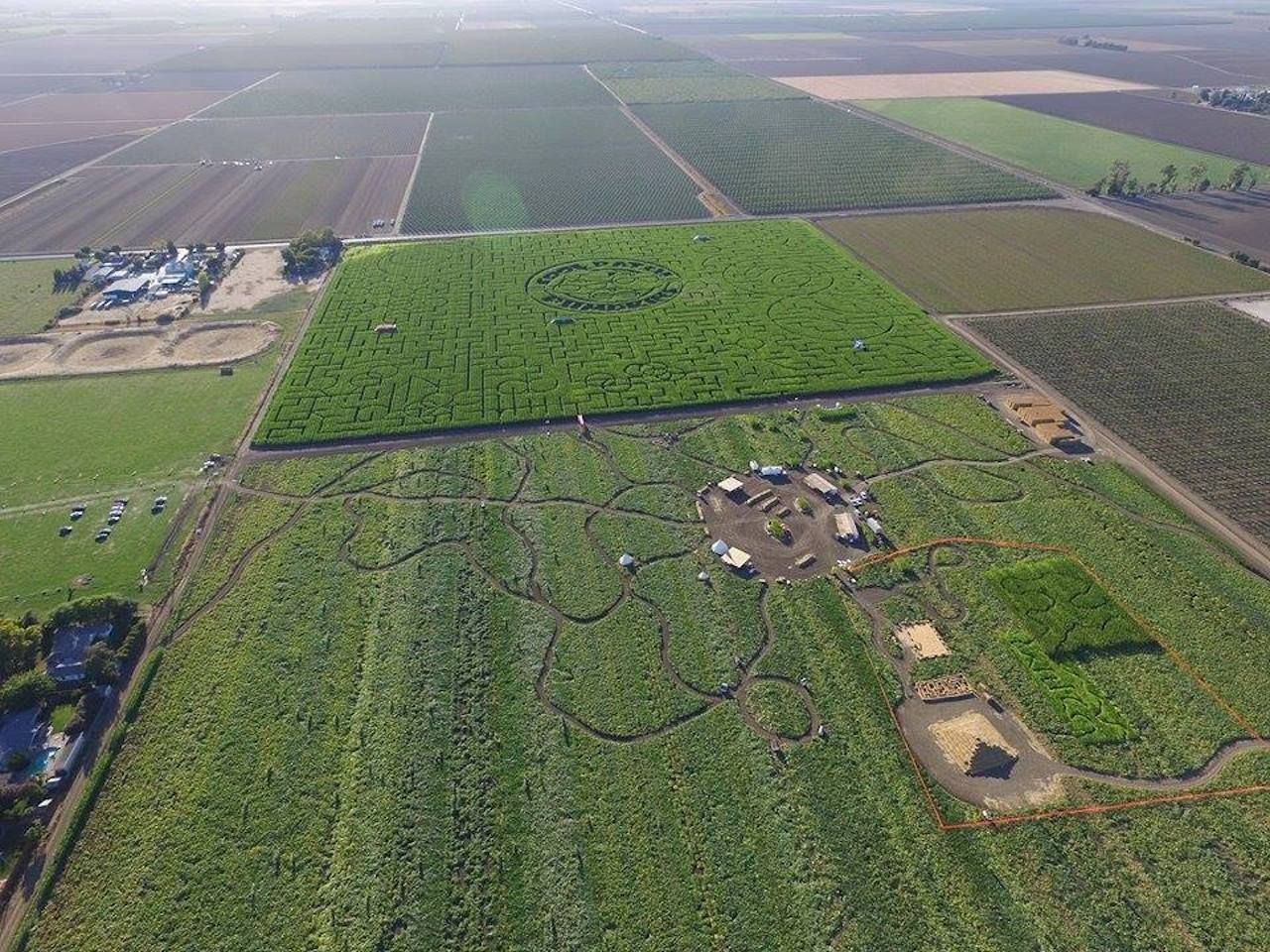 Matt and Mark Cooley, brothers and co-owners of Cool Patch Pumpkins, created their first corn maze in 2013 in an effort to draw more visitors to their pumpkin patch. It spanned 15 acres. By 2007, it had grown to 40 acres, and Guinness World Records declared it the world’s largest temporary corn maze. Today, it covers a whopping 60-plus acres. The design this year features the Cool Patch Pumpkins logo, as well as a salute to the area’s first responders. Given the maze’s size and difficulty, you have to be 18 to purchase tickets, and anyone under needs adult supervision. 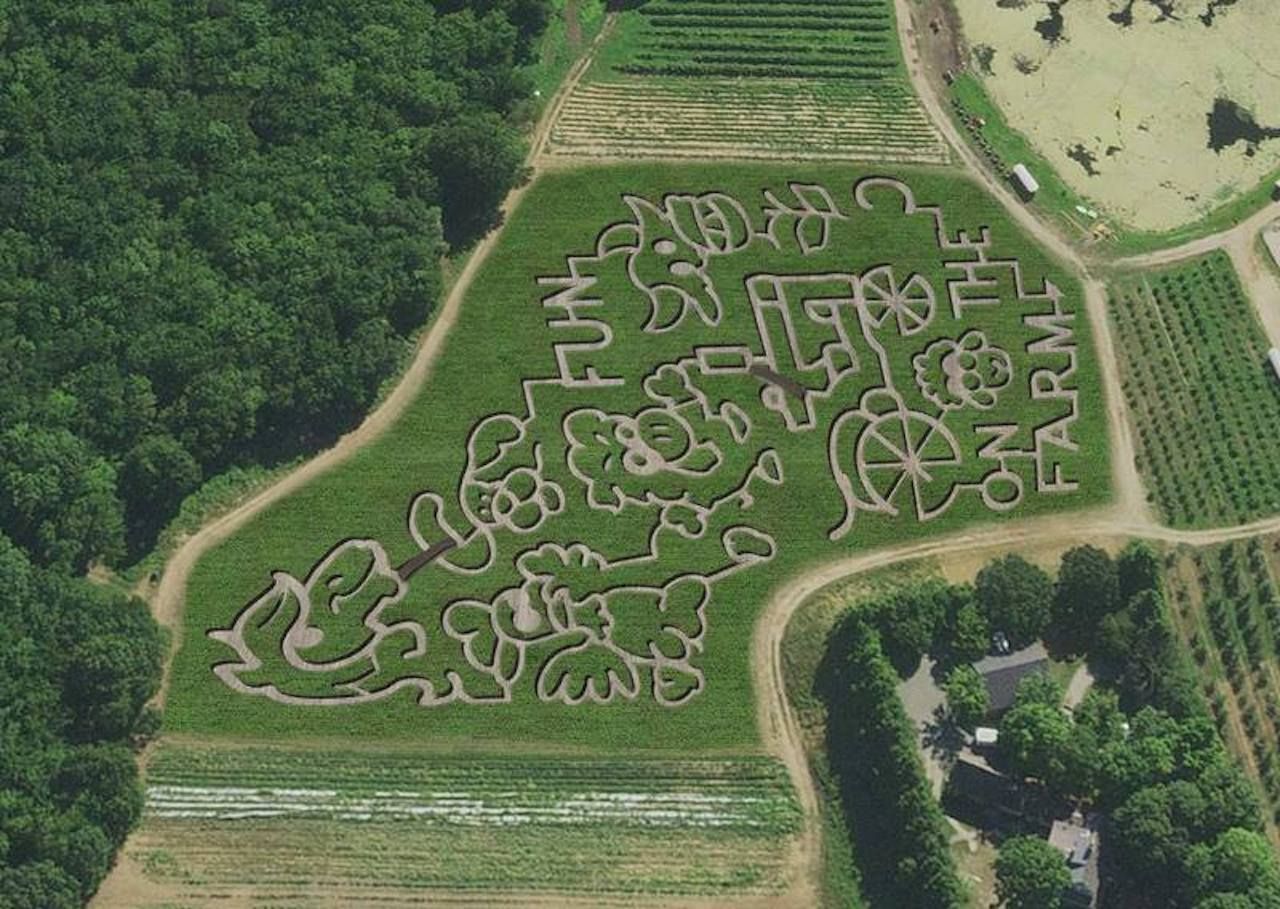 Connors Farm goes all out with its seven-acre corn maze, choosing themes like Charlie Brown, Clint Eastwood, Family Guy, and the witches of Salem. We’re not sure how they’re selected, exactly, but the nod to Massachusetts’ spookiest city makes sense as Danvers is just 15 minutes north of Salem. The theme this year is Fun on the Farm. In addition to general admission, you can tackle the maze by flashlight after dark on Friday and Saturday nights through November, as well as on Halloween. On Saturday, October 5, you can also hit up Singles Night to find love around the campfire, or perhaps while finding your way out of the maze. 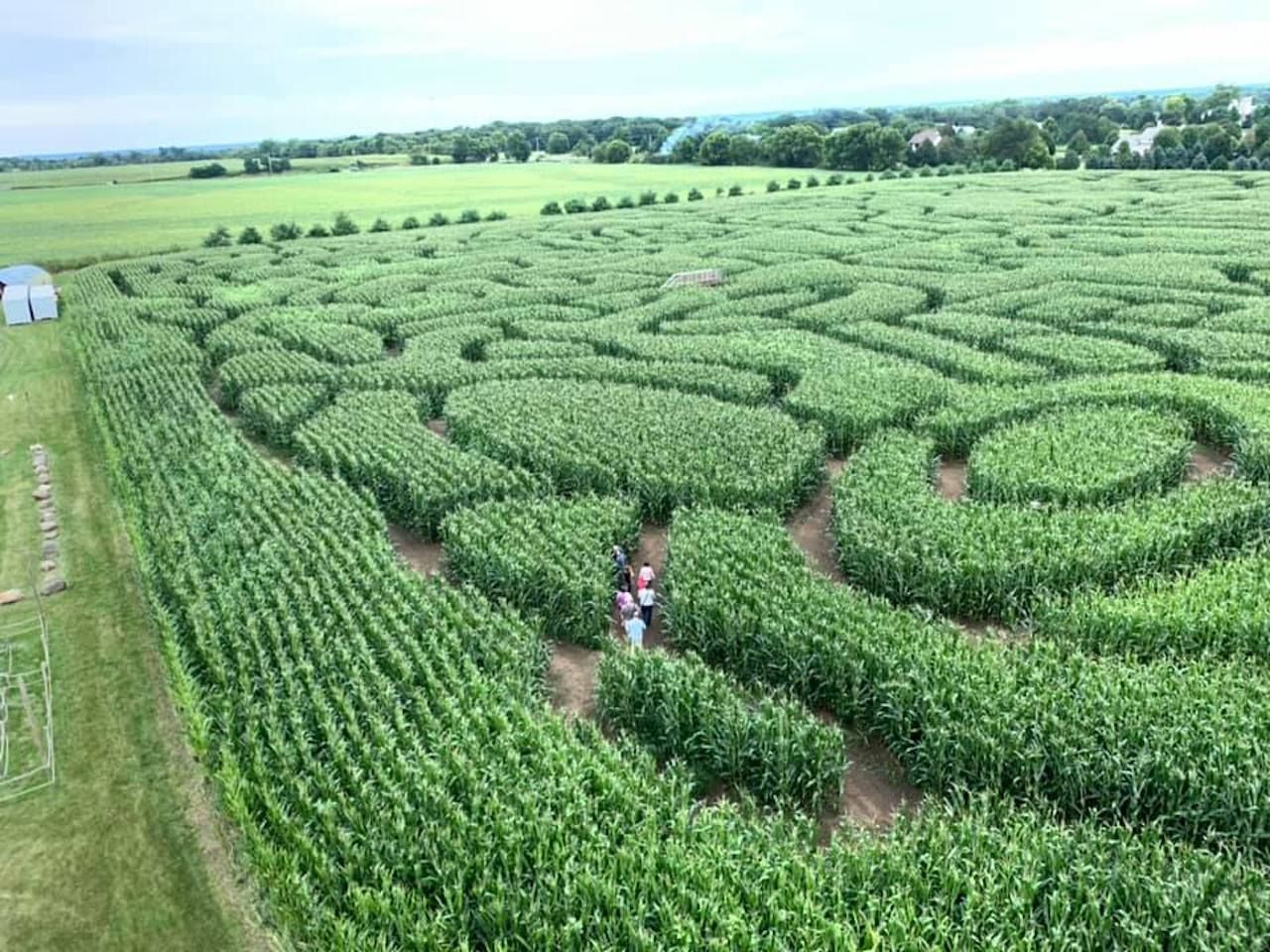 Fall ushers in much of the adventure this farm’s name promises. There are pig races, wagon rides, and a zip line, as well as staples like a pumpkin patch and corn maze. And not just any maze either; it’s one of the largest corn mazes in the US, with nearly 10 miles of trails and 28 acres of corn crops. This year’s maze pays homage to the Apollo 11 mission and first moon landing in honor of its 50th anniversary. As an added challenge, try to find the 24 hidden checkpoints not on the map provided as you navigate the maze. 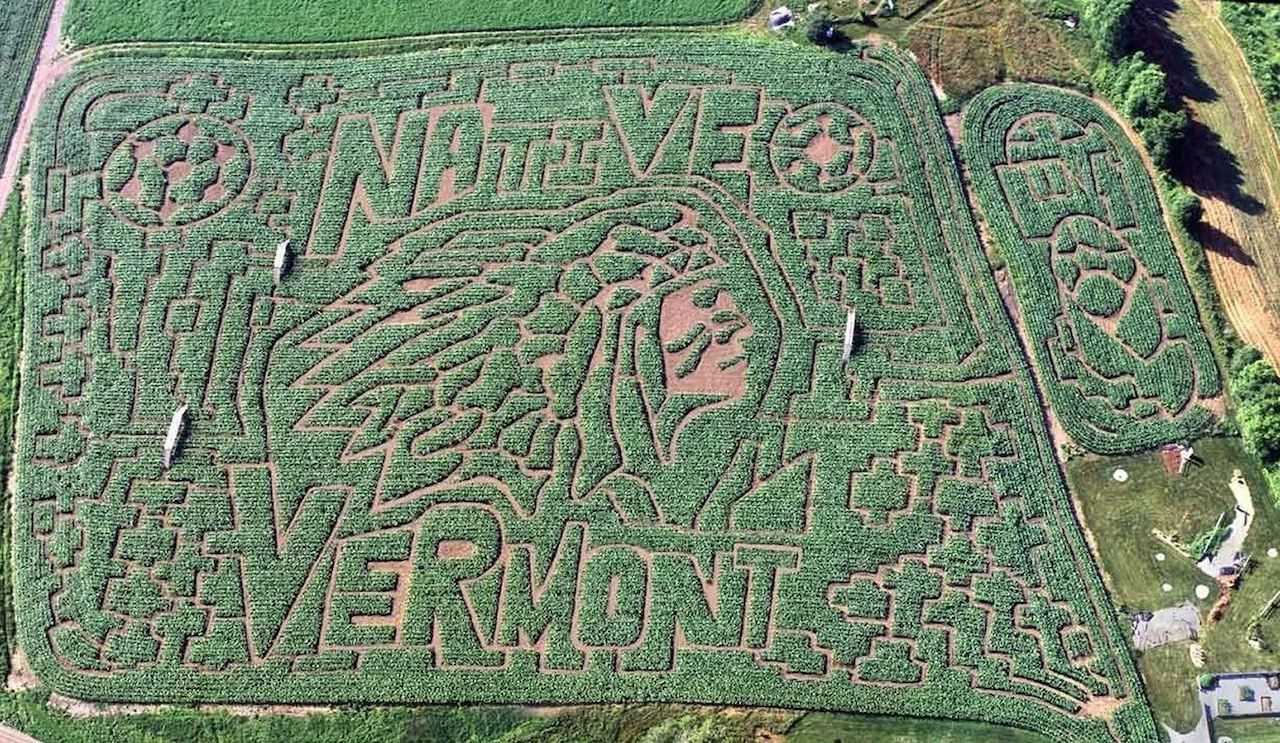 There are two ways to do the Great Vermont Corn Maze. You can either dive into the 24-acre Big Maze, which amounts to as much exercise as a 2.5-mile hike given its hilltop location, or you can opt for the Scenic Maze, which is actually a set of directions that you discover as you go, which reveal a shortcut through the Big Maze. Though the Scenic Maze is suitable for all ages, the website warns against even teenagers attempting the Big Maze, claiming that most give up quickly. Teens also need to be accompanied by adults here, so you know it means business. 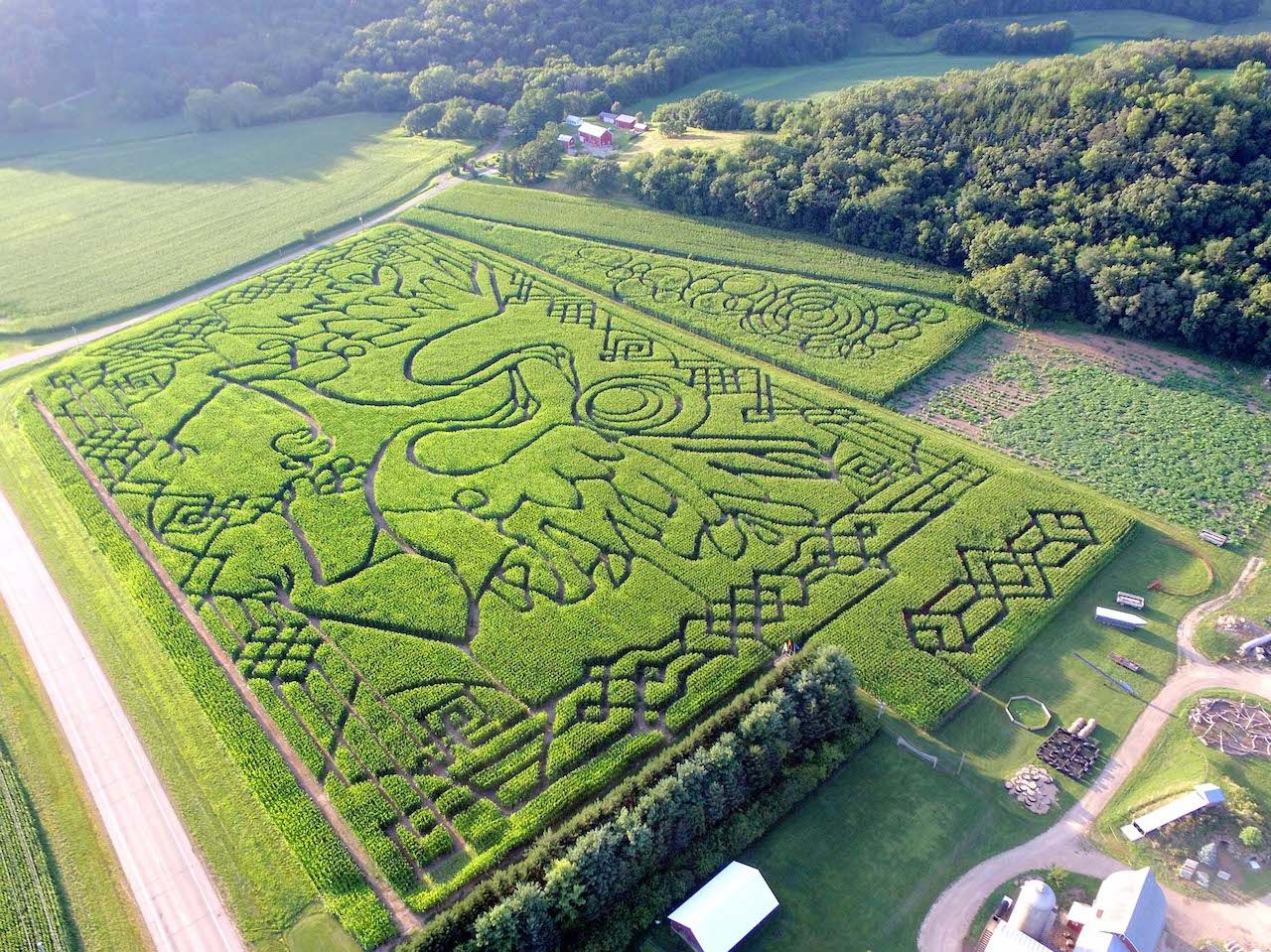 Treinen Farm describes its corn mazes as “part work of art, part outdoor game, part social experiment.” They’re also labors of love, designed and planted by the Treinen family. Past mazes have depicted various animals and mythological figures, as well as miscellanies like a pirate ship, T. rex, and the “Vitruvian Man.” Maps are available to guide visitors through this year’s Dance of the Cranes maze honoring Wisconsin’s Whooping and Sandhill cranes, the latter of which was recently on the brink of extinction. For something trickier, try to find all the numbers hidden in the crowd-favorite Circle Maze, where you get no map. Your first task? Locate the maze itself. Treinen Farm offers prizes to those who complete its challenges. 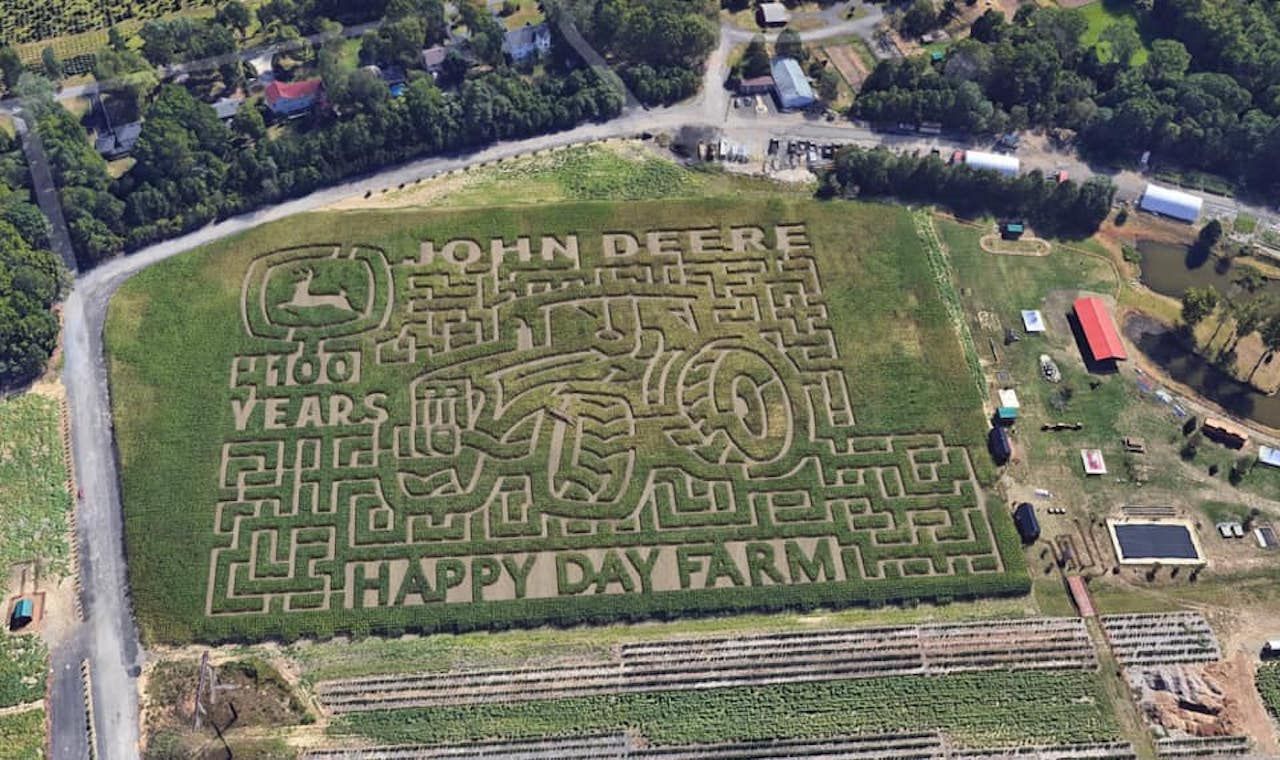 Happy Day Farm splits its 10-acre corn maze between two paths: one that’s perfect for kids and another befitting more experienced mazers. Themes here waffle between patriotism and pop culture, having included John Deere tractors, the Super Bowl XLVIII, and the Civil War. This year is dedicated to Marvel’s Avengers. Bringing corn mazes into the modern era, Happy Day Farm offers a GPS locator to help if you get lost and also lets visitors earn hints to the way out by answering questions via text. Alternately, guests can try their hands at Maize-O-Poly, during which players look for squares from their game boards in a bid to be “Farmer of the Ear.” 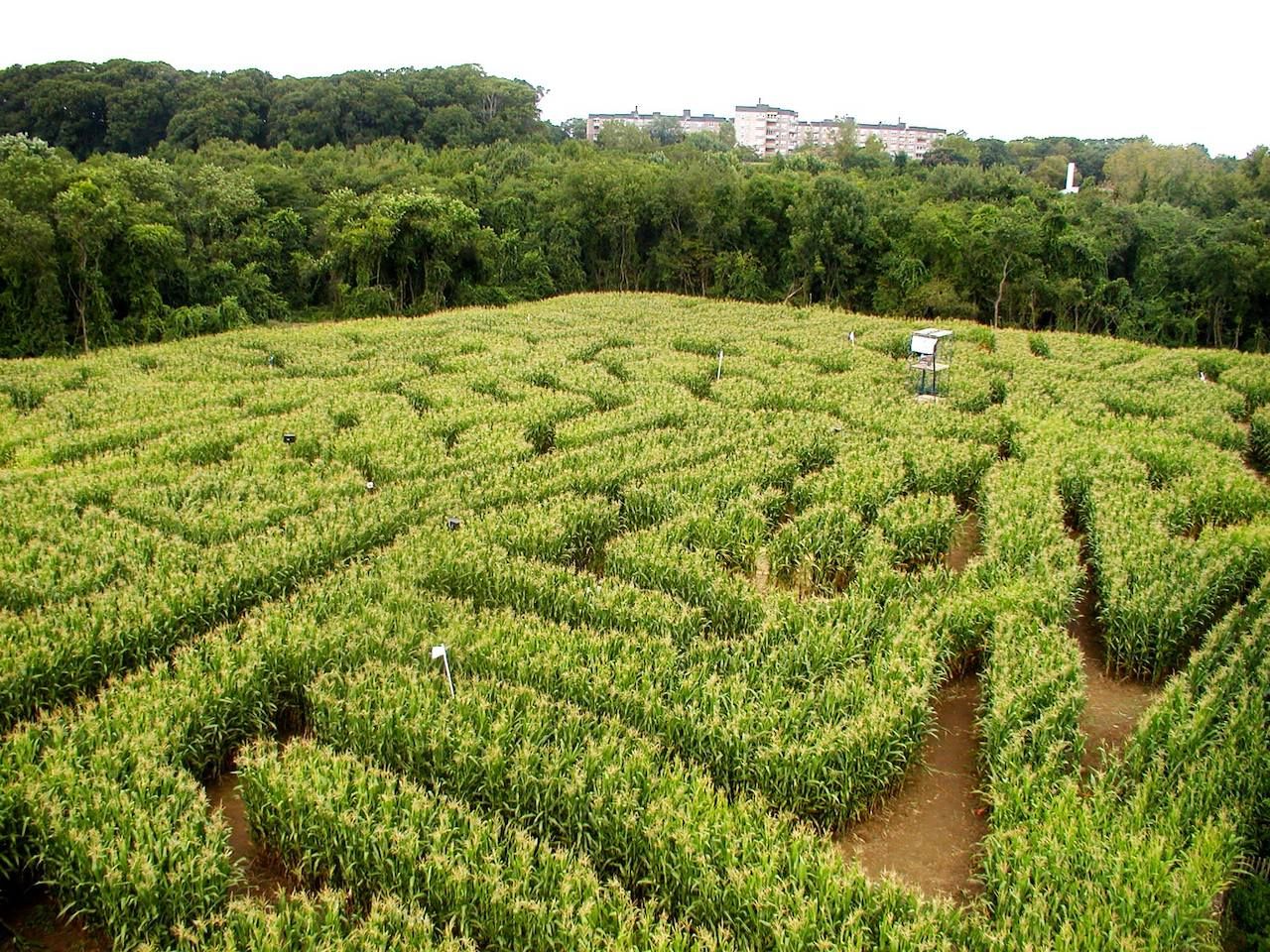 Queens County Farm Museum’s maze offers visitors a different sort of challenge. Squeezed into just three acres, it compensates with tight twists and turns that, appropriately for the Halloween season, look like intestines from above. Clues and puzzles are provided to help you get through the maze, which takes around an hour from start to finish. After completing the only corn maze in New York City, the 21-plus crowd can hit the city for a round of pumpkin beer.

NewsThe Most Popular Halloween Candy in Every State
Tagged
Culture Family Travel United States
What did you think of this story?
Meh
Good
Awesome