Today, St. Patrick’s Day in the US is synonymous with posting up at the local Irish pub at 3:00 PM, green Jell-O shots, and breaking out that embarrassing green shirt you can only wear once a year. In the drunken haze, we often forget that the holiday is actually a celebration of Irish culture. The Irish experience in the US has been long and difficult, and it is, in many cases, an example of the American Dream in action. Taking some time around St. Patrick’s Day to consider the rich history of the Irish in America, and even visit some cultural significant landmarks, will make you appreciate the holiday a lot more. Whether you go before hitting the pub or as a way to distract yourself from the hangover, these are the Irish cultural sites you should consider visiting this year. 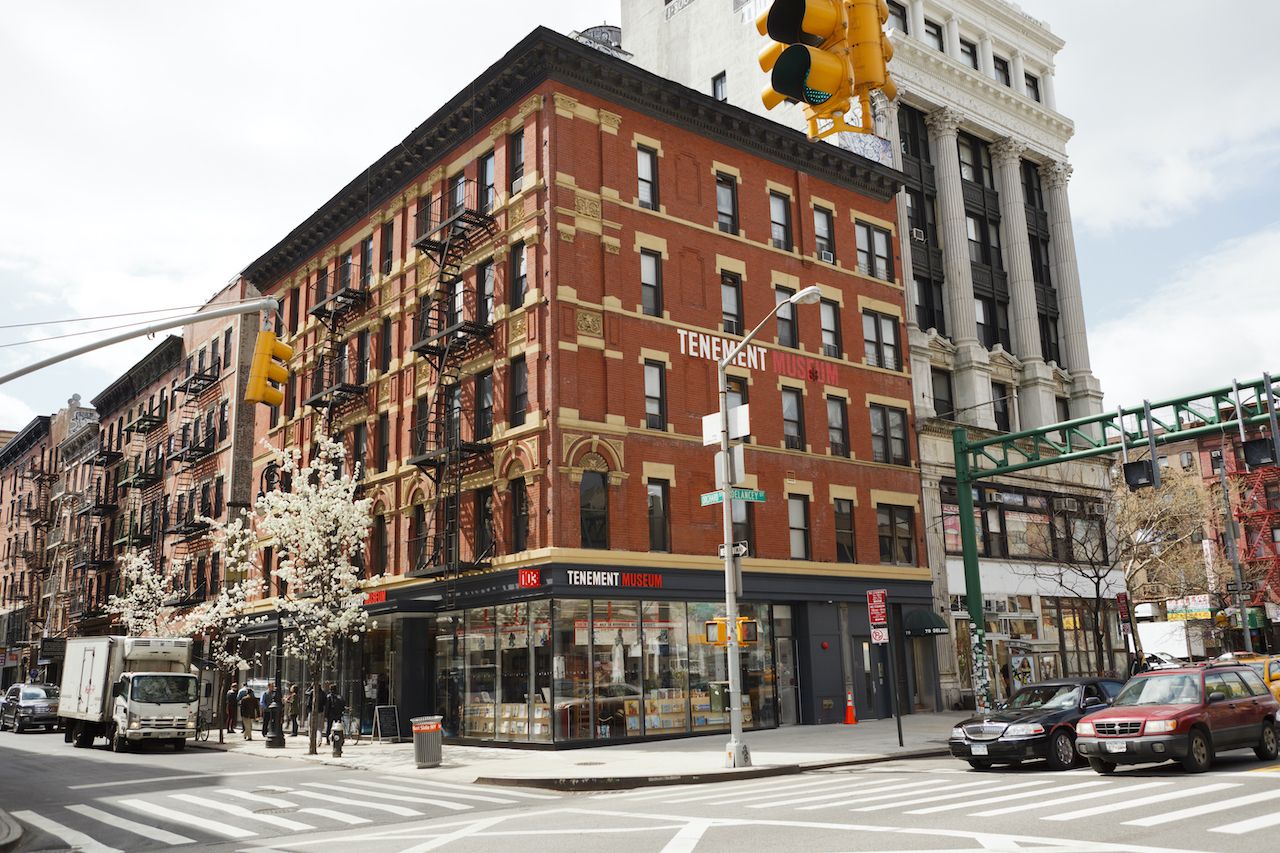 Nowhere is the immigrant experience better documented than the Tenement Museum in New York City’s Lower East Side. The museum focuses on Jewish, Irish, and other immigrants who came to the US in the late 1800s and faced prejudice as they struggled to make a life for themselves in a new country. The Irish Outsiders apartment tour is the best example of this. It tells the story of one immigrant family who arrived in America in the mid-1860s, when Irish immigrants were looked upon unfavorably. They lived on the grounds of what is now the Tenement Museum, along with many other immigrant families. Visiting their historic dwelling will not only give you an appreciation for the early Irish experience in America but also show how other minority communities adapted to life in the US. 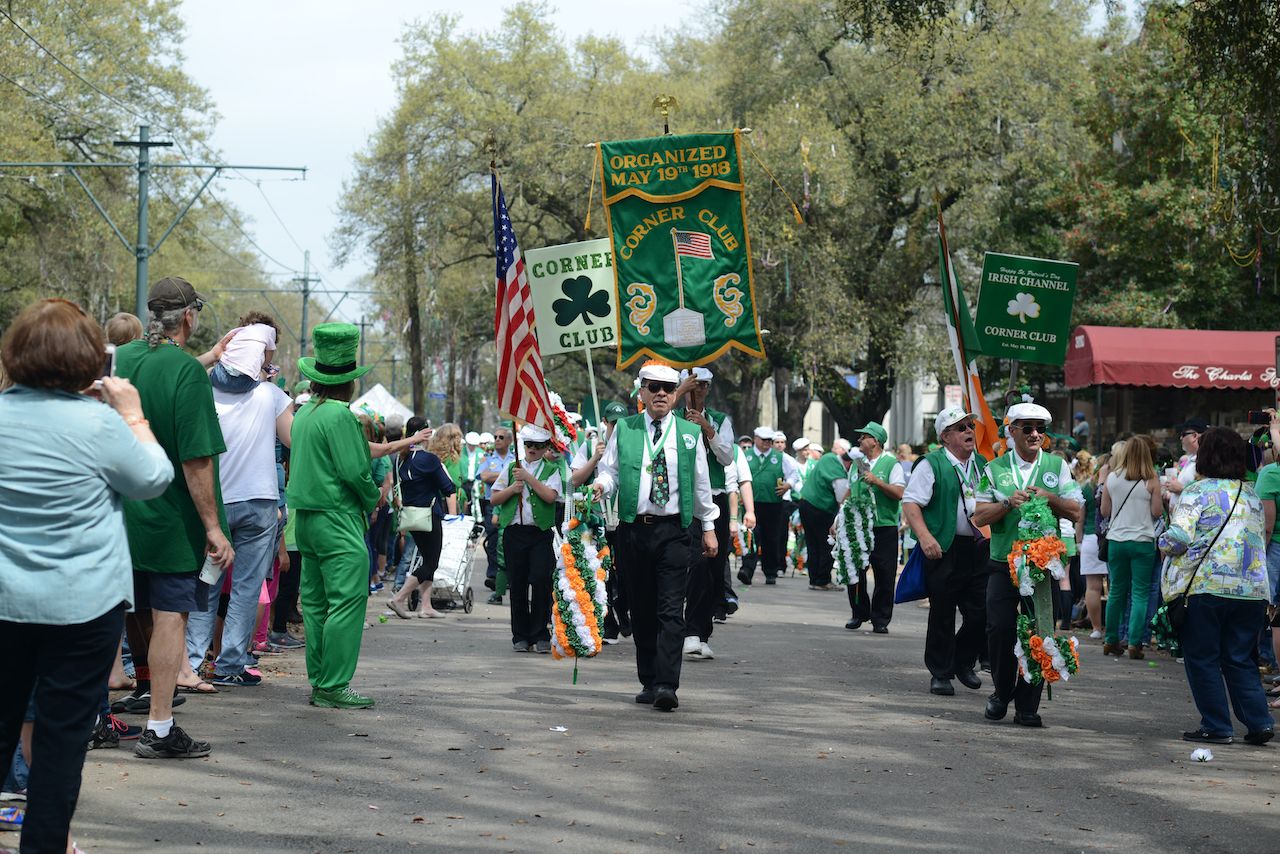 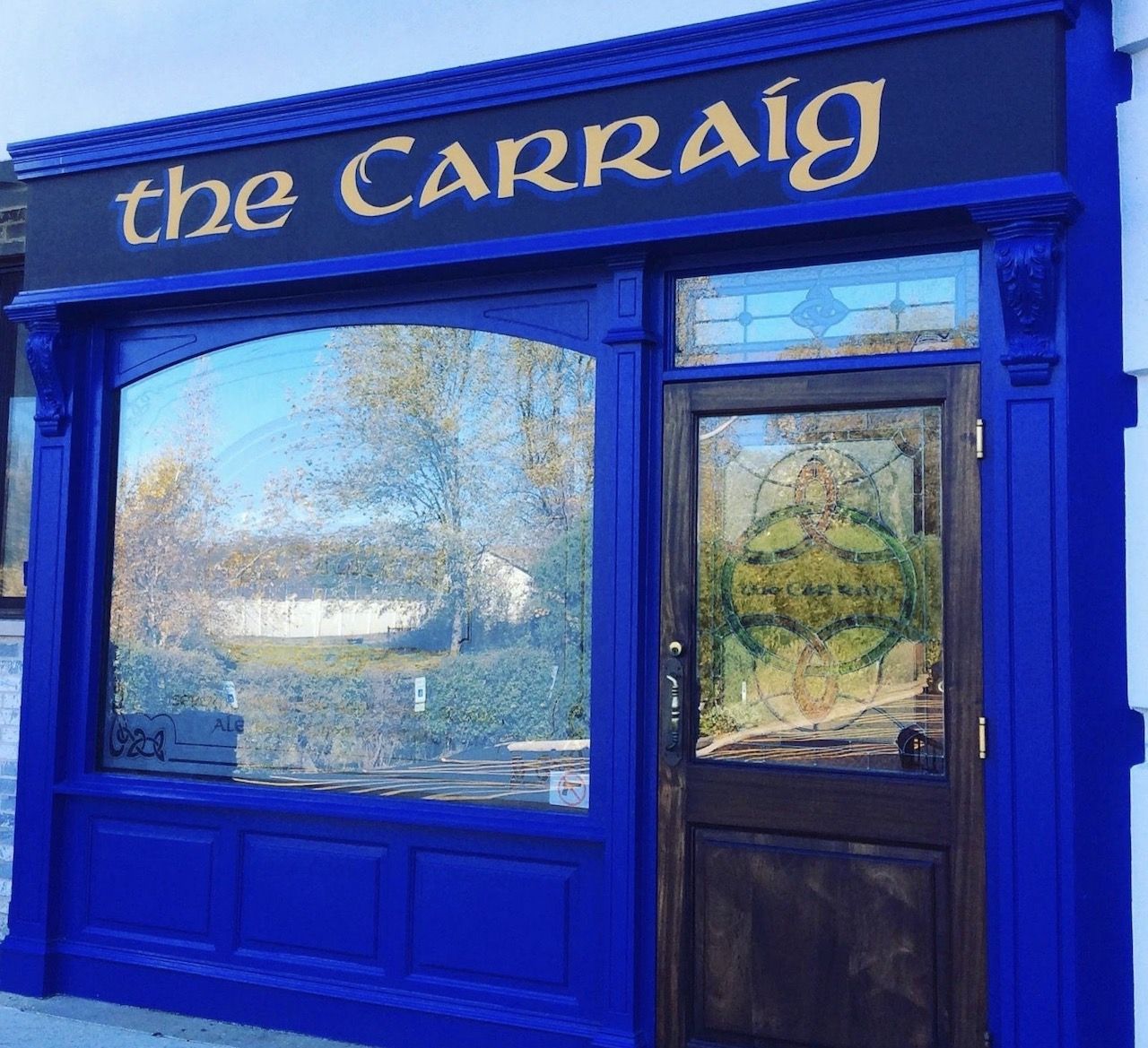 Chicago is famous for its St. Patrick’s Day celebration wherein the city dyes the river green, but for a more authentic Irish experience, head to Chicago Gaelic Park. Opened in 1985 as a place to promote Irish heritage and culture, the park hosts Irish dancing, music lessons, concerts, and is home to the Carraig Irish Pub. The Irish Famine Monument is also located inside the park, dedicated to the millions who died of starvation or were forced to immigrate during the Irish Potato Famine of 1845-1850. It portrays a poor family being evicted from their ravaged home, illustrating the trying conditions the Irish were forced to endure. 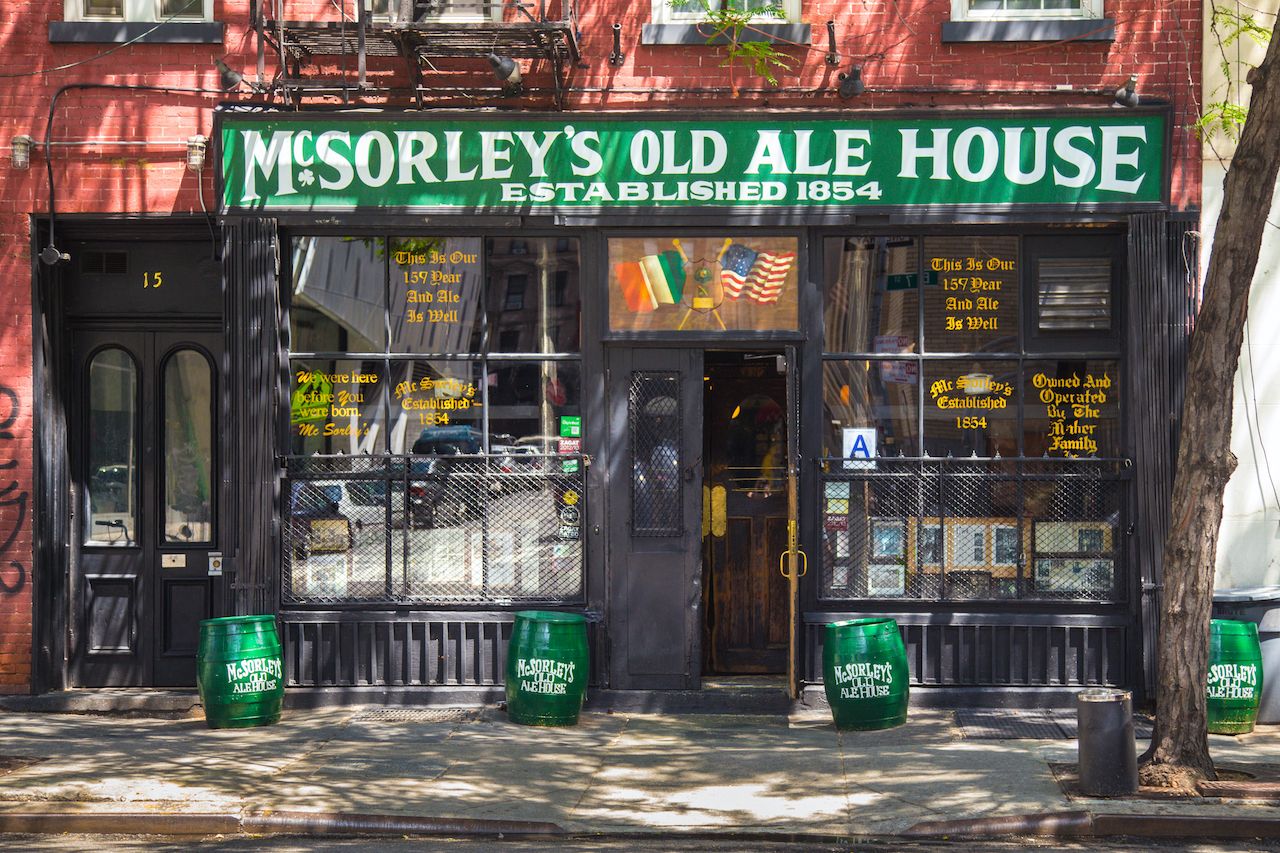 Boston might be known for its Irish pubs, but the distinction of being home to the oldest Irish pub in the country belongs to New York City. McSorley’s Old Ale House was opened in 1854 by John McSorley who arrived in the US from Ireland just four years prior. Due to its notoriety, it’s become a popular tourist attraction, but that doesn’t take away from its classic atmosphere. It has been featured in paintings and has been frequented by notable guests like Abraham Lincoln, Hunter S. Thompson, and Woody Guthrie. Deciding on a drink there is easy; the pub only serves its own brew, which comes in two varieties — “light” and “dark” — for outrageously cheap prices (by NYC standards).

The town of St. Patrick, Missouri, went the extra mile to show off its Irish heritage by changing its name from North Santa Fe to St. Patrick in 1857. With a population of 24 people, the town was originally settled by Irish immigrants, who brought with them a strong Catholic faith. Its most notable landmark is the Shrine of Saint Patrick, a church originally built in 1956, and modeled after St. Patrick’s Memorial Church of Four Masters in County Donegal, Ireland.

And in case you’re looking for a souvenir from your epic trip to St. Patrick, make sure you stop at the post office. It issues a one-of-a-kind stamp not available anywhere else in the world, with a shamrock symbol, Irish hat and pipe, and the words “St. Patrick, Missouri: The Only One in the World.” 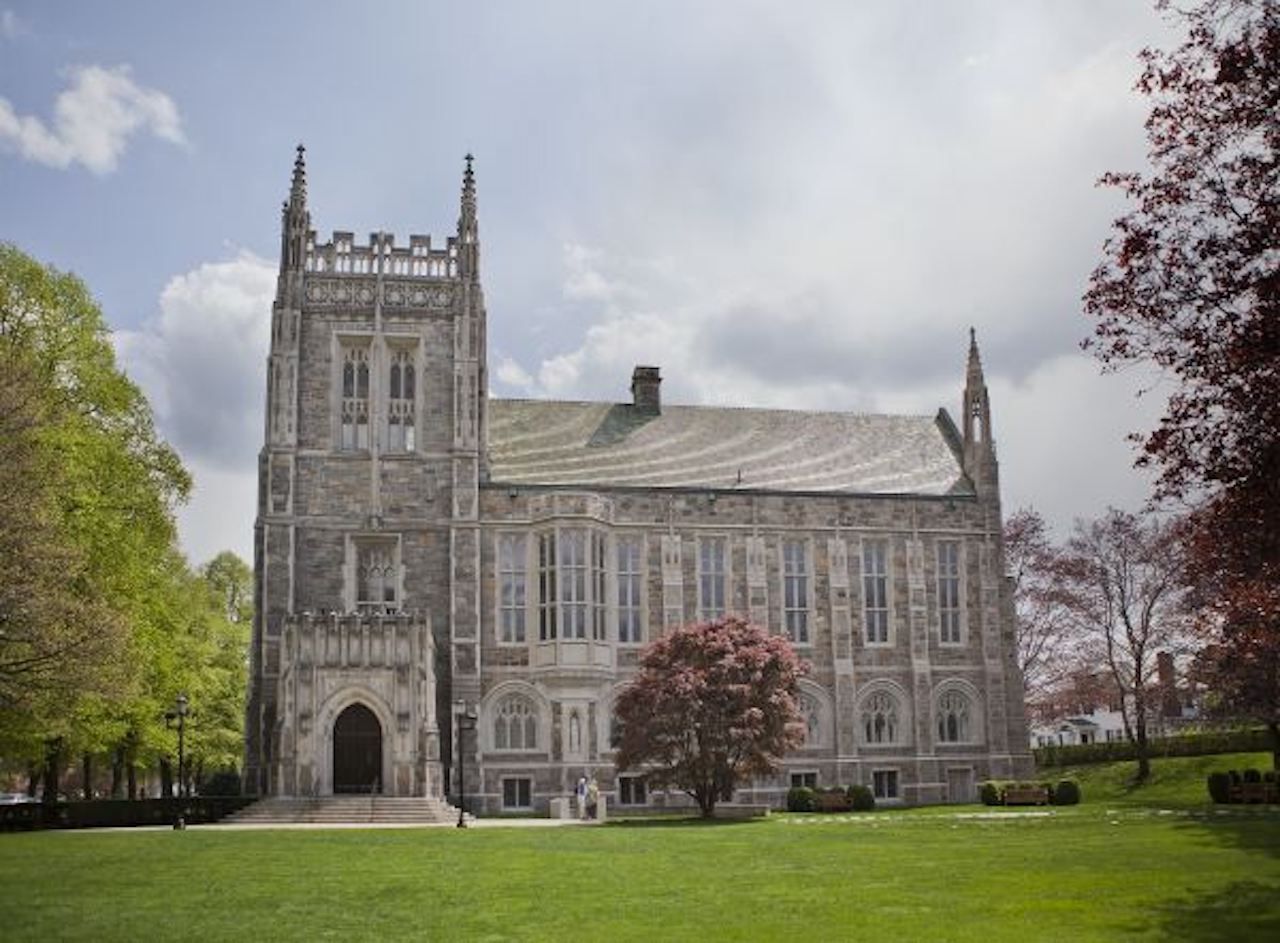 It comes as no surprise that the richest collection of Irish cultural and political artifacts in the US is located in Boston. The John J. Burns Library in Boston College is known for its Irish American collections, as well as its works that reflect the college’s Jesuit heritage. The college itself was founded by Jesuits in 1863 with the aim of educating the children of poor immigrants who fled the Irish potato famine. Some of the library’s most notable works include those by Irish authors Samuel Beckett, Seamus Heaney, George Bernard Shaw, and W.B. Yeats. The building also houses documents, newspapers, and monographs significant to Irish history and politics, as well as unpublished recordings, sheet music, photographs, and instruments related to Irish and Celtic musical history. 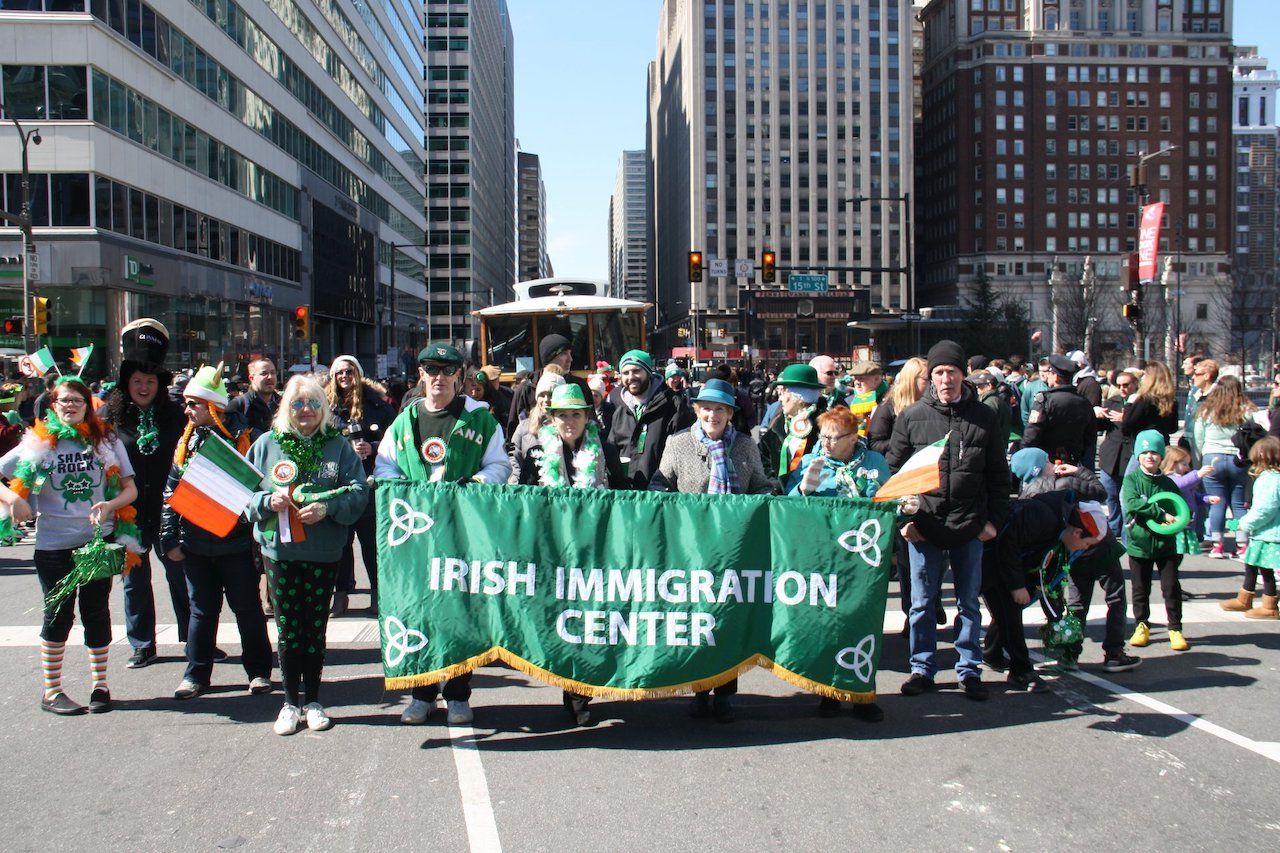 The Irish Diaspora Center of Philadelphia is a one-stop-shop for all your Irish heritage needs. The center works with the Irish government and other organizations to promote Irish identity and culture. It offers a variety of educational and helpful bureaucratic resources, like Irish passport services, a legal immigration clinic, genealogy groups, and a senior outreach program. It also runs social activities designed to bring the local Irish community together, like the Foróige Youth Club, a Gaelic Athletic Association, and a Summer Immersion Program. And, of course, they’re hosting a variety of St. Patrick’s Day activities every year. 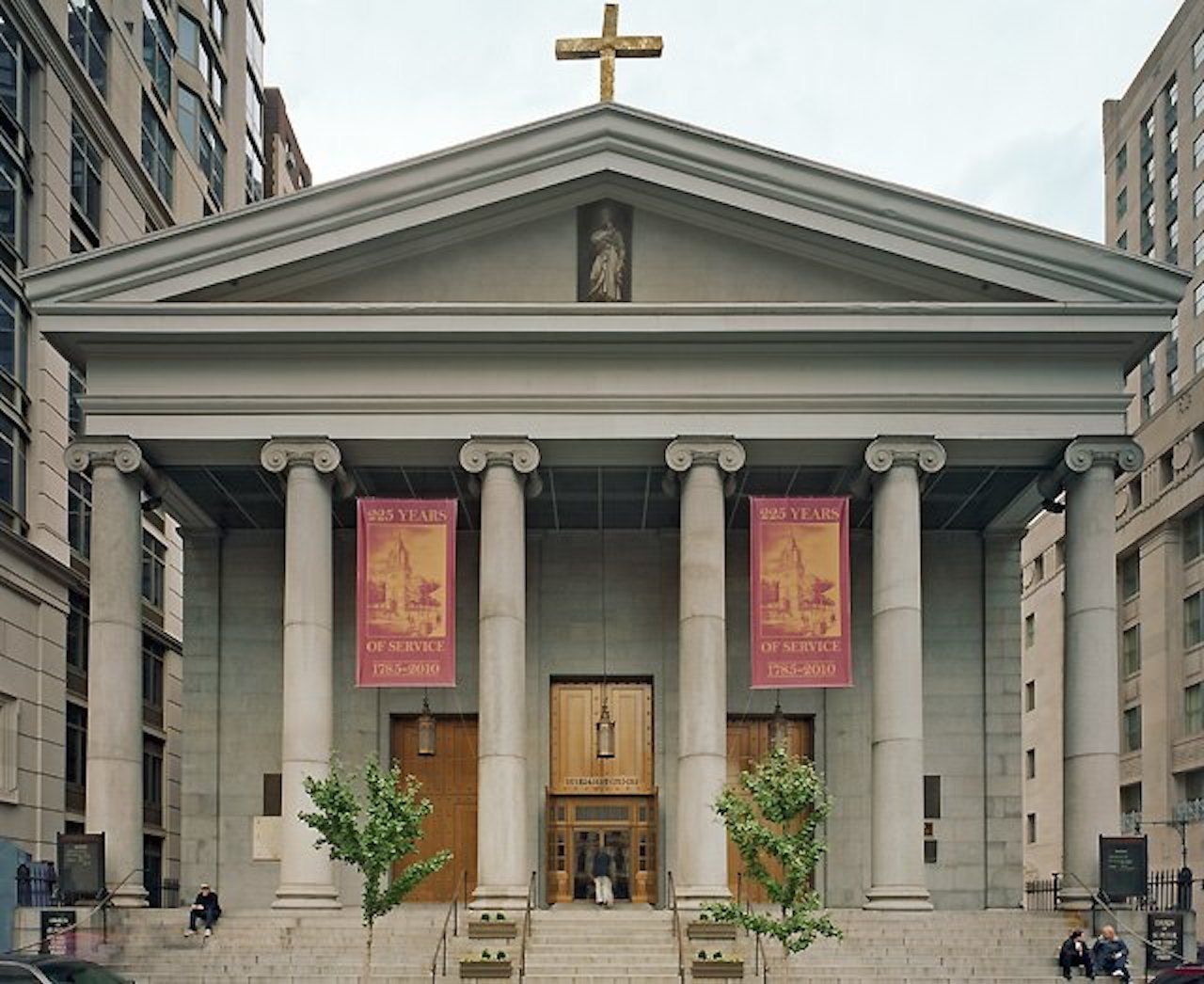 Photo: St Peter – Our Lady of the Rosary Parish NYC/Facebook

Even if you’re not the churchgoing kind, St. Peter’s Church in Manhattan’s Financial District is worth a visit. It’s the oldest Roman Catholic Church in the state of New York, dating back to 1785, and the current building has stood since 1840. In addition to being architecturally impressive, defined by its six massive stone columns, the church is also a symbol of endurance against religious persecution. Today, it represents a spiritual beacon for the Irish community in New York and serves as a gathering place for that community. 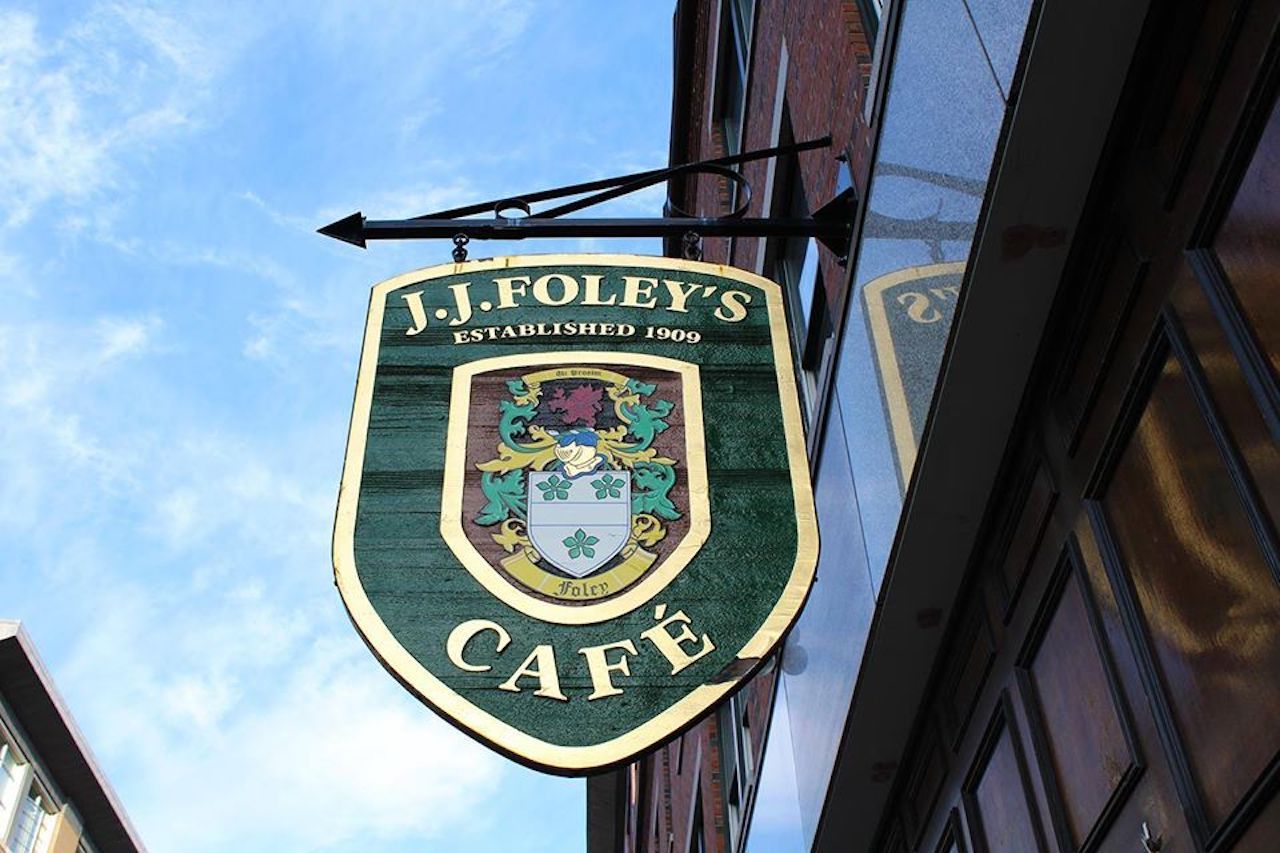 New York City might have the oldest Irish pub in the country, but no US city exudes Irish culture like Boston. Anyone who’s been to South Boston (or “Southie”) knows that Boston’s blood runs green, and it’s evident from the many Irish pubs. J.J. Foley’s Cafe, in Boston’s South End, is the oldest Irish-run pub in the city, continuously operating since 1909. The place is always lively, offers a big menu of classic Irish food, and is a local favorite for watching the Patriots dominate the AFC.

Spirits + Cocktails9 Irish Whiskeys To Drink That Aren’t Jameson
Tagged
Culture Insider Guides
What did you think of this story?
Meh
Good
Awesome