Durian is infamous for being the stinkiest fruit in the world, but apparently, it can also make you fail a breathalyser test. According to Chinese video website Pear Video, a man in Rudong county, China, was pulled over by police for suspected drunk driving and failed a breathalyzer test — but not for the reasons the cops suspected. “I’ve just been eating durian fruit,” he told them. A subsequent blood test showed that there was no alcohol in the man’s system, clearing the man of any wrongdoing but positioning the fruit for a whole lot of blame. 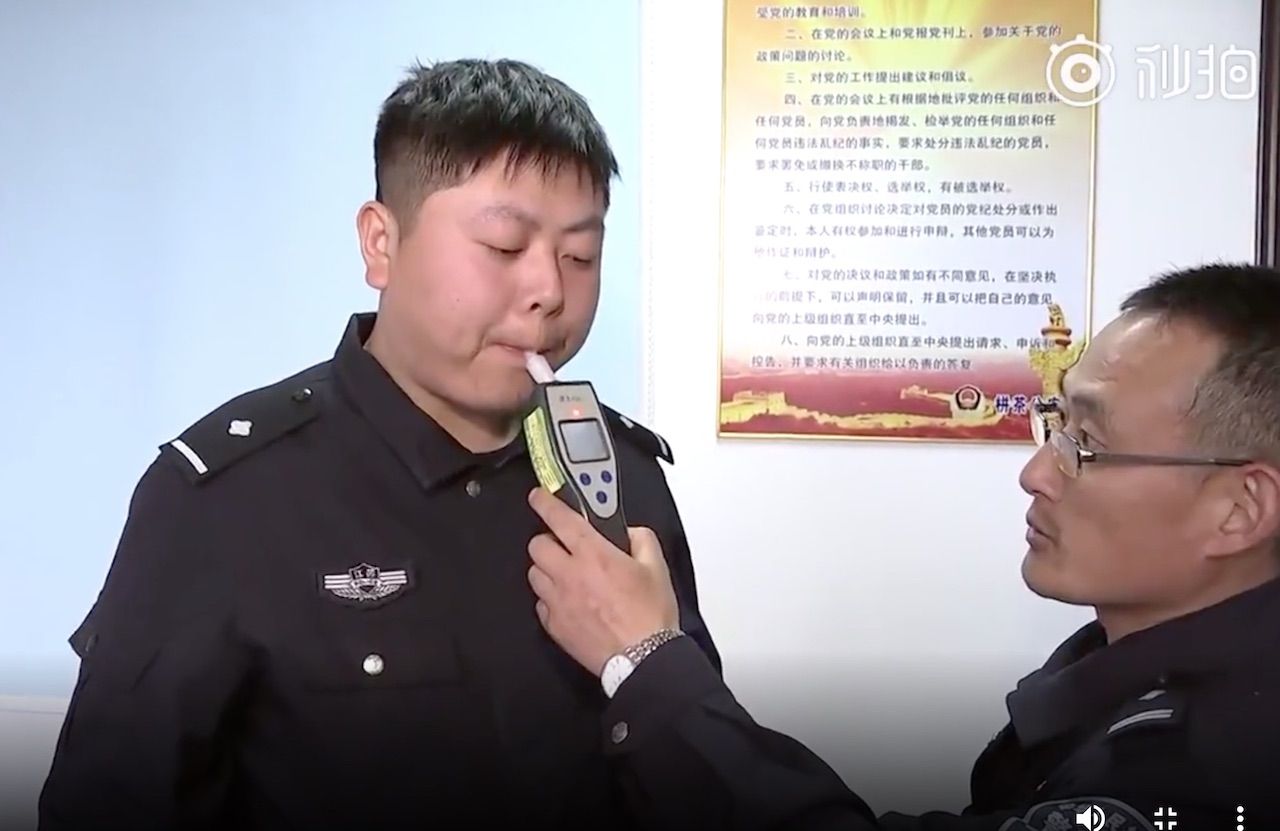 To better understand the phenomenon, police carried out tests on themselves to determine how ingesting the fruit affected breathalyzer results. The officer involved in the test saw his blood alcohol level rise to 36mg per 100ml when the legal limit is only 20mg per 100ml in China. The officer was retested three minutes later with a negative result, showing that perhaps the fruit causes blood alcohol levels to spike before subsiding.

While some commenters urged the police to apologize to the man interrogated for drunk driving, others were more concerned about how the driver could possibly tolerate eating durian in a confined space given its infamous odor.

Food + DrinkThe 9 Most Fascinating Fruits in the World and Where To Try Them
Tagged
News
What did you think of this story?
Meh
Good
Awesome