It can be difficult to conceptualize just how populated the United States really is. Many US states are more populous than some countries, and that doesn’t just apply to the high-population states we might commonly think of, like California, Texas, and Florida. Even the sparsely-populated states in the nation are home to as many people as some entire countries. 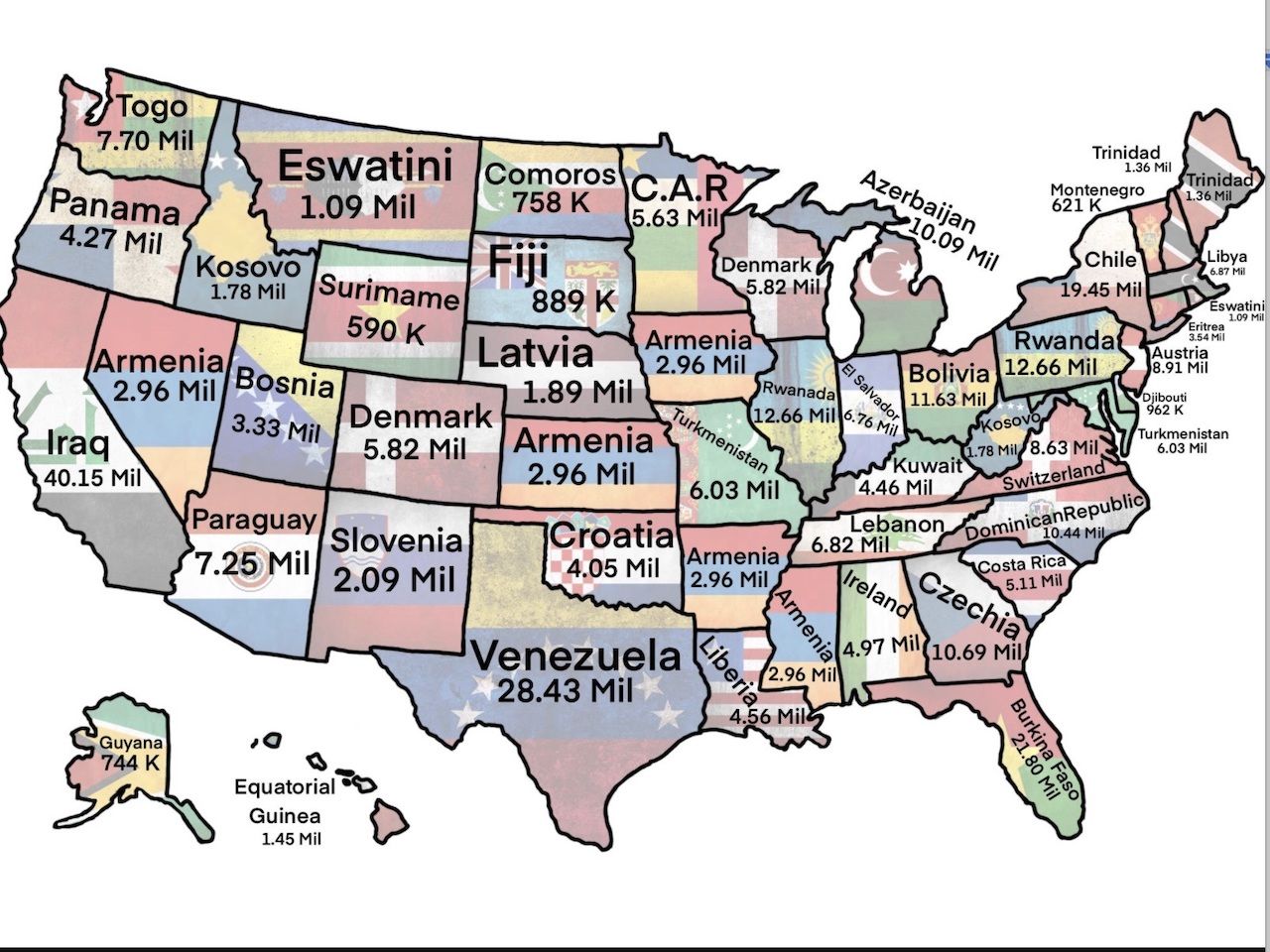 Reddit user Landmarker1YT created a map that makes it easy to visualize which states are comparable, population-wise, to some countries. California is similar in population to Iraq, Texas is comparable to Venezuela, and all of Chile could be contained within New York. What might be more surprising, however, is that Nebraska has roughly the same population as Latvia, and Pennsylvania alone is the same size as Rwanda.

Coming to terms with the sheer size of our population can help us understand one of the reasons why it is so hard for us all to remain undivided. Maps like these make it obvious that we’re more like 50 countries all sharing a continent, rather than 50 states all unified under one culture, background, and set of values.

Culture6 Places Where You Can Be in Two Countries at Once
Tagged
Maps + Infographics News
What did you think of this story?
Meh
Good
Awesome