All states have one thing in common — their residents love to complain about out-of-towners. Oftentimes the number of actual transplants in your state can feel much larger than it actually is, but as this map shows, it’s not just our imaginations. If there was any doubt that Californians and New Yorkers are slowly taking over the country, those doubts can now be put to rest. Using 2017 data from the University of Washington, Reddit user demivus created this map of where most out-of-state residents come from in each state. 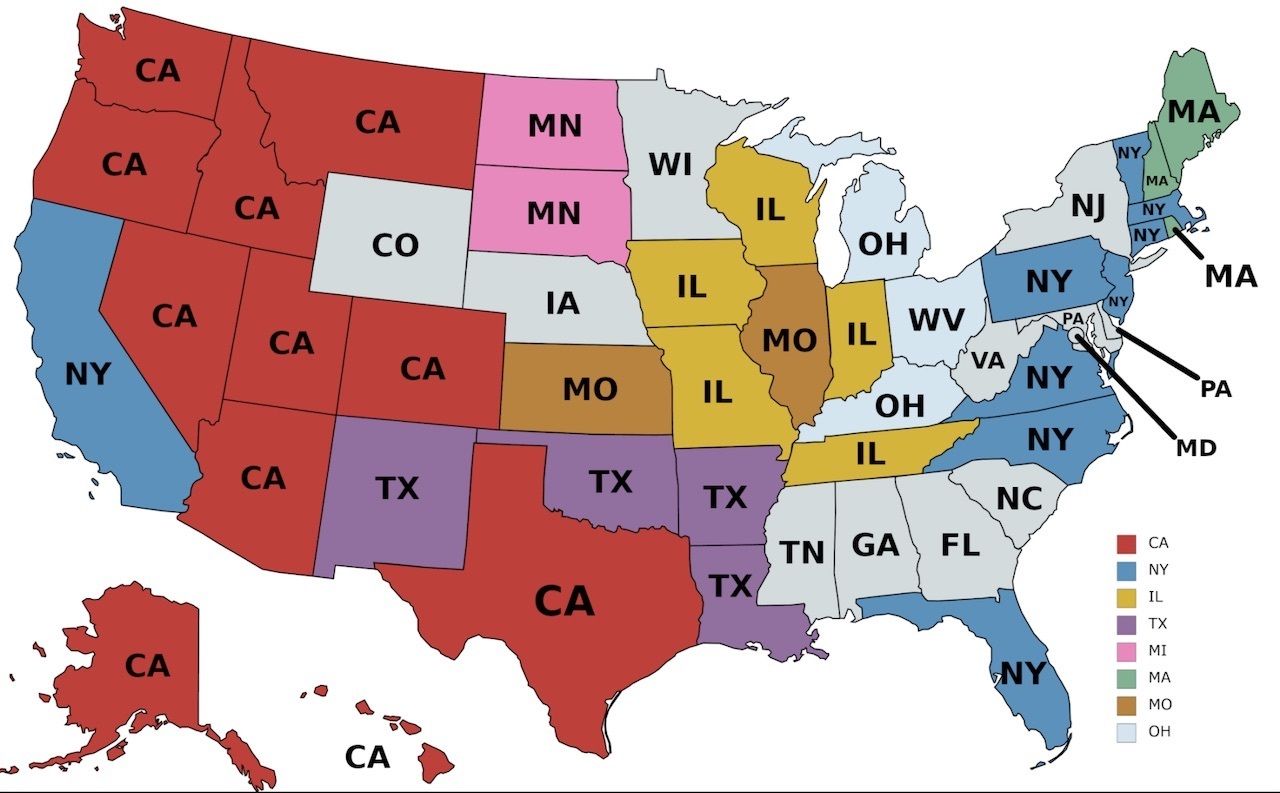 From just a cursory glance at the map, it is obvious that Californians are leading the charge when it comes to widespread representation across the nation. In the Pacific Northwest, Texas, Hawaii, Alaska, and many others, California is responsible for the greatest number of transplants.

On the other side of the country, it’s all about New York. Vermont, Massachusetts, Connecticut, North and South Carolina, and Florida are all home to people originally born in New York. Interestingly, New Yorkers are also making their presence known on the West Coast, taking over California.

Otherwise the moves tend to be largely regional, taking place between adjacent states. Texas, for example, seems to have spread throughout the South, with people born in Texas being the main out-of-state residents in neighboring Oklahoma, New Mexico, Louisiana, and Arkansas.

NewsThis Map of the US Compares State Populations To That of World Countries
Tagged
Maps + Infographics News
What did you think of this story?
Meh
Good
Awesome