The US is a country full of languages. From Cherokee to Urdu, Tagalog, German, and Hebrew, there are thousands of languages big and small taught and spoken across the country. And, true to its reputation, New York City remains the most linguistically diverse city in the world. But how many native non-English speakers are there? And where do they live?

LingualinkDC.net created the maps below that rank American cities by linguistic diversity and non-English languages by popularity in each region. While the #1 non-English language spoken in the US might not surprise you, the runners-up probably will. 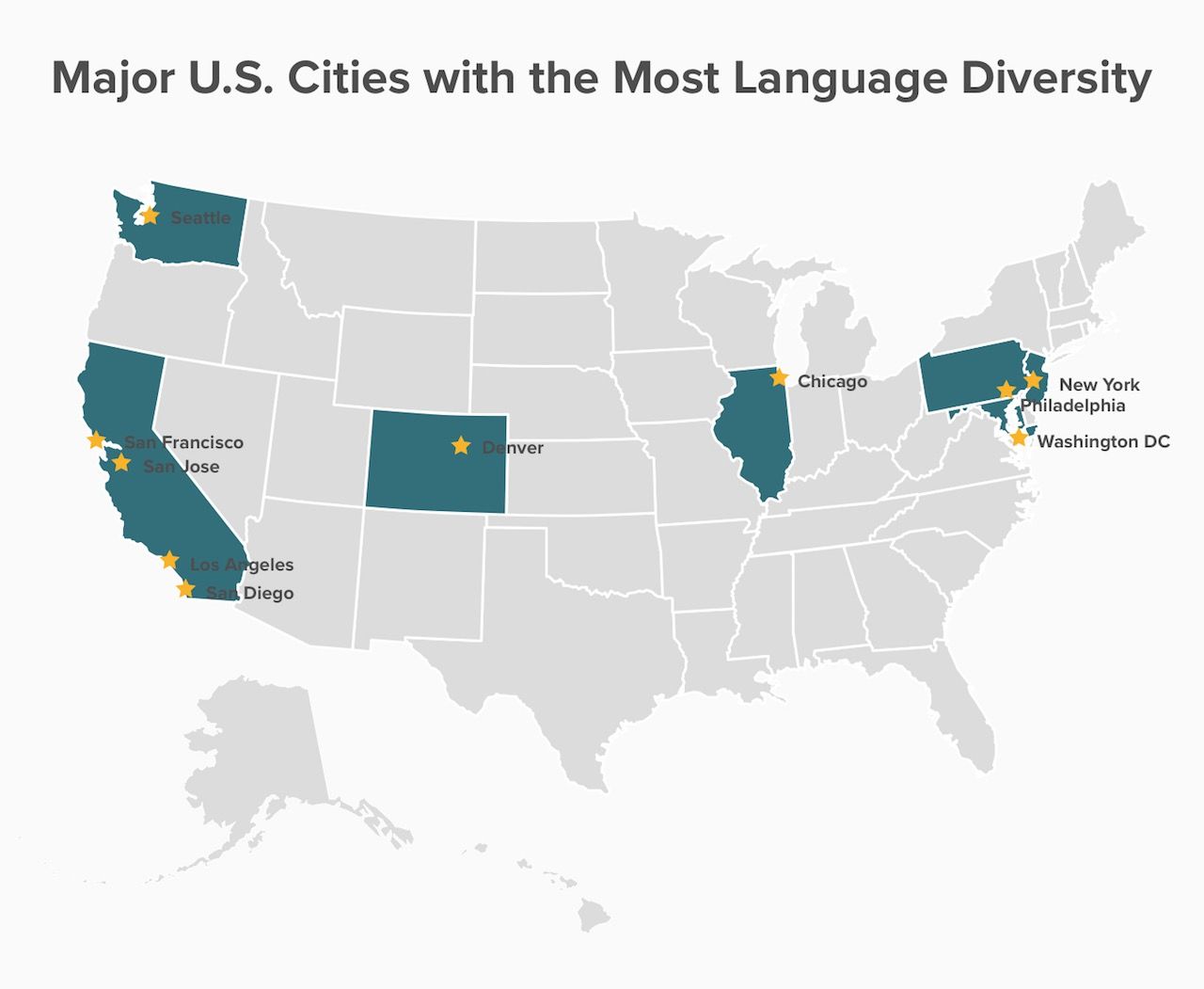 LanguagesThe Most Common Second Languages Spoken Around the World
Tagged
Maps + Infographics United States
What did you think of this story?
Meh
Good
Awesome