Have you ever wanted to get away from everyone? It’s not as easy as it used to be. Thanks to revolutions in ground transportation over the last 200 years, it is increasingly difficult to find the same vast swaths of impassable terrain that separated civilizations for millennia. In 2009, a New Scientist report revealed that less than 10% of land is more than 48 hours of road, rail, or water travel from the nearest city of 50,000 residents.

Unsurprisingly, wealthier and more densely populated regions like Europe, India, and the eastern United States, are home to the least remote land on Earth. On the other end of the spectrum is Tibet. The Tibetan Plateau, to be exact, which is 17,000 feet above sea level and requires one day by car and 20 days on foot to reach. Considering that some of the most highly developed land on Earth (India and China) surrounds Tibet, the New Scientist‘s map of the travel times between places reveals a contrast so stark it takes the appearance of a terrestrial black hole. 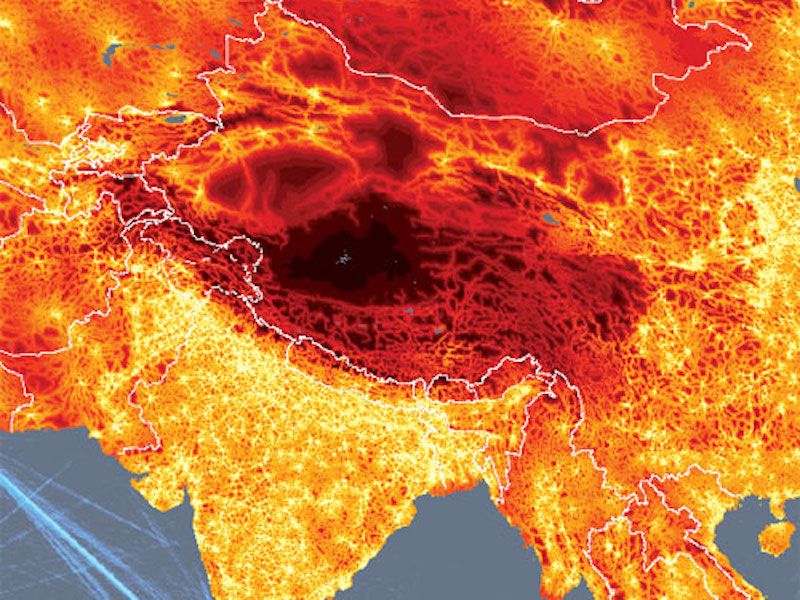 For a larger version of this map, click here.

Trip Planning9 of the Earth’s Most Remote Places and Communities To Check Out in 2018
Tagged
Maps + Infographics
What did you think of this story?
Meh
Good
Awesome