Humans have five fundamental taste receptors: sweet, salty, sour, umami, and bitter. A perfectly balanced meal includes all of them, which is easy enough for the first four of those tastes. Understanding and appreciating bitter, however, is something we have to force ourselves to do.

“The minute that bitterness touches your tongue, there’s a nanosecond for your brain to say, ‘I think I like this’ before your body says, ‘no, fuck that, get it out of here,’” Sother Teague tells me as we sit facing a wall of some of the most bitter spirits available in New York City.

Teague is the go-to expert on amaro and all things bitter liquor. As beverage director at Amor y Amargo, which has the notable tagline “a bitters tasting room,” he focused on all things amari years before every bar in the US had a negroni on the menu. Cocktail bars are more attuned to bitter spirits today, but the original Amor y Amargo location in East Village and recently opened location in Williamsburg are still standouts for their selections of rare and regional.

When Teague talks bitter spirits, he insists the conversation starts with the early history of humanity.

“We wouldn’t have been able to map the world if it weren’t for these things,” Teague says. “We discovered that we could chew on some bark and leaves, and they would make us feel better in some ways. They were medicine. We were living in a hut or cave, and we’re medicating ourselves in some way, and that gives us the opportunity to travel a little.”

From there, Teague says, people made bitter teas by mixing the leaves and bark with water. It was a little more stable and could travel farther than the organic material on its own. Then we started infusing fermented alcohol with the leaves and bark and found it lasts even longer. Finally, there were distilled spirits, which keep shelf-stable nearly indefinitely, so people could still get the calories and nutrients from the plants in the winter.

Throughout these various formats, the primary medicinal value of bitter ingredients was to aid digestion. Without getting too graphic, bitters get the gastric juices flowing. It’s where we get the term digestif, which is still used to describe bitter spirits today (though not all digestifs are bitter spirits).

“That was happening all over the world at the same time, collective subconscious,” Teague says. “We were all just getting smarter; we were surviving, living. Then many of those things fell away, and the ones that remained, I don’t necessarily say these are medicine, they’re not, but they have some medicinal properties. What we can say [is that] they are delicious.”

But delicious to one isn’t delicious to all. Bitter is an acquired taste, Daniel Warrilow, the Italian portfolio ambassador for Campari Group, tells me while explaining the ingredients in Averna, a citrusy and lightly bitter amaro from Sicily.

And while bitter spirits were being made around the world, there’s one country that looms large in the world of bitters: Italy.

How Italy become the epicenter of bitter 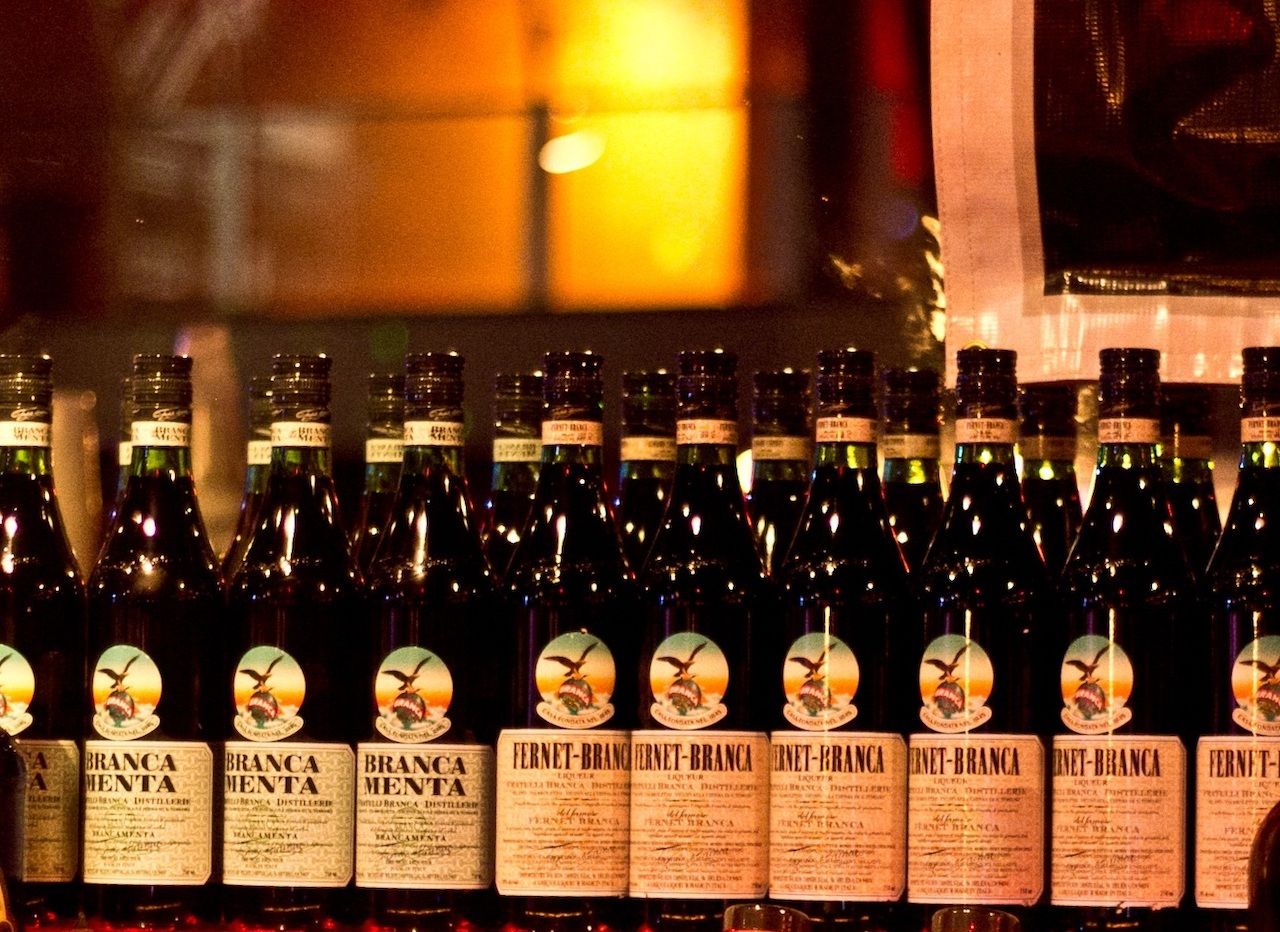 The bottle lineup at Amor y Amargo scans like a trip around the globe. There, bottles not well known in the United States from the Netherlands and Latvia sit right alongside popular liqueurs like Germany’s Jägermeister. No country is represented as well as Italy, however.

“The birthplace of modern coffee is Venice,” Warrilow says. “People were saying it was the devil’s bitter beverage, and [Italians were] like, ‘Let’s taste it first.’”

In Italy, bitter flavors have long been part of the culture. Just look at the Italian proverbs related to bitterness: Cose amare, tienile care, which loosely translates to, “bitter things, hold them dear,” and il dolce si conosce per l’amaro, or “we know sweetness because of bitter things.”

Italy’s position during the age of exploration bolstered its appreciation for bitter flavors. Visiting merchants brought plants and herbs from around the world to Italy’s doorstep, and producers in each region of the country developed their own signature (and often secret) blends. Take Fernet-Branca, for example, which was created in Milan in 1845 with 27 herbs and spices from four continents: aloe from South Africa, rhubarb from China, gentian from France, chamomile from Italy and Argentina, and galingale from India or Sri Lanka.

“What made Italy so special during that time was that it was the crossroads of the spice trade, so Fernet-Branca could have not been made anywhere else,” says Edoardo Branca, a descendant of Fernet-Branca creator Bernardino Branca and managing director of Branca USA. “It was the pioneer of its time and took advantage of what Italy had to offer.”

Today, Italian spirits are exported around the world and inspire wary drinkers to give bitter a chance. There are negronis made with Campari and spritzes made with the lightly bitter Aperol. There’s Branca y cola in Argentina, which is the ever-popular mix of Fernet-Branca and Coca-cola and an unofficial national drink.

Looking in the Italian section of a liquor store is a surefire way to find a bitter spirit, though it’s not the only one.

The most bitter of bitter spirits 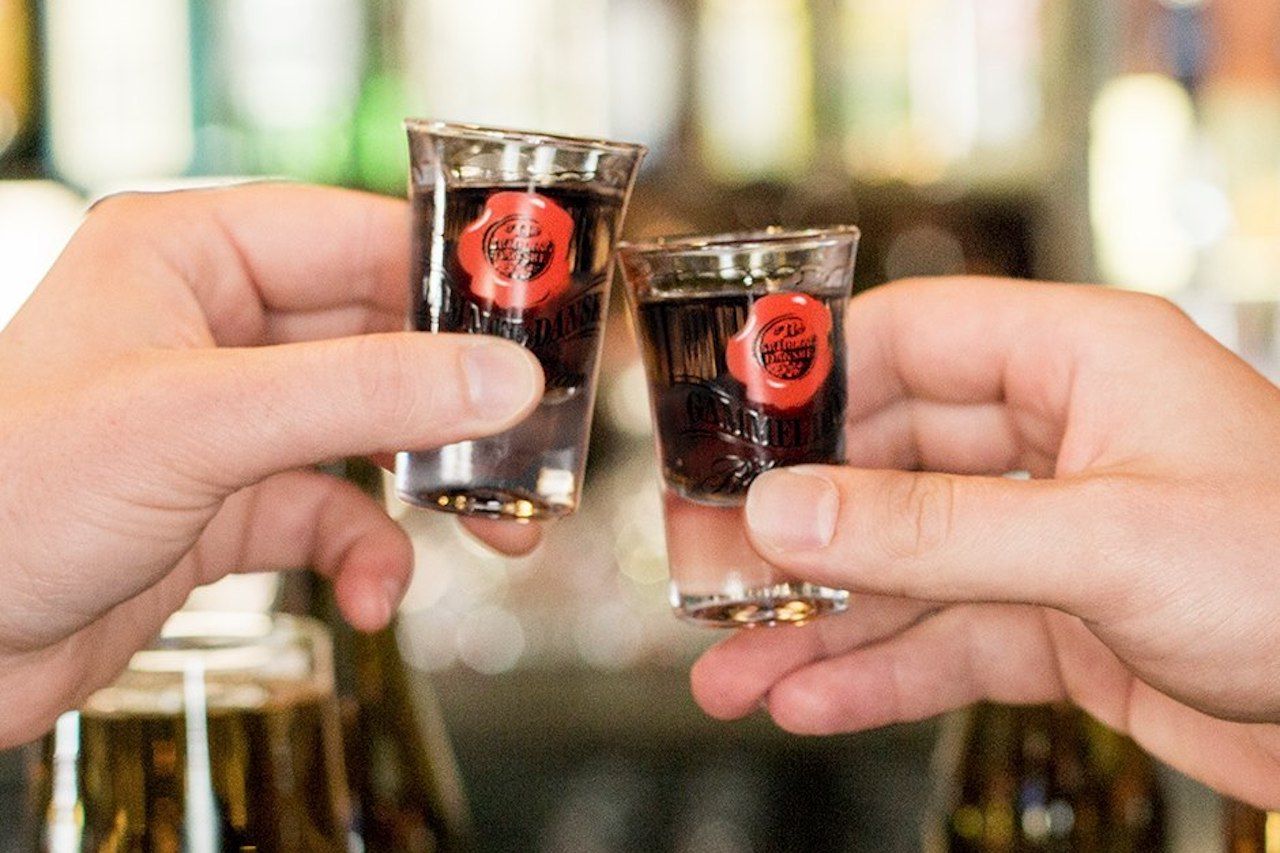 Italy is the most prolific, but it’s not necessarily the producer of the most bitter-tasting spirit. The variations around the world (not to mention the variations among regional Italian bitters) are wide. Legally, anything that is a bittersweet liqueur (meaning it has a bittering agent, sweetening agent, and alcohol) can be included in the bitters category. As Teague puts it, “The only thing that any one amaro has in common with any other amaro is that they’re both liquid.”

“There are definitely a few that turn the dial up to 11, but they have their place in the pantheon, and I don’t think any of them are bad,” Teague says. “They may not be to your liking or my liking, but they’ve survived because they have an appeal.”

So while it would be near impossible to rank the most bitter of the bitter, these are six suggestions by Teague if you want to grasp the range of bitter spirits, ranked in order of perceived bitterness:

1. Braulio Amaro Alpino: This dark brown Italian spirit has a viscous sweetness in addition to bitterness. The toffee-like taste balances out the piney bitter.

2. Amaro Alta Verde: Unlike many amari, Alta Verde is a light green color. It gets its bitterness primarily from a type of wormwood called assenzio. Pine and citrus notes round the Italian liqueur out with a less obvious sweetness than in the Braulio.

3. Gammel Dansk Bitter Dram: A Danish bitter with a name that translates to “Old Danish.” The mix of 29 herbs is a favorite in Denmark, where it was created in 1964. It’s dry and citrusy, without any lingering sweetness.

4. Amaro dell’Erborista: An Italian amaro made with gentian and honey from the company’s on-site apiary. It’s unfiltered and a little cloudy, and the botanicals are toasted over an open flame. While bitter, it’s well-rounded thanks to the honey and has all the components of a woodsy Hot Toddy.

5. Riga Black Balsam: A Latvian bitter that’s a dark prune color with a plum aroma. At 45 percent alcohol by volume, it’s stronger than most bitter liqueurs. The 24-ingredient recipe dates back to 1752 and includes valerian, wormwood, ginger, pepper, and gentian.

6. Cappelletti Elisir Novasalus Vino Amaro: By far the most bitter drink I’ve ever tried. Many of the most bitter spirits use a liquor base, but this Italian brand stands out among wine-based Italian amaro. There’s loads of pine flavor, boosted by the addition of Sicilian pine sap. It’s lip-curlingly bitter, and it stays with you long after you finish your sip.