How long is your commute to work? If it’s far too long, it may be time to consider relocating to a place with less backlog, and maybe a solid subway or light rail system. The length of your commute depends largely on where you live. In a surprise to absolutely no one, New York City leads the country in longest average commute to work, according to a new study from the United States Census Bureau and the Trulia Database Commute API. Results from the study were compiled into the handy infographic below, and featured a few surprises.

Buffalo, New York offers residents the shortest average commute of any major metro area at 20.3 minutes, followed closely by Columbus, Ohio at 21.8 minutes. San Diego offers a respite with a mere 23-minute commute in notoriously traffic-heavy California. A state-wide toast goes to South Carolina, where the average commute is 24.8 minutes and a hop on public transit adds a mere 9.4 minutes to that total. 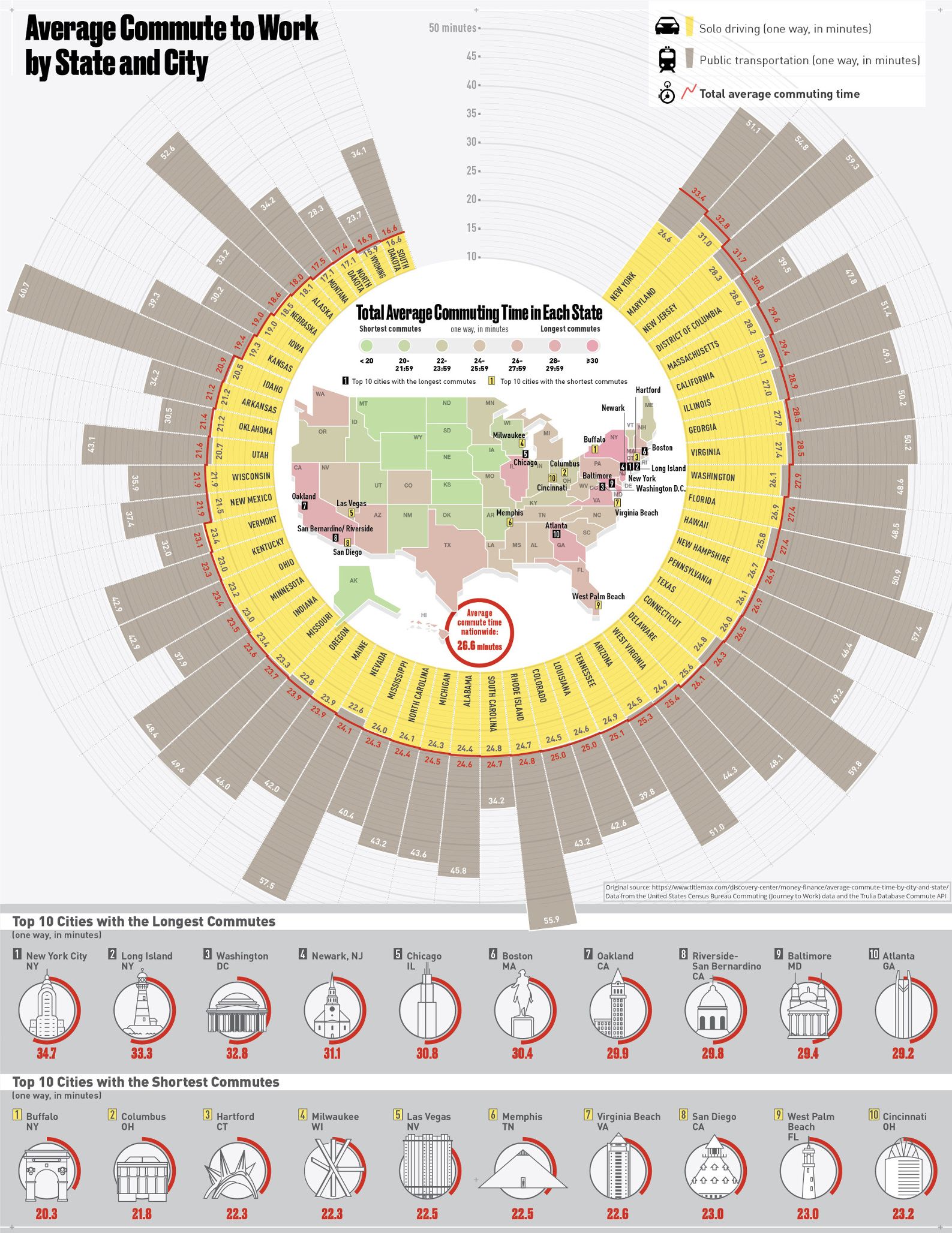 The average national one-way commute is 26.6 minutes, meaning that the average US worker spends just under an hour in the car each day getting to and from work. Using public transit adds time to the commute for everyone, but this infographic speaks startlingly about states lacking the infrastructure for efficient public transit. In Idaho, for example, taking public transit adds over 40 minutes each way to your commute, with Connecticut not far behind at 35 minutes each way. It appears easy to write this off to the low population density in those states, but then there’s Wyoming, the country’s least populated state, to shoot down that thought. With an average public transit commute of 23.7 minutes, it takes only 7.8 minutes longer each way to commute by transit in the state. South Carolina’s public transit adds only 9.4 minutes.