Brooklyn’s hippest innkeeper didn’t know much about Nashville until he couldn’t stop hearing about it.

“In our first six months of opening, we hosted people from all over the world,” says Lyon Porter, co-founder of the Brooklyn B&B Urban Cowboy. “Nine out of 10 people said we had to open in Nashville.”

Though Porter didn’t know much about the city, he was further intrigued when a travel writer friend told him Nashville was severely lacking in cool boutique hotels. So he took a trip to Music City, knocked on the door of an East Nashville bed and breakfast set in an old Victorian mansion, and made an offer to buy. By March of 2016, Urban Cowboy — with its claw-foot tubs and gold-painted walls — had made a second home in the capital of country music. 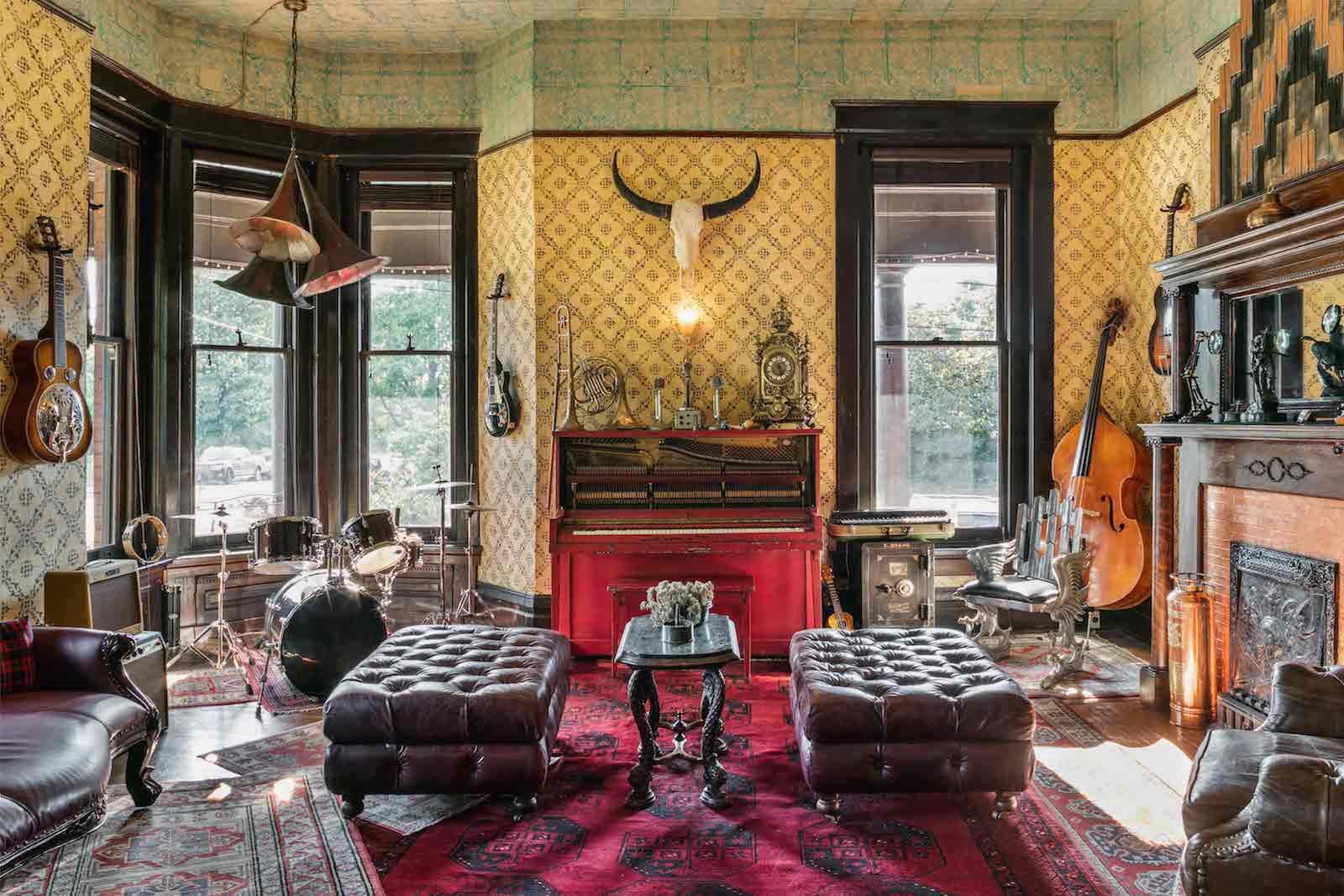 The eight-suite boutique was at the forefront of a tidal wave of hotels opening in Nashville. But rather than a massive conglomeration of big box chains, the city has welcomed a variety of quirky, unique properties, the likes of which are rarely seen in a city this size not called Portland. But if the past few years are any indication, Nashville may soon be the best city in America for cool new hotels, making its lodging almost as iconic as its neon.

A city flooded with newcomers births a wave of creativity 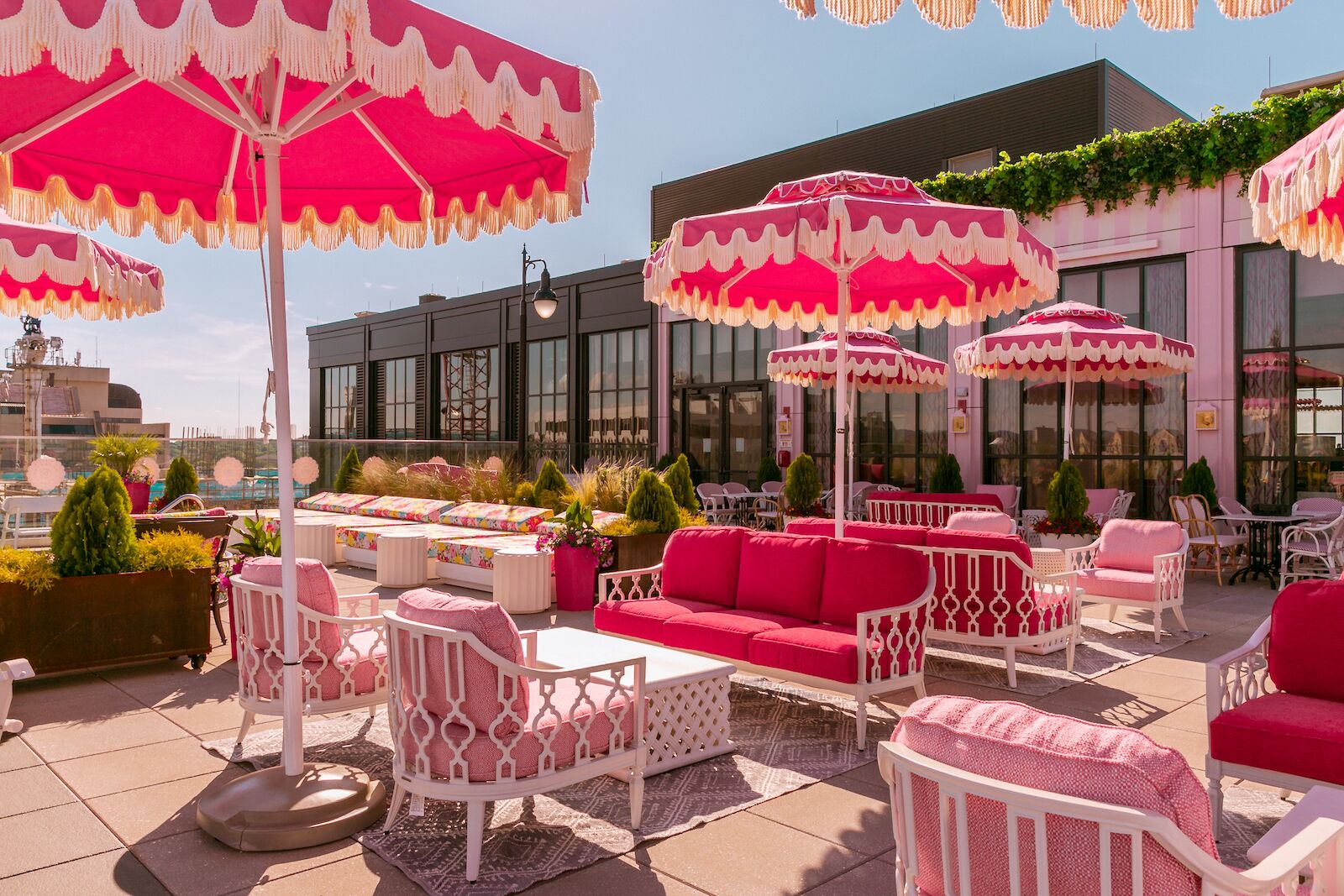 Not so long ago, Nashville was simply the capital of country music, where you might go to catch a live band and messy your mouth with some hot chicken. But aside from a cavernous convention center hotel and the storied (i.e. expensive) Hermitage, the hotel options weren’t much better than what you’d find next to an airport.

But then, the world decided it was moving to Nashville.

Between 2010 and 2020, Nashville grew by over 300,000 people, or about 82 people per day. It wasn’t corporate types chasing tech jobs, either. The influx of new residents were largely creatives, bringing with them a spirit of doing something different.

“I can’t tell you how many people are moving here from New York or LA or Atlanta,” Porter says. “Nashville is a city built on an art form, it’s a city where your doctor or your lawyer or the guy working the toll booth is in nine different bands. And hotels are responding to that.”

For its part, Urban Cowboy has an entire front parlor devoted to jam sessions, where instruments line the walls and you’ll find impromptu performances most weekend nights. But even the sparkling new W Nashville has a ceiling made of acoustic tiles, and a secret speakeasy hidden behind a wall of speakers.

A true dive, in every sense of the word 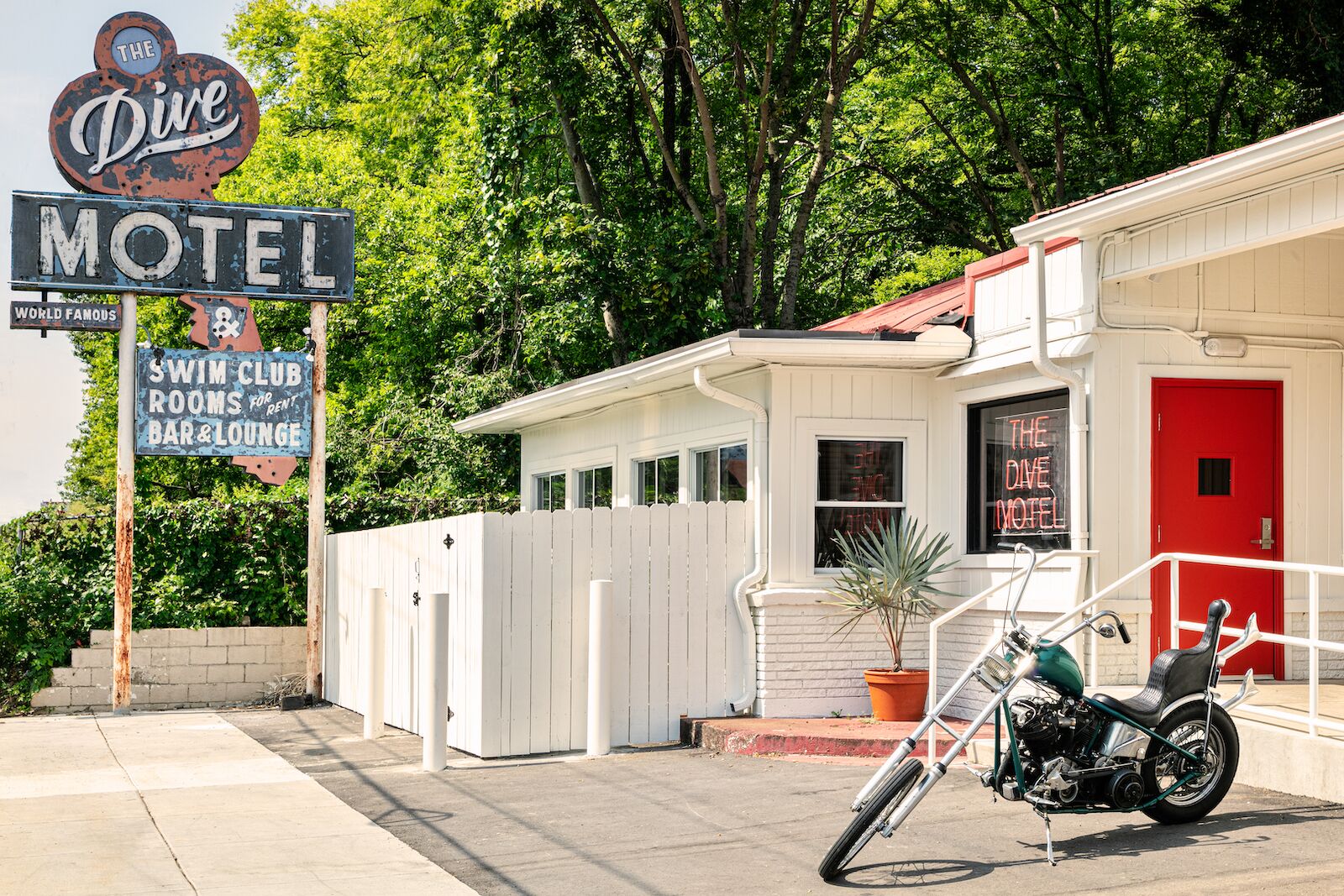 On an otherwise-desolate stretch of US-41 across from Brother Z’s Wangs, a half-broken neon sign flickers in front of the Dive Motel. The sign will never be fixed, because its purposefully-unkempt appearance is part of the place’s charm.

The lobby welcomes you with a wood-paneled dive bar, the kind of place that would still have cigarette smoke in the walls if it had opened before 2019. Old neon beer signs and cigarette ads adorn the walls that line where guests sit at vinyl booths and enjoy cold Montuckys or fresh-made old fashioneds. 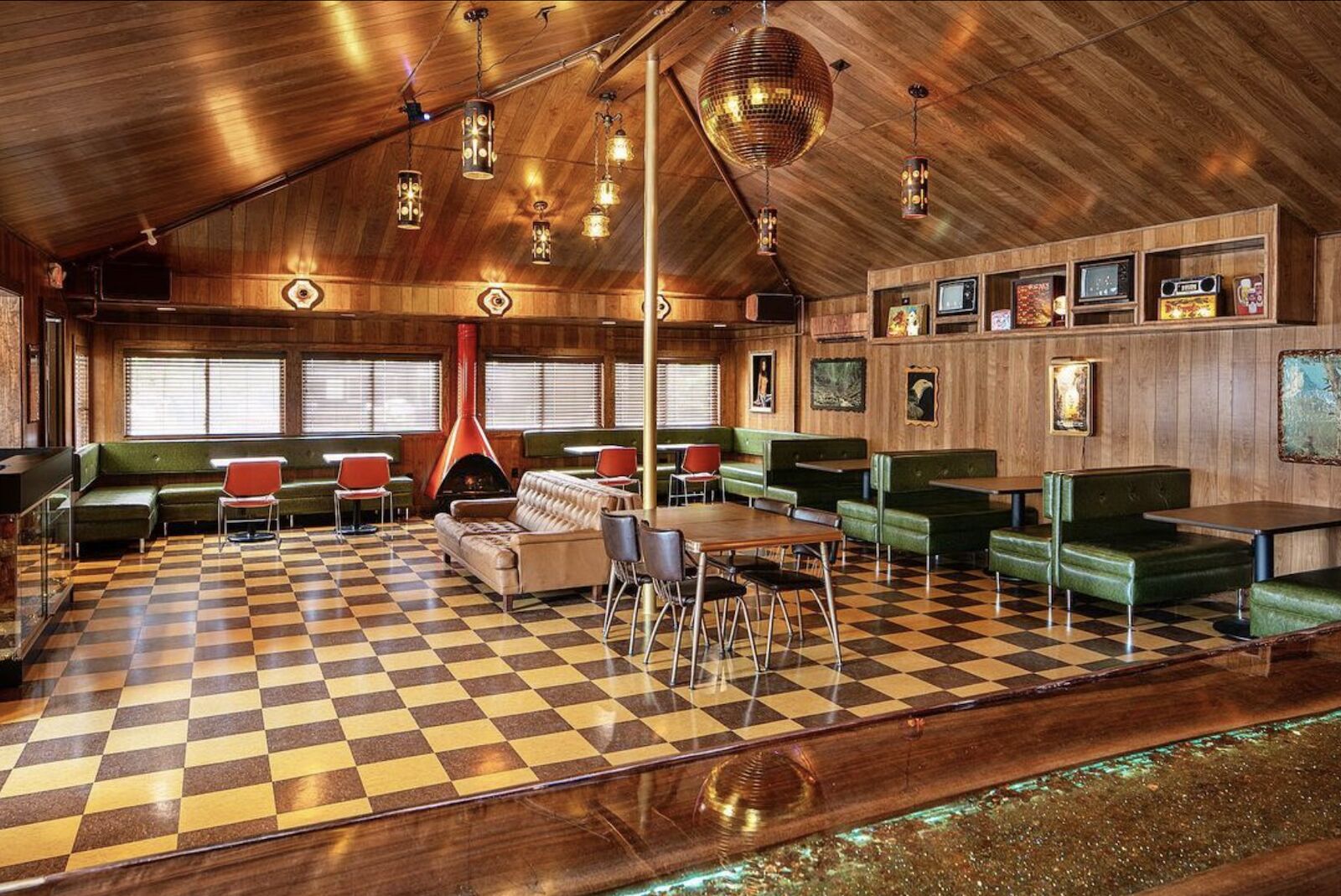 Every room is adorned with a disco ball, activated by a “party switch” next to the front door. The switch also initiates one of three specially-curated playlists, where you can toggle between “Sex,” “Drugs,” and “Rock and Roll” depending on your mood.

“People in this town have an artist’s sensibility, and they celebrate things that are unique and individual,” says Porter, who also owns Dive. “There’s an energy here that’s based on a creative art form, and that carries over to the approach to hotels.” 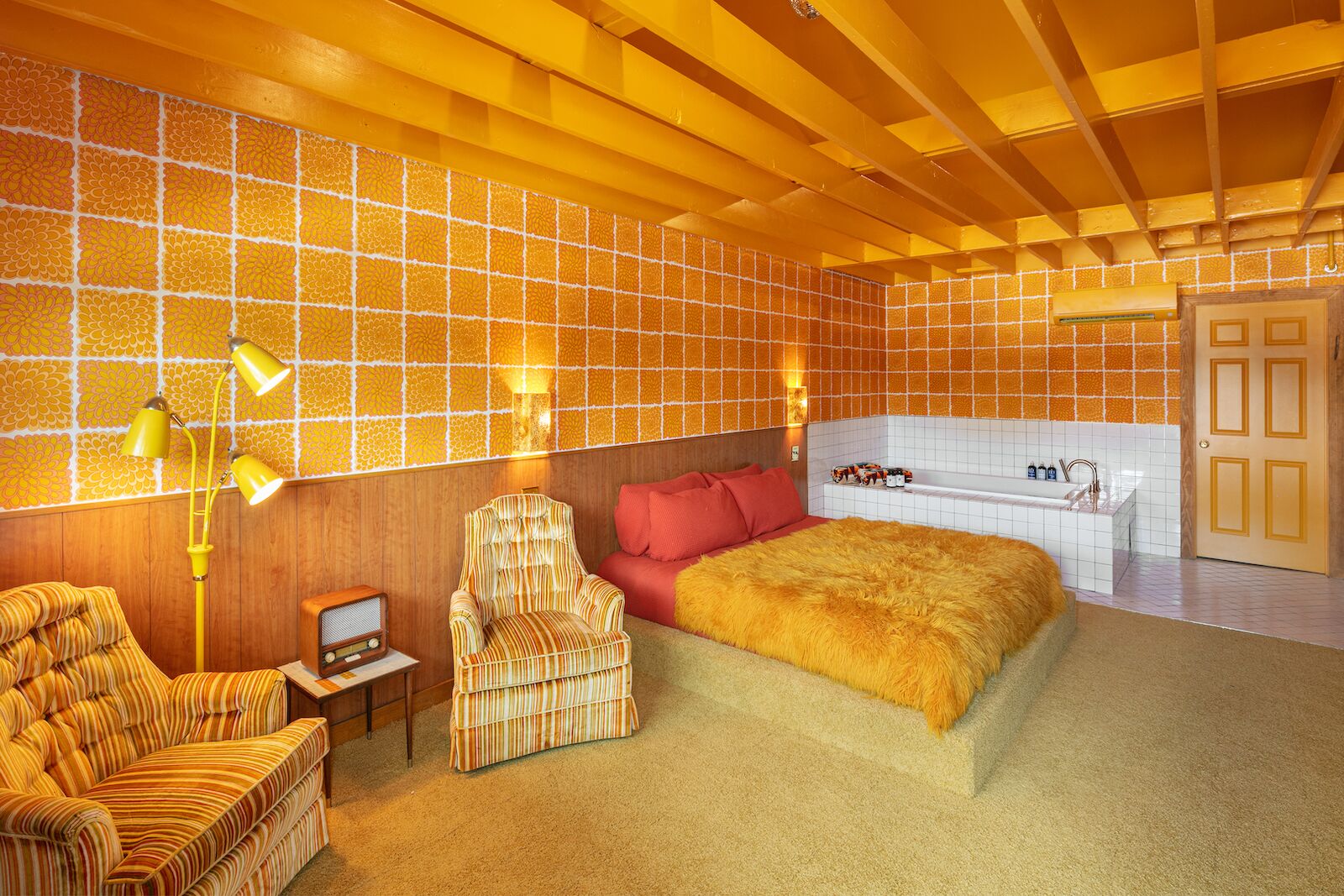 National hotels are taking notice of Nashville’s creative spirit, too. The Graduate, a chain that themes its properties to local institutions of higher learning, opened near Vanderbilt University in 2020. The pastel wonderland has the world’s only animatronic puppet karaoke bar at Cross-Eyed Critters Watering Hole, where you can creak across the purposefully-worn wooden floors and live your childhood dream of joining the band from Chuck E. Cheese. Rooms are adorned with pink-striped wallpaper, with headboards made to look like guitars and portraits of country music greats above the beds.

Last year also saw the opening of the Gallatin, a 25-room boutique in East Nashville set in the old Eastside Church of Christ. Its bright colors and white cinderblock walls are vaguely reminiscent of an after-school daycare center, and while the rooms are small and simple, what they lack in space they make up for in color. Beyond making for an aesthetically pleasing place to stay, the Gallatin gives back in big ways. A notable chunk of its proceeds go toward providing homes and showers for local people without homes. 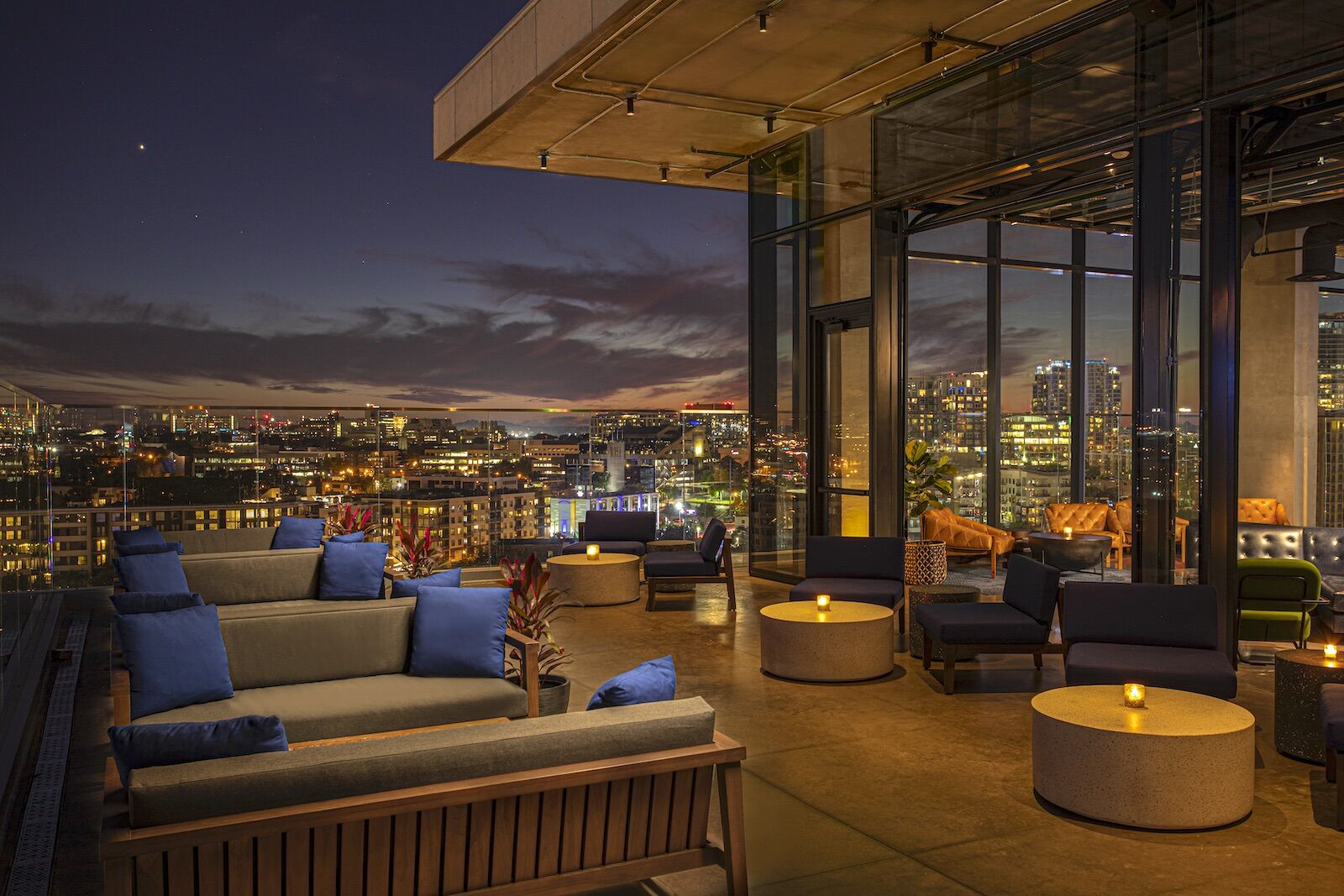 Of course, once a place becomes cool, the jet set will arrive in droves. And Nashville will soon offer all their favorite luxury and lifestyle brands too.

The arbiters of hotel cool at the W opened their most character-driven property to date in The Gulch last year. The 346-room hotel has original artwork in every room, and houses two restaurants from celebrity chef Andrew Carmelini. Its rooftop bar, Proof, has a collection of class Rock and Roll photographs, with a stunning view of the skyline, and the pool deck is poised to be Nashville’s new daytime party spot when summer rolls around.

Virgin Hotels opened in Nashville in 2020. As did Moxy and Thompson the following year. The Edition and 1 Hotels are on the way, and in 2025 the venerable Ritz Carlton is slated to open its doors in Music City.

“Before, Nashville hotels were catering to conventioneers and partiers,” says Martin Wormull, general manager of the new Conrad Nashville set to open this spring. “Now the city has started to attract high net-worth travelers who are looking for something other than a good time on Broadway. They want to experience more of the culture.” 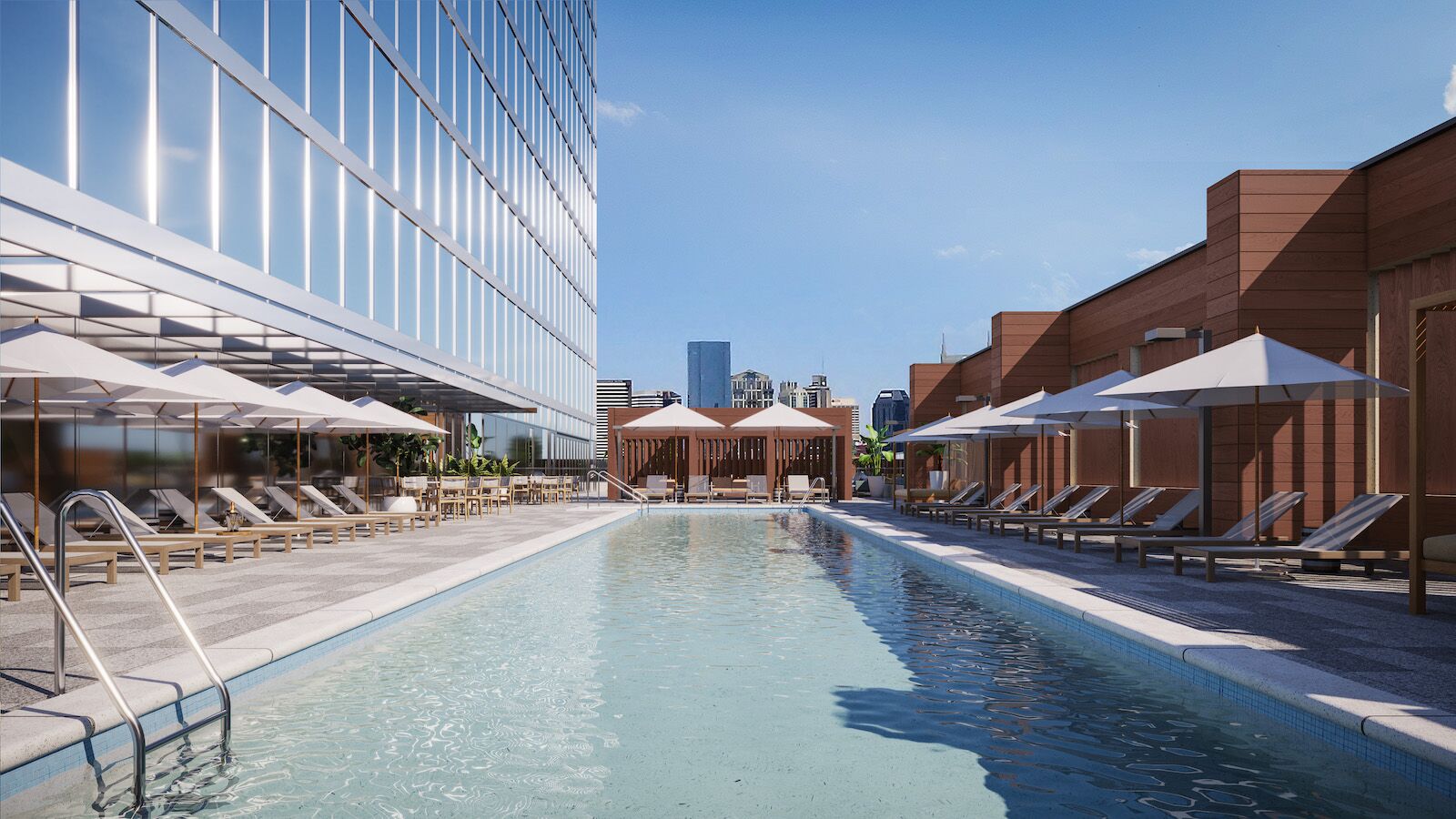 In total, Nashville saw more than 4,400 new hotel rooms open up in 2020 and 2021, according to the Convention and Visitors Bureau. Eight more hotels with 200 or more rooms are expected to pop up over the next few years. If there’s a major hotel, it’ll be in Nashville by the middle of the decade.

Back at the Urban Cowboy, Lyon Porter is optimistic about these hotels’ effect on the city, as he muses between bites of a Bee Sting pizza at his hotel’s outpost of Brooklyn pizza hit Roberta’s.

“Nashville responds well to things that aren’t big box,” he says. “I feel like with a commodity product, it could get to a point where it’s too much. But people want an experience that’s not just a place to sleep. And I think Nashville can do that exponentially.”

Epic StaysThe Best Boutique Hotels in Nashville for a Stylish Stay
Tagged
Epic Stays
What did you think of this story?
Meh
Good
Awesome