Road trip season is likely to be extended this year, if for no other reason than there isn’t much else to do. Should a national parks trip across the western United States be on your radar, we urge you to reconsider. Or at least consider adding another stop to the itinerary. These national monuments are equally beautiful, and often less crowded, and you won’t have to sacrifice the world-class recreational activities for which our protected lands are known. Get out there and experience these stunning national monuments, which are surprisingly close to some of the country’s most popular national parks. 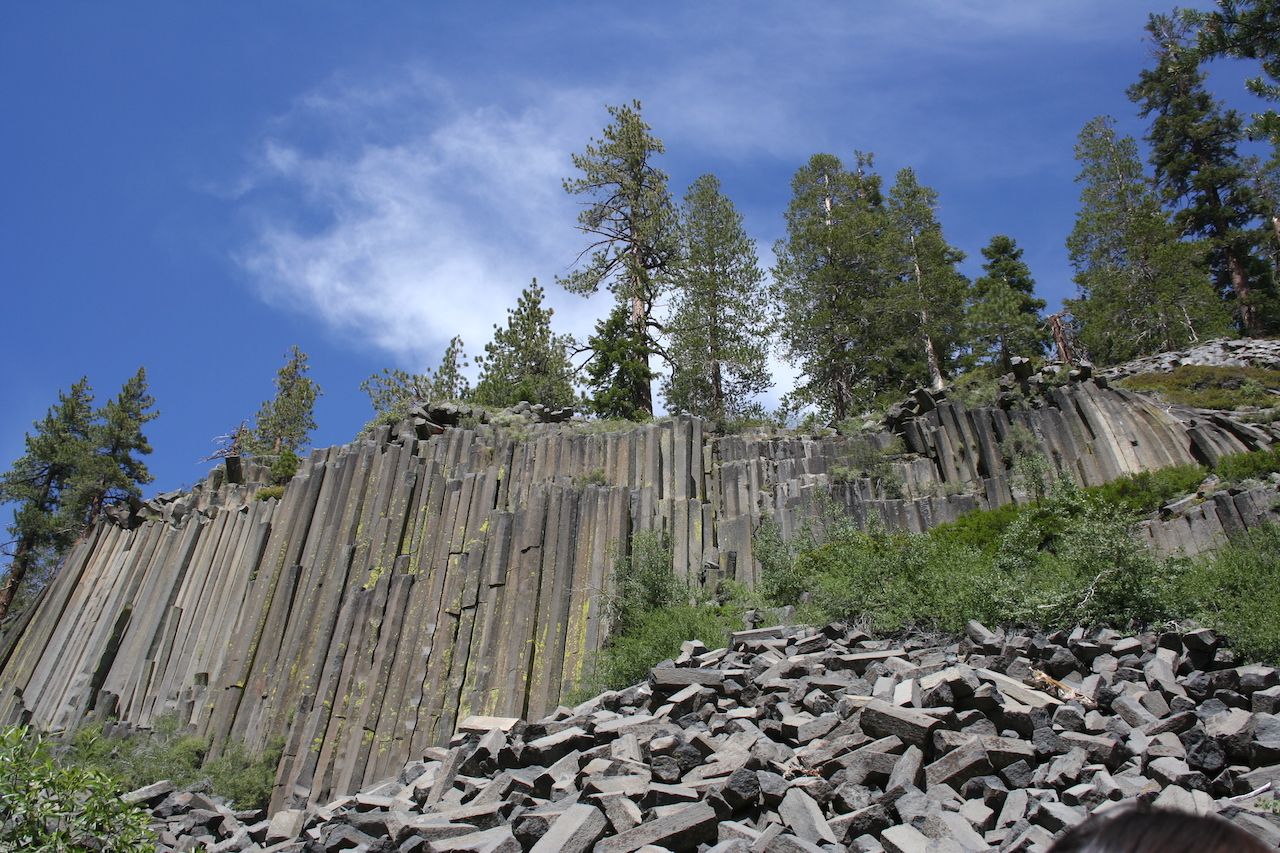 The Sierras are loaded with jaw-dropping parks and towering rock features. Which makes it surprising that while Yosemite National Park drew five million visitors in 2016, Devil’s Postpile National Monument — just over an hour south — drew only 134,000, according to a five-year average from the National Park Service. At first, the “postpile” itself looks like the falling remnants of a fence commissioned by the ultimate society-hating mountain man, firmly securing his isolation from the world. When you stop to realize that it’s a natural occurrence, that these 60-foot-tall basalt columns somehow evolved to this place and formation, well, it’s safe to say you won’t be thinking about Half Dome anymore that day.

While there, check out the 101-foot-tall Rainbow Falls — 2.5 miles each way for the trek. Hike into the Ansel Adams wilderness or to the Minaret Falls adjacent to the monument grounds. Or, if ski touring is your thing and it happens to be winter, you can actually ski in and out of the monument via what’s called a “skin trail,” carved by uphill-ready skis slushing through the snow. 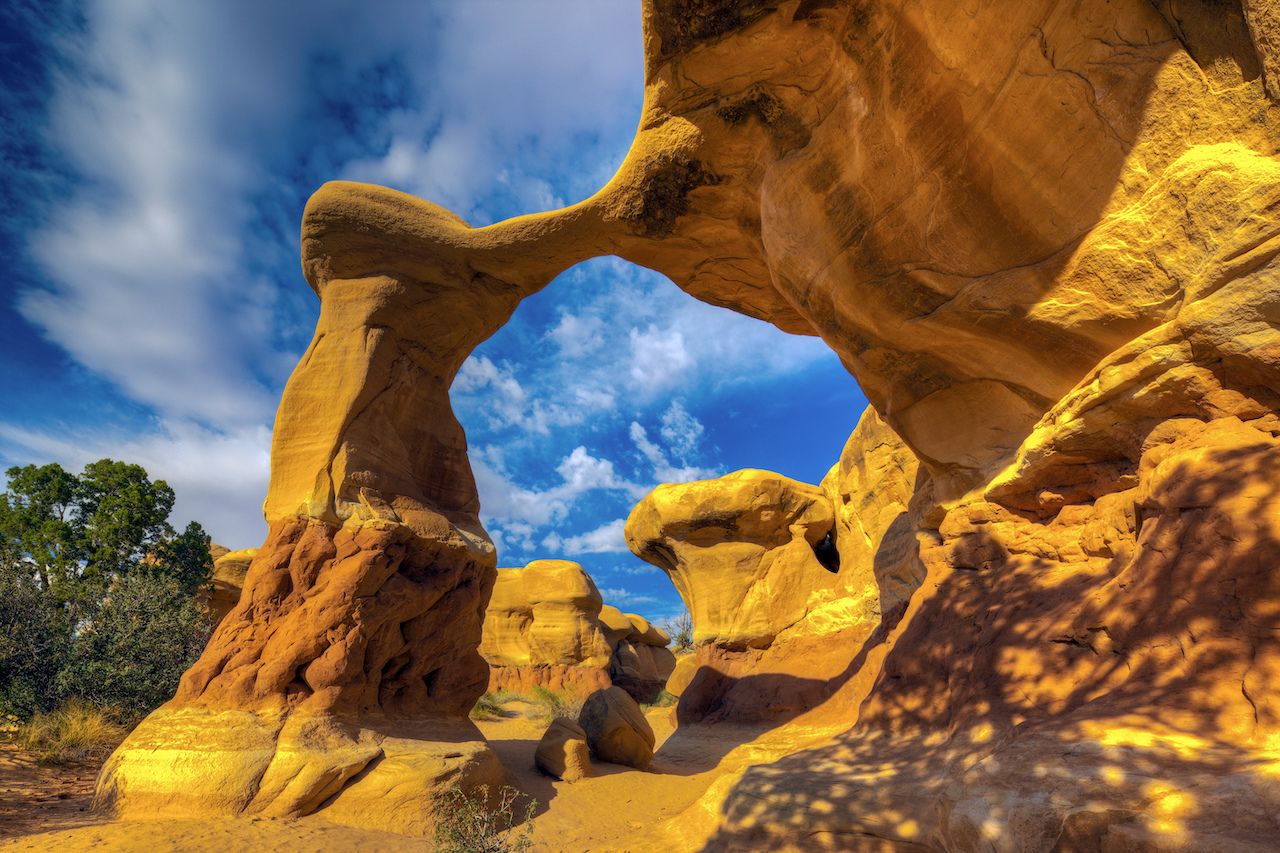 Bears Ears is home to some of the best-preserved petroglyphs in the American West on Newspaper Rock. To go even further, hike past Native ruins on Comb Ridge or backpack some (or all) of the 52-mile Grand Gulch. Here, you’ll see rock art so vivid that you’ll have a tough time believing it’s 2,000 years old, until you see the nearby — and equally mind-blowing — Native American ruins. 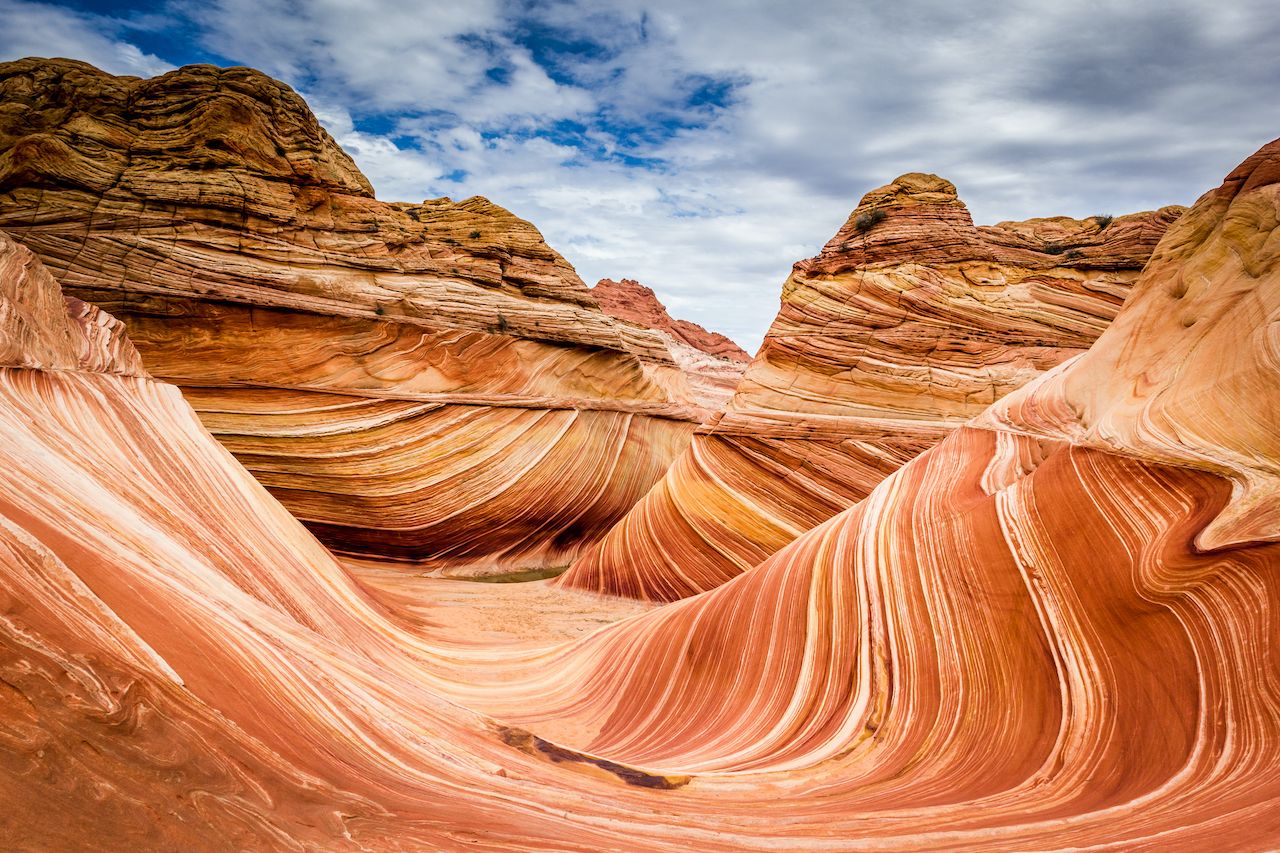 If you want to disappear for a while, Vermillion Cliffs National Monument is about the best place to do so in the lower 48. Here, 280,000 acres of rock-lined valleys, buttes, and plateaus are surrounded by Glen Canyon National Recreation Area on one side and the Kaibab National Forest on the other. There is no visitor center, nor busloads of international tourists snapping quick shots of the death-defying cliff drops. Pull a permit to hike the North and South Coyote Buttes, do a multi-day canyoneering trip through Paria Canyon, or take it a bit easier on a full-day hike to views of the swirling sandstone of The Wave, the one aspect of the park that is well-known on Instagram. Be warned: Only 20 hikers per day are allowed to visit. 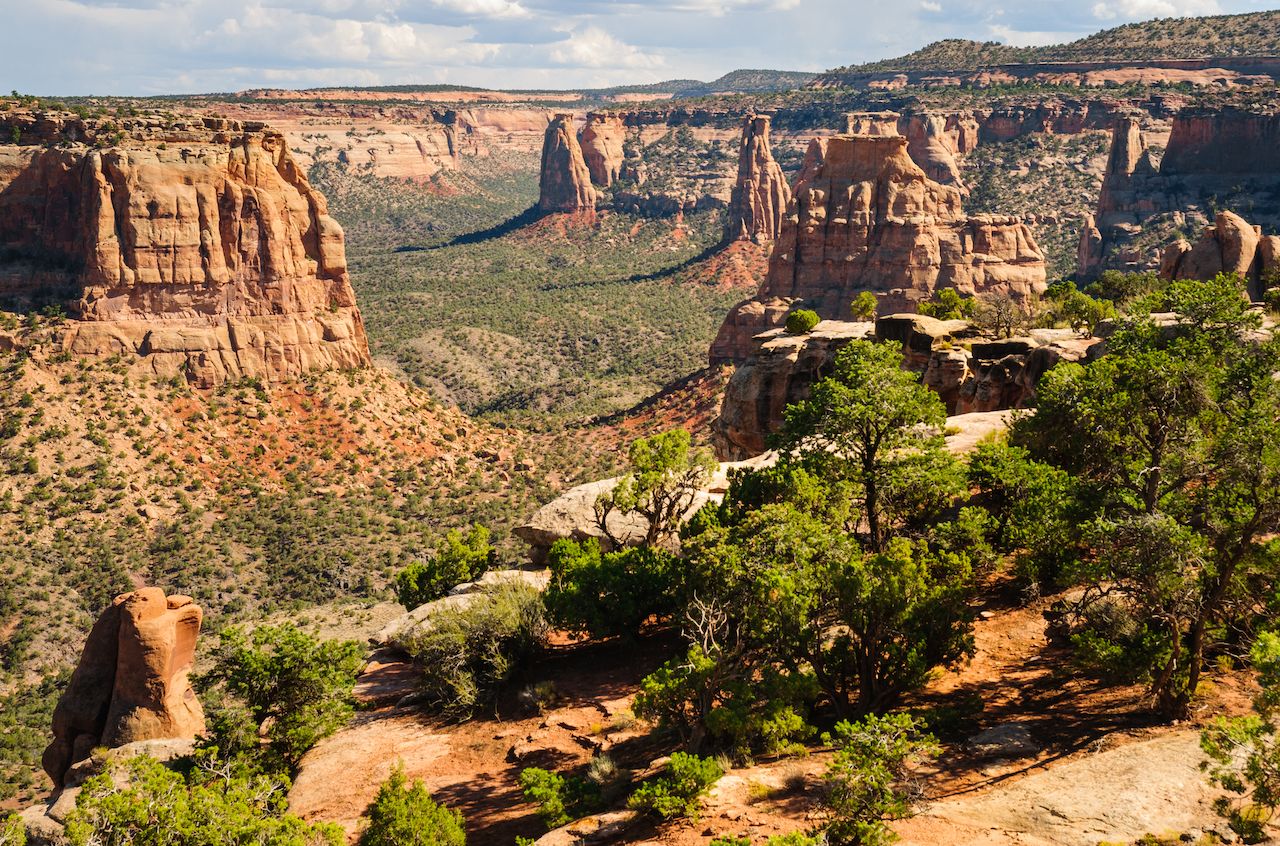 For the intrepid conservationist, few places hold more steam than Edward Abbey’s old stomping grounds of Arches National Park. Hiking through Devil’s Garden is an incredible experience, to be sure, but those who actually read Desert Solitaire are quick to point out that the paved road leading to its now-crowded parking lot was something Abbey was so passionately against that his pen furiously met paper, though the effort ultimately proved futile. Not to mention that the Moab area is three degrees above hot as hell in the summer. Two hours east lies Colorado National Monument, home to Monument Canyon — an expansive area of towering sandstone monoliths and pillars, many of which you can overlook with as little as a five-minute walk.

The road through the monument offers several stopping points to look out over the canyon and across other moon-ish looking rock formations along the way. Should you wish to spend more time out of the car, try the Liberty Cap or Devil’s Kitchen trails — bonus if you do them during sunrise or sunset. Western Colorado is also quite toasty from July to mid-September, but it’s a little higher and cooler than Moab. And, as the photo above shows, Colorado National Monument is one of the most photogenic spots in the country. 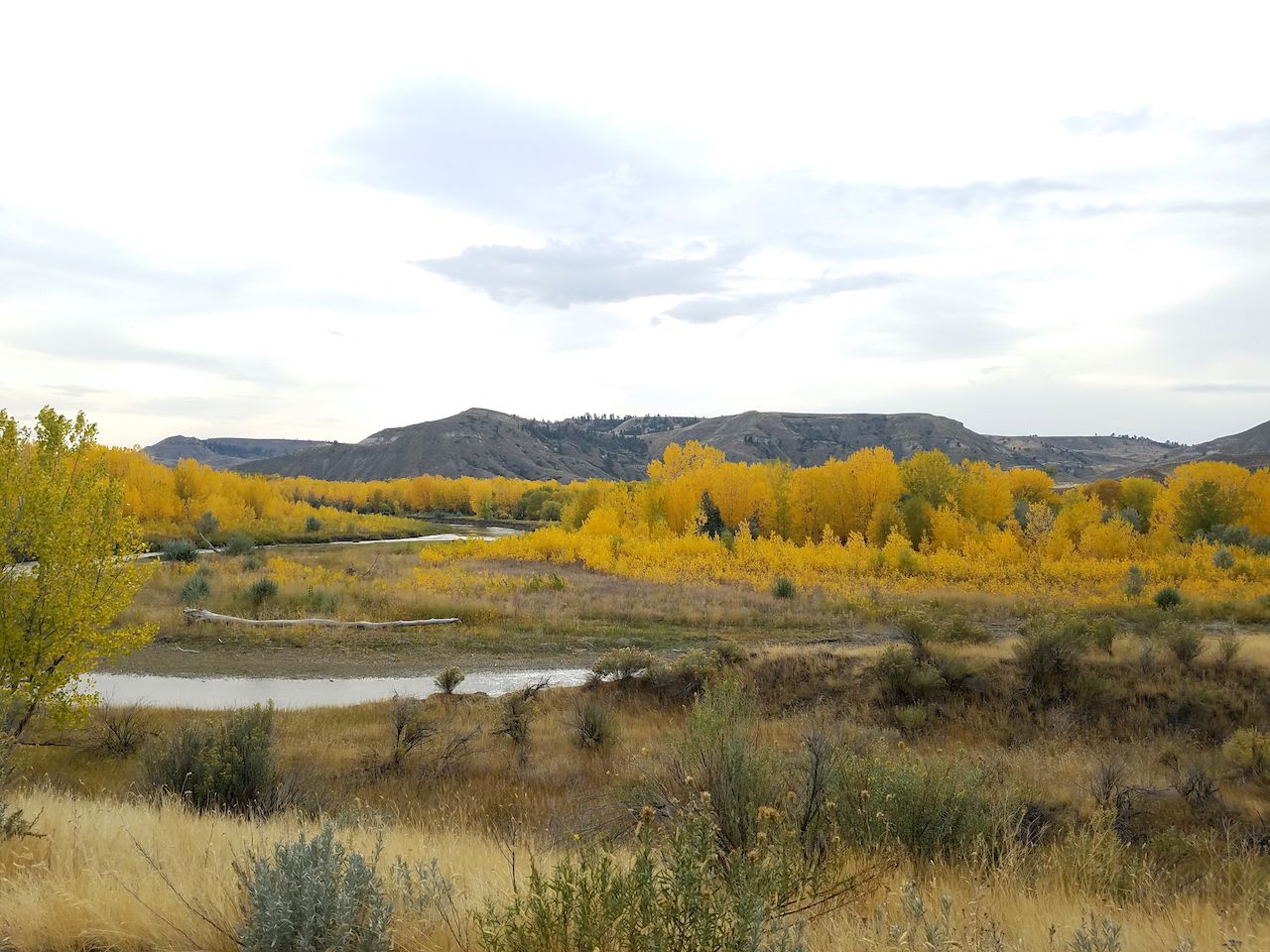 Glacier National Park and the big-mountain terrain of Big Sky Resort are all the proof you need that Montana is an outdoors person’s dream. That’s not even taking into consideration the Upper Missouri River Breaks National Monument, which in addition to extensive stretches of floatable river offers access to both the Lewis and Clark National Historic Trail and the Nez Perce National Historic Trail. You can also fish, hunt, and spot everything from deer to grouse to raptors — wilderness-worthy diversity at its finest.

Further south, Pompeys Pillar National Monument, named after the son of Sacagewea, offers easy access to a famous rock pillar that bore witness to Native tribes and later, pioneer life. An afternoon is plenty of time here as the monument is small — just be sure to snap a photo of Captain William Clark’s signature in the rock. 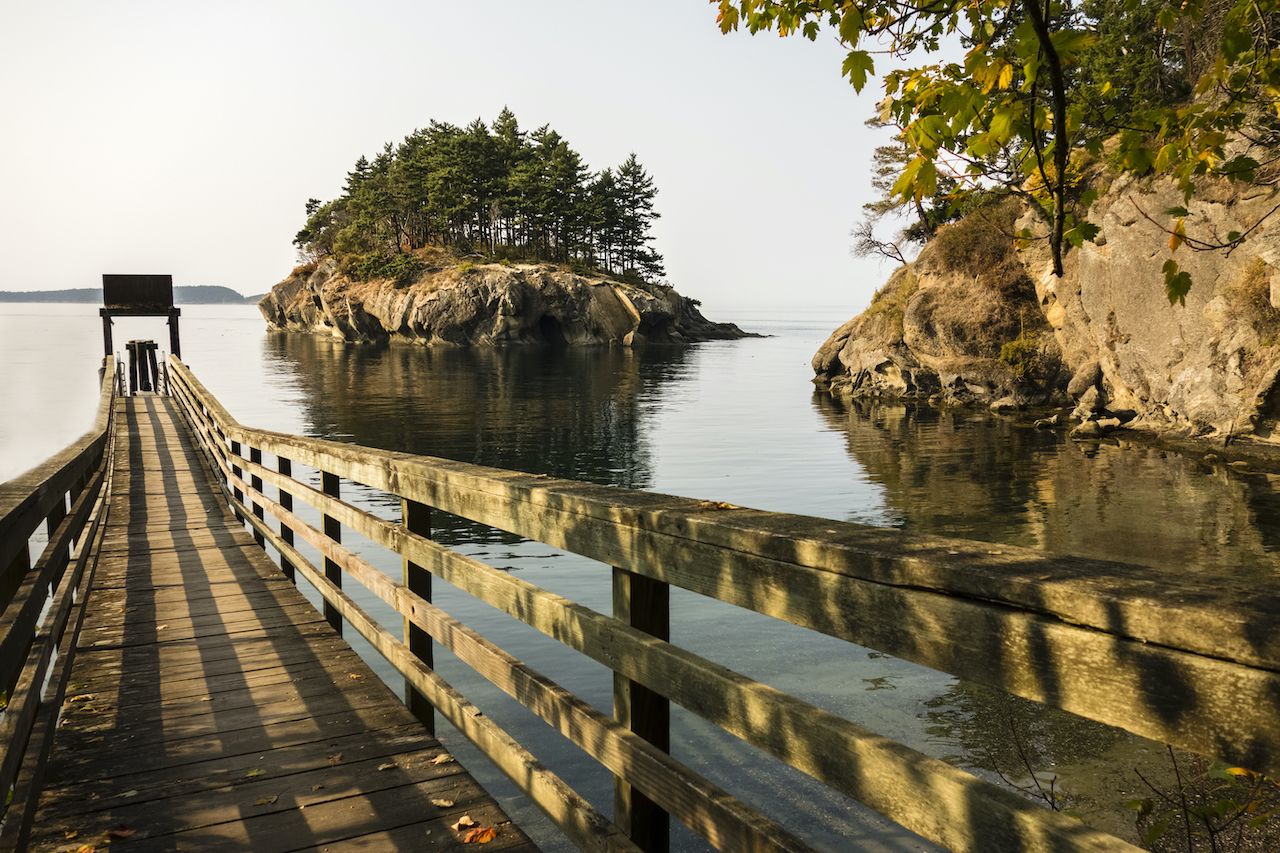 San Juan Islands National Monument encapsulates the stunning islands of the Puget Sound in all their glory. There are more than 450 islands to choose from, depending on your activity preference. For camping, hit up Blind Island. For hiking, try the Iceberg Point Trail on Lopez Island or the Mount Finlayson Trail on San Juan Island itself. Cattle Point is the place to gaze at the Strait of Juan De Fuca and out across the sound and at its bluffs, the coastal Pacific Northwest’s iteration of craggy cliffs. Of course, kayaking the sound is a right of passage for outdoorsy in the area, and you’d do right to give it a go — er, a paddle.

OutdoorThis Road Trip Shows There’s Even More To Utah Than Its National Parks
Tagged
National Parks Road Trips United States
What did you think of this story?
Meh
Good
Awesome