In Berlin, ads aren’t pulling any punches over public health. Taking a very direct approach, the Berlin senate placed an ad in local papers showing an elderly woman giving the middle finger to the camera, beside the words, “A finger-wag for all those without a mask. We stick to Corona rules.” It’s a clear message to those who still resist mask-wearing, or question its seriousness, that the Berlin government isn’t messing around. 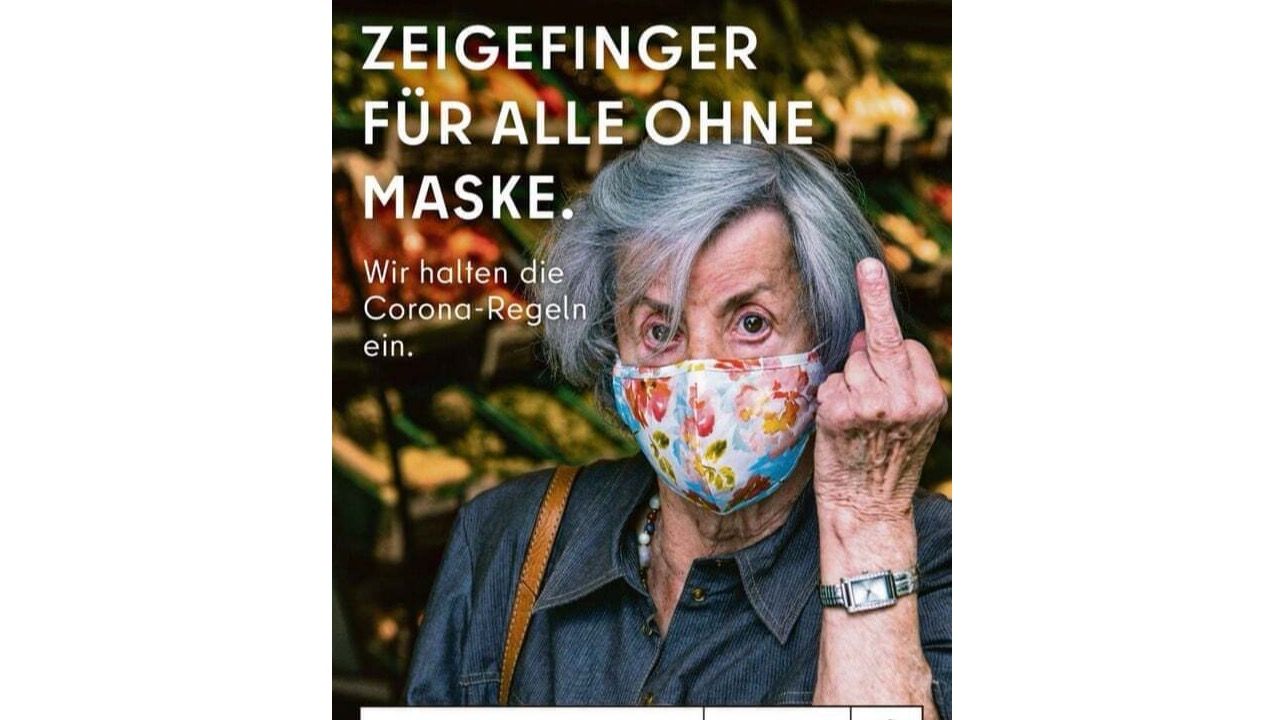 Visit Berlin, the tourism agency that developed the campaign, said to The Guardian, “We wanted to use a language that suits the Berlin character and that underscores the dramatic pandemic situation — and that we managed.”

The broader campaign, which launched in September, featured a series of posters in German, English, Turkish, and Arabic with slogans that similarly encouraged mask-wearing. One of them read, “Mask on. To keep the lights from going off.”

While this tone certainly gets the message across, some have criticized the senate for their crassness. The general secretary of the Free Democratic Party, for example, said the ad was “neither funny nor unconventional but arrogant and offensive.”

Regardless, there’s no doubt it achieved its desired effect in drawing attention and eliciting a reaction.

Art + ArchitectureWhere To Discover the Best Street Art in Berlin
Tagged
COVID-19 News
What did you think of this story?
Meh
Good
Awesome