Imagine waking up one morning to discover that you live in the “worst state in the country.” Sorry, Alabama. Designations like “best” and “worst” are undeniably subjective, but that hasn’t stopped YouGov from trying to rank each US state based on a vague perception of its quality. To do it, they tapped unbiased experts who are highly versed in political, cultural, and socioeconomic issues and are well-qualified to comment on each state’s quality of life. Oh, wait — they just asked 1,200 random Americans to fill out a March Madness-style bracket. 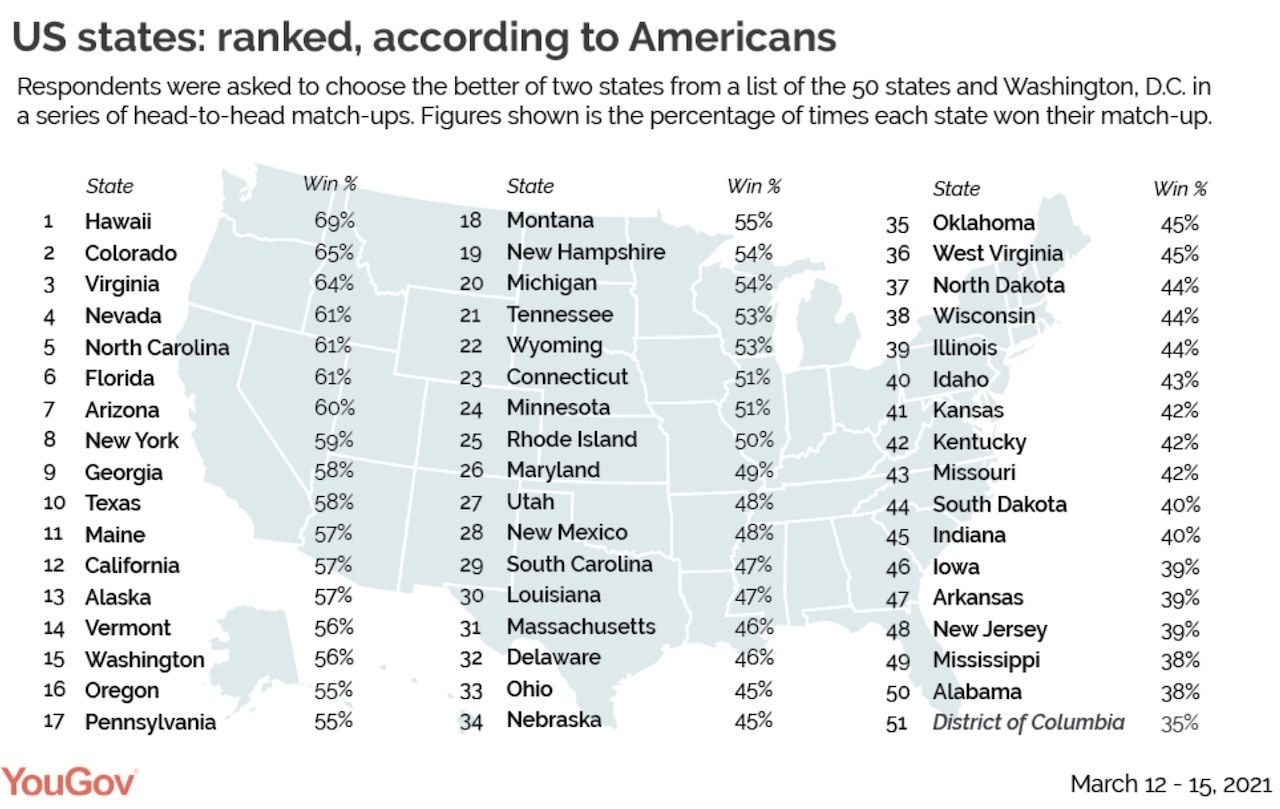 So in case you’re dying to know what complete strangers think of your state — strangers who, in all likelihood, have never even been there — YouGov has you covered. In the least surprising news of all time, Hawaii ranked number one, winning a very nice 69 percent of its matchups. Colorado came in second with 65 percent, followed by Virginia, Nevada, and North Carolina.

The 1,200-member brain trust had no love for the South, ranking Alabama, Mississippi, and Arkansas in the bottom five, with Missouri and Kentucky making an appearance in the bottom 10. Oft-picked on New Jersey was the lowest-ranked state outside of the South at #48, and not-a-state Washington DC was dead last.

TravelThe 25 Coolest Towns in America To Visit in 2021
Tagged
Maps + Infographics News
What did you think of this story?
Meh
Good
Awesome

Flight Prices Are Up 40 Percent Since January. Here’s How Much Higher It’ll Get This Summer.
This Airbnb on a California Cannabis Farm Lets You Get Out Among the Plants
The 25 Best Hotels in the World, According To Tripadvisor Travelers’ Choice Awards
The 9 Most Underrated Road Trips in the United States
California May Get a New State Park With Campgrounds and Kayaking Spots