Southern California is home to great natural attractions, and Los Angeles has some of the most spectacular parks in all of the United States. From lush gardens and stunning trails to tranquil lakeside recreational areas, there’s something for every type of nature enthusiast to explore and enjoy in the city. While there are plenty of options — the Los Angeles County Department of Parks and Recreation manages 181 sites in the city — the options below should get you pointed in the right direction.

The best parks in Los Angeles

When you’re visiting any of the parks below, remember to carry lots of water. LA gets extremely hot and most of the trails are fairly exposed. LA (and all of California) can also be extremely dry in the summer and fall, so you’re likely to find yourself getting thirsty much quicker than you would in other parts of the country. You’ll also want a good pair of shoes with decent traction since many of the hikes around the Santa Monica Mountains are sandy and rocky (and sometimes rather steep). 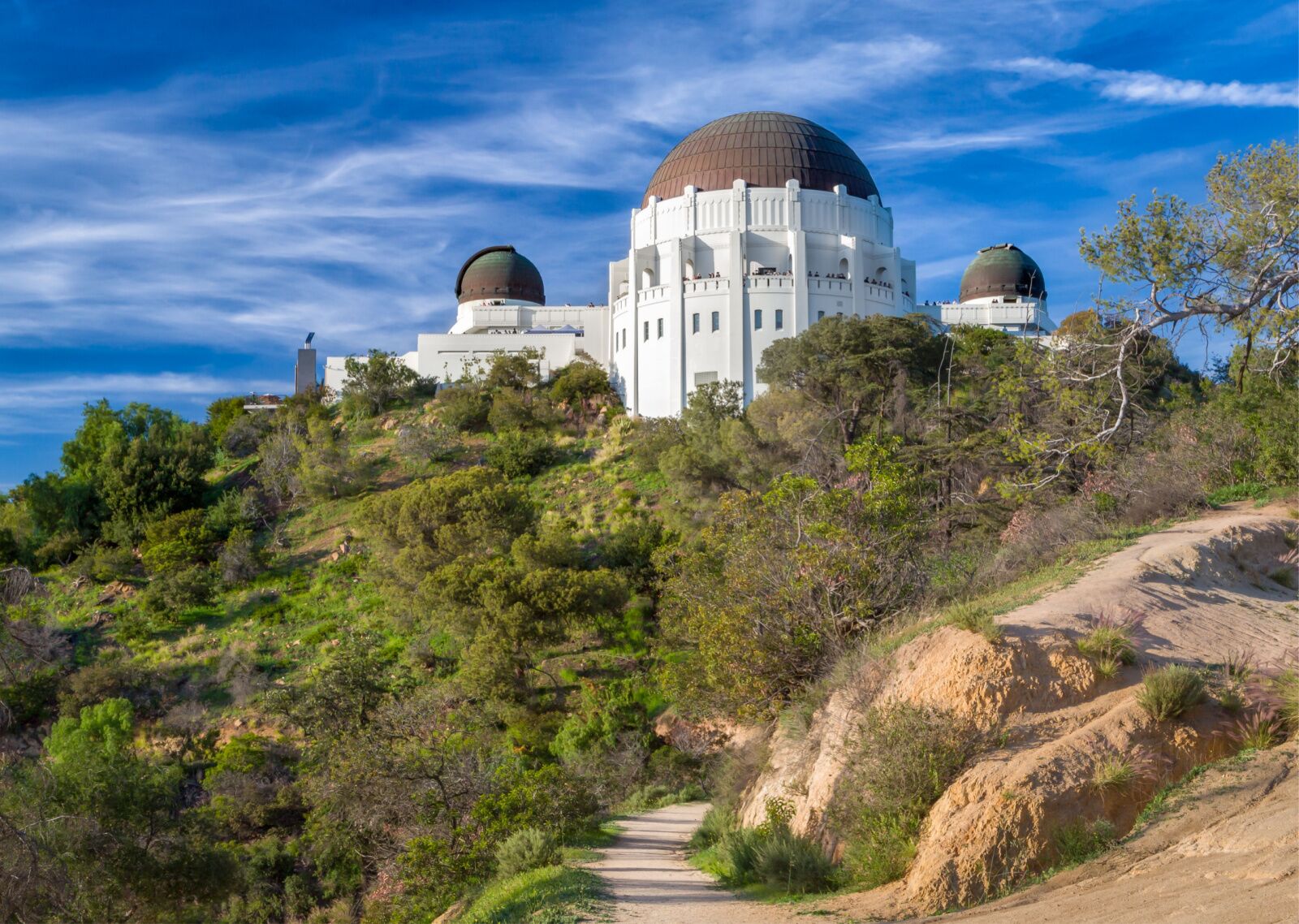 Griffith Park is one of the premier parks in Los Angeles, and a must-visit site for anyone visiting the City of Angels. With over 4,000 acres of lush green space, Griffith Park is home to some of LA’s most iconic attractions, including the Hollywood Sign and the Griffith Observatory. It’s the go-to spot for an active day in Los Angeles.

Visitors can hike through rolling hills and dense forests or browse the unique shops at Griffith Park Village. And the famous Observatory is completely free, and the bus to get there that leaves from the Greek Theatre is only 50 cents. The Greek, by the way, is one the best outdoor theaters in America and has concerts from A-list stars throughout the year.

Griffith Park is home to over 50 miles of hiking trails, making it one of the best parks in Los Angeles for outdoor exploration. From easy strolls through chaparral-covered hillsides to long treks up steep ridges, there’s something for hikers of all abilities and interests. Be sure to check out popular trails like the Griffith Park Hollywood Sign Trail (8.7 miles), which winds its way along the Hollywood Sign, and the Zoo Loop Trail (2.5 miles), which goes around the remains of the old Hollywood Zoo. 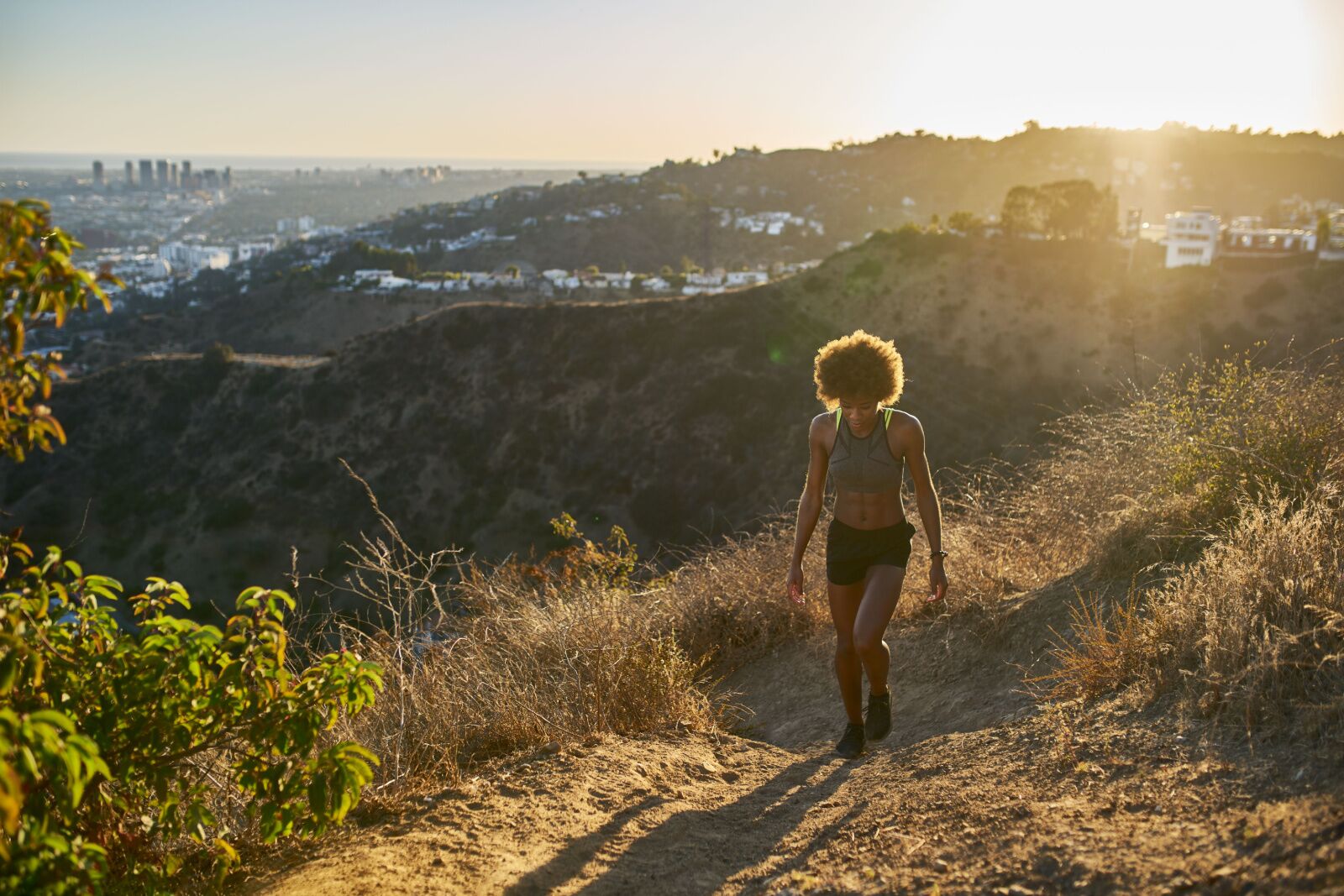 Runyon Canyon Park is a popular park in LA’s Hollywood Hills. The park covers160 acres and is known for its hiking trails, which offer panoramic views of the city and the surrounding mountains. Runyon Canyon Park is a popular destination for tourists and locals alike, and it can get quite crowded on weekends and during the peak of the tourist season. The park is open from sunrise to sunset every day, and there is no admission fee.

Runyon Canyon Park has a rich history, with roots dating back to the early 20th century. The park was named after its former owner, C.H. Runyon, and it was originally used as a sheep ranch. Today, it’s an important part of the Los Angeles community and a popular destination for outdoor enthusiasts.

The park has several loop trails ranging from 0.5 miles to 2.5 miles, and there are also several longer trails that lead up to the highest point in the park, known as Indian Rock. Depending on the trail, you may encounter a variety of plant and animal species, including coyotes, rattlesnakes, and a variety of bird species. 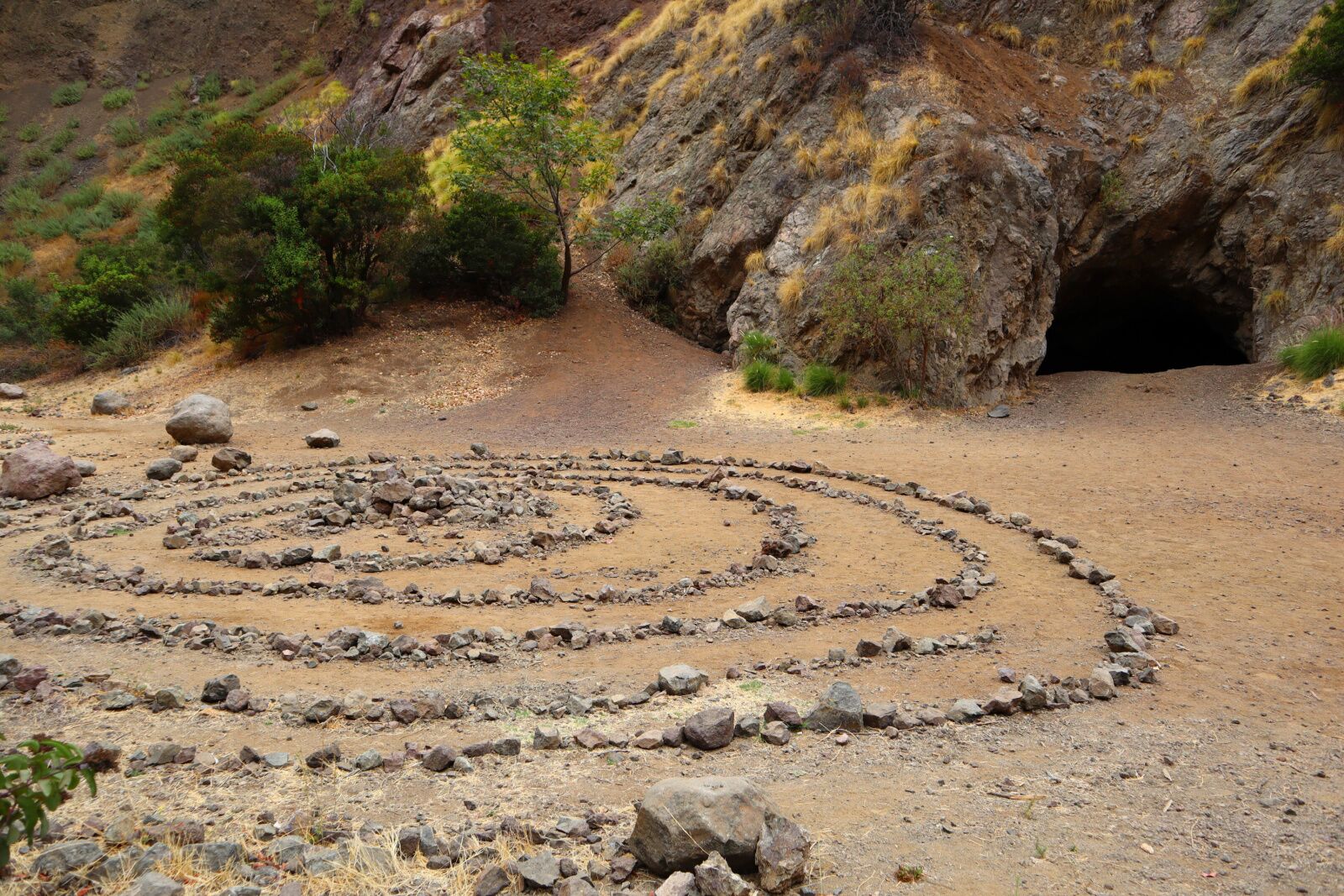 Okay, technically, Bronson Caves is within Griffith Park, so maybe it shouldn’t count as one of the best parks in Los Angeles on its own. But it’s cool enough that we’re including it anyway. Bronson Caves, also known as the “Bat Cave,” is a natural cave in the Hollywood Hills. It’s a popular destination for hikers and tourists, and is easy to access from the parking lot at the base of the hills. The cave is at the end of a short, paved trail, and it is open to the public every day from sunrise to sunset.

Bronson Caves is known for its unique geological formation, which consists of a large, tunnel-like cave approximately 100 feet long and 25 feet wide. The cave is made of volcanic rock and has a smooth, curved surface. Even cooler, it’s totally natural.

But the caves are known for more than their geological significance. The caves have been used as a filming location for a number of movies and television shows, including the 1960s Batman television series, in which it served as the entrance to the Batcave (hence the nickname) and 2002’s The Scorpion King. While there, it’s important to be mindful of the cave’s fragile ecosystem and to follow park rules and regulations, including staying on designated trails and not disturbing any plants or animals. 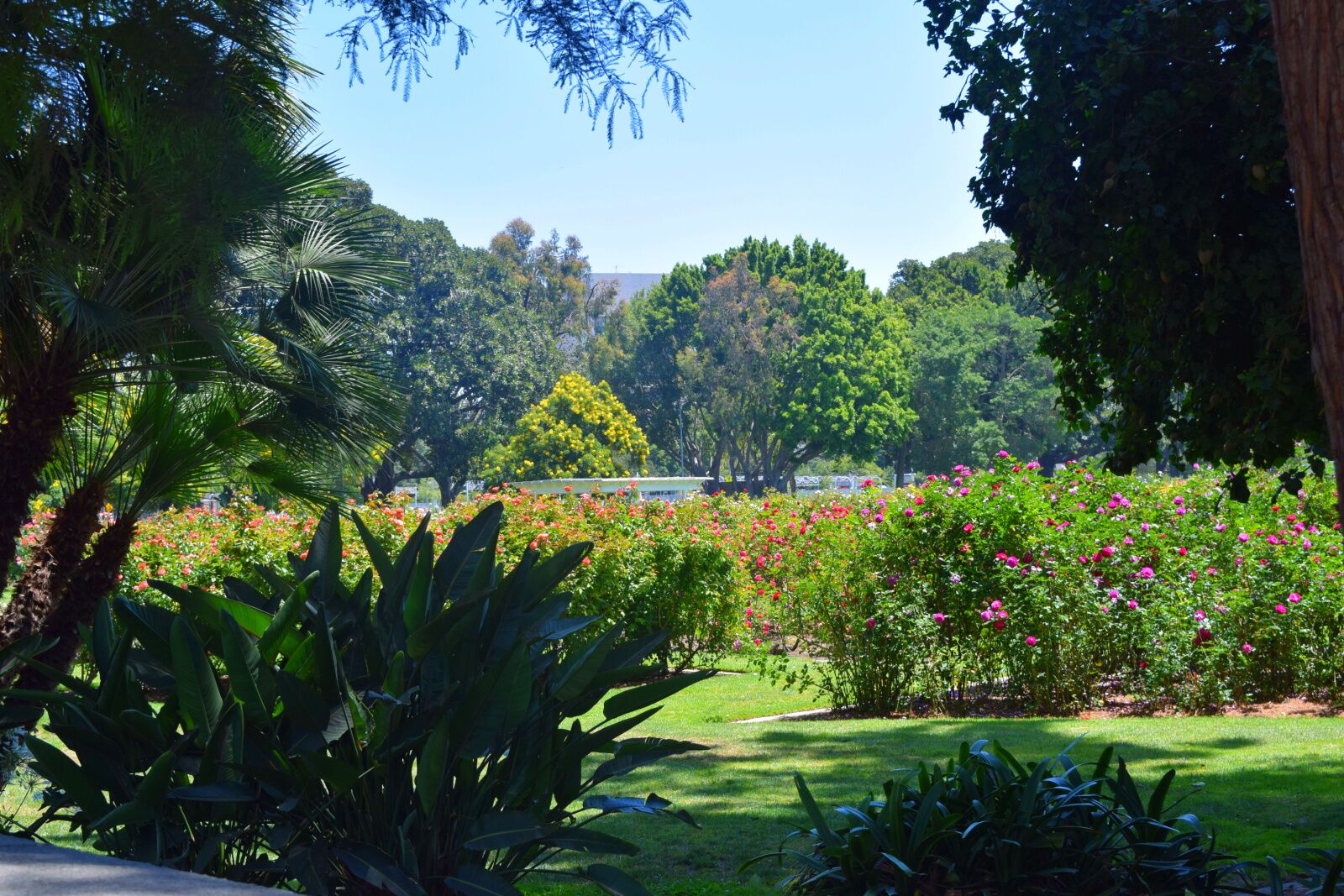 Exposition Park is a large public park in South LA. The park covers more than 160 acres and is home to a number of museums, cultural institutions, and recreational facilities.

Some of the notable attractions in Exposition Park include the California Science Center, where the Space Shuttle Endeavor is on permanent display, and the Natural History Museum of Los Angeles County, which has one of the most impressive halls of dinosaurs outside of the Smithsonian in DC. It’s also home to the California African American Museum, with exhibits on African American history, culture, and art, and the LA Memorial Coliseum, home to the University of Southern California (USC) Trojans football team (and former host of the Olympic Games in 1984).

Exposition Park also has a number of recreational facilities, including sports fields and courts, a lake, and a number of playgrounds and picnic areas. The park is a popular destination for locals and visitors alike, and it is easy to access by car or public transportation — just take the LA Metro to the 37th Street/USC or Expo Park/USC stations. Entry to the park is free but the various museums all require tickets. 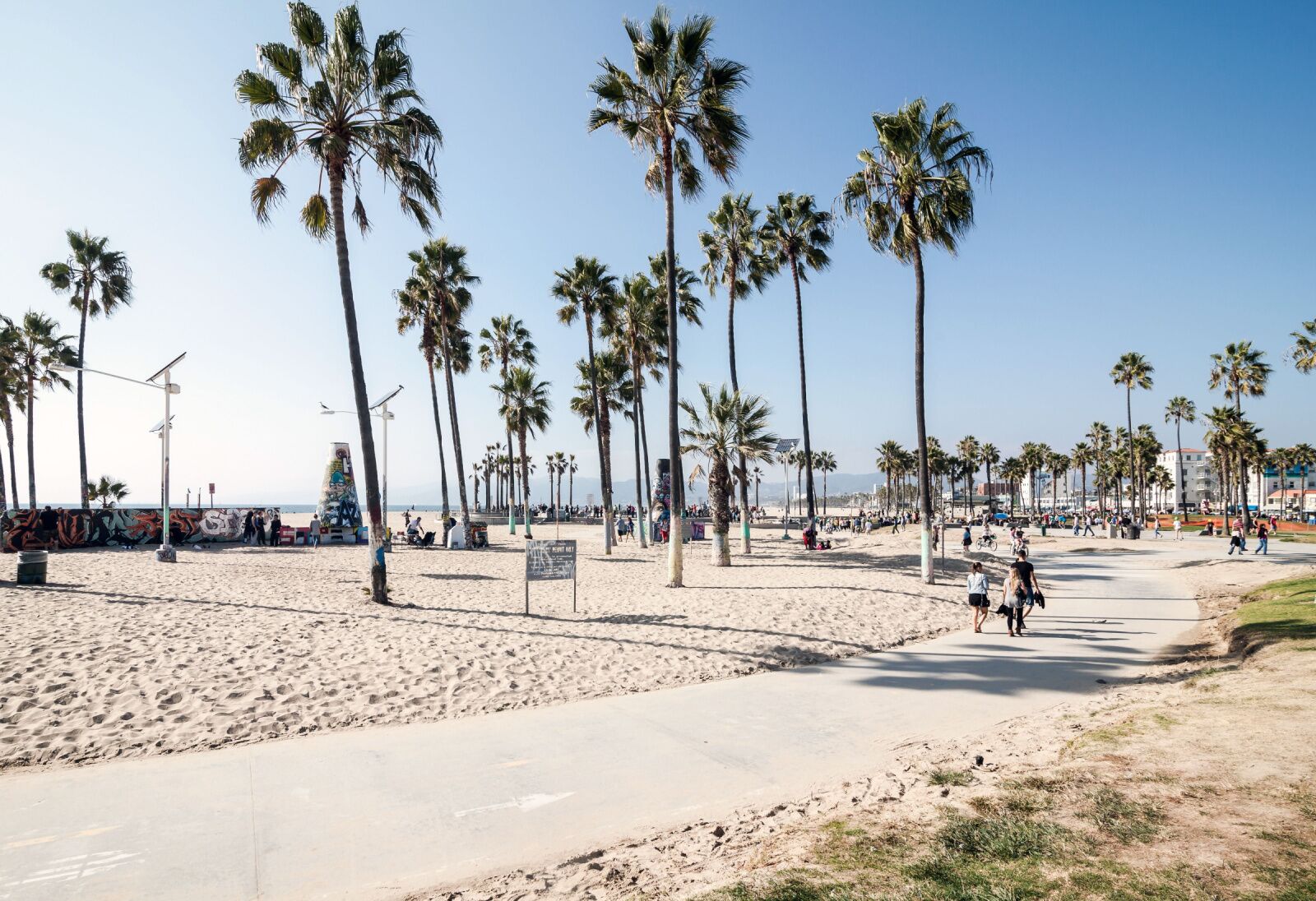 Venice Beach is not technically a park, but it is a popular destination for outdoor recreation and is often referred to as a park — and many people consider it to be one of the best parks in Los Angeles regardless.

Venice Beach is a neighborhood on the city’s Pacific coast. It’s known for its sandy beach, which stretches for about two miles along the oceanfront. The beach is a popular destination for swimming, sunbathing, and beach sports. It is also home to the iconic Venice Beach Boardwalk, which is lined with street performers, vendors, and artists. In addition to its beach and boardwalk, Venice Beach also has a number of parks and recreational facilities, including basketball courts, handball courts, a skatepark, and several playgrounds. And just north of Venice Beach is famous Santa Monica Beach, with its well-known amusement park on the pier (built in 1909).

The neighborhood is packed with some of LA’s coolest restaurants and shops, so the best thing to do is to plan to spend the day there, alternating between lounging on the beach and strolling along the neighborhood’s cute, vintage-feeling streets. 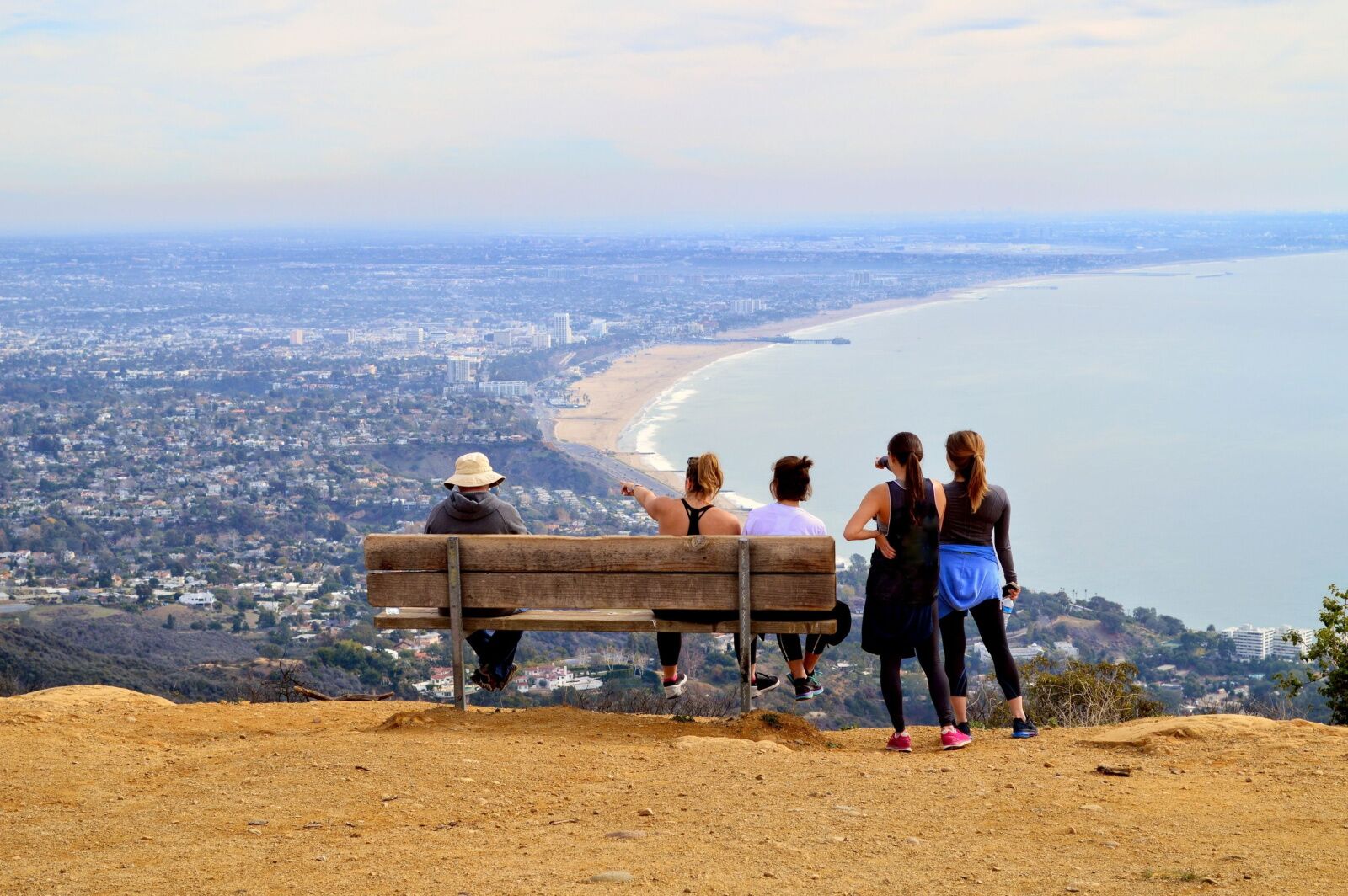 Topanga State Park is a large natural area in LA’s Santa Monica Mountains. It covers 11,000 acres and is known for its diverse plant and animal life, as well as its hiking trails and recreational facilities. Some of the best trails in the park include the Temescal Canyon Trail (3.8 miles, 930 foot gain) and the Santa Ynez Waterfall Trail (2 miles, 200 foot gain). Both are quite popular, so you won’t have them to yourself, but they offer some of the best views you’ll find in LA.

Temescal Canyon has great views of both the canyon itself and the Pacific Ocean, looking out toward Malibu. And the Santa Ynez Waterfall Trail goes up a stream bed to a pretty waterfall; it’s flowing the most in the spring after winter rain, but can be a little dry come late summer. 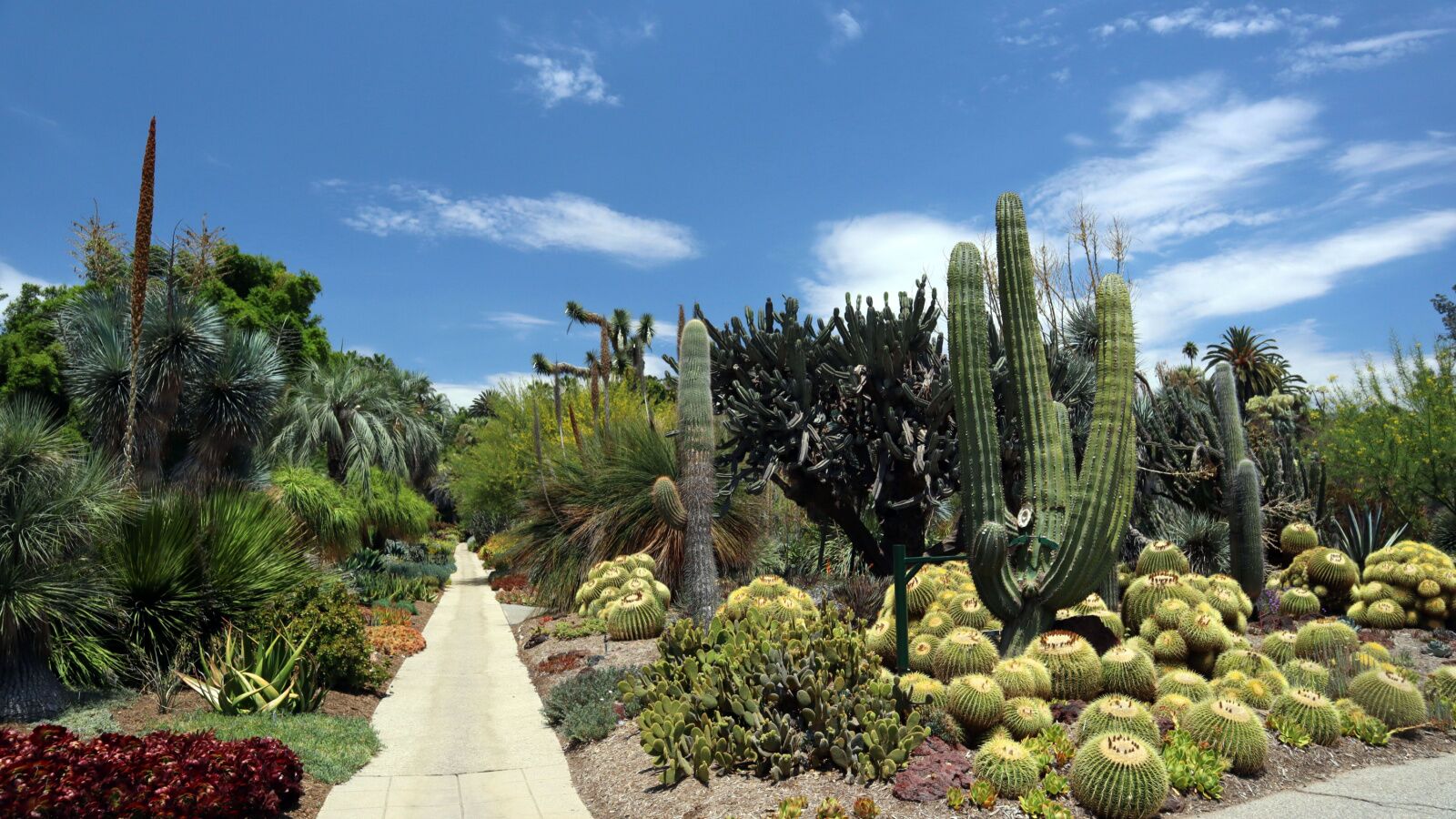 The Los Angeles County Arboretum and Botanic Garden, also known as the LA Arboretum, is a 127-acre botanical garden. And while it’s not technically one of the best parks in Los Angeles, it’s pretty close as it’s in the suburb of Arcadia, less than 10 minutes east of Pasadena. The garden features a wide variety of plants and flowers, including native and exotic species, as well as a number of historical and cultural attractions.

Some of the parks gardens include themed gardens, like a cactus garden, a rose garden, a palm garden, and gardens inspired by countries around the world. The park also has several historical structures, including the Queen Anne Cottage, the Santa Anita Depot, and the John Marshall House, and has peacocks and ducks roaming the grounds.

The arboretum hosts a number of special events throughout the year, including music performances, outdoor movie screenings, and educational programs. Around Christmas, it hosts “Lightscape,” with creative lighting across the garden’s trees and walkways. It’s open daily, and tickets are $15 for adults. While you can buy admission tickets online, you’ll have to buy tickets for the tram tours ($8 per person) when you arrive.

Where to stay in Los Angeles 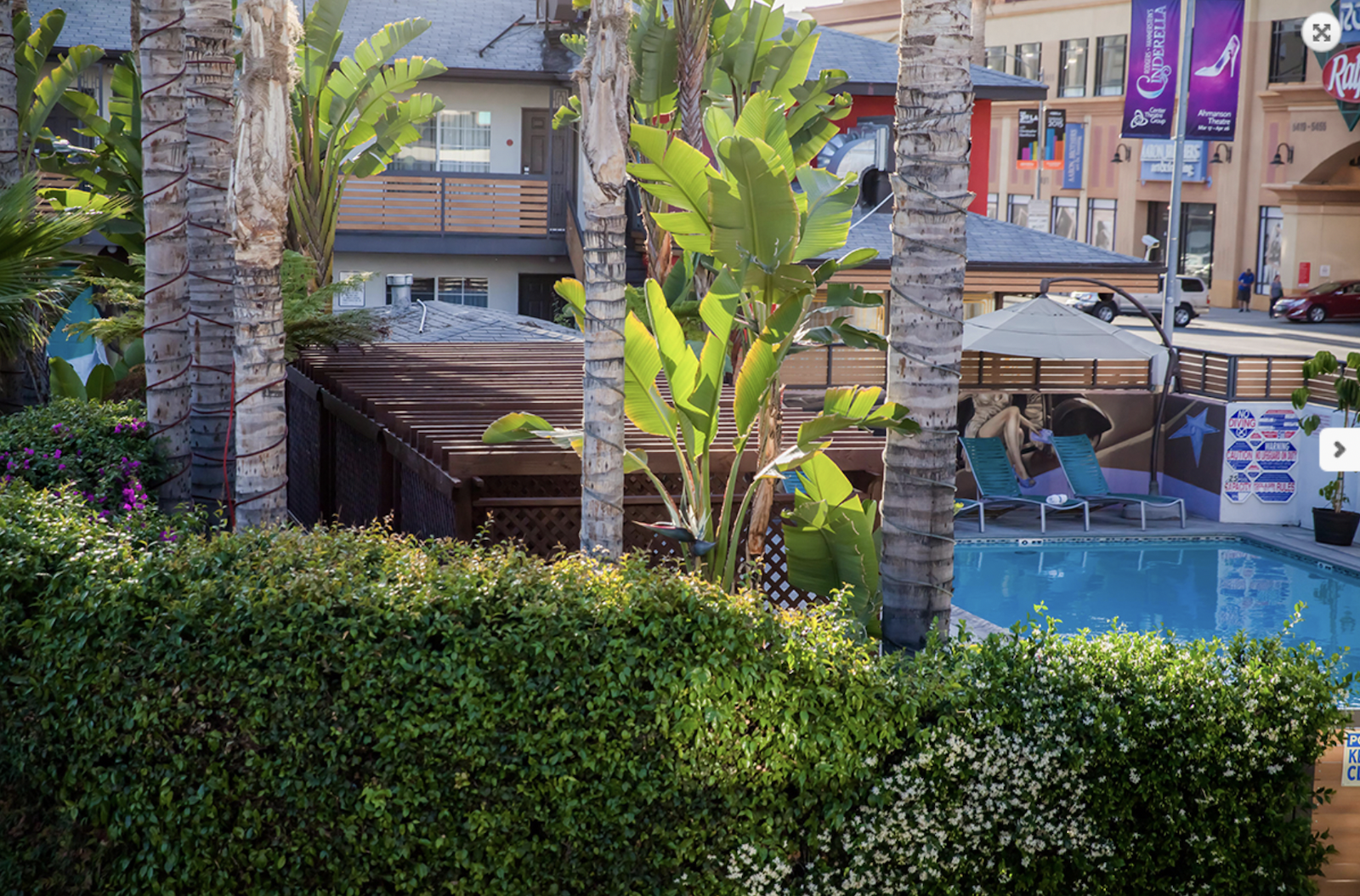 LA’s traffic can get pretty bad, so don’t book a hotel based on the idea of driving everywhere you want to go. Instead, it’s best to pick a hotel either near here you want to go or within close proximity to a Metro station, which is generally a lot quicker than trying to drive.

The Hollywood Roosevelt: a luxe hotel with deep Hollywood roots

Possibly LA’s most famous hotel, this property is on the Hollywood Walk of Fame. It was built in 1927 and has been a landmark in the city ever since. It has a variety of dining options, including a poolside bar and grill, a 24-hour coffee shop, and a rooftop bar with panoramic views of the city. It’s also only about a 10-minute walk to Runyon Canyon.

The Dixie Hollywood: an affordable stay on Hollywood Boulevard

The Dixie Hollywood is a moderately priced hotel (starting around $179 night) with an outdoor pool about a 15-minute walk from Griffith Park. It has the vibe of a 1950’s hotel that’s since been updated to have chic, urban vibes. It’s also only one block from a Metro station.

Any hotel with a rooftop pool