The proverbial running to the neighbor’s house to ask for a cup of sugar isn’t too far from the truth for many of us after we forget an essential ingredient. But when we’re in a pinch, we may tweak recipes or create something entirely new with what we have on hand. Sometimes that new creation ends up being an instant classic. Such was the case with Jerry Klause, founder and creator of Peace Pie.

In Woodstock, New York, on Thanksgiving night in 2010, Klause found himself tasked with making pecan pie, a family favorite. He prepared the filling, but realized he had forgotten to make a pie crust. Klause had to think quickly. He turned pie a la mode into what he calls “pecan pie lasagna.” He baked two huge shortbread cookies and layered vanilla ice cream and pecan pie filling between them.

As a serial entrepreneur, Klause knew that he had stumbled upon a genius dessert and founded Peace Pie the following summer. He and his family began selling their creations at farmers markets and local events throughout their home area of southern New Jersey. The ice cream sandwiches offered an ingenious twist on a classic treat, and the shop quickly gained a loyal following. The sudden popularity of his ice cream sandwiches pushed him to open a brick-and-mortar store in Cape May, New Jersey, on Memorial Day in 2015.

The flagship shop was just two blocks from the beach, and customers regularly rolled in. He soon had the funds to open even more locations of Peace Pie in Charleston, South Carolina; St. Augustine, Florida; and Ventor, New Jersey. Each shop is run by a member of Klause’s family.

Klause’s original plan was to name the business “Pie Scream,” but it was already trademarked. One day, as Klause was driving through Woodstock, which had been his home for 10 years, the name Peace Pie struck him. After all, Woodstock is known for peace signs and all things hippie. Yet — once again — Peace Pie was already trademarked by Ben and Jerry’s. They hadn’t used the term, so Klause shrewdly kept an eye on when the trademark would lapse, and he filed for the name the day it became available. 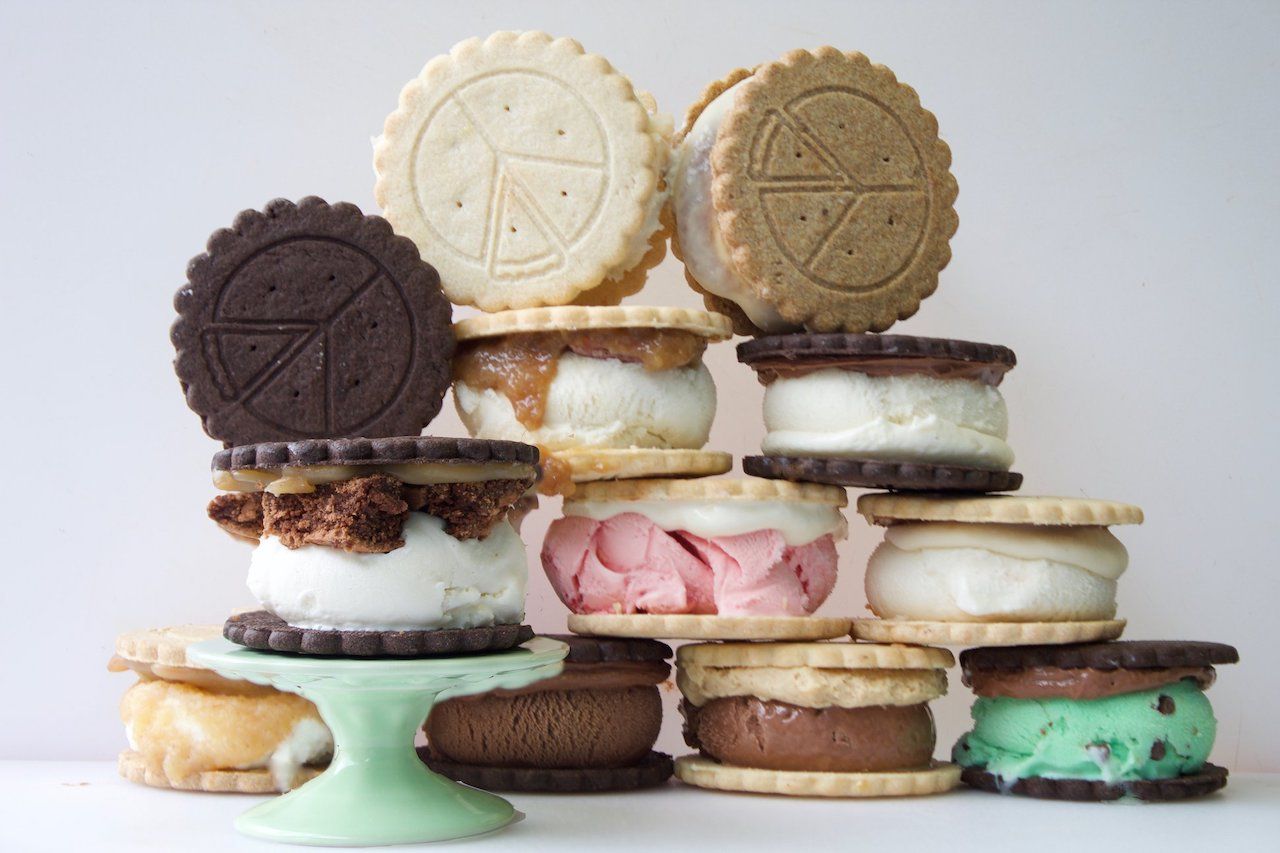 On a recent trip to St. Augustine, I came across Peace Pie on Aviles Street. The windows and walls are hand-painted in vibrant colors by Klause’s daughter, Maryrose LaCavera. She manages the Florida store and paints colorful murals at each of the Peace Pie locations. Cases of neatly arranged, pie-inspired ice cream sandwiches are organized according to flavor.

As of now, the Peace Pie stores are all located on the East Coast, but it does ship to a variety of locations in quantities of 12 or 24 ice cream sandwiches in flavors of your choosing.

Ice cream and pie are two of America’s favorite treats. They’re often combined on a plate, but it took a twist of ingredients and some Thanksgiving inspiration to create what is quickly becoming a regional favorite.

‘Game of Thrones’ May Be Over, but the Mead Boom Is Just Beginning

New Jersey Sandwiches Are an Art Form. These Are the 9 Sandwiches To Try.