If you thought of pilots as serious, focused people who never stray off the sensible path, think again. A pilot test-flying a single propeller aircraft in Salisbury, a suburb of Adelaide in Australia, got so bored he spelled out “I’m bored” on his tracking device by carefully maneuvering his flight path. 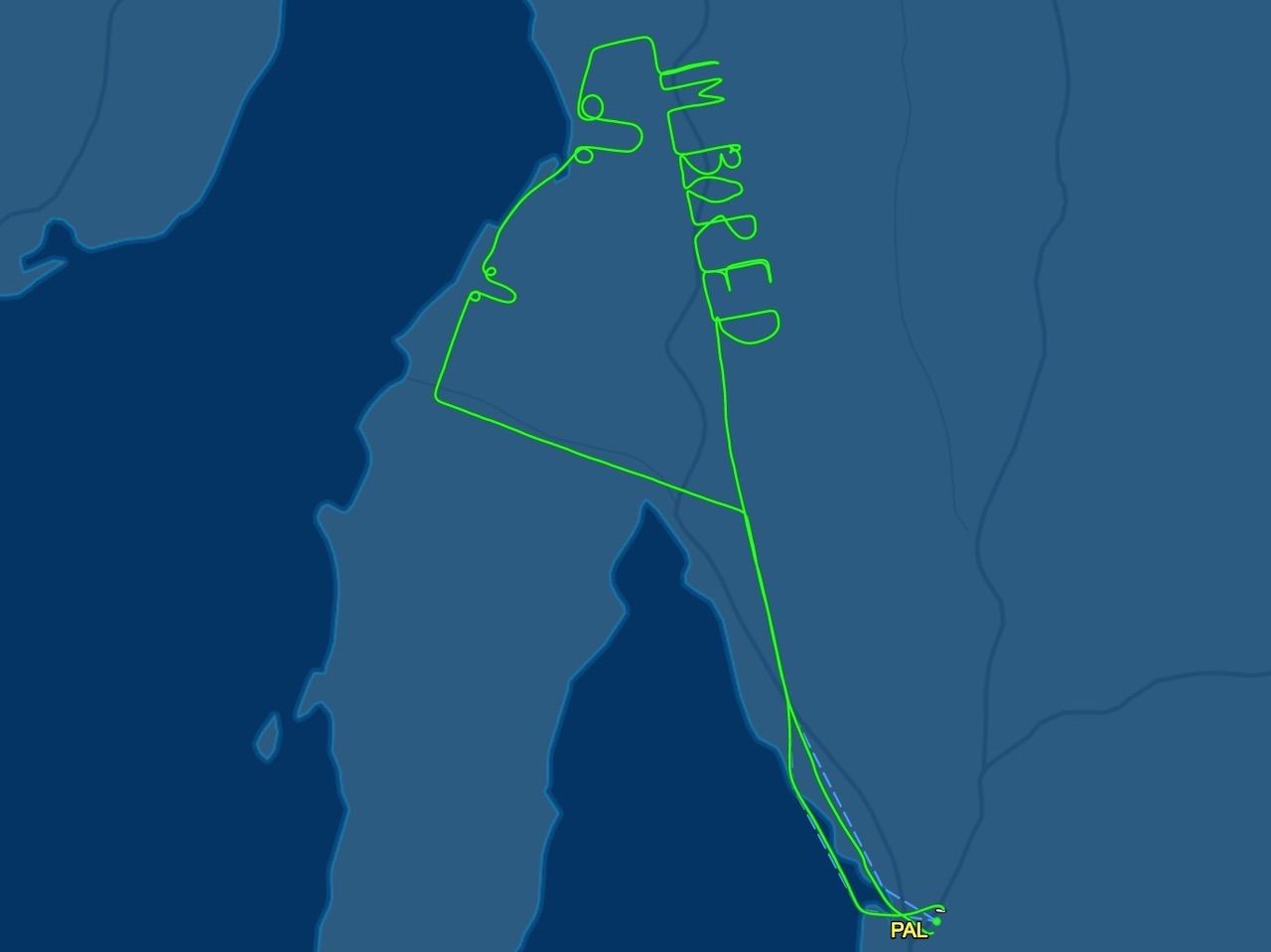 Leaving South Australia’s Parafield Airport just before 9:00 AM yesterday morning, and returning around 12:00 PM, the pilot was tasked with flying the aircraft, a Diamond Star, for two hours and apparently got a little creative in the process. The message, which was many miles long, would not have been visible from the ground — only on his tracking device and those following along on live flight tracking programs and websites.

If you look closer, it wasn’t just boredom that he was expressing on his flight tracker. Two seemingly phallic symbols also appear before he starts spelling out the message. Have a closer look by checking out the accelerated version of his flight on FlightAware.

Airports + Flying7 Unique Ways To Beat Boredom on Long-Haul Flights
Tagged
News
What did you think of this story?
Meh
Good
Awesome