As the historic town of Plymouth, Massachusetts, gets ready to celebrate the 400th anniversary of the pilgrims arriving on the Mayflower, vandals tagged Plymouth Rock and other town landmarks on Sunday night. The vandals not only covered the famed rock and its “1620” inscription with red spray paint but also defaced the Pilgrim Maiden statue, the National Monument to the Forefathers, and a seashell-shaped sign erected to celebrate the anniversary. 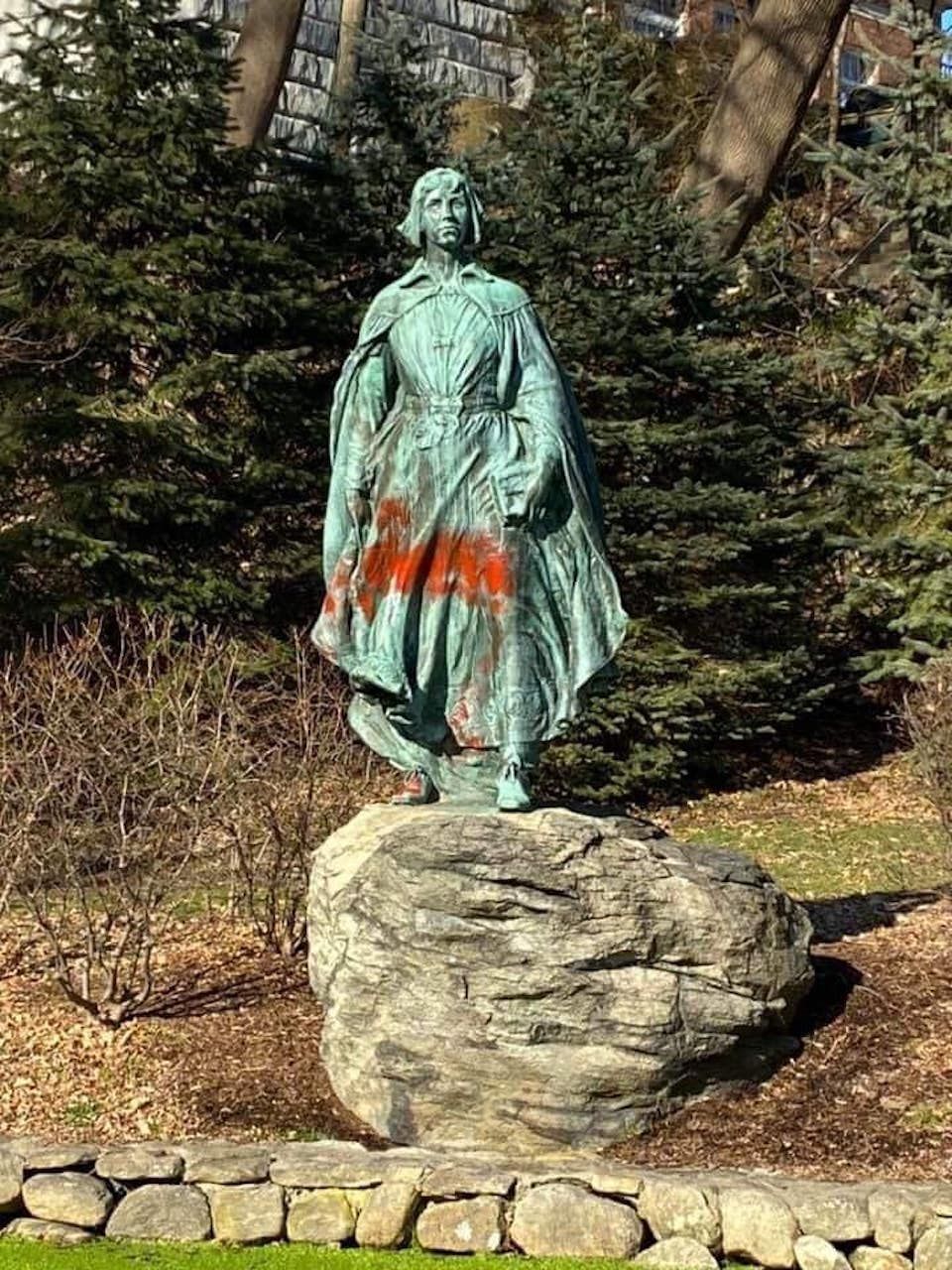 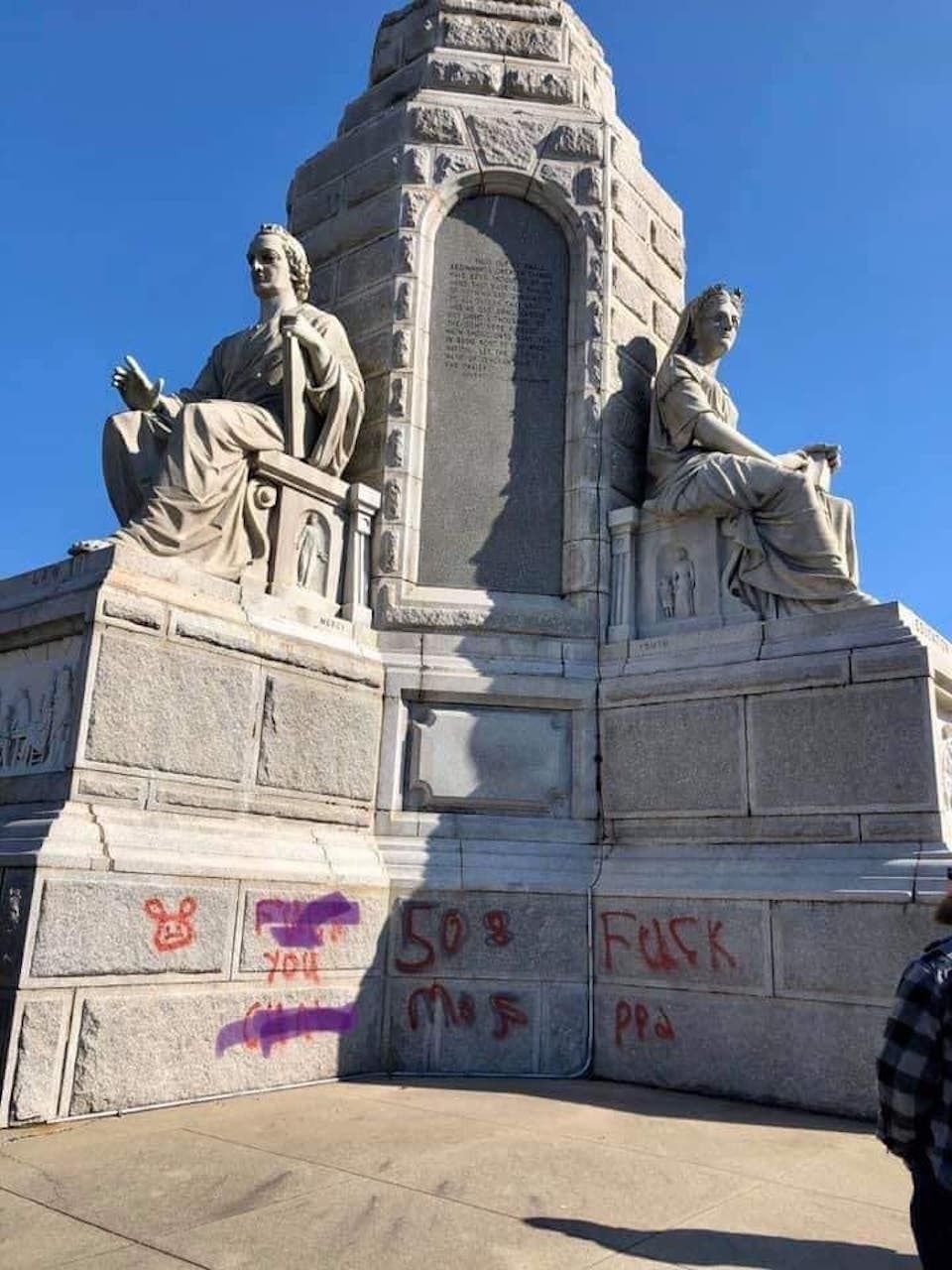 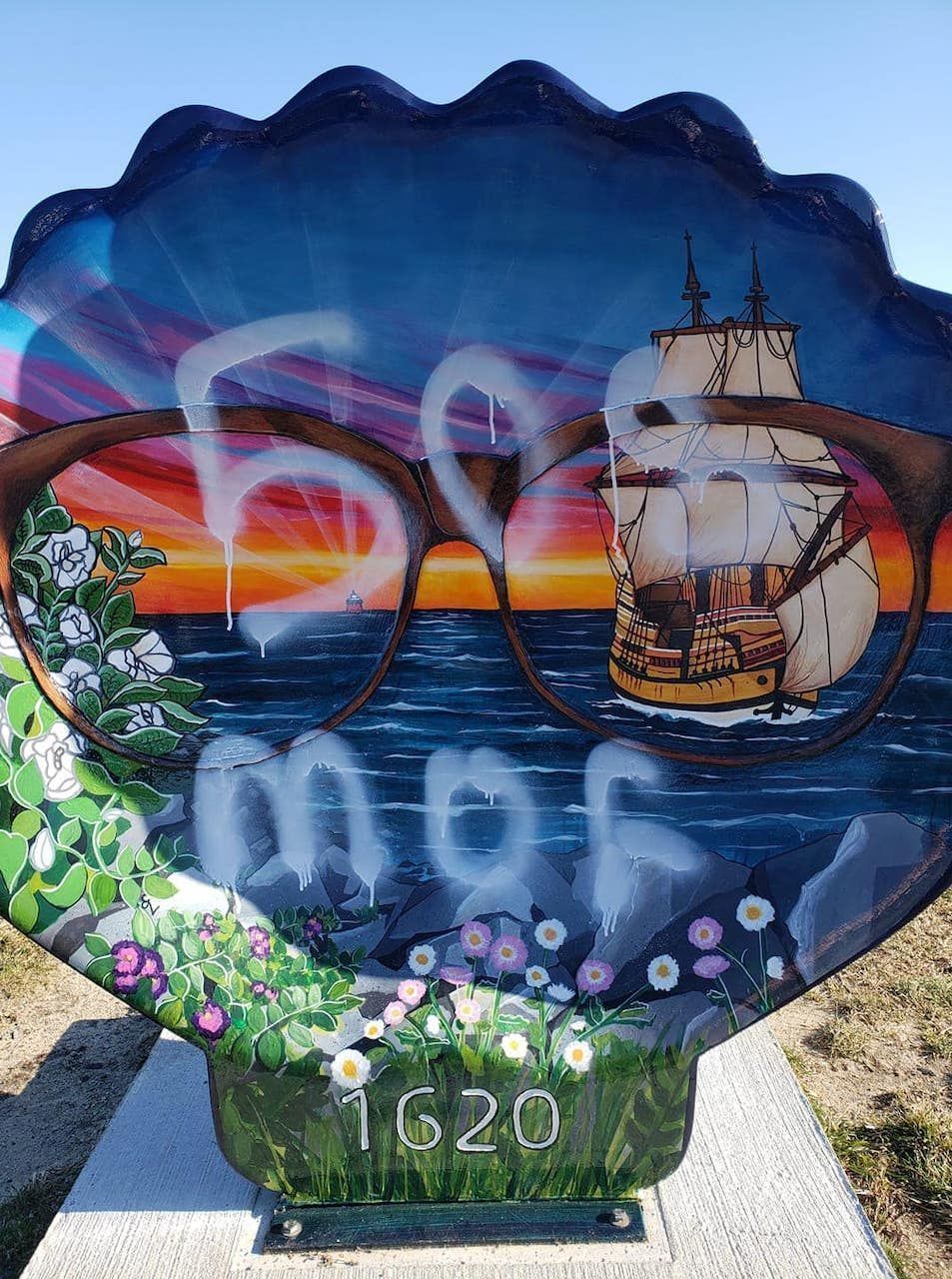 The rock was cleaned up by late Monday morning, but the town of Plymouth certainly isn’t taking the incident lightly and has launched a police investigation. Melissa Arrighi, the Town Manager, tweeted, “We are saddened and sickened by the recent vandalism in our historic town.”

We are saddened and sickened by the recent vandalism in our historic town. This is just one of our historic monuments that was hit. We will begin clean up as soon as possible and the police are investigating. pic.twitter.com/kQeTxO7sor

Lea Filson, the executive director of the See Plymouth tourism organization, echoed the town manager’s sentiment, expressing her disappointment in the vandals but also showing some optimism in the way the community has come together. “Seeing this type of disrespect or the historic reminders of the Mayflower story is both sad and unsettling,” she said. “The outpouring of concern and anger over the incident has been a positive ending to a thoughtless gesture.”

Despite the vandalism, the Plymouth anniversary celebration will go ahead as planned in late April.

Culture6 Historical Adventures and How To Conquer Them Today
Tagged
News
What did you think of this story?
Meh
Good
Awesome