Halloween is the most candy-obsessed holiday, but don’t sleep on Christmas. Between Christmas cookies, candy canes, eggnog, and gingerbread men, there’s plenty of treats to go around before your New Year’s resolution kicks in. Naturally, the burning question arises: which Christmas treat is the most popular? Unsurprisingly, it varies by state. Zippia used Google Trends to find out the Christmas treats eaten in disproportionate amounts by each state — looking at over 40 classic Christmas desserts — and distilled the findings into a map. 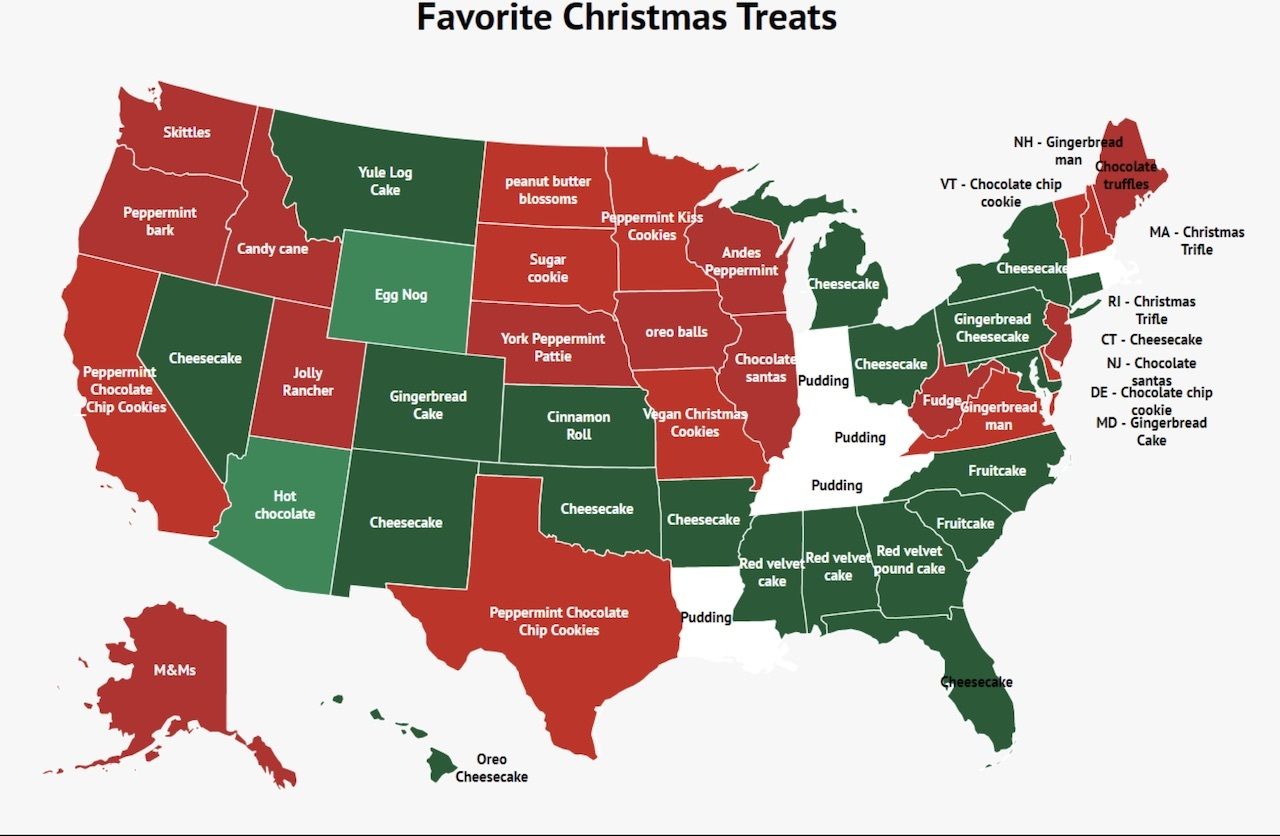 Surprisingly, cheesecake dominated in nine states, including Nevada, Ohio, and New York. Connecticut is particularly fond of gingerbread cheesecake. North Dakota is partial to peanut butter blossoms, which some of us definitely had to Google to learn what they were, while Iowa prefers oreo balls.

Other treats range from the conventional — like hot chocolate, candy canes, and gingerbread cookies — to the more unconventional like peppermint bark, Jolly ranchers, and vegan Christmas cookies (looking at you, Missouri). In an attempt to show up the rest of the country, Montana is a fan of yule log cake, which sounds like a dessert conceived by Santa Claus himself.

And you’ve gotta give props to Alaska and Oregon for not realizing Halloween is over and choosing M&Ms and Skittles, respectively.

Holidays9 of the Most Beautiful Christmas Trees From Around the World
Tagged
Food + Drink Holidays Maps + Infographics United States
What did you think of this story?
Meh
Good
Awesome