The Galapagos Islands take “snail mail” to a whole new level. In 1989, Peter and Varna Chadwick were on vacation in the Ecuadorian islands when they sent postcards to themselves at their home in Manchester, England, as a souvenir. The postcards didn’t arrive; however, last month, the home’s new owner, Kevin Thewlis, received them. He tracked down the Chadwicks, who now live in Stockton-on-Tees, to reunite them with their long-lost postcards. 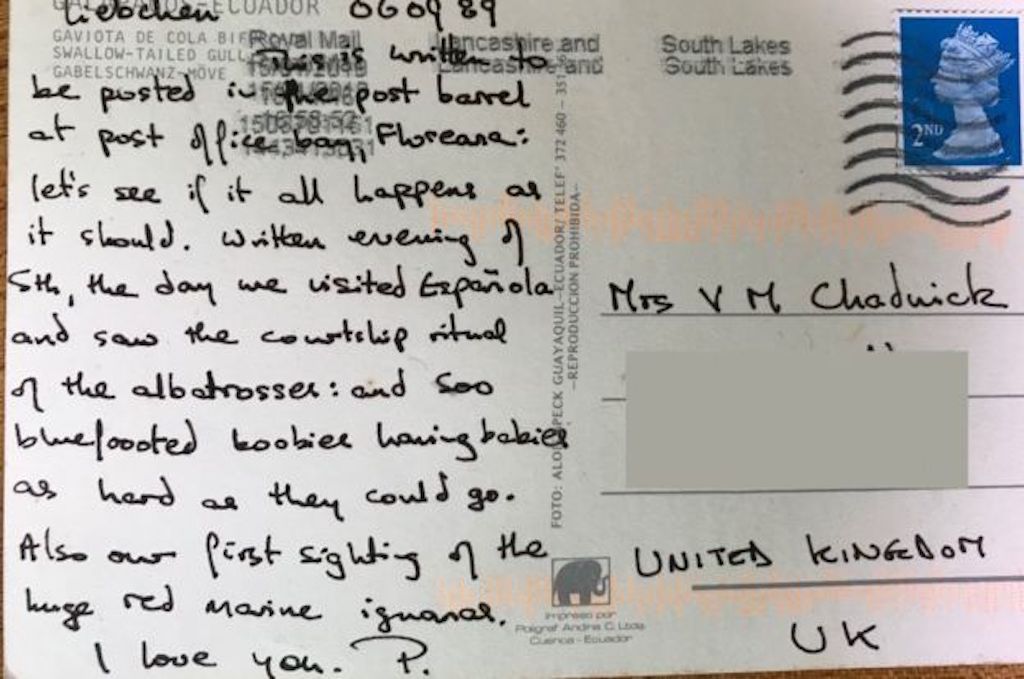 The cards had been sent via the Galapagos’ “barrel post” system, wherein the post is dropped in beachside barrels and picked up and conveyed to their next destination by islanders who happened to be heading that way. Peter Chadwick believes that although it took him 30 years to finally receive the postcards, they probably reached the shores of England years ago, and were probably delayed by mishandling. “Someone must have stuck them in a file intending to post them,” he told the BBC, “and then come across them 30 years later.” So much for “Royal Mail.”

The islands are known for their slow giant tortoises, but as the BBC points out, “even those tortoises, traveling at a typical speed of 0.16 mph, could have delivered the postcards faster.”

Beaches and Islands10 Things You Can Do in the Galapagos Islands Other Than Look at Tortoises
Tagged
News
What did you think of this story?
Meh
Good
Awesome