One of the best parts about traveling is the cultural exchange, dispelling your preconceived notions about other countries, and learning how people abroad view your homeland. Sometimes we take for granted how much other countries understand about our own geography. It’s not surprising to learn that most Britons get the various regions of the US mixed up, and conversely, Americans are famously guilty of not quite grasping the geography of the nations they’re visiting. On Reddit, there are several maps poking fun at this very phenomenon. Users are posting visualizations of other countries’ geography, according to the often erroneous notions of their own country. The results are kind of offensive but pretty entertaining. 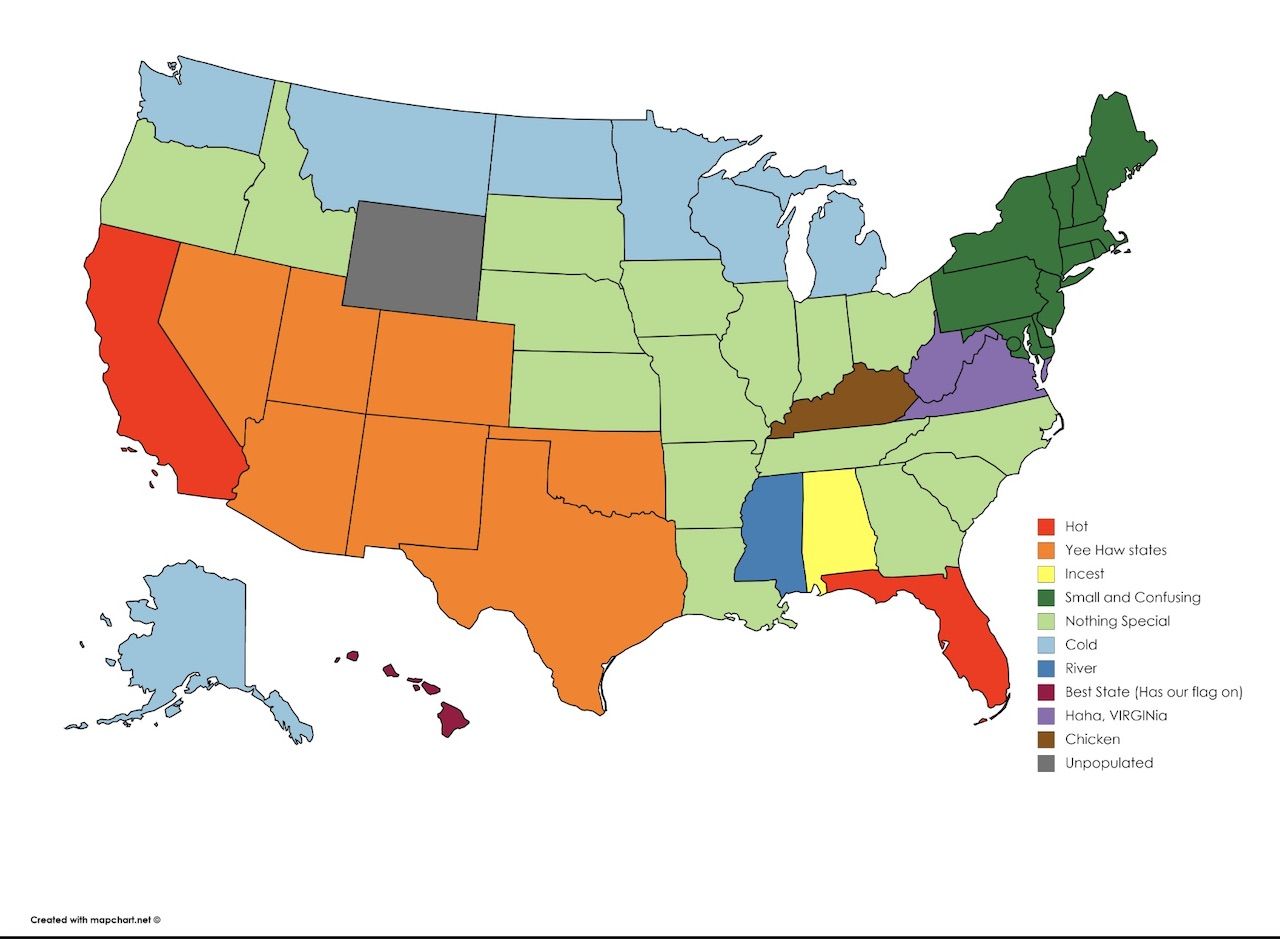 User DavidMcFarlanee posted a map of how British citizens see the US, and the map’s various geographic regions might sound a bit unfamiliar to the average American. New England is labeled “Small and Confusing,” much of the Southwest is termed “Yee Haw States,” and the Midwest is simply “Nothing Special.” 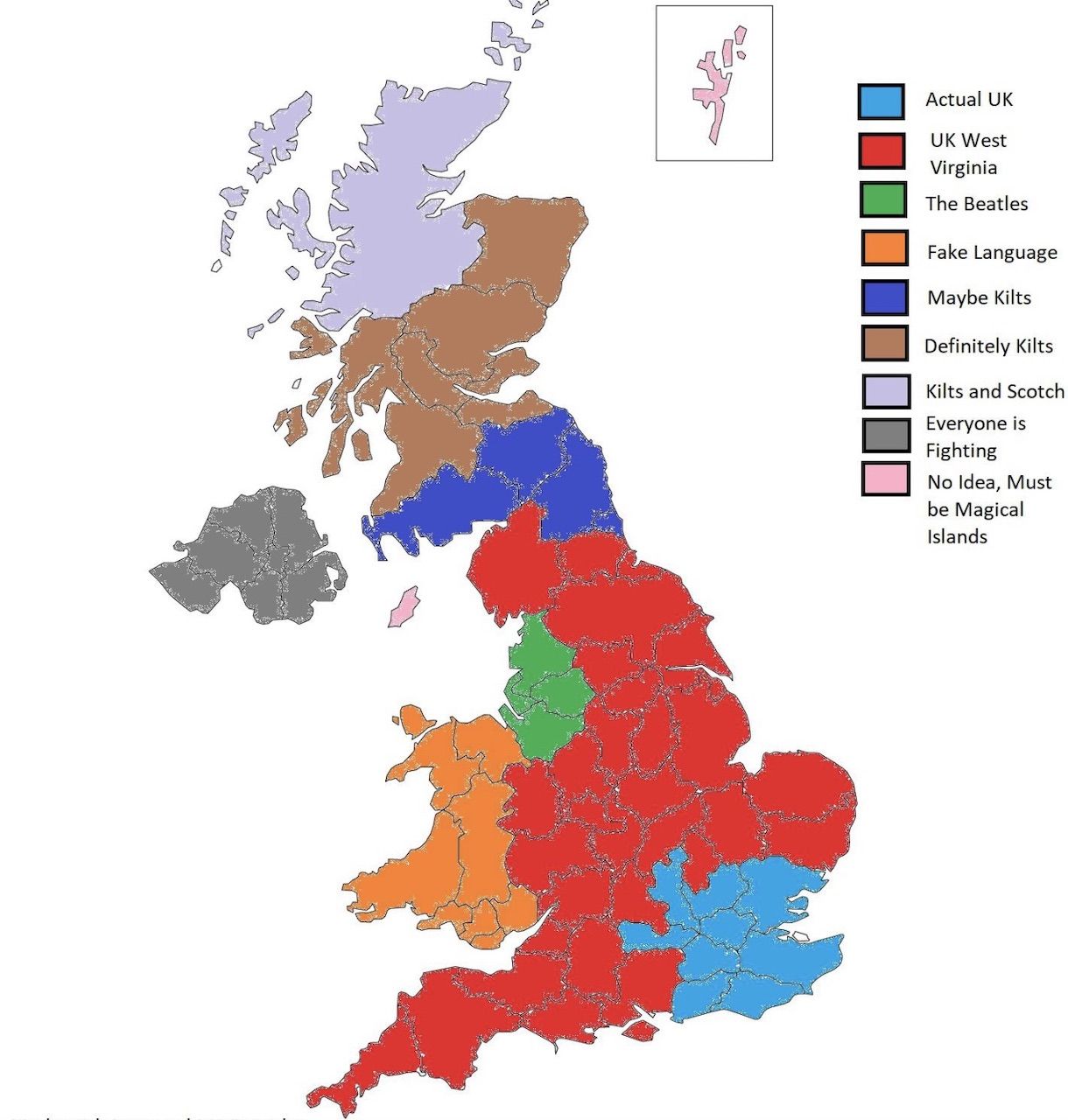 On the other side of the coin, user TheExtremeMidge posted a map of how a US citizen views the UK. Scotland is termed the land of “Kilts and Scotch,” Wales is described as, “No idea, must be fake language,” Ireland is simply “Everyone is Fighting,” and the northern Scottish isles are “No idea, must be magical islands.” 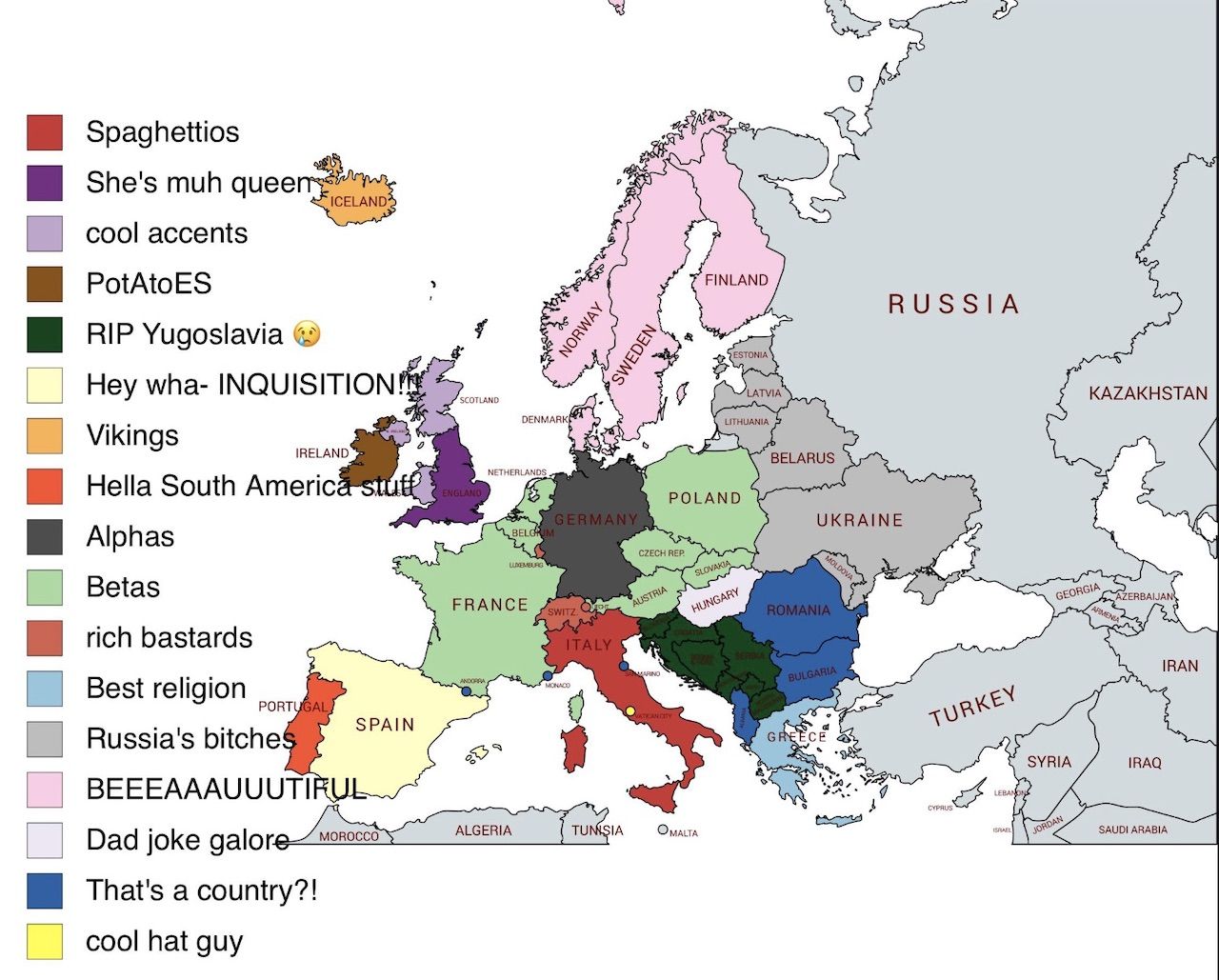 Americas might not have much luck correctly identifying parts of the UK, but maybe they’ll have better luck with Europe? Nope, not so much. This map, created by user uh-oh-spaghettios, paints a pretty interesting picture of the European continent. Switzerland is identified as “rich bastards,” Germany as “Alphas,” France as “Betas,” and the entire Balkan region as “RIP Yugoslavia.”

There are other amusing versions of the map, as well, like this “How a Swiss sees Europe” map, created by user throwawayi7685679. According to this Swiss citizen, pretty much all of Europe is classified as some version of “poor” except Norway, which is graciously acknowledged to be “fellow elite.” This particular map proves that your worldview truly is all about your point of reference.

Languages10 Common Mistakes Language Learners Make (and How To Fix Them)
Tagged
Maps + Infographics News
What did you think of this story?
Meh
Good
Awesome