The first great American road trip took place in 1903. That year, someone bet a Vermont doctor that he couldn’t make it across the country in an automobile (he did, along with a companion and a goggles-wearing dog named Bud). A lack of convenient places to eat, along with other inconveniences like proper roads, made it far from easy. But it only took a little more than half a century for the road trip to become a hallowed American past time. The road trip soared in popularity thanks to more roads, better cars, and a staple of Americana that came up right alongside the road trip: the fast food restaurant chain.

The fast food pit stop solidified its place on road trip itineraries in the 1960s. At first, all chains were regionally specific, but several chains quickly grew until they became the omnipresent option on the main roads across the United States. It’s rare to pass a large exit that lacks a Taco Bell, McDonalds, Subway, or Burger King. Yet while the biggest chains might be better known, the regional chains that stuck to their roots are perhaps best loved.

“Regional chains are just better,” says Adam Chandler, author of Drive-Thru Dreams: A Journey Through the Heart of America’s Fast-Food Kingdom. “They’re often privately held or family owned, which usually translates to smoother operations and a more pleasant overall experience. Also, the localized menu items are reflective of where you are, which adds character to the whole dynamic.”

Sure, a regional fast food joint isn’t a farm-to-table experience with location-specific ingredients, but it can still unwrap a little of what drives each part of the country’s tastes. A Fat Burger instead of a Burger King, for example, or a Bojangles’ instead of a KFC. Of course, there are similarities across the board when it comes to fast food — meat-centric, fried, plenty of potatoes — but the slight variations are what builds a passionate regional fan base a la In-N-Out or Whataburger. 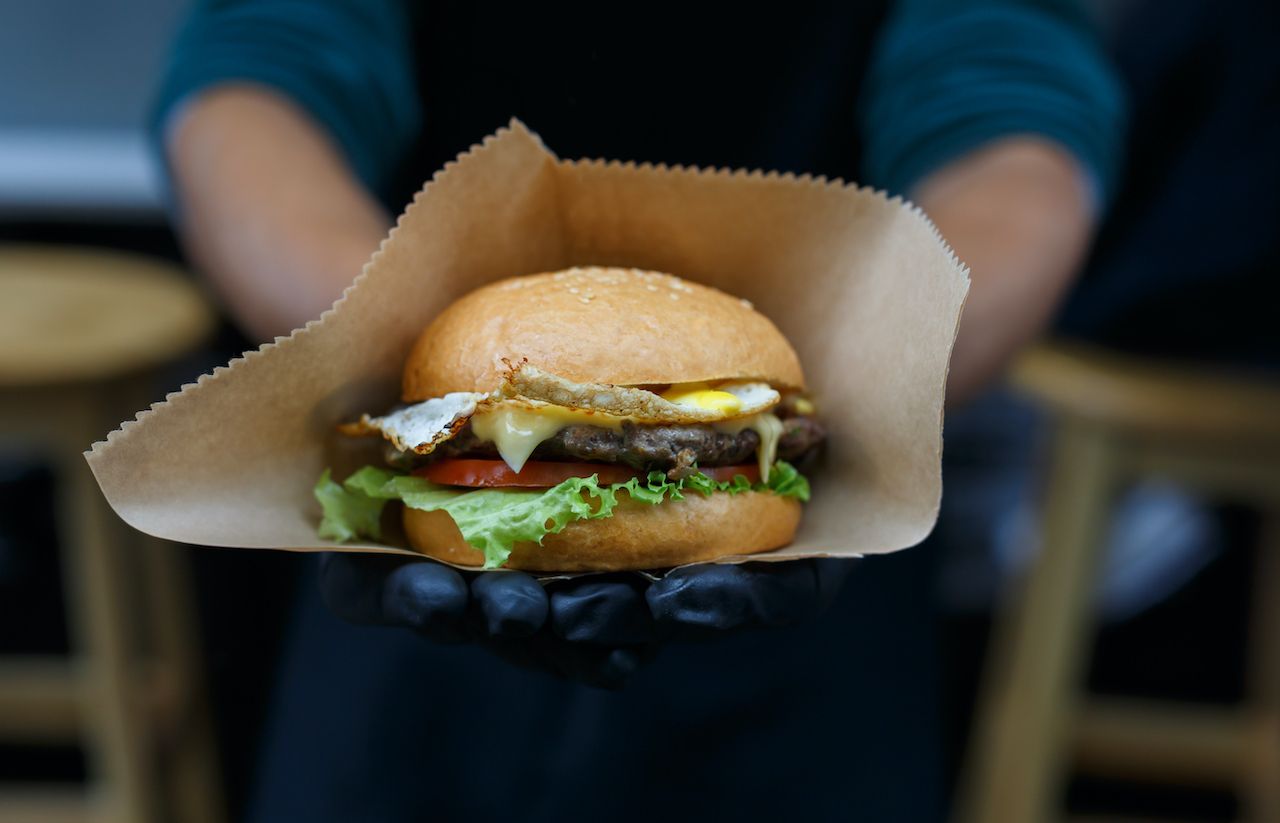 Some regions are luckier than others when it comes to regional fast food options.

“Between In-N-Out, Del Taco, Jack in the Box, Fatburger, and all the donut chainlets, California and the West make a strong case for the best regional fast food,” Chandler says. When picking the best region in the US for fast food, though, there’s another winner in his eyes. “I have to go with the Southeast though. There’s something special about what Bojangles’, Cook Out, Chick-fil-A, Biscuitville, and Krystal all do that don’t get enough credit.”

Many people are only familiar with the bigger national chains because, well, they’re more widespread. But for every large chain, there’s a regional option to try. Fans of Taco Bell, myself and Chandler included, might try Del Taco, a Western chain started by a lieutenant of Taco Bell founder Glen Bell that’s known for putting just about everything from burgers to carne asada fries to burritos on its all-encompassing menu. In the Midwest there’s Taco John’s while in Texas and the rest of the South you’ll find Taco Cabana and Torchy’s.

Despite the joys of Taco Bell and its regional counterparts, the fast food burger reigns king over drive-thru menu options.

“I think the strength of a burger is the standard by which all American food should be judged,” Chandler says. “And between steak burgers, smashed burgers, backyard burgers, mighty colossals, loose-meat burgers, pub-style burgers, and sliders, there are endless compelling variations on the theme.” He also adds, “If I’m 170 miles from wherever I’m headed, there’s nothing more fortifying than a basic fast-food cheeseburger. It’s cheap, familiar, uncomplicated, and it won’t ruin the rest of your drive.”

Whatever your menu item preferences, take a break from the national chains and seek out a regional outpost on your next road trip. You might just find a new favorite. 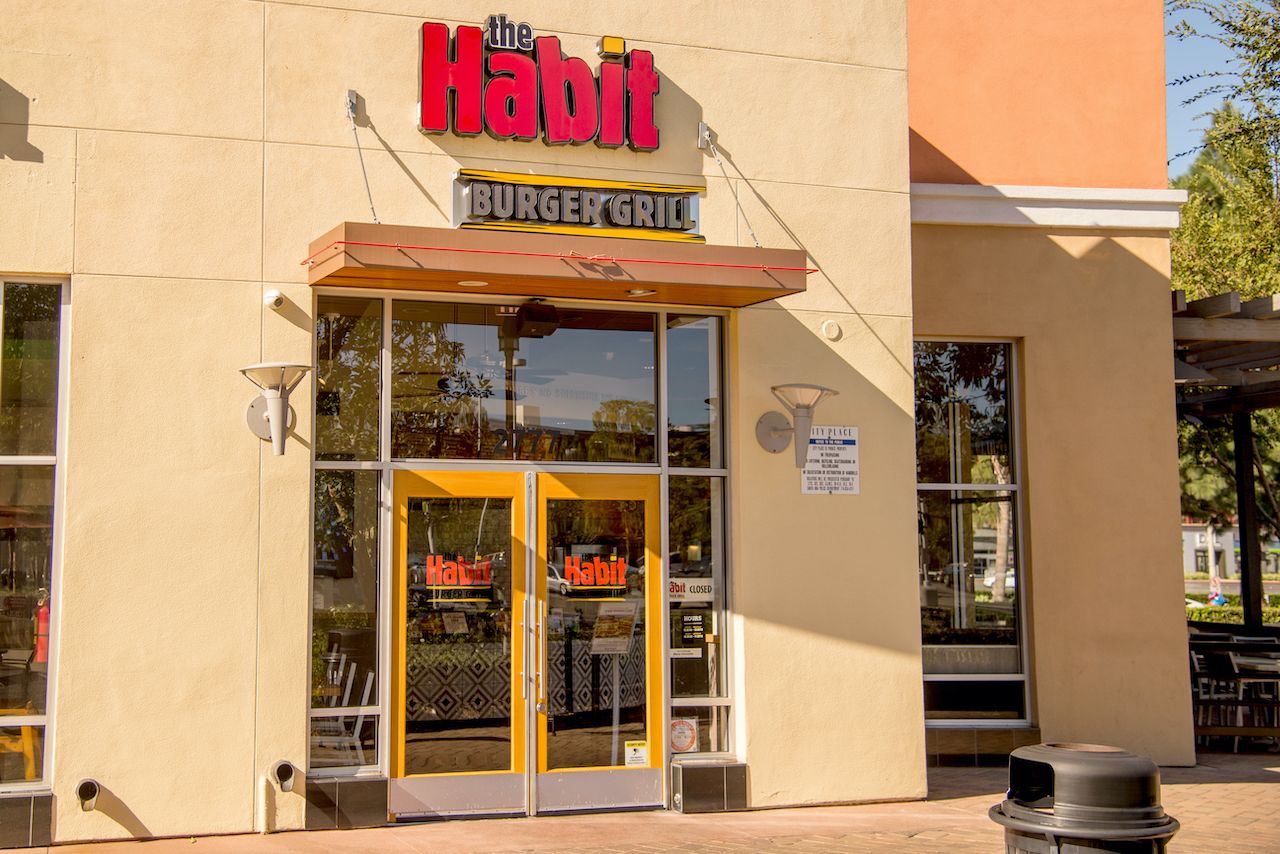 The West is primarily known for In-N-Out when it comes to burger chains. People are wild about these simple burgers, as evidenced by the mass speculation that ensued when a lone In-N-Out burger appeared on a street in the Queens neighborhood of New York City. If you’re on the road in the West, opt instead for The Habit. If In-N-Out can be compared to McDonalds, The Habit is Burger King. The burger chain is centered in California and built its reputation on the char burger. The teriyaki char burger oozes umami flavor while the Santa Barbara char adds a classic California twist: avocado and grilled sourdough bread. The Habit has a pared down and simple menu like the best regional chains, so the picks are easy. Be sure to order a malt or milkshake at the end for a well-rounded meal. 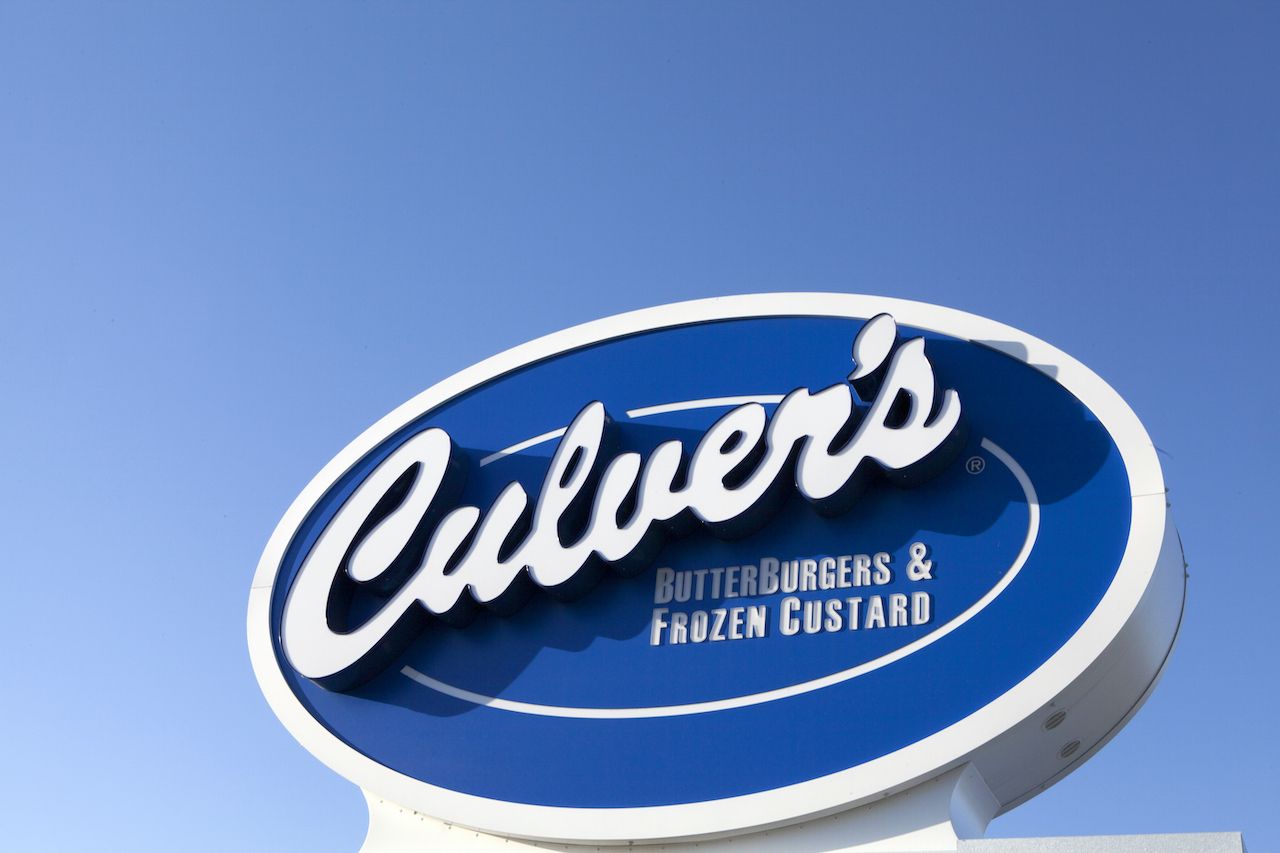 Culver’s lacks the name recognition of the fast food burger joints like Shake Shack and In-N-Out on either coast, but that doesn’t make it any less notable. It started in Wisconsin and is regionally famous for its burgers on buttered buns, cheese curds using Wisconsin dairy, frozen custard, and proprietary root beer recipe. But Culver’s bread and butter (or in Culver’s case, butter on the bread) is the classic burger. Need more reasons to make a Culver’s stop? It was listed as the third most-loved fast food chain by the industry publication Restaurant Business. 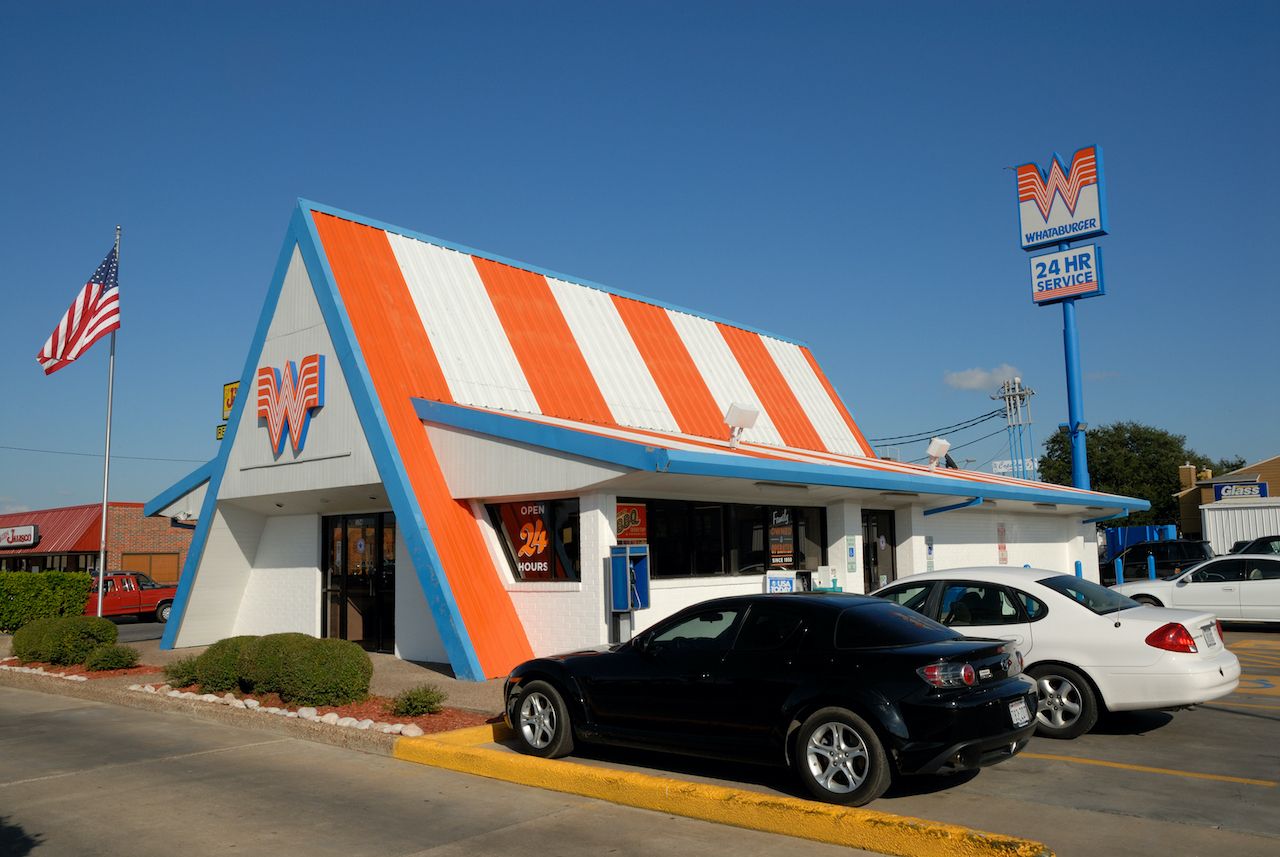 Few fast food chains inspire as much regional pride and passion as Whataburger. The Texas-based chain is easily spotted by its orange and white flying W logo. While Burger King may have taken the “have it your way” motto, Whataburger lets you order literally however you want — there are famously more than 36,000 ways to order a Whataburger. Each is Texas-large regardless of the toppings you choose.

“As a native Texan, I have to say Whataburger [is my top regional fast food chain] or it won’t be safe for me to visit home,” Chandler says. “Plus, they have awesome breakfast that you can get late at night, very solid burgers, and great seasonal sleeper picks like Dr. Pepper Shakes and Monterey Melts.”

After burgers, fried chicken is the reigning fast food category. It makes sense: Fried chicken is easy to make consistently, holds up well to travel, and is absolutely delicious. And while there’s no shortage of quality fried chicken spots in the South, Zaxby’s is the one you don’t want to miss. Every piece of Zaxby’s fried chicken is juicy and crisp all at once, and it’s crucial to dip it in one of the 15 sauces for the full experience (the tangy, mayonnaise-based Zaxby’s sauce is a must). The only downside is that the brand can’t stop adding the letter z to words where it doesn’t belong, like “zalads” and “fingerz”. 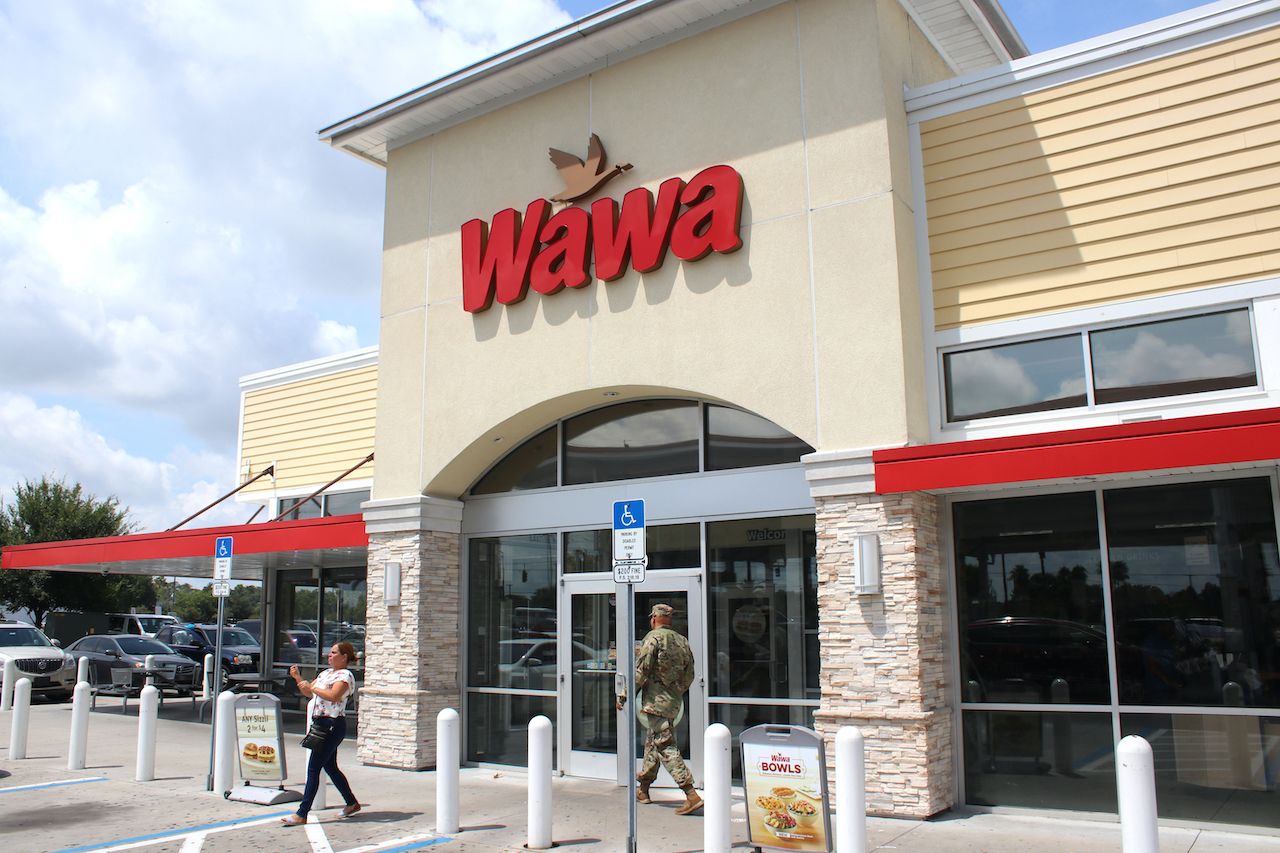 Technically, Wawa is a gas station convenience store. Don’t let that stop you from eating its famous hoagies and sipping its equally famous coffee, though. The Pennsylvania-based chain is so loved that it inspires headlines like “Wawa Isn’t Just a Convenience Store, It’s a Lifestyle.” Plus, since Wawas are already in gas stations, it’s the most convenient road trip fast food around for anyone who is a fan of made-to-order sandwiches. The rest of the country can keep its Subways and Quiznos. In the East, there’s nothing that compares to Wawa.

Road TripsWhat It’s Like To Drive Cross Country During the Pandemic
Tagged
Restaurants + Bars Road Trips United States
What did you think of this story?
Meh
Good
Awesome