“Spring Break Iceland!” isn’t exactly a T-shirt you’d expect to return from vacation with. Spring breakers tend to favor warm climates in places like Daytona Beach, Florida or Cabo and Cancun, Mexico. But don’t follow the masses and limit yourself to warm-weather destinations. Instead, venture into colder climates to avoid the crowds, spend less money, and take in all the beauty and fun winter weather lends. Whether you’re a college kid looking to blow off some steam during the mid-semester break, or a full-fledged adult planning a well-earned trip, these are the cold-weather destinations for a great Spring Break 2022. 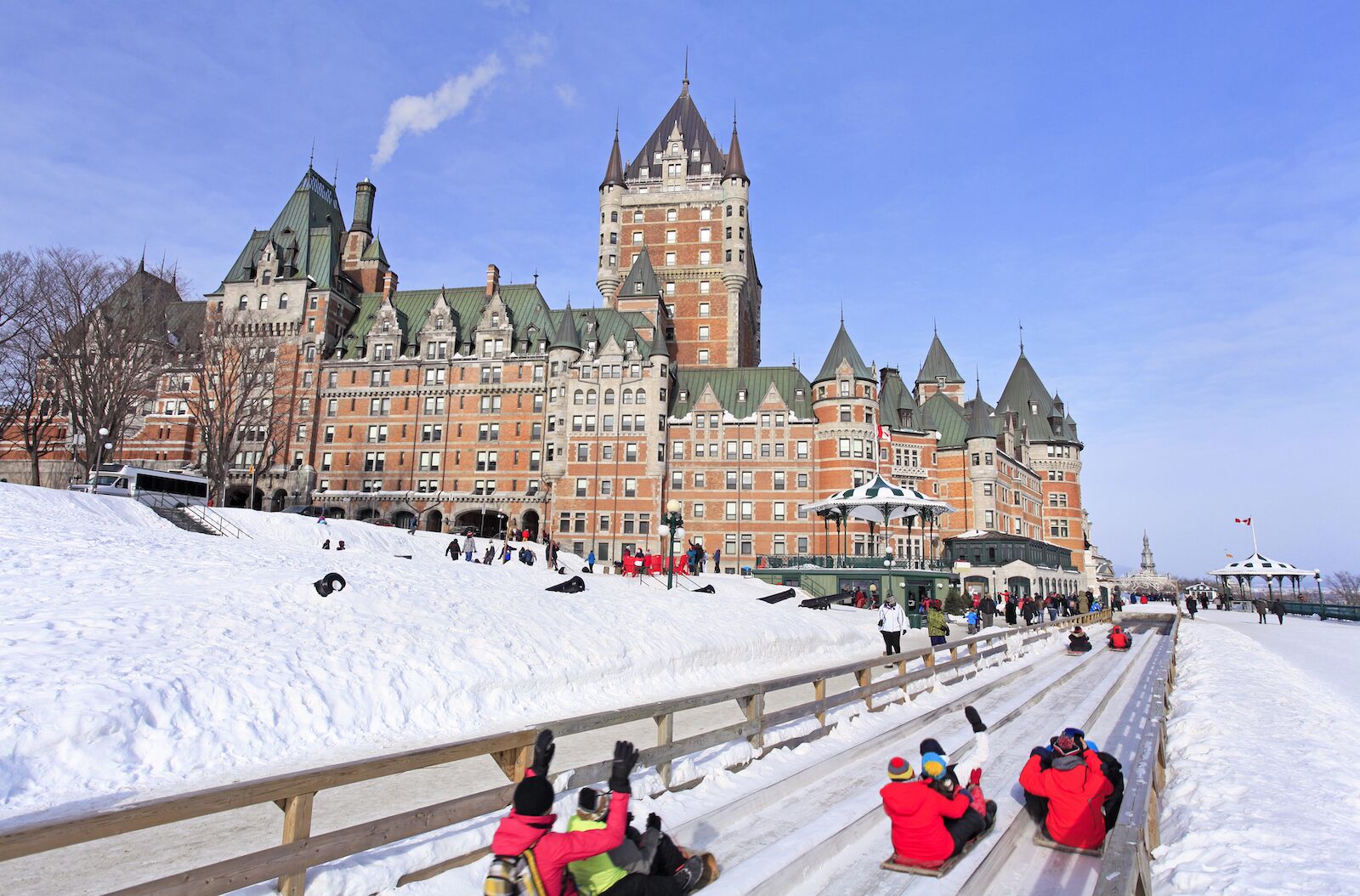 Just an eight-hour drive from New York City, Quebec City is a little taste of Europe in North America, with its historical buildings, narrow cobbled streets, and the impressive Château Frontenac towering over the St. Lawrence River. And, of course, Quebec City is particularly magical in the winter, when the river freezes and snow settles on the cobblestones.

Apart from simply enjoying the bistros, cafes, and independent shops along the snowy streets, you can check out the ice rink erected in the center of town every winter, or the ice toboggan in Old Quebec. Brave the toboggan, and you’ll find yourself flying past the Château Frontenac with views of the river. There’s also the Plains of Abraham, a historic park with areas for cross-country skiing, snowshoeing, and yes, more skating. If you’re a skier, try out the newly opened Club Med Quebec just 90 minutes away from Quebec City.

You can also embrace the brisk weather by stripping down and taking a dip in one of Spa Eastman’s huge outdoor hot tubs. Two hours south of the city, the spa is set on 350 acres of peaceful land, and perfect for those looking for a Spring bBeak 2022 defined by wellness rather than partying. If partying is your objective, however, look no further than the Grande Allée, a street in the heart of Old Quebec known for its nightlife. 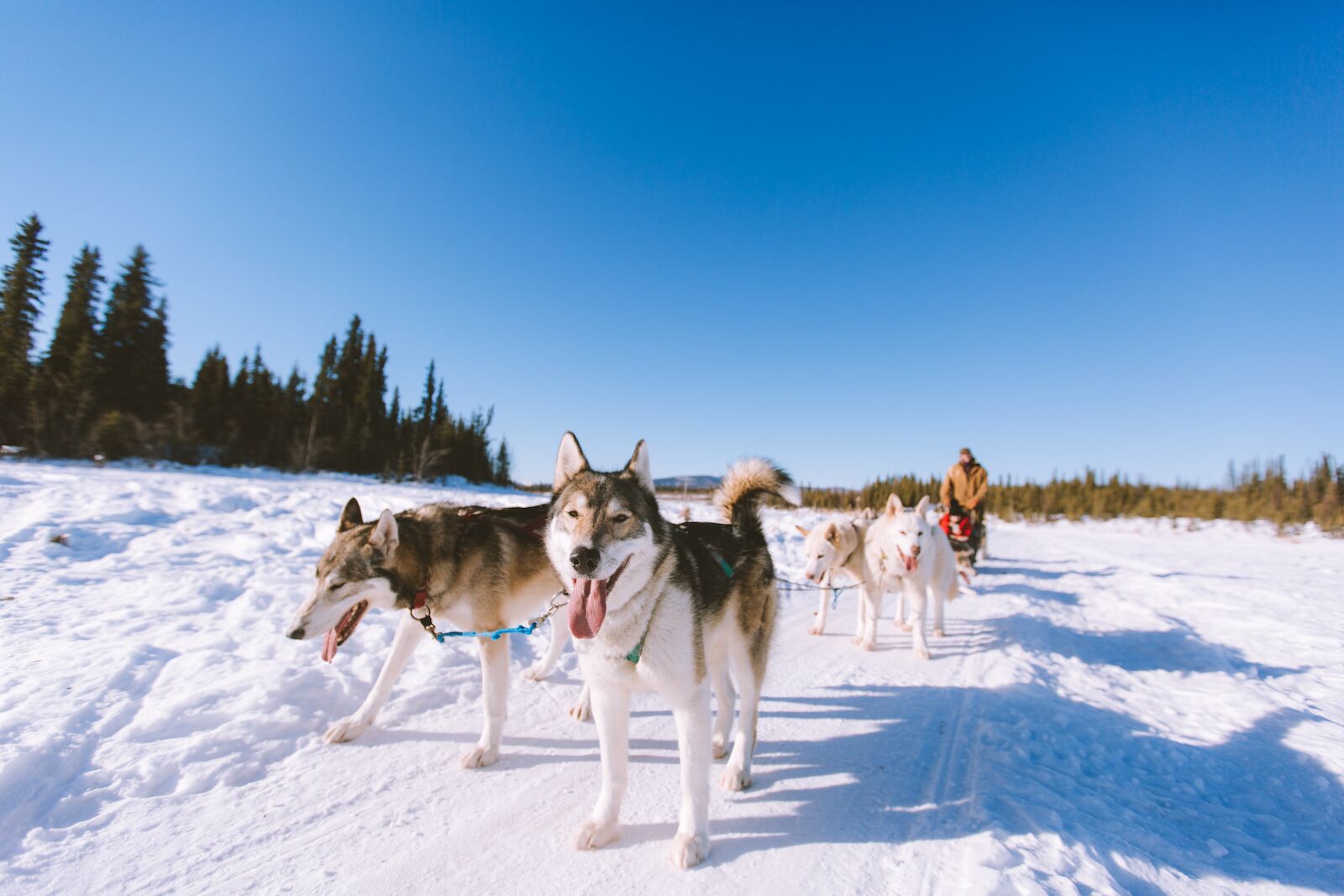 If you polled Americans for a power ranking of “the best US states for spring break,” Alaska would probably come in dead last. This dark horse, however, is actually one of the best spring destinations.

Fairbanks’ northerly latitude means spring is the perfect time to see the northern lights. Between August and April, the sky is darkest and the lights are on full display. It’s tough to predict exactly when the aurora will be visible, but the best way to view them is undoubtedly at Aurora Pointe — a small building atop a lonely hill, purpose-built for giving people a way to gather and see the lights. Just 20 minutes from town, Aurora Pointe is far enough from light pollution to give you a clear view of the sky. There’s also coffee, board games, and a warm communal atmosphere, all of which you’ll certainly need as you patiently wait for the lights to appear.

You can’t really visit Alaska during the snowy season without taking full advantage of the wintry fun. Rod’s Alaskan Guide Service in nearby North Pole offers dog sledding trips, snowmobile tours, and ice-fishing experiences. You can even combine them, setting out from Rod’s wooded cabin by snowmobile and stopping at a frozen lake to hunt for rainbow trout and arctic char.

Cap off your Alaska adventure by relaxing at Chena Hot Springs, a geothermal day spa perfectly-suited for the winter Alaska traveler. Here, you can take a dip in the outdoor or indoor hot tub, soak in the restorative waters of the geothermal Rock Lake, or treat yourself to a massage. There’s also an upscale restaurant on site that grows its own vegetables in a greenhouse just outside. 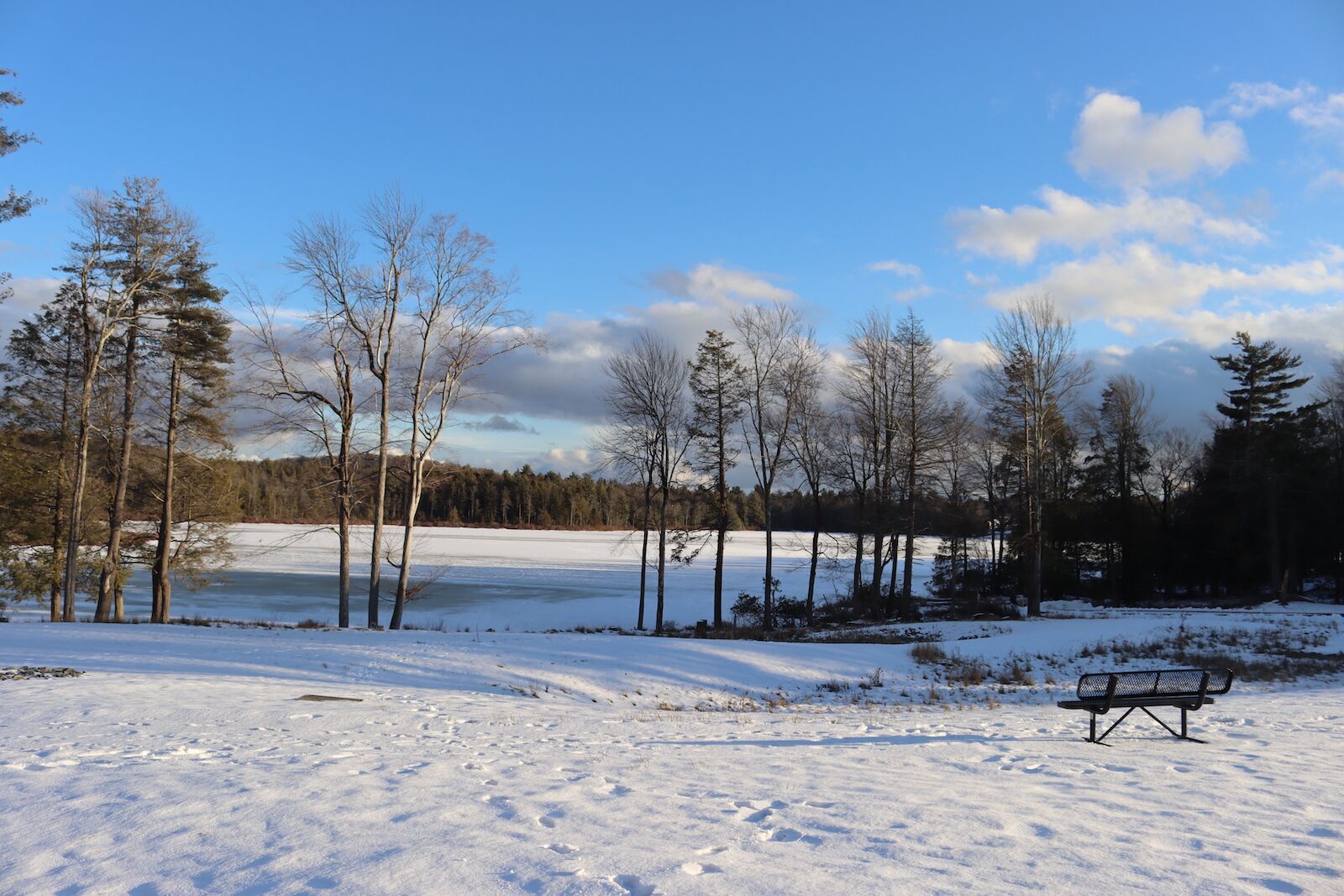 Photo: The YO1 Health Resort

If you want a Daytona Beach-style Spring Break 2022, complete with body shots and all nighters, Monticello, New York isn’t for you. If you’re looking for a more relaxing, wellness-oriented trip, however, this unassuming town in the Catskill Mountains is right up your alley.

The town might be home to just over 6,000 people, but it’s known for its huge spa sitting on over 1,300 acres of mountain land. The YO1 Health Resort offers customized, holistic treatment regimens, including head massages, Swedish massages, and acupuncture, designed to address a range of health concerns.

Apart from the spa, there are plenty of other ways to decompress in Monticello after a long winter. Thompson Town Park has several hiking and cross-country skiing trails, and the town is also home to a number of small lakes for fishing and canoeing. Kiamesha Lake, in particular, has two nature trails — Schiff and Peenpack — that are perfect for admiring the local flora, and even campsites for the truly adventurous. 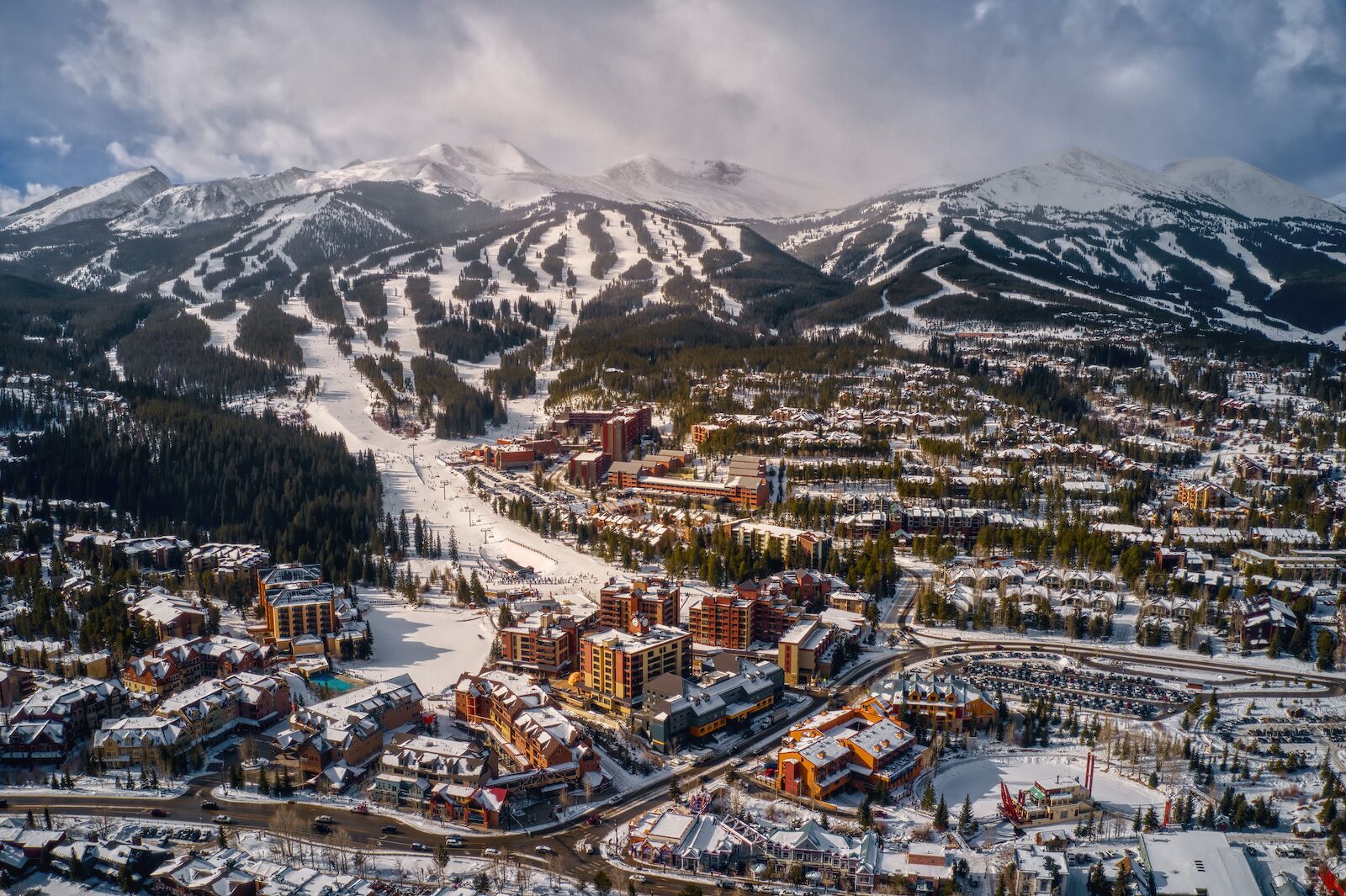 It doesn’t take much convincing to get a group together for a Colorado ski trip. Known for having some of the softest snow and most epic runs in the US, many of Colorado’s mountains are bucket-list destinations for skiers and snowboarders. Breckenridge, just over an hour southwest of Denver, is one of the most popular ski destinations in the state, and the spring conditions are arguably even better than winter.

Breckenridge has over 180 ski trails, the tallest chairlift in North America – the Imperial Express Superchair, climbing 12,840 feet. Breckenridge is more than just skiing, though. Whether you’re snowshoeing or hiking, there are hundreds of trails in the area, with the White River National Forest covering over two million acres. You don’t have to stray far from town to take advantage of it, either. The Carter Park Trail and Burro Trail can be accessed right at the base of Peak 9, right near the town center.

Because it wouldn’t be spring break without a healthy (or perhaps unhealthy) helping of alcohol, be sure to check out Breck’s apres ski scene – even if you’re not skiing. Breckenridge Brewery, the third oldest in the state, has been a town staple for decades. If you want something a little stronger, head down the street to the Breckenridge Distillery, which specializes in bourbon whiskey. 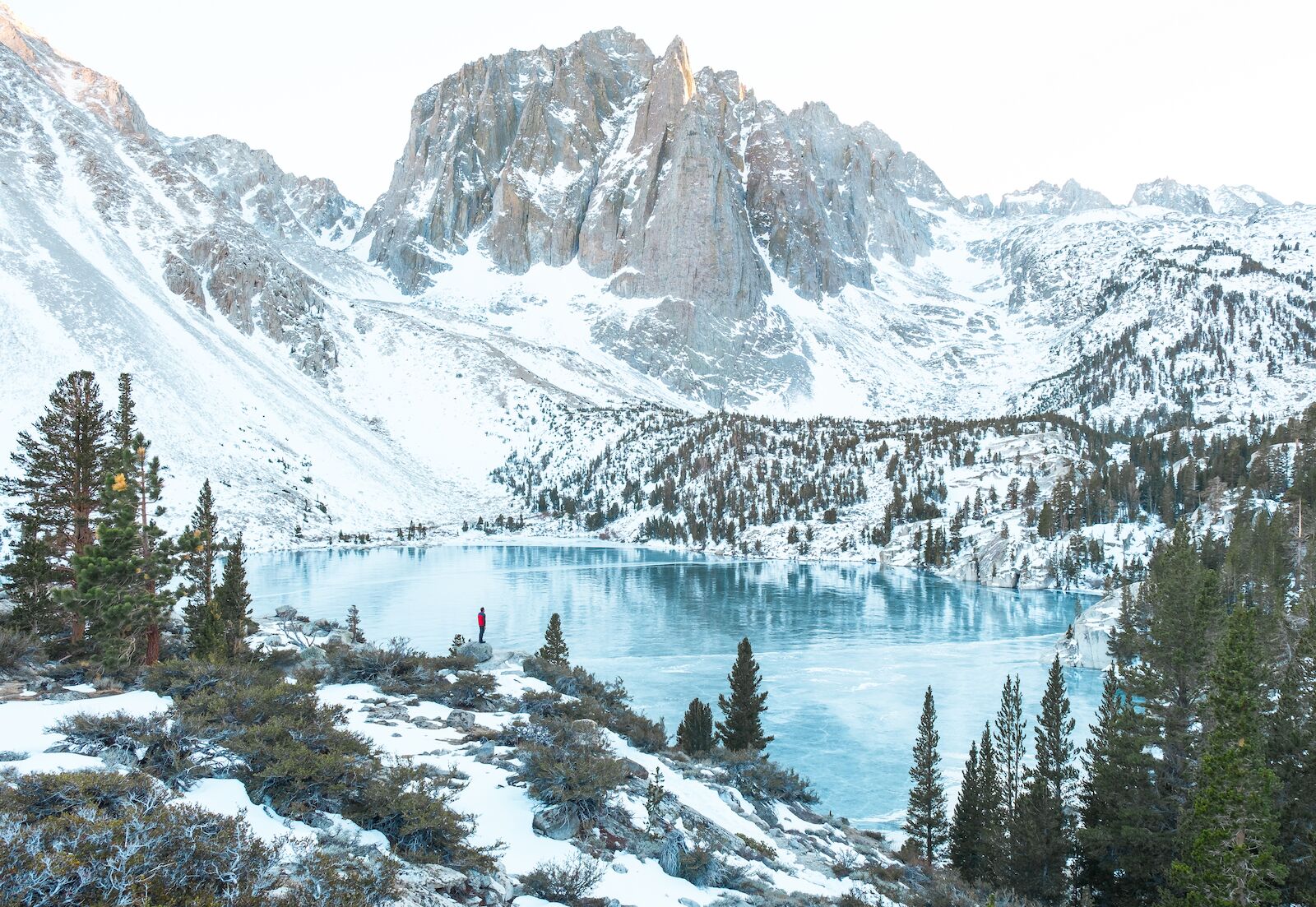 Non-Californians often forget that it actually does snow in The Golden State. The town of Mammoth Lakes in Northern California, is home to Mammoth Mountain, a popular ski destination that often stays open through June. This means that unlike many other ski resorts, which may be in the midst of a crowd rush before closing their doors for the season, spring in Mammoth doesn’t mean vying for chairlifts with hordes of other people.

Apart from the mountain itself, you can go cross-country skiing and snowshoeing at the Tamarack Cross Country Ski Center. With a network of groomed Nordic trails past historic cabins and beautiful alpine lakes, this forested area is perfect for both families and groups of friends. The center also rents Nordic skis and snowshoes, and offers guided tours through the forest.

Fat biking is another popular Mammoth activity. Wave Rave Snowboard Shop rents them out to visitors, making it easy to visit both the town and surrounding forest trails — especially in the snow. One of the most popular routes extends from the Main Lodge to Minaret Summit, where you’ll get the best views of the area. Tamarack Lodge to Lake Mary is another scenic out-and-back route. 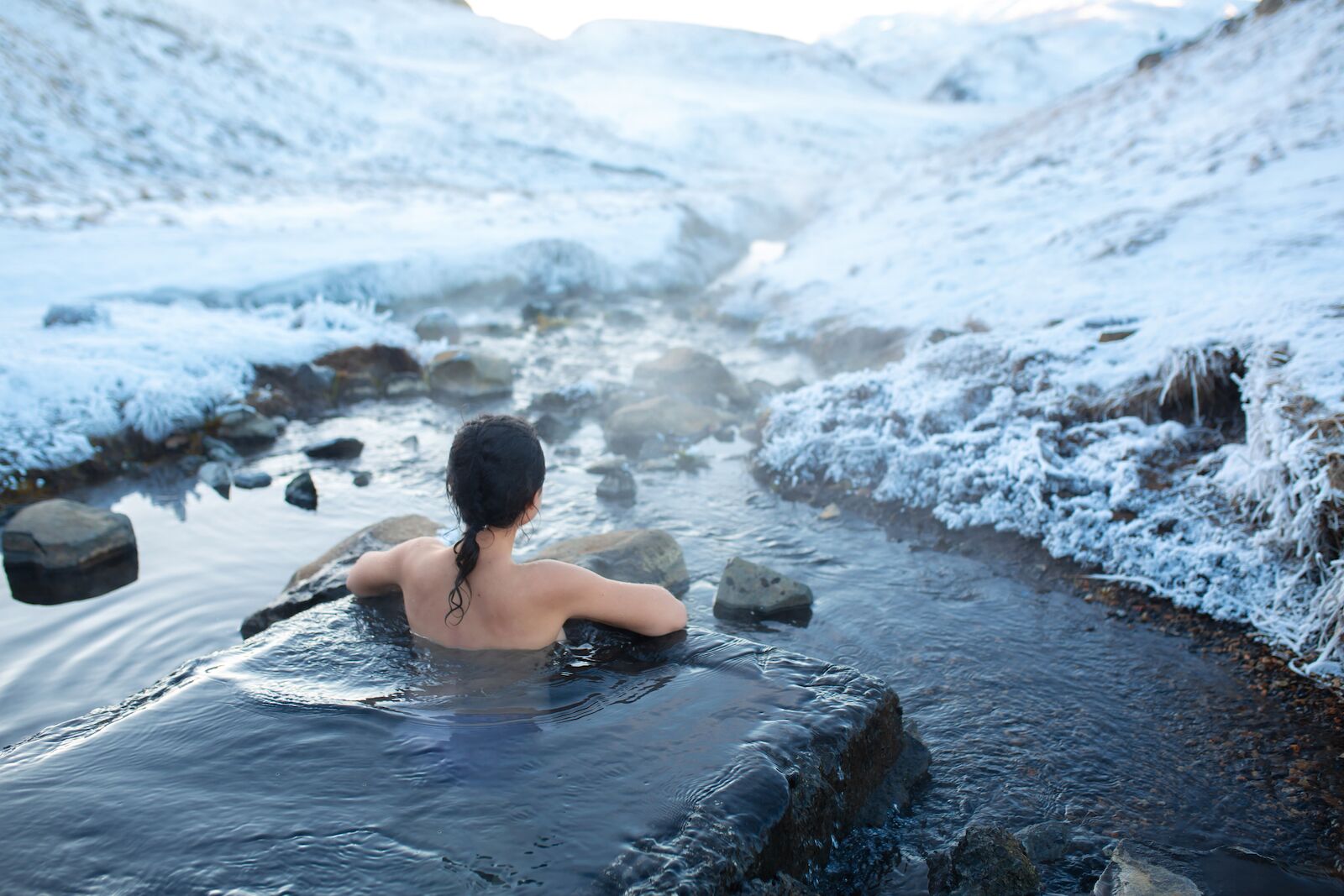 Iceland is a country of extremes. Visit Iceland in winter, and you’ll get very little daylight, frigid temperatures, and highways that may be difficult to navigate. Visit in summer, and the sun hardly sets at all, and while the highways are in better shape, you’ll be sharing them with throngs of like-minded tourists. That’s what makes spring the perfect time to visit.

Everyone knows Iceland for its waterfalls, fjords, mountains, and lunar landscape, but what about its puffins? In spring, puffins migrate back to the coast of Iceland, primarily residing in the Westman Islands, Latrabjard cliff in the Westfjords, and on the south coast. Seeing a thriving puffin colony is one of the most memorable wildlife experiences you’ll ever have.

With road conditions more favorable than during the winter months, you should have no trouble renting a car and traveling the Ring Road — the highway that circles the country. The road brings you past some of Iceland’s natural wonders, including waterfalls, black-sand beaches, canyons, geysers, and natural hot springs. And since you beat the summer rush, you won’t have to elbow through a dozen others all trying to capture the exact same photo.

Iceland isn’t all outdoor adventure, either. The nightlife in the capital of Reykjavik will not leave you wishing you’d booked a trip to Cancun instead. Most of the city’s nightlife centers around Laugavegur, the city’s main shopping thoroughfare. The strip of bars here are largely free to enter, and with no lines, it’s the perfect city for bar-hopping. 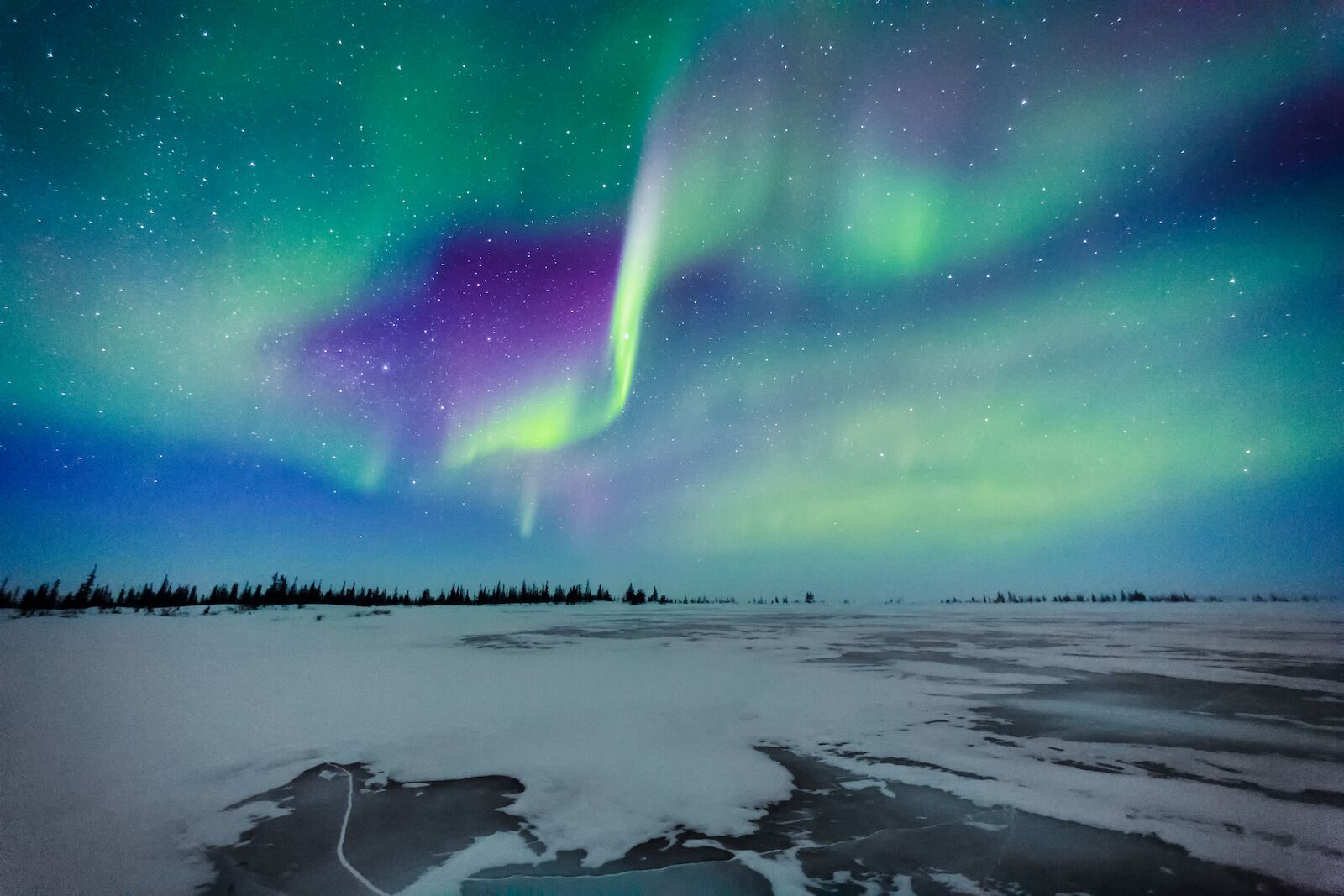 In Churchill, Canada, there are only three seasons: whale watching season, polar bear season, and aurora season. Spring is aurora season, and it’s Churchill’s most underrated. This small town in Northern Manitoba, on the shore of the Hudson Bay, is known as the Polar Bear Capital of the World thanks to the migration of hundreds of polar bears each fall. There’s more to Churchill than just bears, however.

There are plenty of ways to see the northern lights in Churchill. You can remain indoors at the Churchill Northern Studies Centre and watch the display through the aurora dome, or sign up for Nights Under Lights with Nanuk Operations. They’ll set you up in a yurt in the middle of the boreal forest for a truly intrepid experience.

Since the Churchill snow won’t be melted by spring, set aside some time for a dog sledding tour. Wapusk Adventures is an Indigenous company offering epic dog sled tours through the tundra. And if you happen to be visiting in mid-March, make sure to watch the Hudson Bay Quest — an annual dog sled race that’s a sight like no other.

Getting all the way up to the northerly reaches of Canada might sound like a hassle, but it’s actually easier than you might think. First, make your way to Winnipeg, the capital of Manitoba. From here you can either take a two-and-a-half hour flight to Churchill courtesy of Calm Air International — there are several per week — or by train with Via Rail Canada. The scenic train journey starts at less than $200 and could be an entire vacation in itself since it takes 48 hours to reach Churchill.

National ParksThe Most Beautiful Frozen Waterscapes in the US To Witness This Winter
Tagged
Ski & Snow Travel Wellness Iceland Quebec, Canada Fairbanks, AK, United States
What did you think of this story?
Meh
Good
Awesome