For a long time now, Montreal has been the dominant destination in Eastern Canada for New Englanders, whether it’s been for a best friend’s bachelor party, a long summer weekend away with some friends, or a romantic getaway. After all, it has a great nightlife, a beautiful old town, and a European vibe that seemingly transports you right out of North America. While Montreal certainly has its merits, many people overlook its neighbor to the northeast. Quebec City is under three hours from the Vermont border, and rivals Montreal in atmosphere, food, history, and nightlife. It’s not as busy as Montreal and you probably can’t get poutine at 4:00 AM after a night out, but you won’t care. Quebec City is easy to navigate on foot, has a legendary bar scene, and feels like a French village within Canada. Here’s why Quebec City is keeping Montreal on its toes. 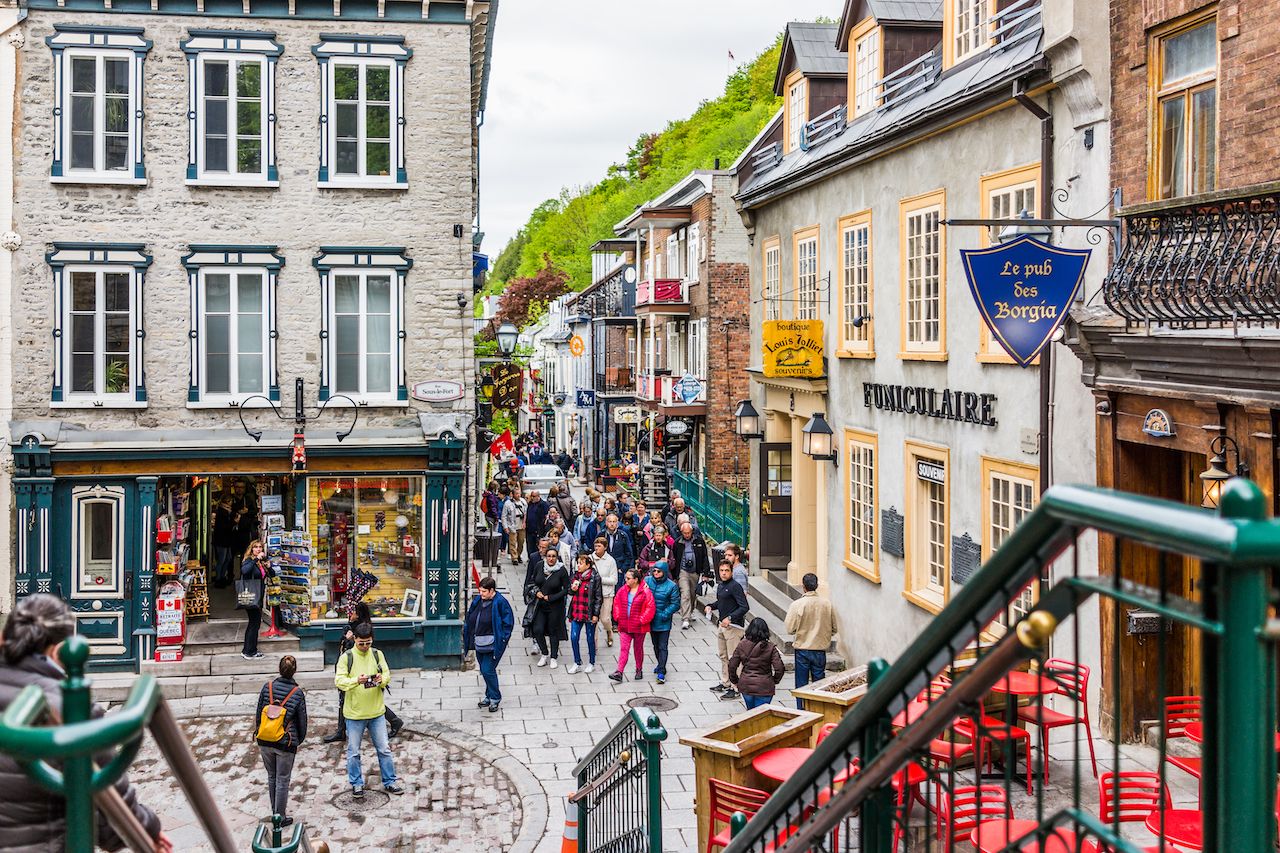 While the cobbled streets and port promenades of the tiny sliver that is Old Montreal are worth checking out, if you’re truly craving European-inspired architecture in Canada, you need to head to Quebec City. Here, old-town charm is the rule, not the exception. From the stone-laid shopping thoroughfare of Rue Saint-Paul to the narrow Rue du Petit-Champlain — named after Samuel de Champlain, who founded Quebec City in 1608 and North America’s very first commercial district — the illusion of walking down a European street is rarely shattered. This is especially true because nearly everyone speaks French as their first language. It’s much more prevalent than in Montreal, and while you shouldn’t have too much trouble communicating, it’s something to be aware of. 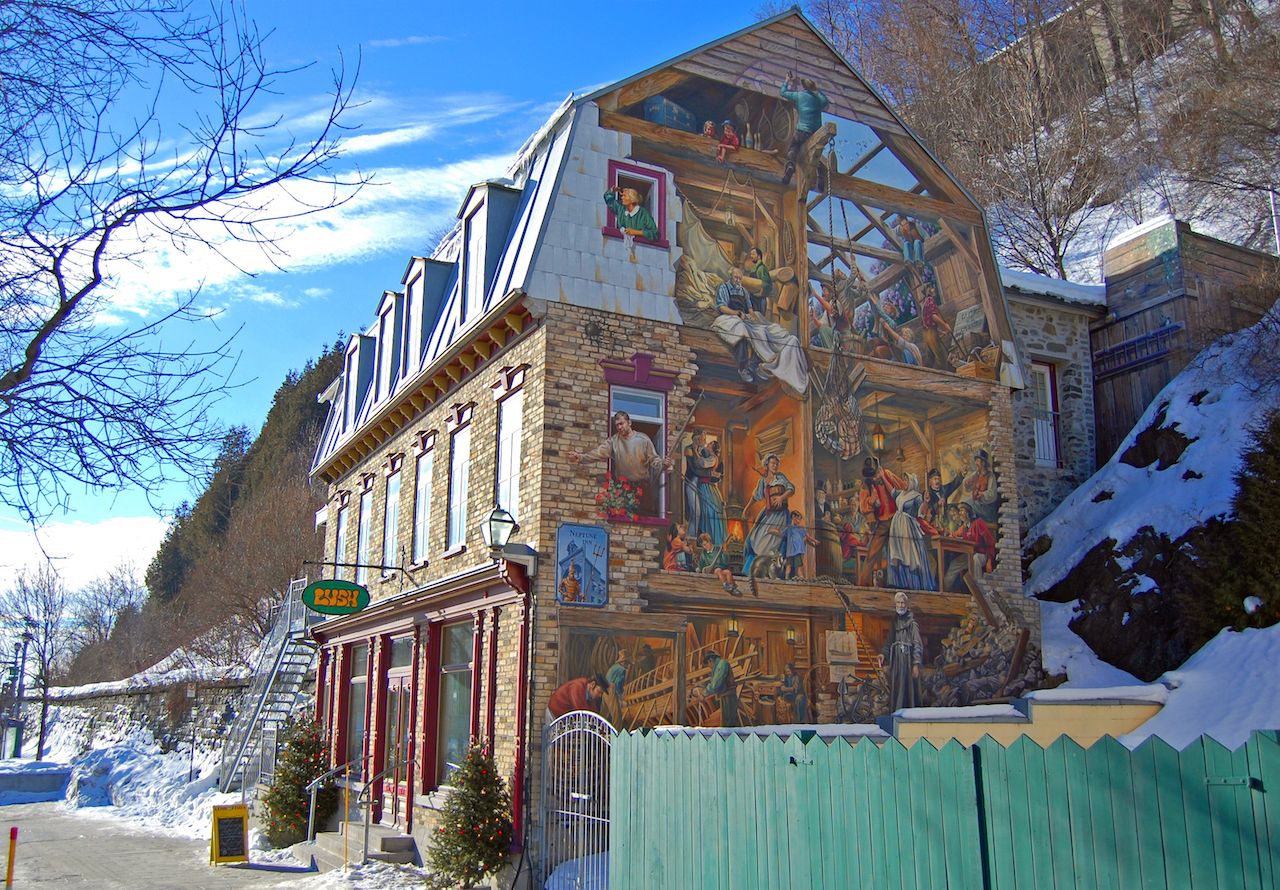 To reach the Petit-Champlain district, descend the Breakneck Stairs — the city’s oldest stairway, built in 1635 and named for its incredible steepness. Make sure to check out the famous mural on the side of a house at 102 Rue du Petit-Champlain, painted in the trompe-l’oeil style (an optical illusion “deceptive to the eye”). The mural depicts the neighborhood’s history, including the bombardments of 1759, landslides of 1889, and a fire in 1682. 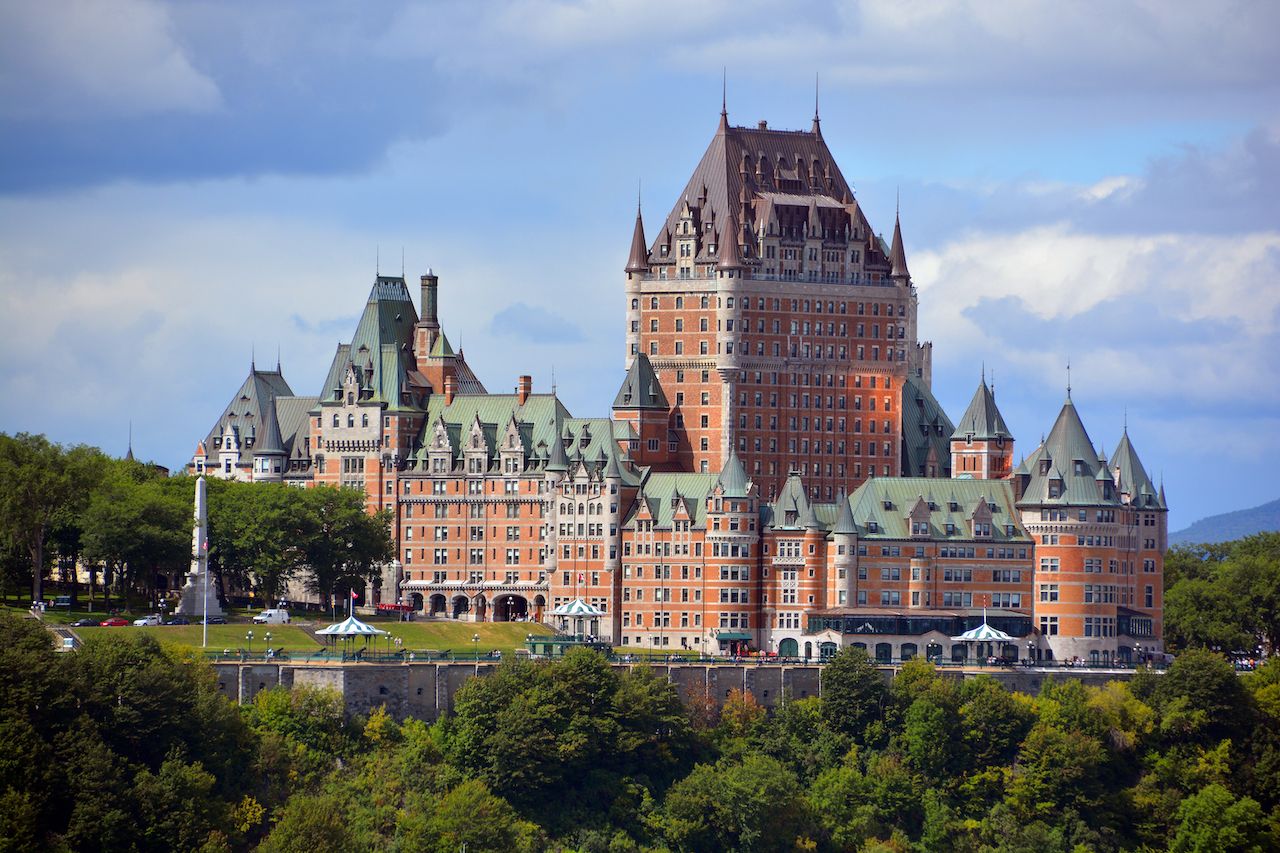 Even if you can’t afford to actually stay there, the Fairmont Le Château Frontenac is a must-see. Opened in 1893, this castle-like hotel is Quebec City’s most recognizable monument. It overlooks a boardwalk with stunning views of the St. Lawrence River, and though the rooms are quite expensive, anyone can stroll through the ornate lobby and enjoy a drink at 1608.

The nightlife is on point.

For solid cocktail bars and truly epic nightclubs, there’s no need to brave Montreal’s crowds and pay the absurd cover charges. The Grande Allée has everything you need when it comes to Quebec City nightlife, all conveniently placed on a single street. Start at L’Atelier, a trendy yet affordable cocktail bar that always has a lively atmosphere. From there, head right next door to Chez Dagobert, Quebec’s premier nightclub. Unlike most clubs, the average cocktail at Dagobert shouldn’t cost most than $7 or $8, so you can actually have a solid night out without breaking the bank. 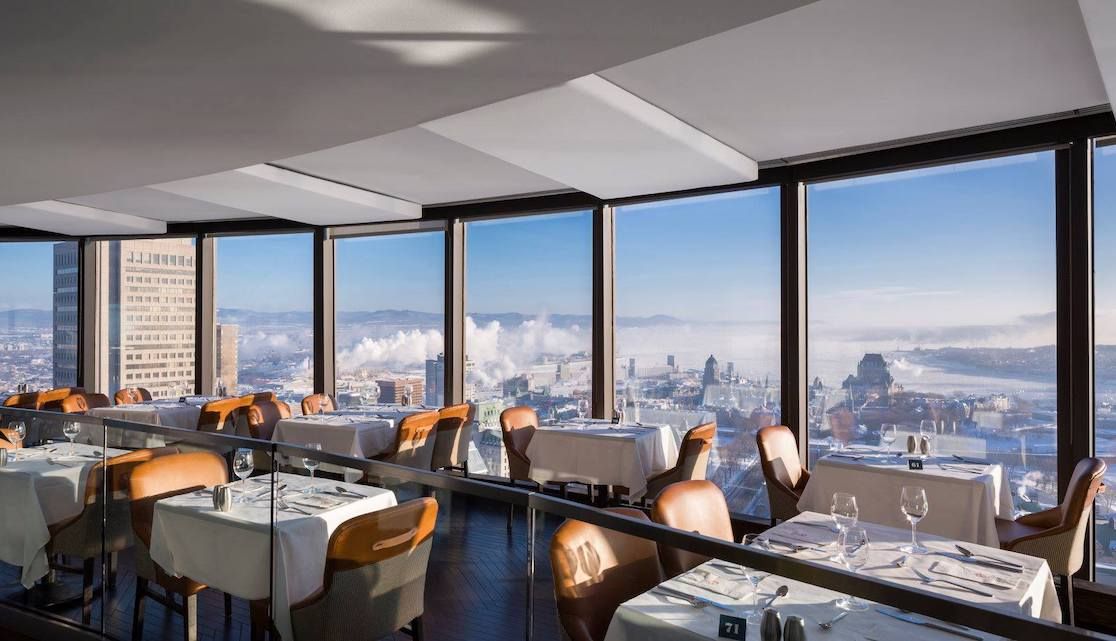 If you’re looking for a quieter evening, Ciel! Bistro-Bar, inside the Le Concorde hotel and right on the Grand Allée, is Quebec City’s resident skybar. Enjoy drinks, food, and a panoramic view of the city’s old town and St. Lawrence River. It closes a bit earlier than the other bars, which are open until 3:00 AM, but after a few drinks here you can easily stroll down the road to L’Atelier, Pub Ozone, Société Cigare, or one of the other great options.

Nature is just minutes away. 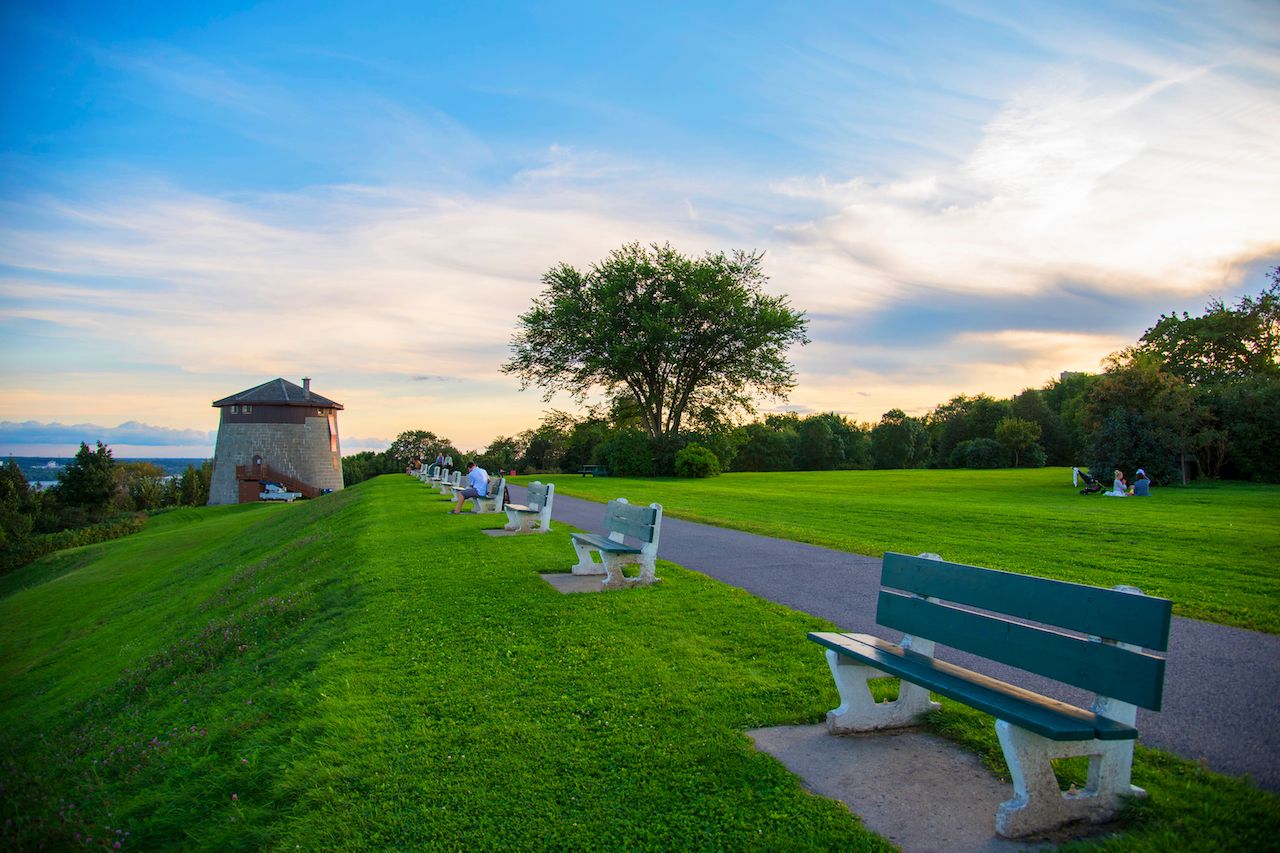 Sure, Montreal has Mount Royal, which gives you a spectacular view of the city. But it’s still pretty impossible to escape the feeling that you’re in an urban environment. In Quebec City, nature isn’t a chore to access, and when you do, you’ll actually feel like you’ve stepped into the countryside. In the heart of the city, you can easily spend an entire day relaxing on the Plains of Abraham. The former site of a pivotal battle in 1759, in the French and Indian War, the area is now a large urban park. Quebec City’s version of Central Park, the plains have 254 acres of wooded, grassy, and flowering plains. Hike up to the top and enjoy perfect views of the river and Château Frontenac. 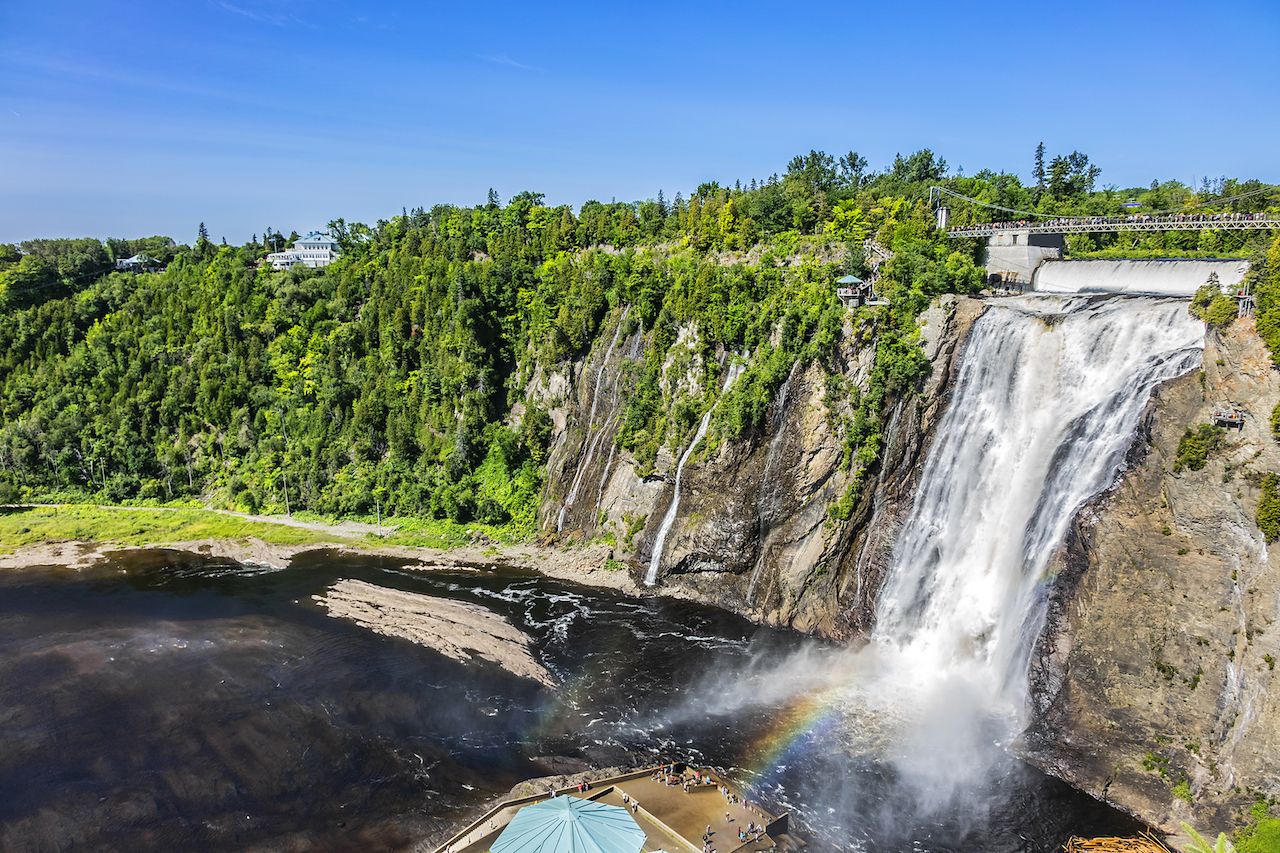 And if you thought Niagara Falls was the only waterfall worth seeing in eastern Canada, think again. A 15-minute drive from the city will bring you to Montmorency Falls Park, dominated by a thundering 272-foot-tall waterfall, which is actually 99 feet taller than Niagra. It tumbles over a cliff into the St. Lawrence River, and visitors can access the falls from several different angles via staircases around the park. A suspension bridge allows for easy and convenient access, and if you really don’t like walking, a cable car will take you to the top. In the summertime, there is even a fireworks competition hosted by the park, with the falls as a backdrop. 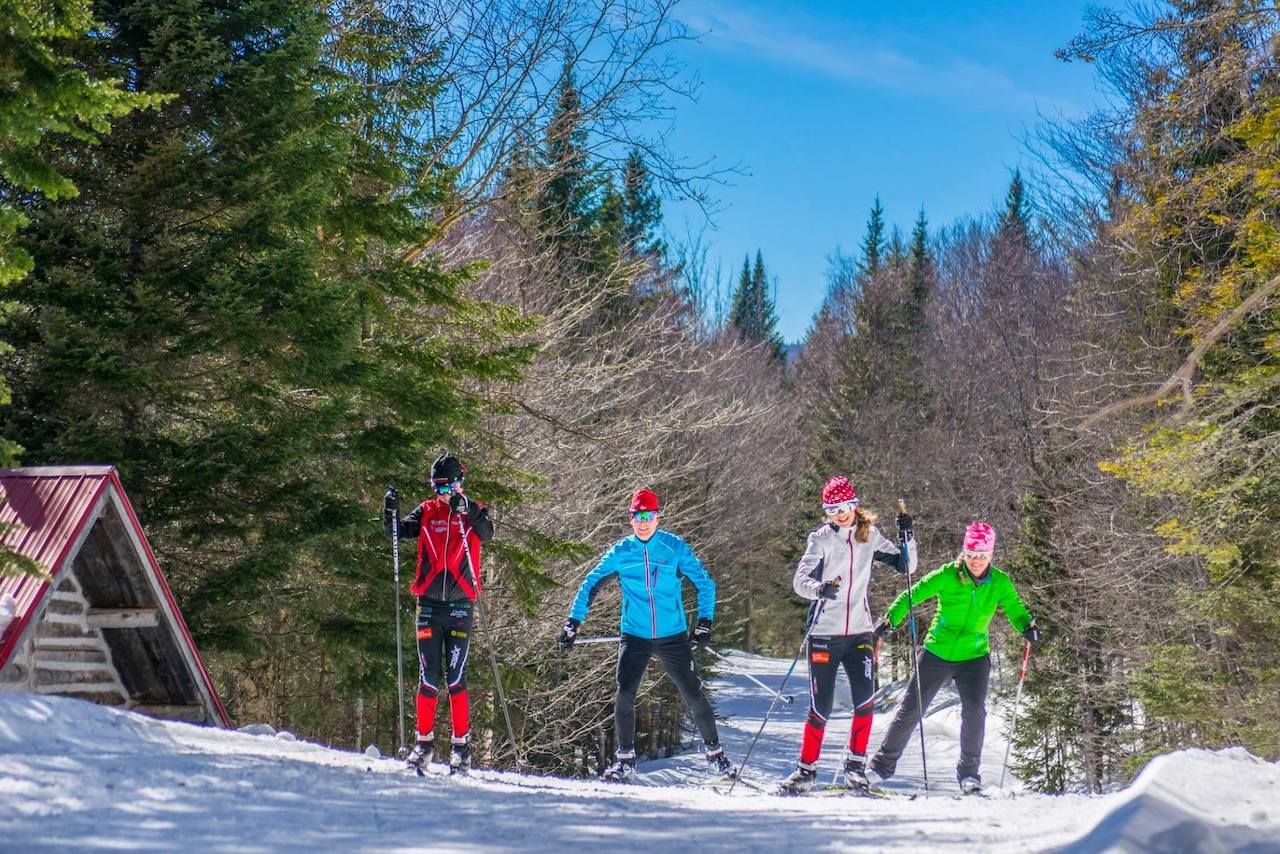 Whistler and Banff may dominate the Canadian ski scene, but you can also hit the slopes in Quebec. Mont Sainte-Anne lies just a half-hour north of the city, and it’s widely known for its perfect powder and favorable conditions for alpine skiing, snowboarding, cross-country skiing, and snowshoeing. It’s close enough to the city that you can make it a convenient day trip — you don’t have to wake up super early to hit the slopes, or worry about finding expensive lodging on the mountain. Keep in mind that since the mountain is pretty far north, it’s a little colder than what you may be used to, so put on an extra pair of long underwear under your snow pants.

DessertCanada’s National Dessert Has a Food Trail Every Dessert Lover Needs To Try
Tagged
Culture Travel Insider Guides Québec, Canada
What did you think of this story?
Meh
Good
Awesome