It’s hard to believe that one of the world’s most challenging endurance competitions was invented at closing time in a hotel bar. But that’s exactly what happened in Sweden in 2002, when four friends challenged each other to make it from the bar they were in on one island to another on an island over 46 miles away in 24 hours. Swimrun was born.

Now, 17 years later, swimrun competitions take place in some of the world’s most picturesque areas of natural beauty — from the emerald-colored waters of the Mediterranean and the herb-scented hills of Croatia to the deep waters of the South Pacific and the rugged trails of New Zealand. Working in teams of two, athletes run and swim the different stages continuously — running in their wetsuits, swimming in their running shoes, and carrying their food and any other equipment they may need. 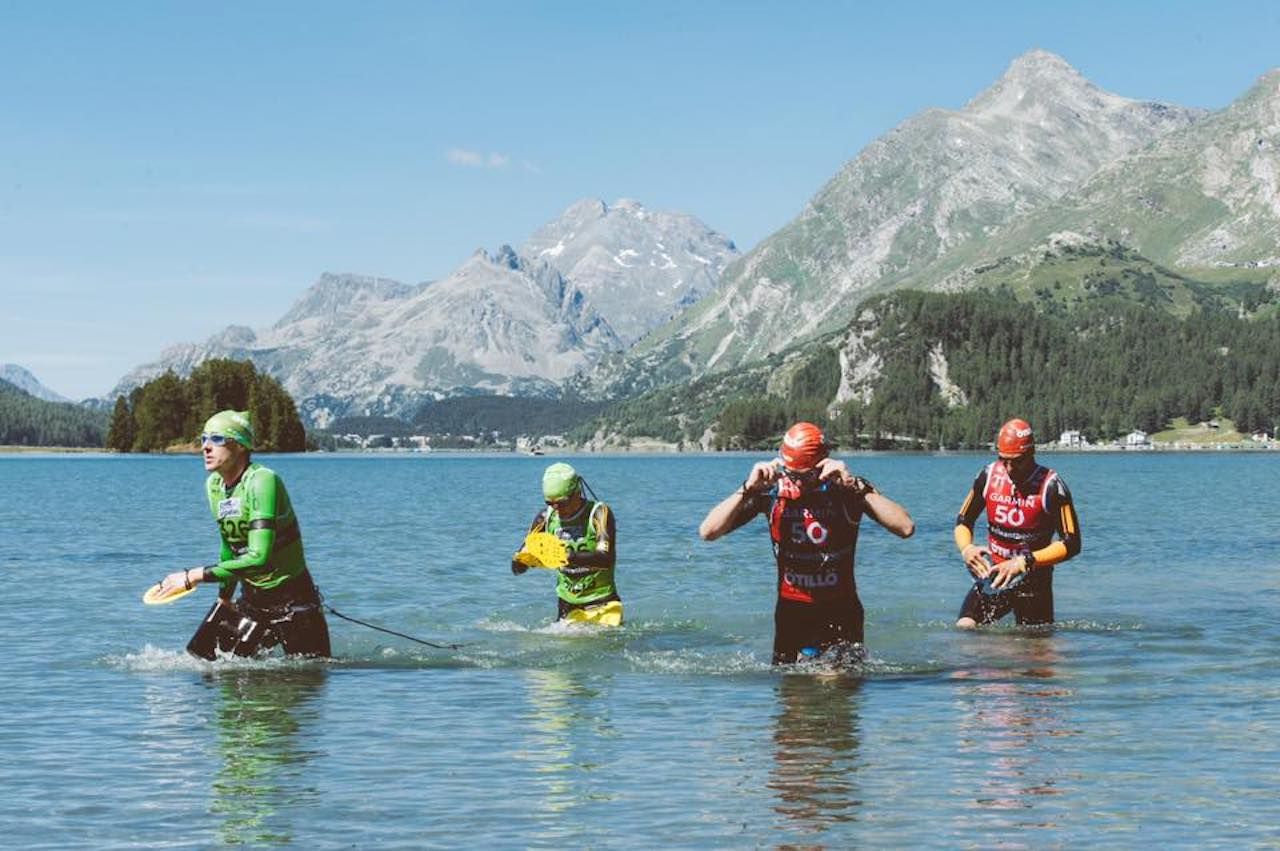 Like the countries that host them, each swimrun competition is different. There are no set course distances, no maximum number of transitions from running to swimming, and the swimming part of the race can include lakes or the ocean, or both. This makes it easy for each competition to showcase the very best its trails and scenery have to offer, and also means that each competition is 100 percent unique.

As a result, swimrun competition distances vary massively. The Ötillö Swimrun races were the first that emerged after that late-night bet. Although the Ötillö World Championship — held in September — is the same 40-mile distance as the original race, most of the other Ötillö races are closer to 25 miles. 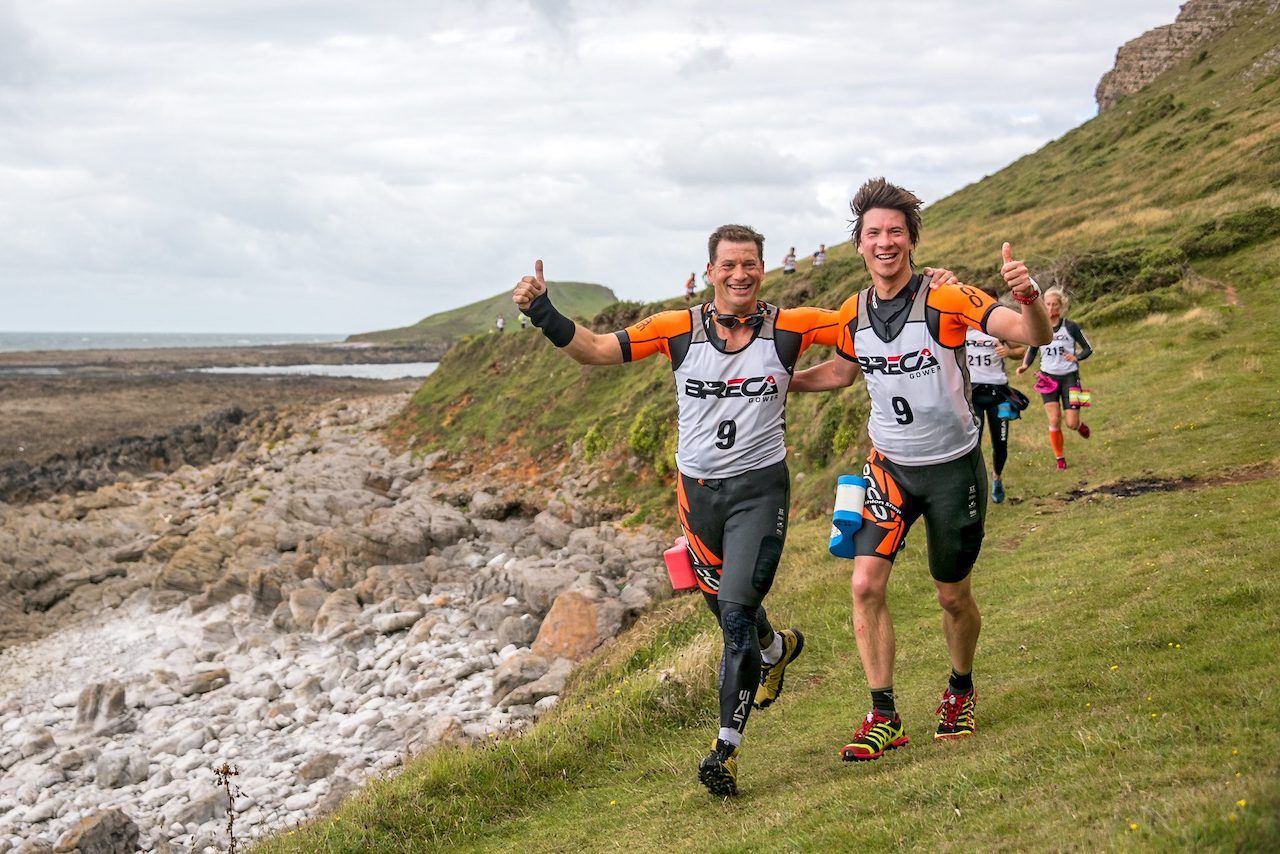 While non-championship Ötillö races from Sweden and Sicily, to Germany and southern France, are in the 25-mile range, “sprint” distance races are much shorter. Breca runs 25-mile swimrun races in the UK and New Zealand, but it also has shorter competition options. The upcoming Breca Buttermere in the UK’s Lake District is 23 miles, but the sprints are between six and 12 miles.

That said, distance isn’t the only thing you have to worry about. Terrain and turbulent waters can be equally treacherous. When choosing a race, remember your strengths and consider factors such as the number of transitions, the length of the longest swim, and the distance you’ll be running in between each transition. 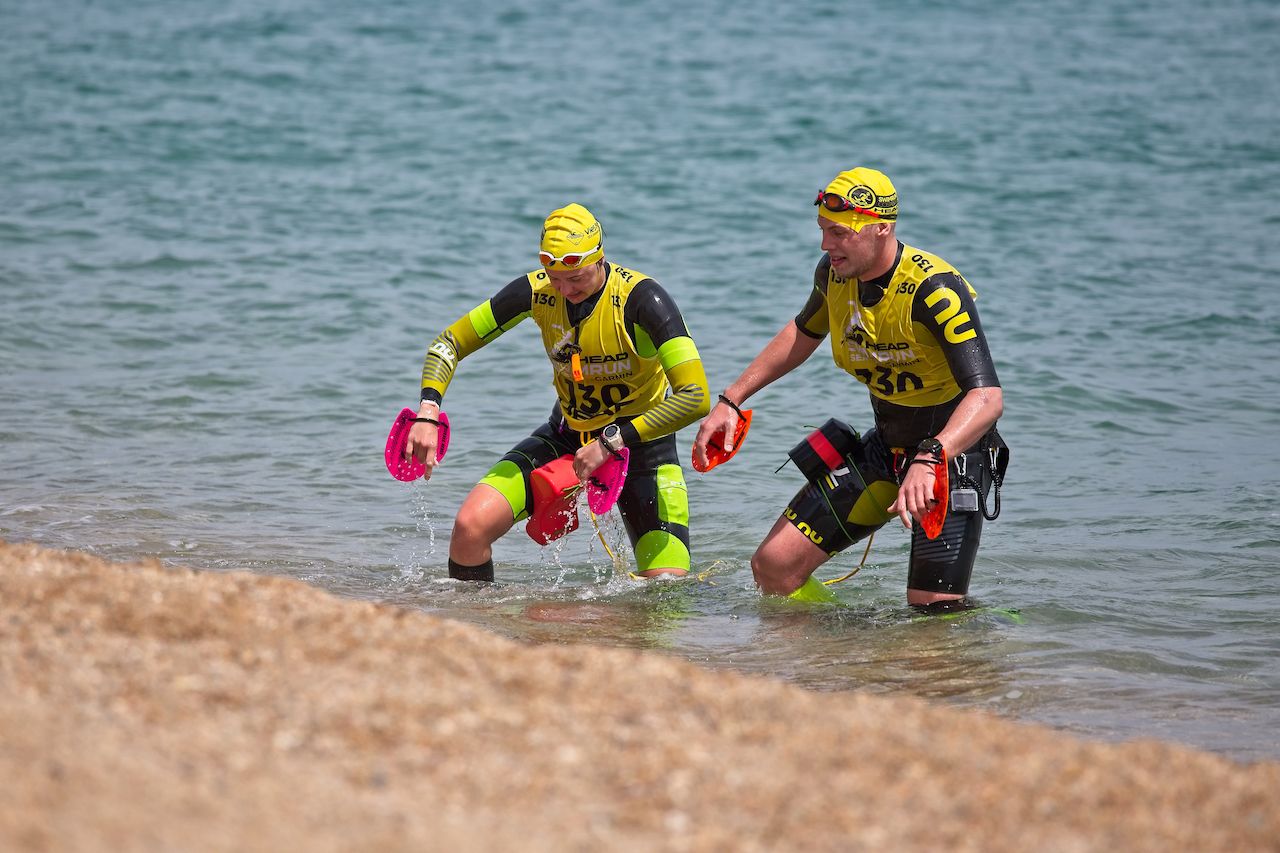 The only compulsory equipment you need is a wetsuit, swimming goggles, running shoes, a whistle, and, in some races, a reusable cup. In addition to this, you may also carry optional modified pull buoys, or wear hand paddles or flippers, providing you carry them over the whole course.

This sounds simple enough, in theory. In practice, each item has to be suited to the conditions and the activity. Your athletic shoes, for example, need to be durable enough to withstand long distances, but light enough to swim in, making a light trail-running shoe the obvious choice. Equally, your wetsuit needs to protect you against water temperatures of 50 degrees Fahrenheit and be flexible enough for you to run in at the same time. Warm wetsuits for other water sports are often too stiff for the running sections, so a wetsuit specifically designed for swimrun competitions is a wise investment. 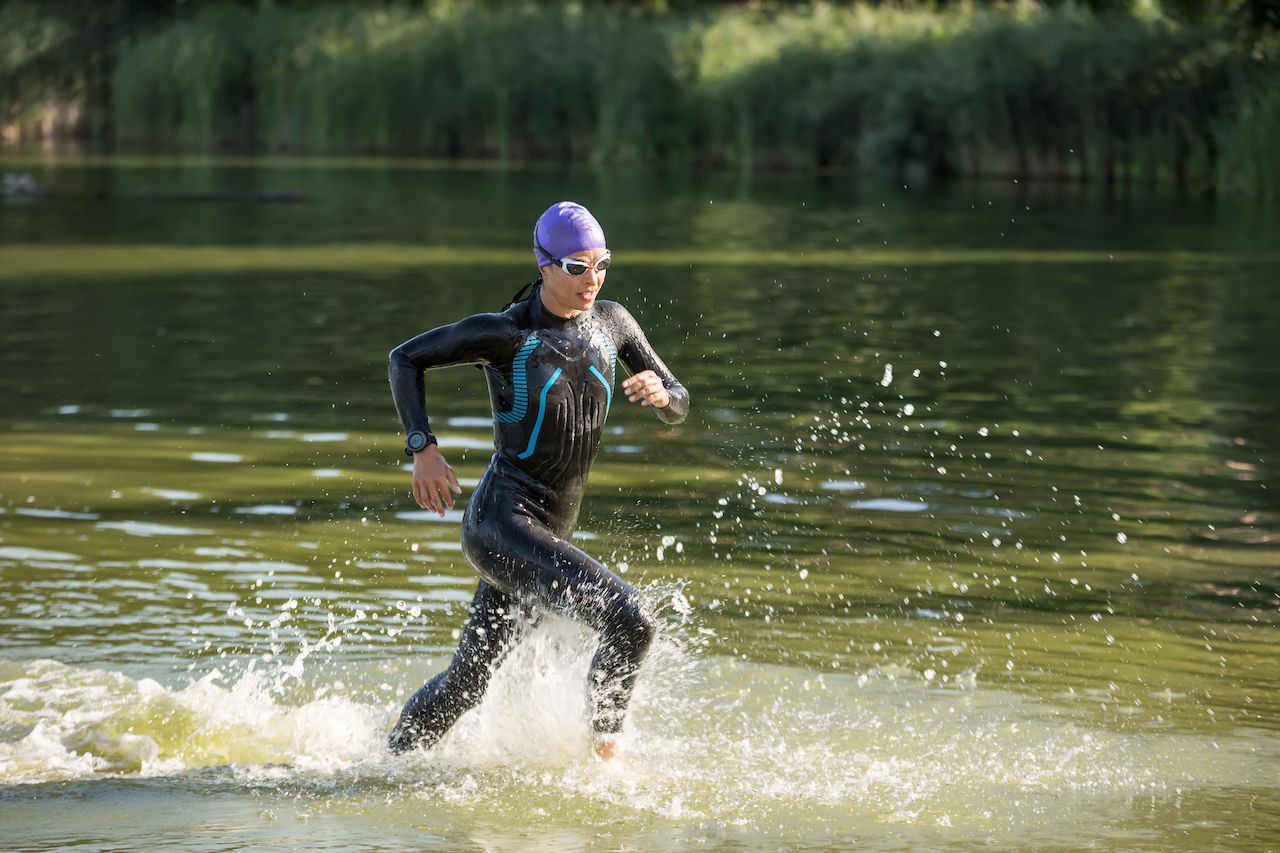 Fortunately, even though swimming laps at the local pool and going for a long run once a week won’t cut it, swimrun competitions do give you one advantage. Rather than competing as solo athlete, in a swimrun competition, you compete in a team of two. So, not only will you have someone there to support you through the whole race, but you’ll also have a training buddy.

In training, try to emulate the transitions and distances as closely as you can, ideally somewhere outdoors with similar conditions to those you’ll be competing in. You should also be thinking about food and nutrition. Research whether any food or drink will be available at race checkpoints, plan your nutrition around that, and once you’ve found what works for you, stick to it. You don’t want to be experimenting with a new nutrition plan on race day, and certainly not if you want to avoid a bad case of runner’s stomach. 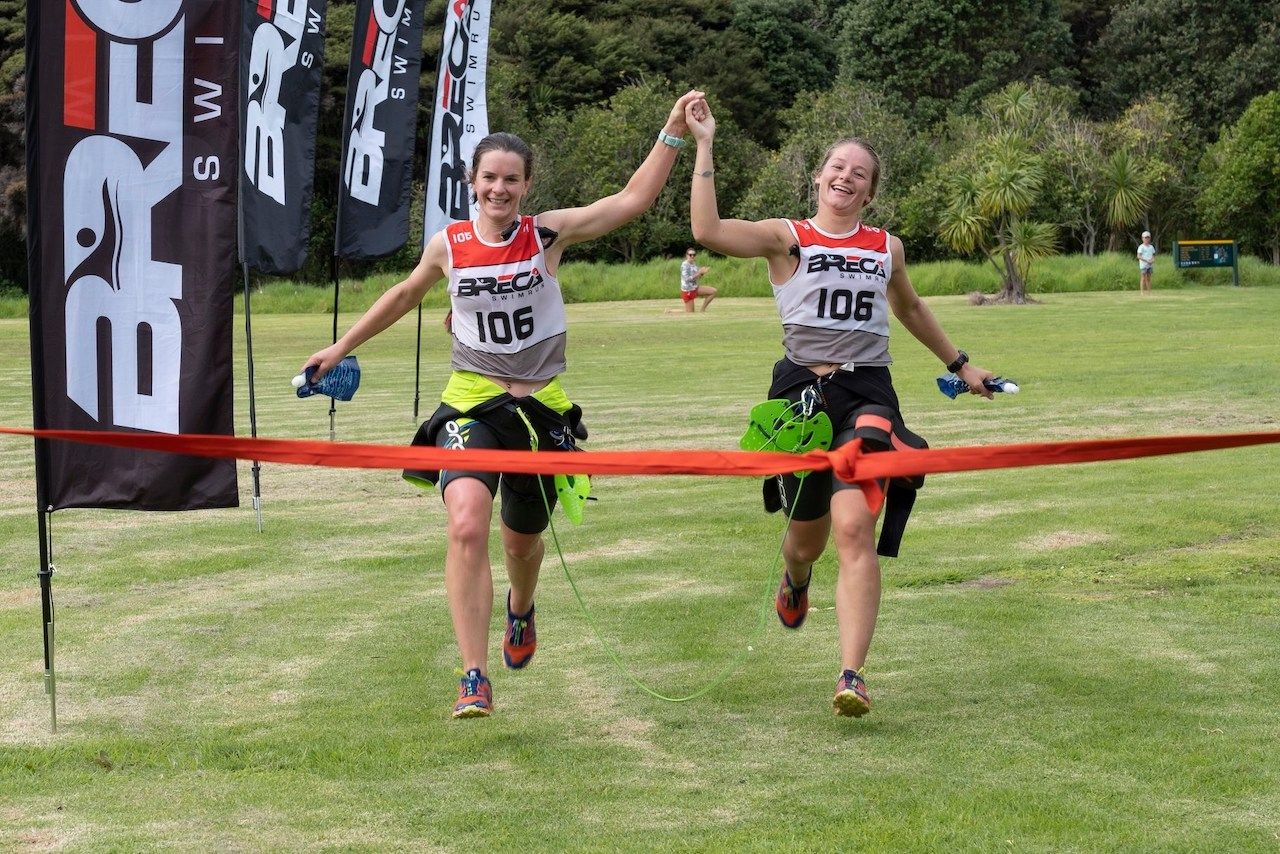 Swimrun is an endurance sport like no other. You compete in a team, in some of the planet’s wettest and wildest locations, away from modern technology and distractions. Not only do you have to respect your teammate, and rely on them and their strengths, but you also have to respect Mother Nature and your own physical limits.

It’s a challenge, there’s no doubt about that. But it also offers an opportunity to experience nature at its most raw, and as anyone who’s reached a swimrun finish line will tell you, the experience is well worth the effort. 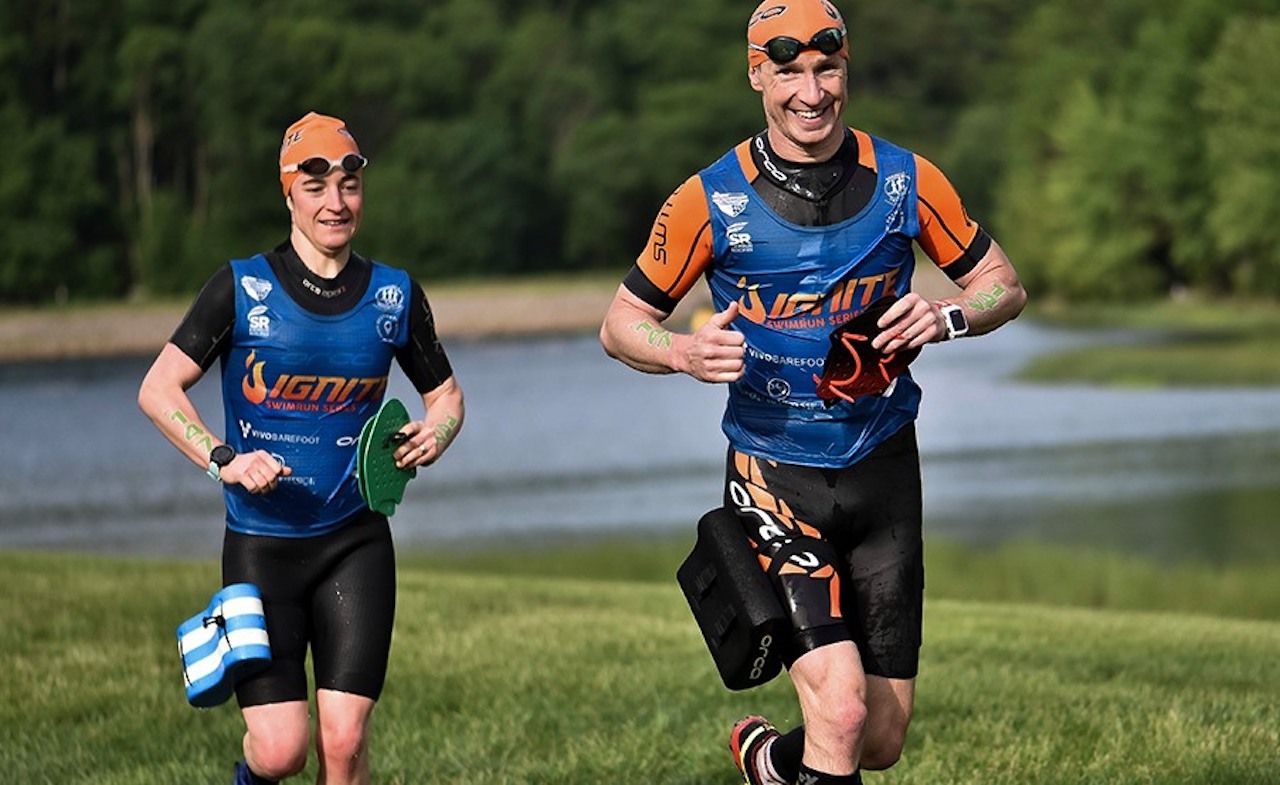 Ötillö will be holding its first North American race in February 2020, on Santa Catalina Island. The Catalina Swimrun will be 23.8 miles and involve eight separate swimming sections, as well as over 4,000 feet of elevation changes. Registration for the event opens in July 2019.

Odyssey Swimrun holds events in July through September in Massachusetts, Maine, Michigan, and Washington states. Its long runs are shorter than the original Ötillö and Breca events, at about 17-18 miles in total distance, although its Washington’s San Juan Islands event stretches to nearly 20 miles. Registration is still open for this year’s events.

Ignite Swimrun holds races in the Midwest and along the East Coast, including Minnesota and Virginia, with longer distances in the 18-mile range and shorter ones at about six miles. The longer races for both Odyssey and Ignite are run in teams, as is the case with other swimrun events. However, you also have the option to run the shorter distance races either as part of a team or individually.