As bushfires continue to rage in Australia, and firefighters risk their lives to battle the blaze, the country’s most iconic building is lighting up in support of those affected by the devastation. The sails of the famous Sydney Opera House lit up over the weekend in tribute to the firefighters and communities affected by the fires over the past few months. Some of the projections depict images of volunteer firefighters embracing, while others show wildlife escaping from the blaze. 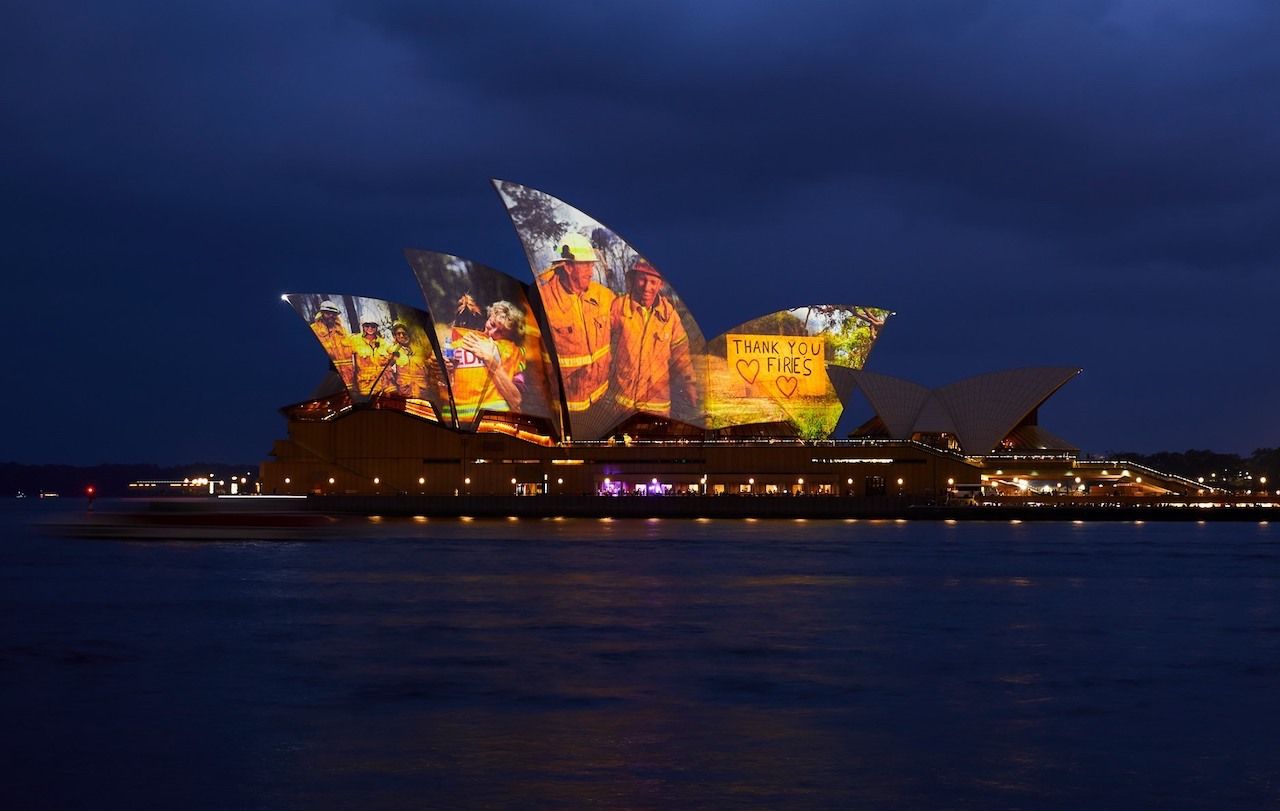 As devastating as the fires have been, the show of support has been equally as stunning. Donations have been pouring into the Australian Red Cross, with the Disaster Relief and Recovery Fund topping $44 million. The campaign was televised during the New Year’s Eve fireworks in Sydney, and since then, donations started to roll in from around the globe in record numbers.

Unfortunately, the fires aren’t likely to be extinguished soon. Despite rainfall projected for this week, it’s not expected to be heavy or prolonged enough to make a real impact on the fires. According to Anthony Bradstreet, a NSW Rural Fire Service spokesperson, “With the period of drought we’ve experienced, we’d need to get extended periods of consistent rainfall in order to get the moisture content up enough for it to put out the fires…which is unlikely.”

The Guardian reported that there are still 19 active fires across the state of Victoria, with over 3.2 million acres burned and 1,500 firefighters doing their best to contain the blazes. Over 600 Kangaroo Island properties were without electricity on Monday, and 28 people have died in fire-related incidents since October.

NewsHow You Can Help the People and Animals Affected by the Fires in Australia
Tagged
News Sydney, Australia
What did you think of this story?
Meh
Good
Awesome