Madrid has a number of exciting, affordable neighborhoods just a short walk or metro ride from the city center. In fact, I think Madrid’s barrios alone are far more interesting than many of the major tourist attractions, as each has its own unique history and plenty to see and do. Wherever you decide to stay, make sure you explore them all! In the meantime, here are our six top choices for the coolest neighborhoods in Madrid. 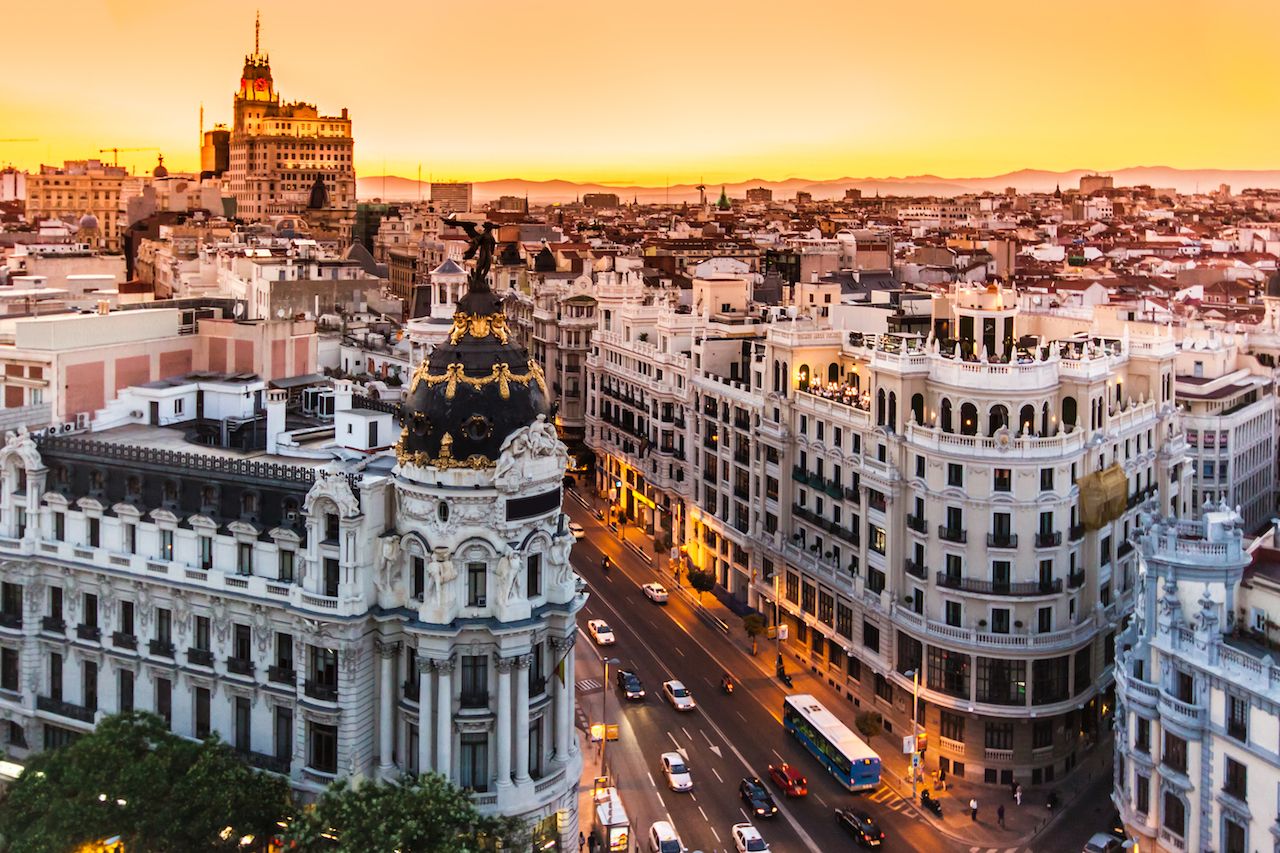 Sol is Madrid’s city-center and the zone most visited by tourists. It’s a crowded area filled with stores, restaurants, cinemas, and hotels. Puerta del Sol is the city’s busy main square and a popular meeting point for friends, tour groups, and events. Just north of the square is Gran Vía, the famous shopping street lined with grand old buildings and shiny new department stores.

It’s a good place to stay if you want that bustling, big city feel and don’t mind the hordes of other tourists, but since it’s so easily accessible a lot of people opt to stay in one of the nearby residential areas.

Barrio de Las Letras (Literary Quarter) is a historic neighborhood that was once home to many writers of the Spanish Golden Age, notably Cervantes and Lope de Vega. It’s also very central, right next to Sol and a short walk from the Art Triangle, where Madrid’s three most famous museums (the Prado, Reina Sofía, and Thyssen) are located. Plaza de Santa Ana is the neighborhood’s terrace-filled square, with famous cafes that Hemingway himself used to frequent. Calle de las Huertas is a fun spot to go out, with all types of bars and promoters who will lure you with free shots. It’s still a pretty touristy area, but less crowded than Sol. 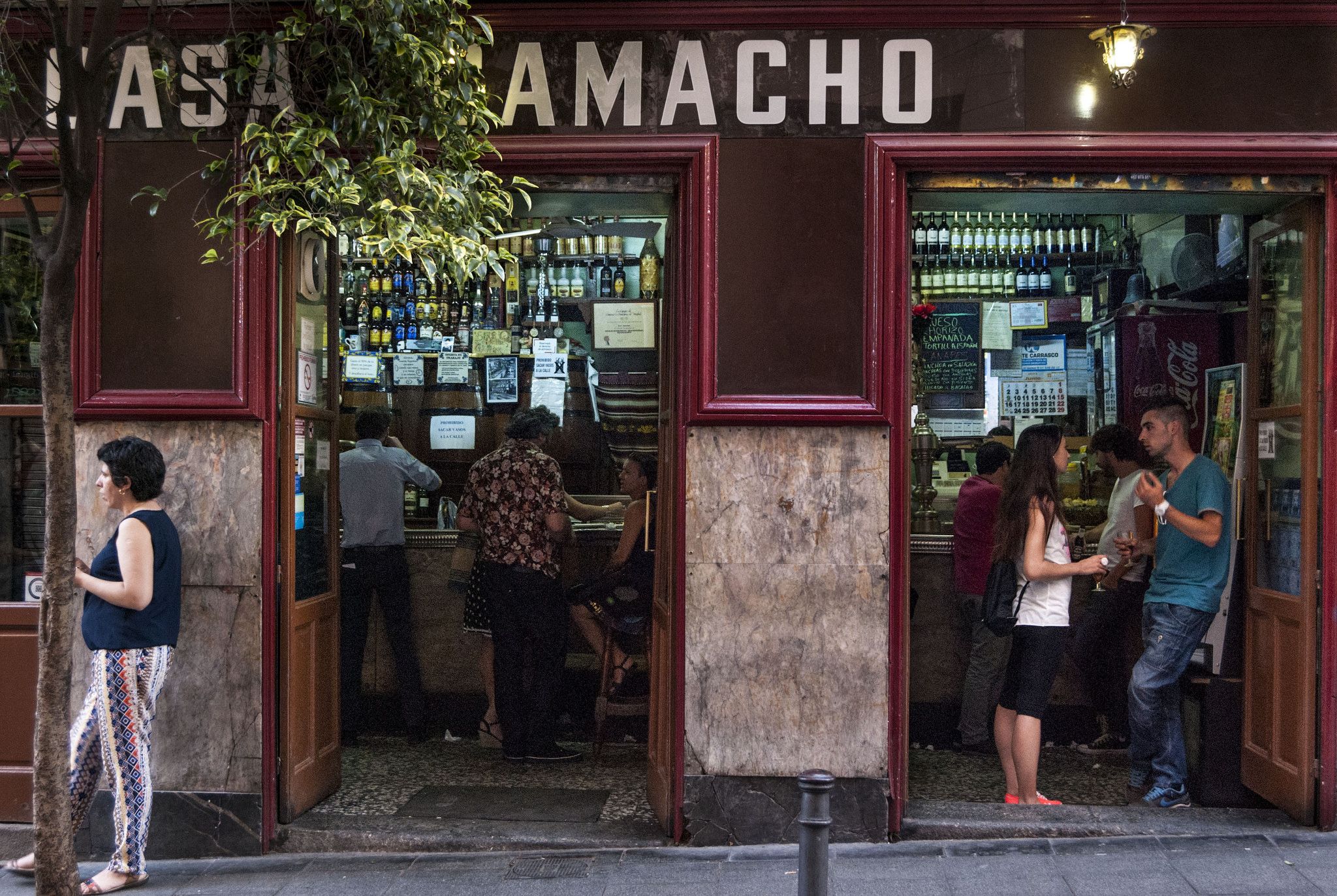 Malasaña is one of the trendiest neighborhoods in all of Spain and probably the best place to experience Madrid’s nightlife. At night, the streets are packed and it’s common to stay out until sunrise. Typical residents are hipsters, expats, and young locals, and you’ll find some of the coolest bars, cafes, bookstores, and vintage shops. The neighborhood attracts tourists, but it’s also a residential area, so you can experience the local life while staying just a short walk from Gran Vía, Plaza de España, and other sites.

Back in the 70s and 80s, it was the center of “la Movida madrileña,” an experimental movement that began after the death of Spain’s dictator, Franco, and influenced Malasaña’s artsy, alternative vibe.

Right next door to Malasaña is Chueca, Madrid’s colorful LGBTQ neighborhood. Just as vibrant and trendy, it has great bars, restaurants, and boutiques (that tend to be on the pricier side) and, of course, plenty of gay bars and nightclubs. In late June and early July, Chueca holds one of the world’s biggest pride festivals. But the spirit of pride is felt year-round—even the Chueca metro is rainbow-painted! 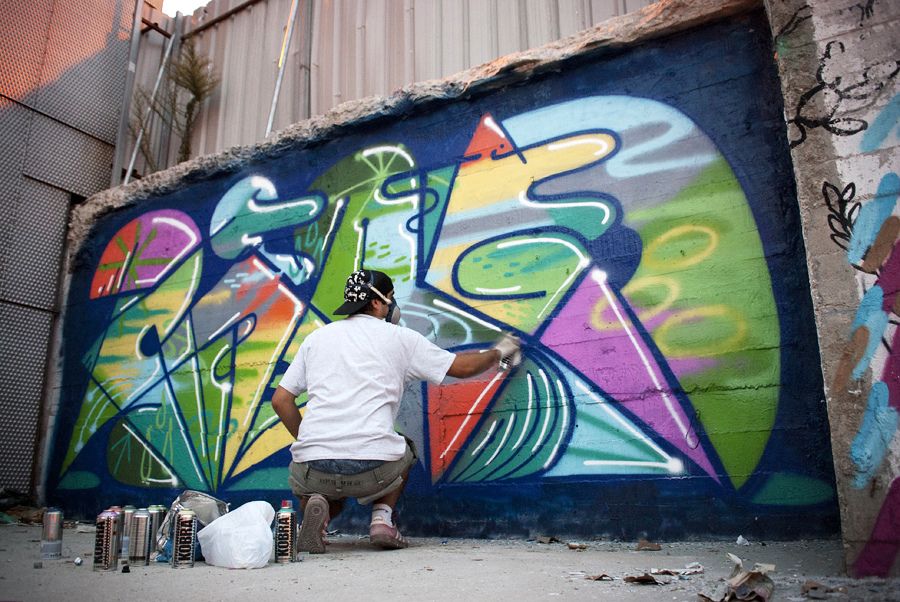 Madrid’s Latin Quarter is the city’s oldest, most traditional neighborhood. The narrow streets with staircases, cathedrals, and centuries-old plazas give it more of an “old Spain” feel than anywhere else in the city. It’s also one of the best areas to go out for drinks and tapas, and on both weekdays and weekends it’s typical to see the bar terraces packed with people sipping gin and tonics, and cañas from afternoon until late at night. You can find a range of restaurants and bars–from cheap to pricey–and the main street Cava Baja is famous for its traditional taverns, delicious tapas, and lively atmosphere. Madrid’s open-air flea market El Rastro is also held here on Sundays.

Lavapiés is Madrid’s most multicultural neighborhood and in recent years has become one of the most popular barrios. It’s also one of the cheapest areas in the center. Back in the day it was considered a slum, but nowadays it’s one of the most popular places to live and hang out among students, artists, and foreigners. The high immigrant population means you’ll see many people from African, Asian, and Middle Eastern countries walking around in their traditional dress and speaking different languages, as well as a variety of ethnic shops and grocery stores. There are some especially good Senegalese restaurants, and so many Indian restaurants to choose from that one street has even been dubbed ‘The Curry Mile.’

Lavapiés is also one of the most artistic zones, filled with small, independent theaters, cultural centers, and walls decorated with colorful street art.