If you’re a big fan of The Nightmare Before Christmas, Mars Attack, and Beetlejuice, you’ll want to book yourself on a flight to Las Vegas for the coming months. Between October 15, 2019 and February 15, 2020, the Neon Museum in Vegas will host an exhibition of Tim Burton’s original fine art.

The show, called “Tim Burton @ The Neon Museum,” is set to be a retrospective of the American film director, producer, artist, writer, and animator’s creative history. It will feature large-scale, macabre artworks, some already shown in previous exhibitions, as well as some exciting new ones. 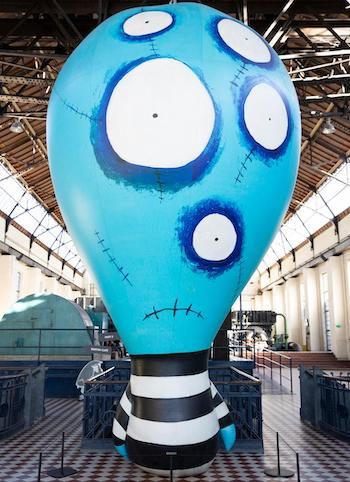 The exhibition will take place throughout the museum’s outdoor Boneyard exhibition space (a space dedicated to the city’s history of bright and quirky signage), in its North Gallery, and at Boneyard Park across from the museum’s Visitors’ Center.

More extensive details and ticket prices have yet to be released, but museum members can expect to receive free admission.

Museums11 Risqué, Extravagant, and Spooky Las Vegas Museums Unlike Anything Else You’ve Seen
Tagged
Entertainment Events Movies Museums News
What did you think of this story?
Meh
Good
Awesome