We hope you love the stays we recommend! Just so you know, Matador may collect a small commission from the links on this page if you decide to book a stay.

International travel has been difficult for many Americans over the past two years. That’s especially true for places that require a long flight to get there. But now, as pandemic restrictions ease across the world, places are opening up, from cruises to Saudi Arabia to a fully open Ireland.

The United Arab Emirates and all its luxuries aren’t as unrestricted as some countries, but the people and their government are eagerly welcoming visitors. People from the United States aren’t required to quarantine upon arrival thanks to a rigorous testing policy, and on a recent visit, I could eat at bustling restaurants, shop in souks with fully open storefronts, and explore the architecture and culture that make the capital city of Abu Dhabi so magical.

For anyone who has had Abu Dhabi on their list, the winter, spring, and the fall are ideal times to visit to avoid the hot and sticky summer. Here’s what you need to know before scheduling a trip.

What to know before going to Abu Dhabi 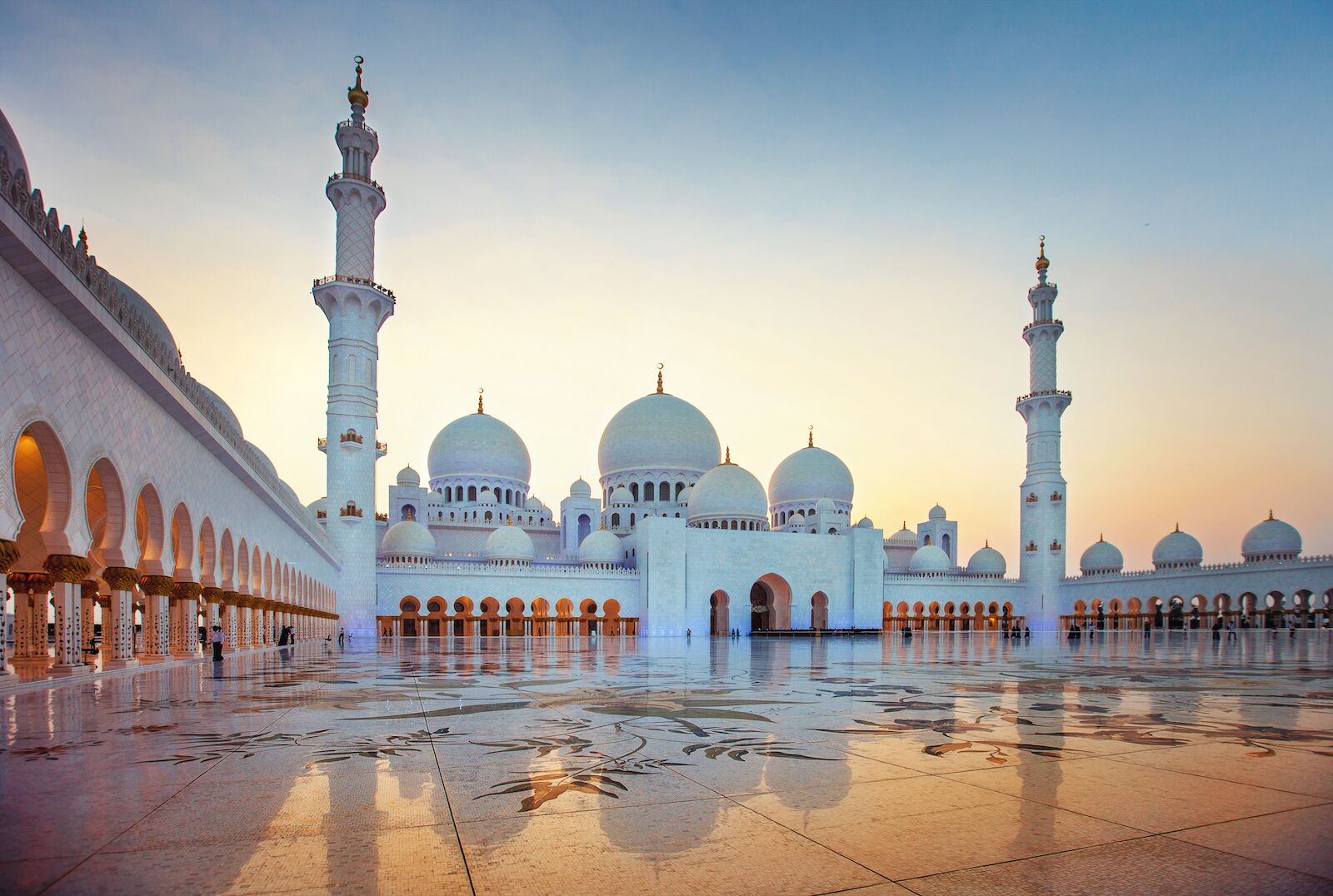 Travelers are required to register with ICA Smart Services at least 48 hours before traveling to Abu Dhabi. Doing so sends over your vaccination status and is the first bit of paperwork to fill out. I needed to take a PCR test no more than 48 hours before my flight, but as of February 26, guests who are fully vaccinated and traveling with Etihad Airways or any other airline are no longer required to test before their flight.

Then you’ll need to download the Al Hosn app, which is the government app for contact tracing, and acts as the de facto entrance pass to anything public throughout the UAE. It’s recommended to download the app and register prior to arrival.

Businesses and attractions ask to check the app and its QR code proving vaccination status before entrance to just about anywhere, from hotels to restaurants to attractions. A glitch kept Al Hosn from working for me or the other American members of my party, but we could move freely with our vaccination card and proof of a recent test (in my case, a text confirmation from the airport testing center) in hand.

Getting to Abu Dhabi 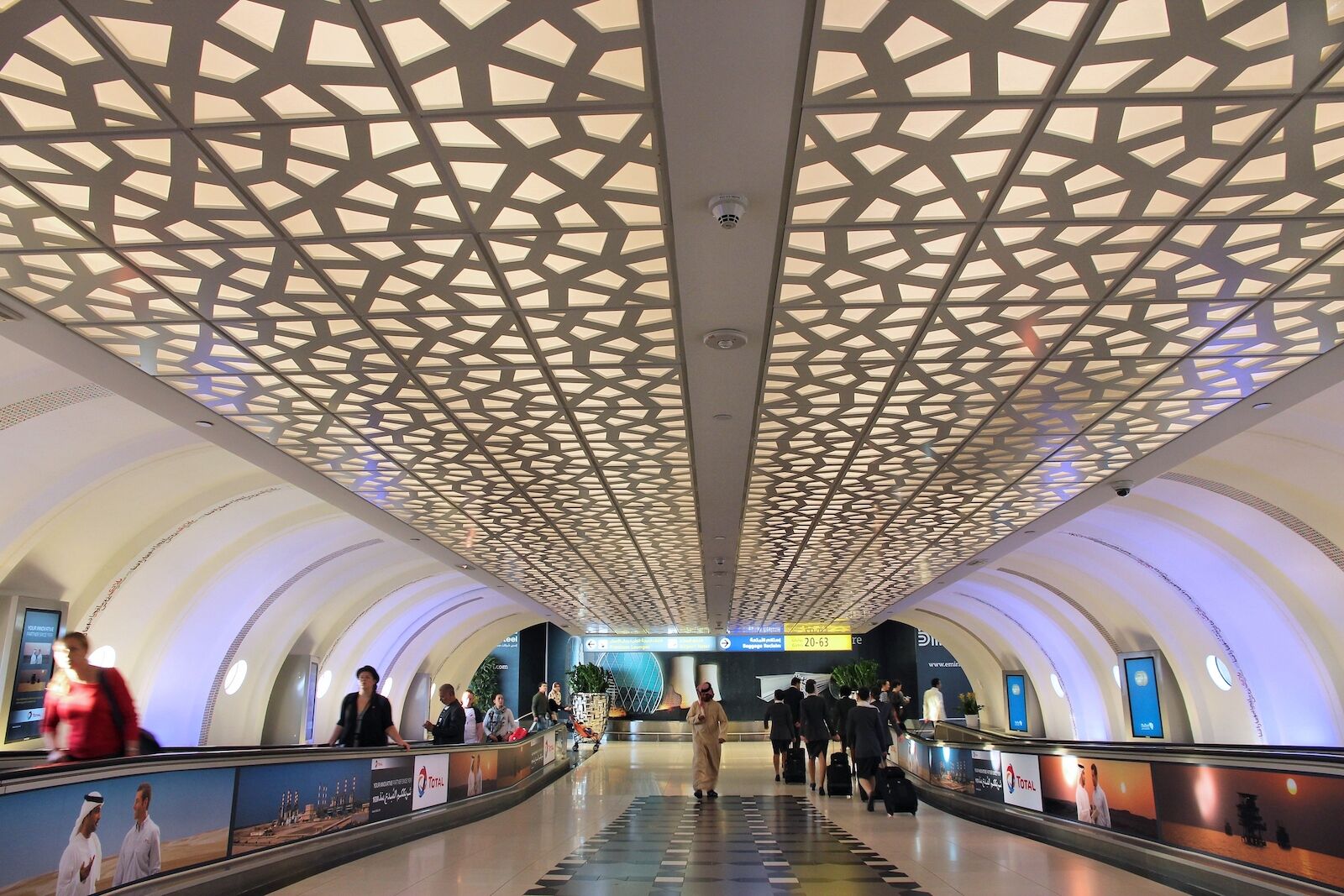 I flew a direct flight on Etihad Airways from New York City to Abu Dhabi. The airline’s app made it easy to keep track of what I need, and it’s also where I entered my testing information to get into the country. It’s a long flight — over 12 hours there and 14 hours back. If you can spring for it, business class in Etihad offers lay-down seats, a large TV, meals that taste far better than what an airplane meal typically tastes like, and a sommelier-chosen wine, beer, and spirits menu.

Note that masks are mandatory for the entire flight unless actively eating or drinking.

On arrival, every passenger is required to take another PCR test that’s provided at the airport. It’s far faster, and wildly more efficient, than any testing I’ve done in the United States. It took less than 45 minutes to deplane, get tested, and be out of the airport on my way to the Park Hyatt Abu Dhabi. I received a text message with my negative results even before my room service arrived.

Anyone who tests positive for COVID-19 in Abu Dhabi must quarantine in a designated hotel for 10 days, or until they have two negative PCR tests at least 24 hours apart. 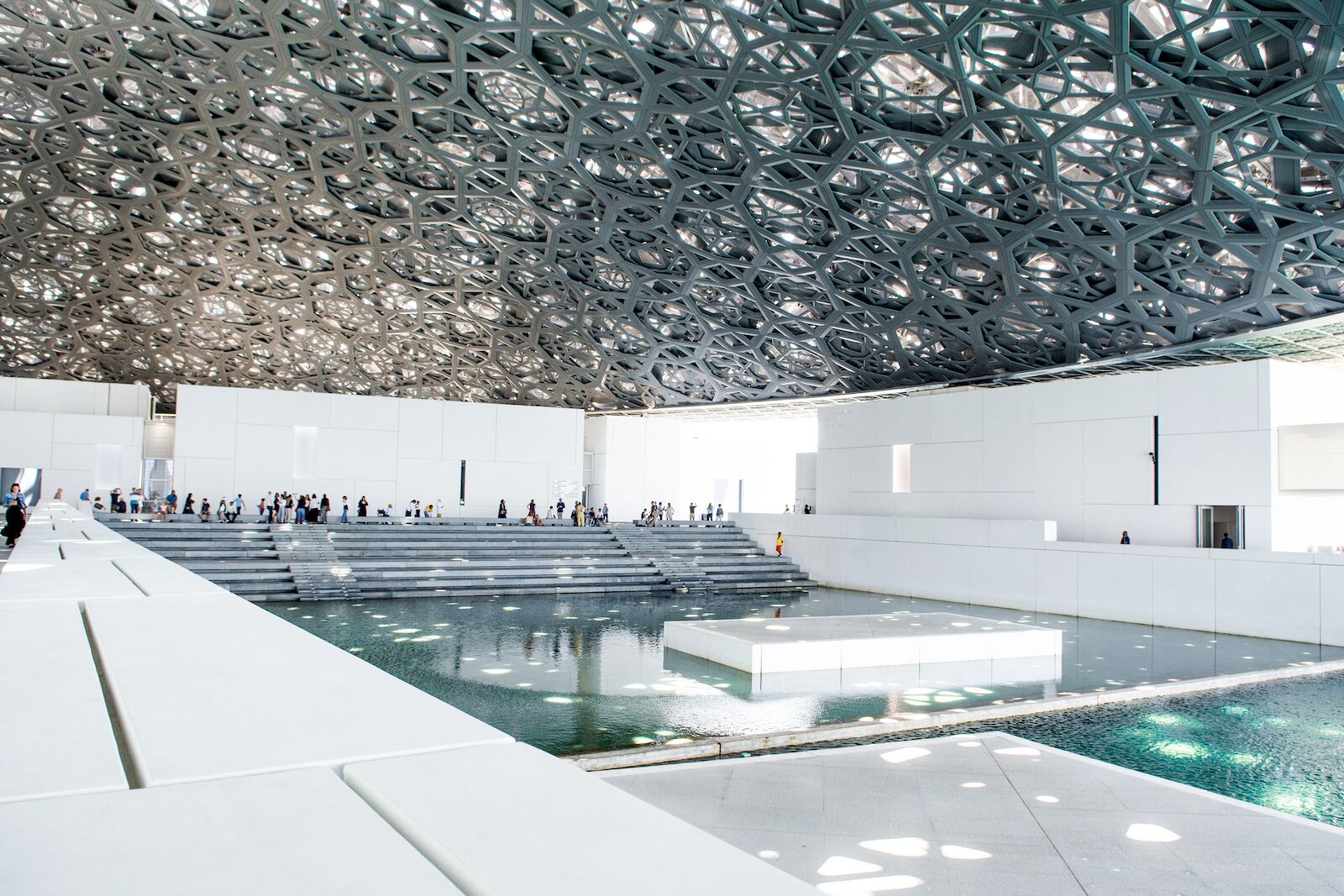 Masks are required both indoors and outdoors in Abu Dhabi, and everyone I saw complied with the rules. Restaurant owners I spoke with noted that visitors were trickling back into the country, though it’s far from the peak number of tourists before the pandemic.

Major attractions weren’t exactly crowd-free, but there was plenty of space to move around. My local guides all had a working Al Hosn app and showed their green light to breeze past the people checking vaccination status at the doors of each restaurant, shop, and cultural landmarks like the Louvre Abu Dhabi and Sheikh Zayed Grand Mosque. I never ended up getting the app to work, but it sufficed when needing to show the text message from my negative test I received at the airport along with my vaccination card (I used my paper copy, but others in my group showed a screenshot of theirs).

The extra steps to do anything felt like a lot coming from the US, where pandemic restrictions have largely lifted in my home state of Colorado. That said, the UAE has had a successful pandemic response — especially when compared to the US — so the rules, and people’s adherence to them, are clearly working. Mask mandates and frequent testing are simply the way to see the world these days.

I didn’t once have any worries that I would have an issue getting back to the US thanks to these rules and the UAE’s high vaccination rate: 100 percent of residents have their first shot, with nearly 96 percent having their second shot, according to government statistics.

Getting back to the US from Abu Dhabi 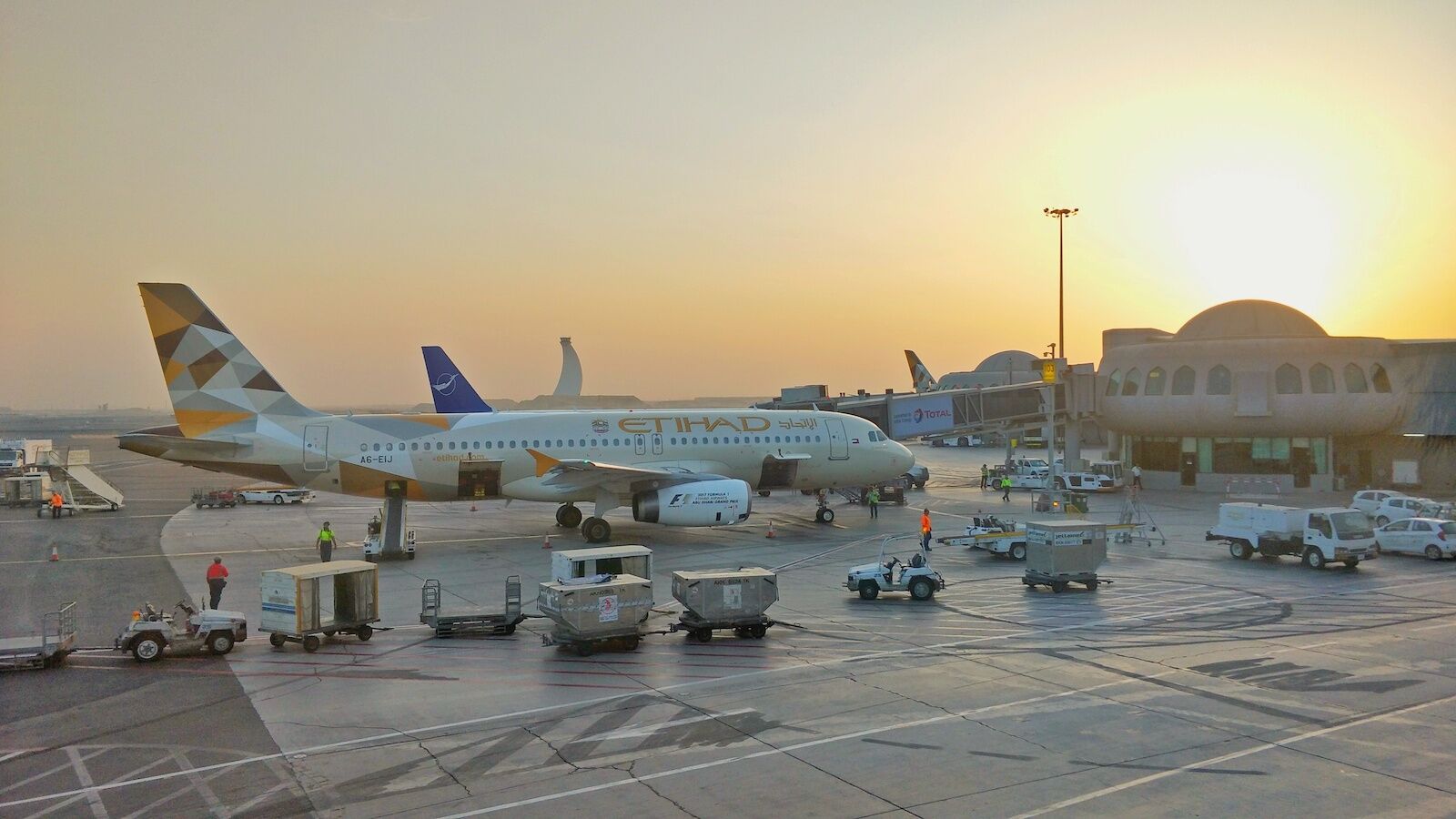 Another major benefit of the UAE’s extensive testing program is that it’s easy to get the test needed to reenter the US. Mine was scheduled through the front desk at the Anantara Eastern Mangroves hotel the morning of my day before my Etihad flight home, and the results were emailed to me before dinner. (Rather than the time-restricted 48 hours for getting into the country, “one day before” was enough for the test to return to the US.)

Abu Dhabi International Airport has a US pre-clearance facility, so you don’t have to do a customs check at the airport when you land. The process was faster than most of my experiences getting through customs at US airports, as is often the case with these pre-clearance zones. It’s a relief, to put it lightly, to not have to wait in a customs line after a 14 hour flight.

People looking to return to international travel can feel safe with a choice to Abu Dhabi, whether they make the city their only destination or use it as a home-base to explore other parts of the UAE. Yes, it’s a long flight. But after two years of sticking closer to home and jumping through an endless number of hoops to travel internationally, the UAE’s organization makes travel in the era of the pandemic feel easy.

Abu Dhabi Is 3 Amazing Destinations in One. Here's Proof.

Abu Dhabi Might Just Be the Most Exciting Destination in the Middle East. Here's Why.