Australia started to recover from devastating summer bushfires only a month ago, leaving behind a landscape that led The New York Times to proclaim “The End of Australia as We Know It.” Many spent the hot summer indoors, unable to go outside due to the hazardous smoke that filled central business districts and country towns. Brave firefighters battled the flames trying to protect homes rather than enjoying Christmas with their families. When the rain eventually came, it provided much-needed relief. But with the rain also came flooding for some towns that could ill afford more bad luck.

While the world came together in support of those affected by the fires, many Australians pledged to take part in the “fill up your empty esky” campaign, which was a concept established to support fire-affected communities. The idea behind the campaign was simple: Vacation domestically and make sure to stop at the small towns and support businesses along the drive. Purchase a coffee or fill your empty esky (cooler) with local treats such as honey and jam.

Cate Peterson, a yoga instructor and business owner from Lake Conjola, an area that was heavily impacted by the fires, saw the coming together first-hand. During and after the bushfires, the members of her community united and forged human connections that hadn’t been seen before. “There was hope and positivity while locals gathered at coffee shops sharing ideas on how they could rebuild and help one another,” she says. Locals reported that travelers visited from far and wide to support and buy from local businesses, but the tourism boost hasn’t lasted long with the spread of COVID-19.

While preventing the spread of the virus is a priority, for many communities across Australia, the precautions and measures to self-isolate, practice social distancing, and the travel bans have come at a time when these communities are relying on domestic and international tourism to get back on their feet. The Easter school holidays usually bring a welcome influx of holiday goers to these coastal towns. Families are eager to get the last of the hot weather by the beaches before autumn quickly turns into winter. With no short- to long-term plan being announced by the Australian government on how it will contain the spread of the virus or provide financial relief, Australia, like so many other countries, is at a standstill. 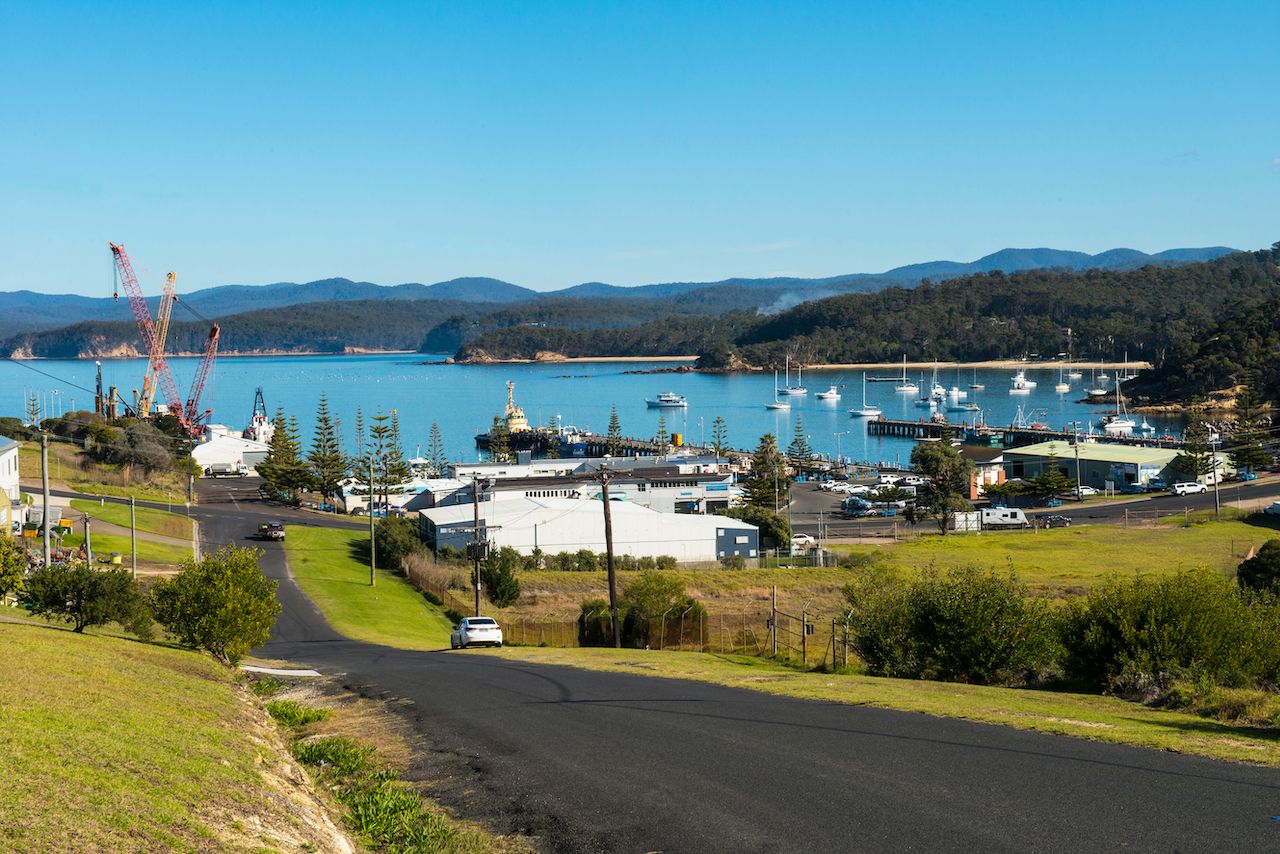 Australia announced closed borders starting on March 20, 2020, to anyone who is not an Australian citizen or resident. The vast majority of the population is self-isolating or working from home.

The usual optimism that is associated with Australia’s coastal and country areas has been replaced with a deep sense of anxiety. The last three months and the foreseeable future will no doubt be remembered as one of the toughest in the country’s history. At a time when the bushfires impacted areas that needed tourism most, people are now actively staying away as COVID-19 rips through the global population.

During the bushfires, the town of Eden on the southeast coast of New South Wales quickly became the focus of global news after the comedian and actor Celeste Barber shared images of the fires and smoke her parents-in-law were witnessing. When the last fires were put out in Eden, local Pam Skelton worked closely with others to create a strategic plan to rebuild the Eden community and help with boosting morale. The plan centered on cohesion and connection. However, as of March 18, the government announced far-reaching restrictions on non-essential gatherings of more than 100 people indoors and 500 people outdoors. These regulations will make it difficult for the markets and events in Eden to go ahead and attract the local tourism locals were hoping for. Cruise ships also dock in Eden, and the visitors from the ships usually help boost the local economy.

Despite the setbacks, Skelton says they will continue to work together as a community to support one another with donated services such as the community pantry still going ahead with strict health regulations. 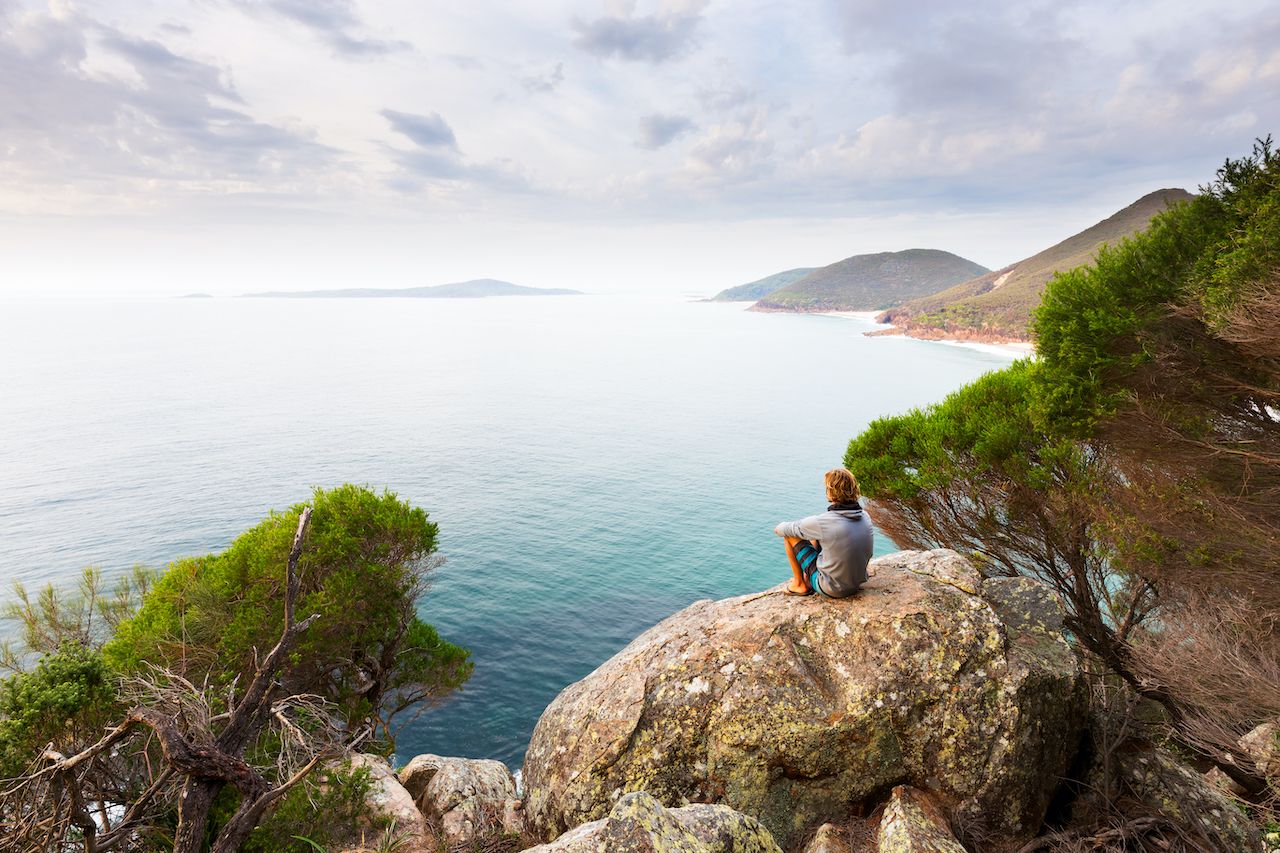 Australians are a resilient bunch, and when the nation goes through a crisis it brings out the very best in them. However, these towns and communities will need everybody’s help to get back on their feet once we emerge from the COVID-19 pandemic.

While restrictions get tougher each day, it’s encouraged that those in a financial position to help small- to medium-sized businesses do so now. Purchasing gift cards for restaurants and cafes that can be redeemed at a later date contributes to cash flow as well as donating gift cards to be distributed to the regions that need it most after the bushfires. Another helpful solution is to pre-purchase accommodation in the future for small hotels and bed and breakfasts.

When health advisers recommend it’s safe to travel, it’s worth considering a trip to the affected areas. Despite the bushfire damage, you will still find some of the most fascinating coast and countryside in the world. Road Trip For Good is an excellent interactive map to help you plan a road trip through areas affected by bushfires. It’s our chance as a global community to show our support to Australia after two major consecutive blows, and help these areas get back on their feet.

NewsHow You Can Help the People and Animals Affected by the Fires in Australia
Tagged
Travel Australia
What did you think of this story?
Meh
Good
Awesome