In 1971, Soviet scientists looking for oil in the Karakum Desert of Turkmenistan accidentally created what became one of the country’s most popular tourist attractions and one of the world’s most bizarre places: The “Gates of Hell.”

While drilling for oil, they hit a large cavern filled with natural gas, causing the ground to collapse into a giant hole and the rig to fall inside. In the hope that the dangerous methane gas escaping from the pit they created would burn off quickly, the scientists set fire to it. It’s been over 50 years since, and the flaming crater is still very much burning. 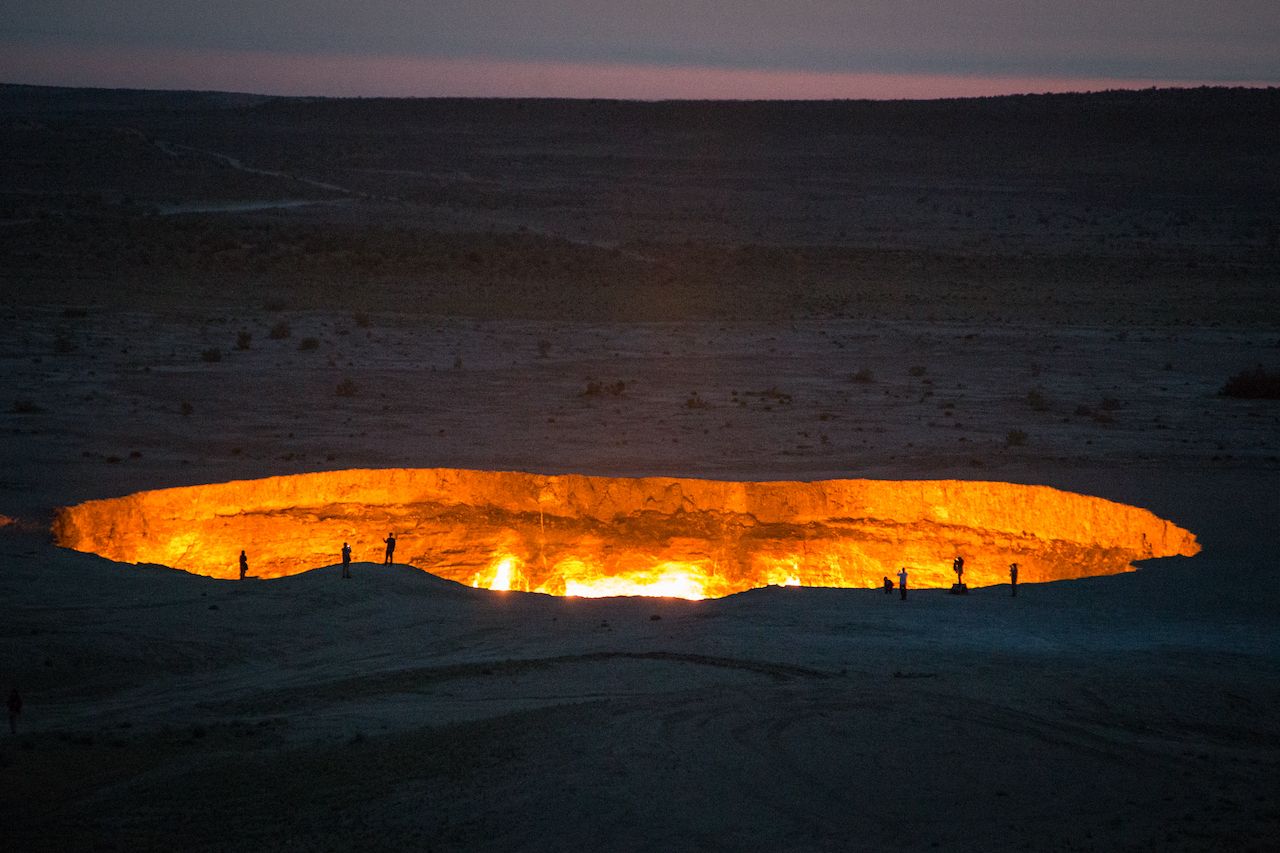 But if the president of Turkmenistan, Gurbanguly Berdimuhamedow, has anything to do with it, the end is near for the Gates of Hell (or, as Berdimuhamedow officially renamed the crater in 2018, the “Shining of Karakum”).

In a televised announcement on January 8, 2022, Berdimuhamedow instructed officials to find a solution to put out the fire, citing concerns for the environment, the health of the people living nearby, and the loss of an economic opportunity.

“We are losing valuable natural resources for which we could get significant profits and use them for improving the well-being of our people,” he said during his television appearance, the Associated Press reports.

Back in August 2019, when Berdimuhamedow was filmed doing donuts next to the gas crater in a rally car, he did not seem too bothered about its existence, but it’s clear he’s had a change of heart since then.

If you want to see The Gates of Hell in all of its 230-foot-wide, 65-foot-deep flaming glory, then it’s now or never. Just know that getting a visa to Turkmenistan is not a walk in the park, as the country has been called “the new North Korea of travel“.

TravelTurkmenistan is the new North Korea of travel
Tagged
News Turkmenistan
What did you think of this story?
Meh
Good
Awesome

Turkmenistan is the new North Korea of travel

I stayed in Turkmenistan in a hotel run by secret police