Underwater museums are growing in popularity, but one museum is making an underwater attraction accessible to visitors without the use of diving gear. A new museum project conceived by architecture studio ZJA is set to house the shipwreck of the historic 18th-century Amsterdam, currently sunk off the coast of England. 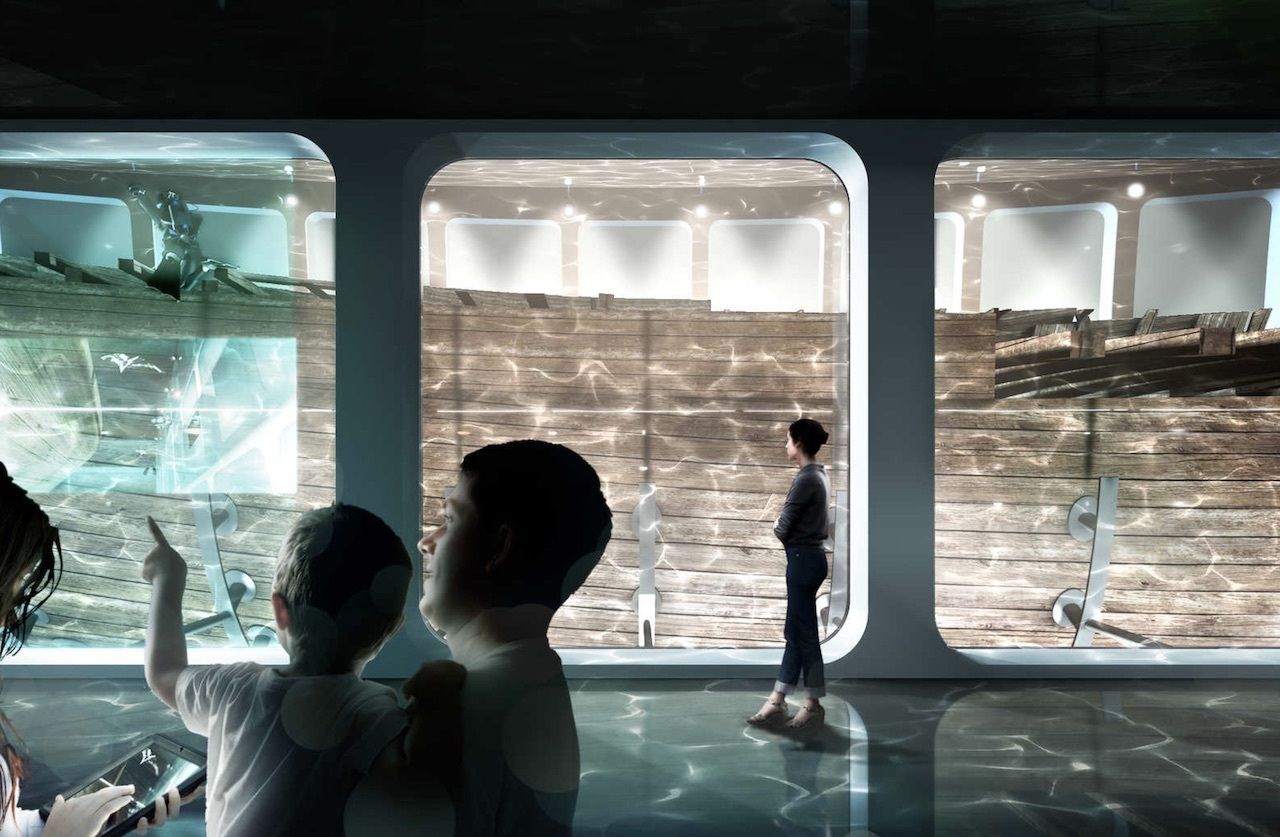 The museum, called Docking the Amsterdam, will be built around a glass tank containing the wreck, and probably displayed in Amsterdam where the shipyard was originally located. The glass tank will allow visitors to view it from all angles while it remains underwater.

Built in the 18th century by the Dutch East India Company (VOC), the ship was beached in 1749 close to the town of Hastings in the UK after becoming unsteerable. The ship was quickly covered in large amounts of sand and the ship and cargo were unusable. With time, surf, and sand, the wreck has eroded, but the hull and contents, however, remain largely intact. 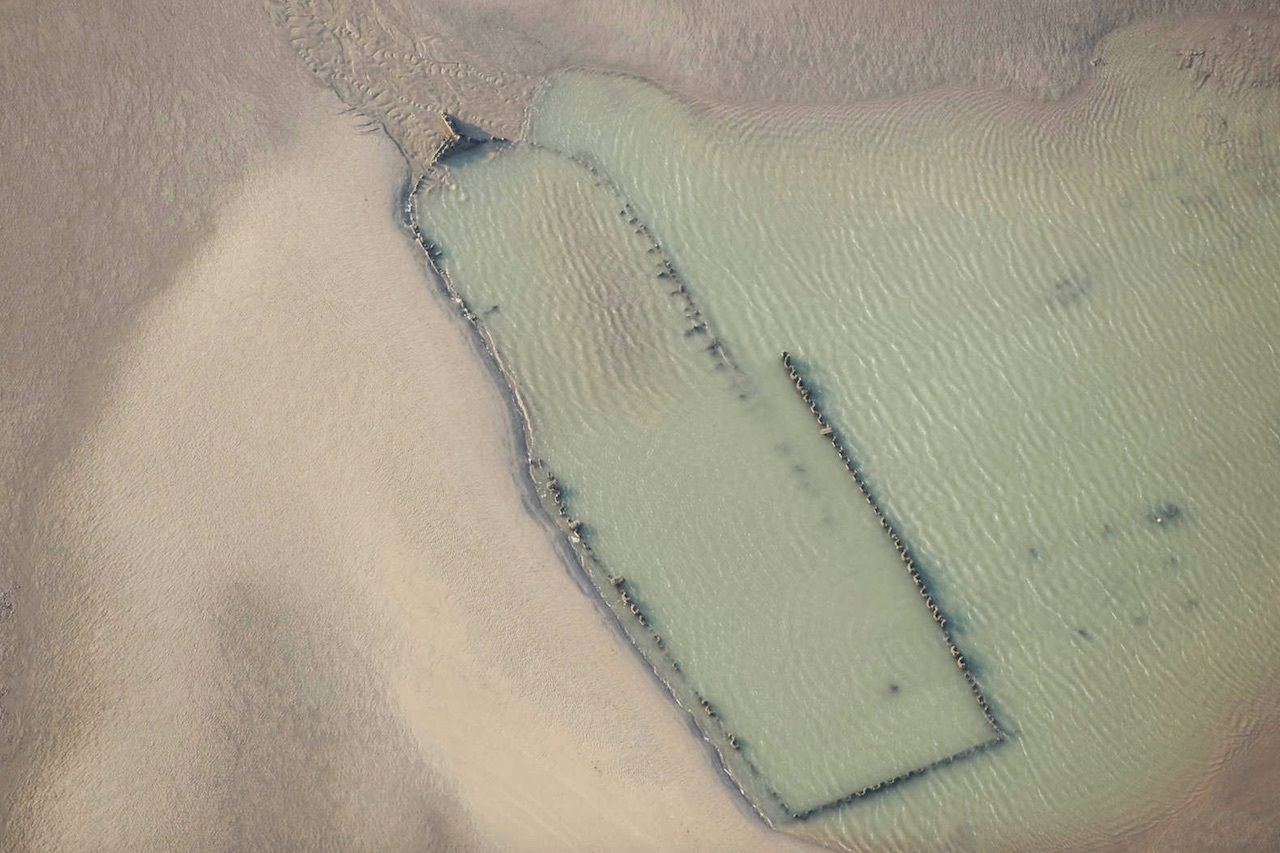 The VOC foundation is responsible for salvaging the wreck from its current unsafe site and creating a research facility for archaeologists to explore the site. They hope the new museum — complete with exhibition spaces — will educate visitors about Dutch maritime history, including its involvement in the slave trade and the consequences of slavery to this day.

ZJA told Dezeen, “The urgency of the project is twofold. Firstly, the ship was constructed by the VOC. Today’s perspective on the history of colonialism, the slave trade and international trade makes reassessment and discussion essential. Secondly, the wreck is now in a place with a huge tidal range, the currents that accompany this are eroding the wreck.” 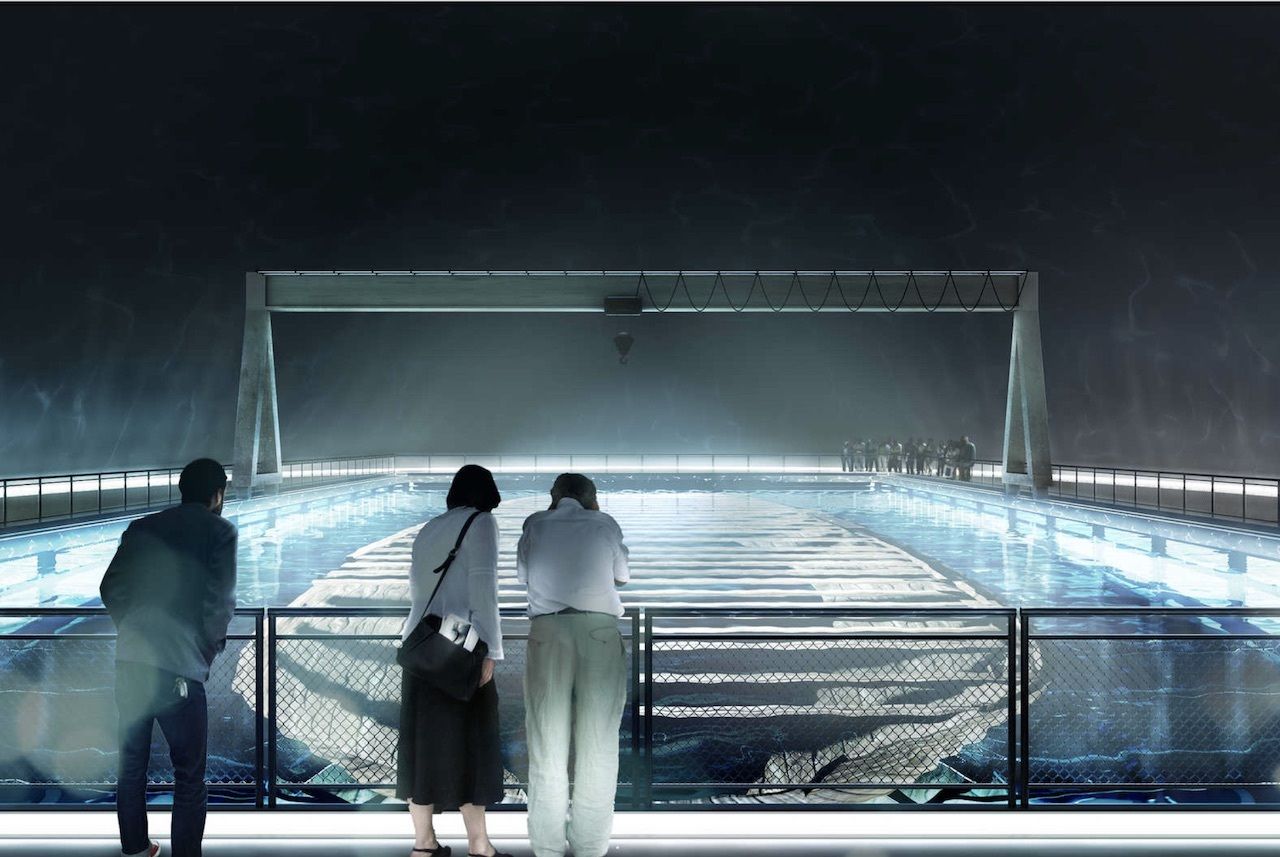 Relocating the ship will require lifting it from the seabed using a large, specially made salvage dock, which will then be sailed to Amsterdam and transformed into an underwater museum.

Little is known about the museum’s exact design, but its interior is expected to feature large glass areas so visitors can see the wreck from all angles. Around the wreck and above water, there will be a walkway so the ship can be easily seen from above. The museum will be sheltered by a large and illuminated white canopy . 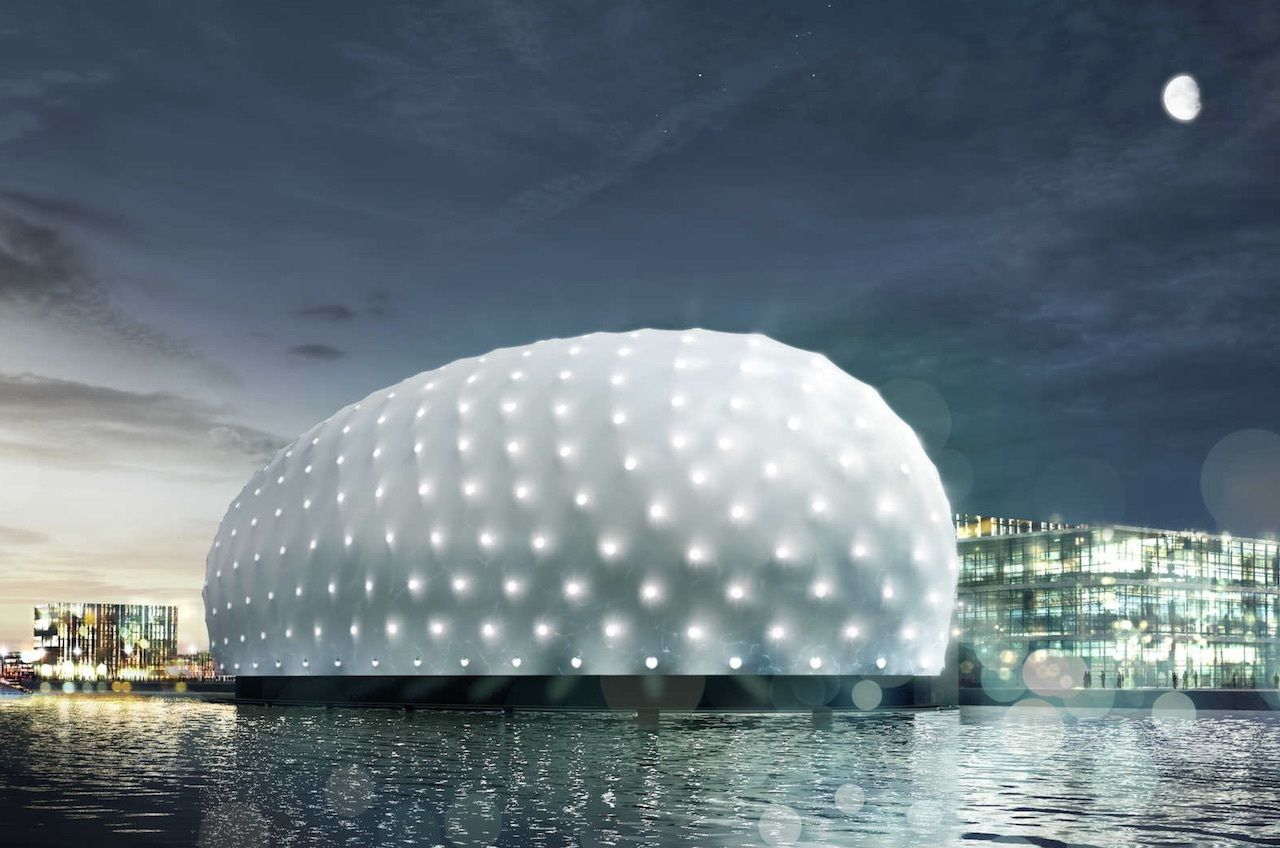 Docking the Amsterdam is not expected to open until 2025.

Museums10 Museums That Are Just as Cool on the Outside as They Are on the Inside
Tagged
Museums News
What did you think of this story?
Meh
Good
Awesome