If you haven’t heard of the Italian city of Curon, it’s probably because it’s been submerged underwater for the past 70 years.

The village, located in the province of South Tyrol, was home to hundreds of residents before being flooded by a hydroelectric plant and the unification of two nearby lakes in 1950, resulting in the creation of Lake Resia. Now that the lake is being drained for maintenance, Curon has finally emerged, and tourists are able to see it for the first time in seven decades.

The draining began a few months ago, and the lake was completely dry by April. Now remnants of the town like bricks, rubble, steps, and some walls, are visible. Since hotels in the area have been closed due to COVID-19 restrictions, few noticed Curon’s reemergence until lockdown rules were lifted, and people started sharing images on social media.

Local resident Lucia Azzolini told Reuters, “It was strange for me to walk among the rubble of houses, I felt curiosity and sadness.” 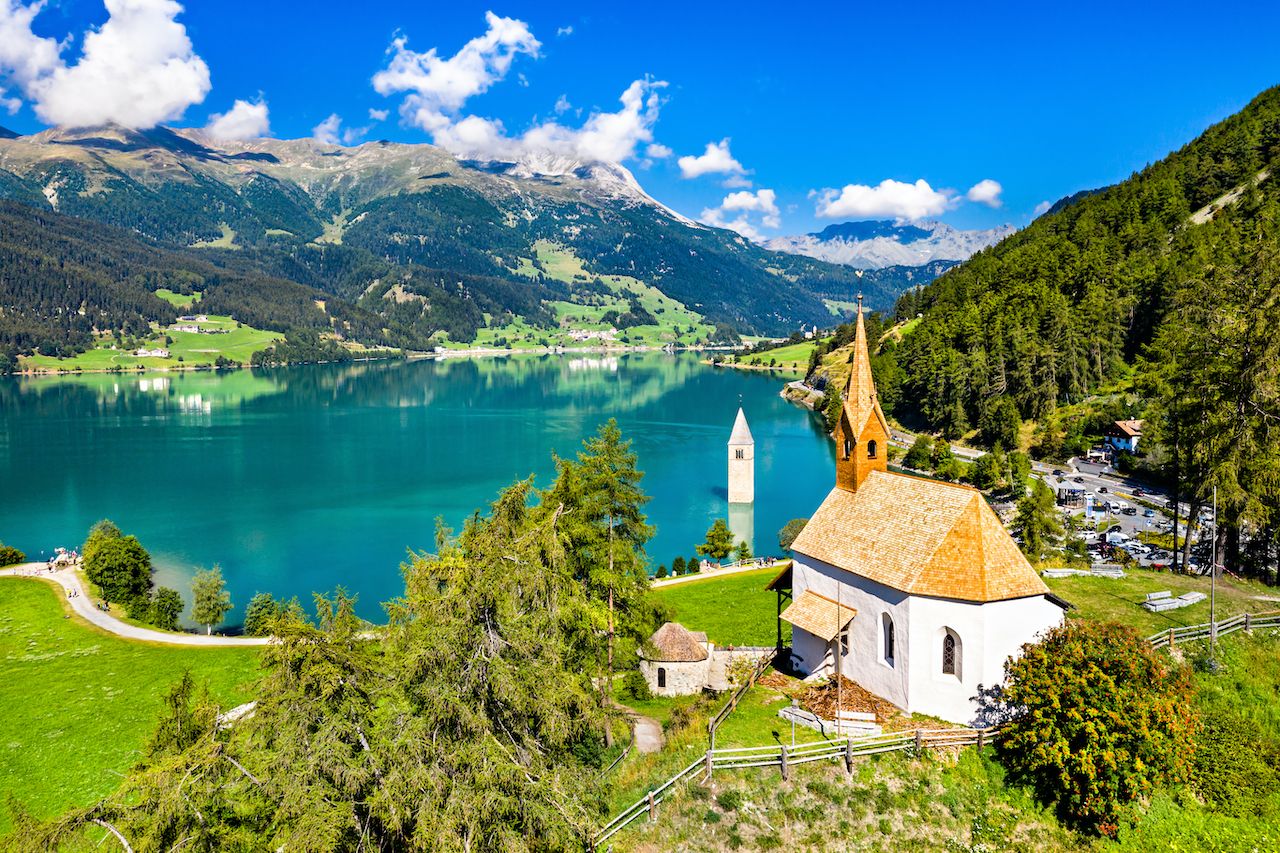 Previously, residents and visitors were only able to see the church bell tower that has been poking out of Lake Resia for decades.

Unfortunately, you don’t have long to enjoy Curon before it returns to its watery grave. A power company has already started releasing water back into the lake, and in a couple of weeks it should be completely full, once again hiding the village’s remains from view.

TravelThe Best Place To Go in Italy for Every Type of Traveler
Tagged
News
What did you think of this story?
Meh
Good
Awesome