We’ve all been there. One minute we’re enjoying the fresh air on a warm summer day, looking ahead to a free weekend, when, suddenly, the mood to go camping strikes. Hard. But all the best campsites have already been booked.

Securing a place to pitch a tent can be tough between Memorial Day and Labor Day. Luckily, America’s most coveted campgrounds generally start taking summer reservations during ski season, with sites bookable six months prior to your date of arrival on a rolling basis. Meaning if you want to spend the Fourth of July weekend in a popular wilderness area, you should be ready to book by 10:00 AM EST on February 4. Recreation.gov is the best resource for booking national park campsites while Reserve America is helpful for state parks and other protected spaces.

With campsites beginning to open up for booking for the coming summer season, and with Memorial Day just six months away, now’s the time to reserve your dream campsite. For inspiration, here are nine of America’s favorite campgrounds that you don’t want to sleep on. 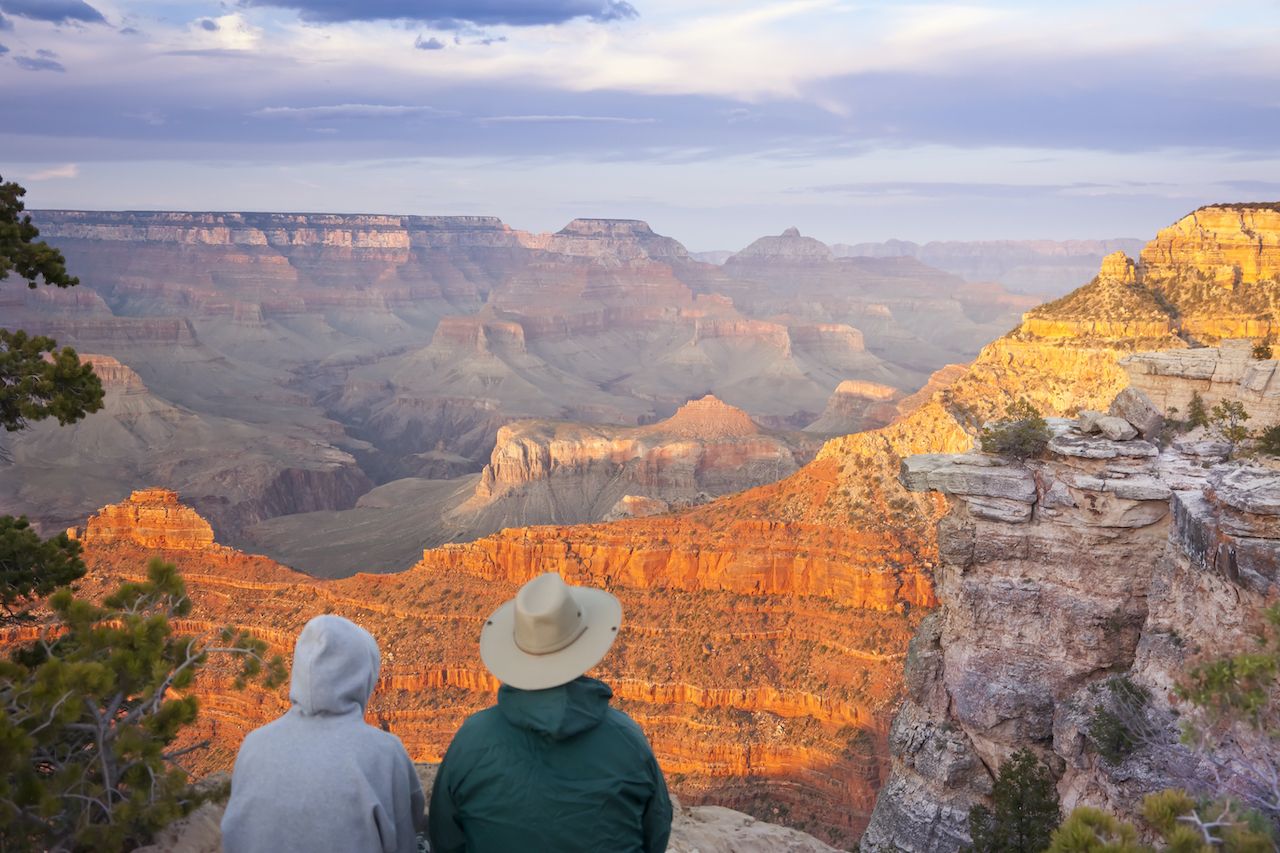 Named for the first director of the National Park Service (NPS), Mather is the sole campground in Grand Canyon Village, located on the South Rim of Grand Canyon National Park. It’s the largest and busiest of the park’s three campgrounds, owing to its 327 tent and RV sites and proximity to the visitor center, shuttles, and trails. Mather’s also relatively cushy, making it a stress-free choice for families and newer campers. All sites come with a campfire ring, grill grate, and picnic area, plus shared amenities like showers, laundry facilities, and a nearby general store. Mather will open in March in 2020, and reservations are highly recommended. 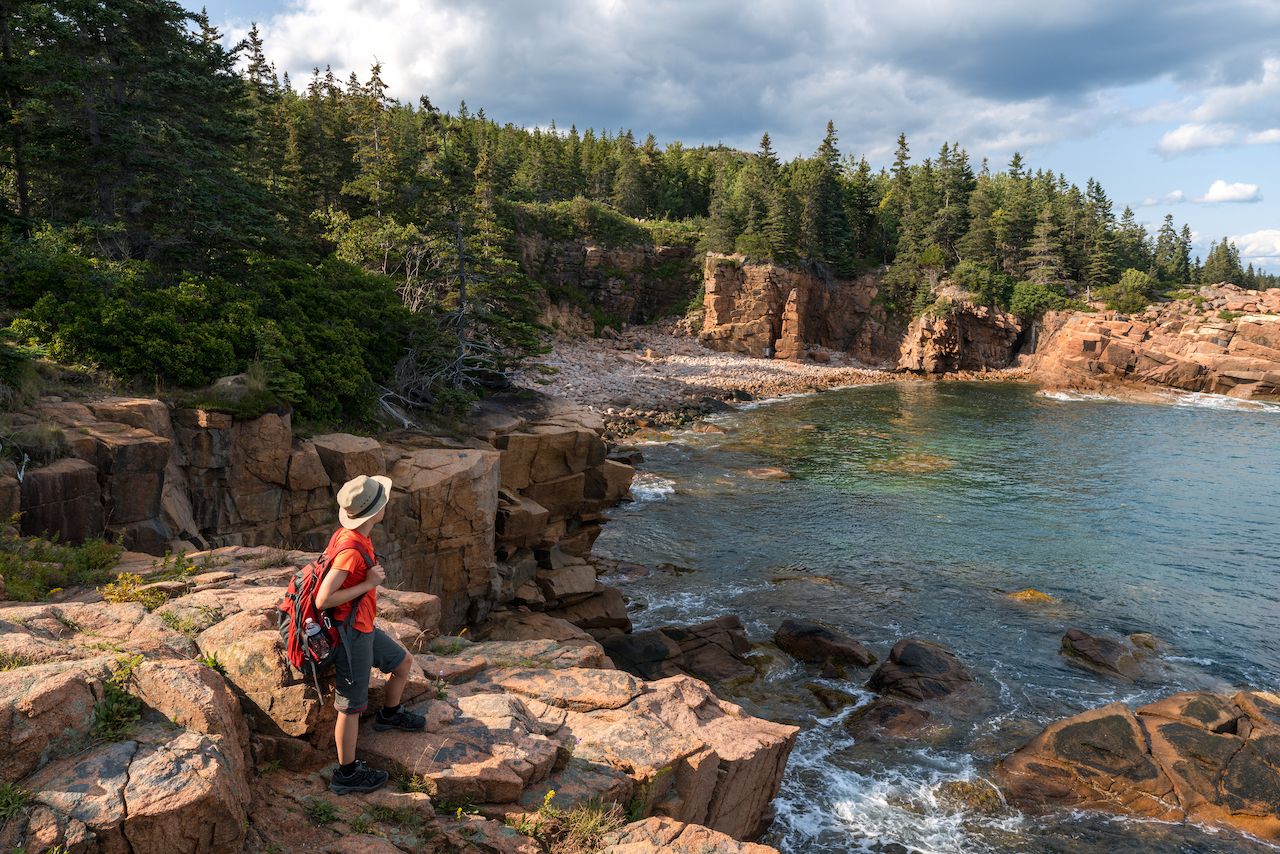 Maine’s Acadia National Park protects the far Northeast’s Atlantic coast, celebrating its islands, headlands, woodlands, and rocky beaches. The park has three campgrounds, all of which operate on a reservation-only basis. Blackwoods is the most popular, located roughly five miles south of Bar Harbor and just 10 minutes from the ocean. The NPS warns that Blackwoods tends to fill up from mid-June to mid-October, and reservations can only be made online. Though not quite as competitive as Blackwoods, Seawall is another campground worth keeping your eye on. It sits on the western end of Mount Desert Island and is known for its relative seclusion, rugged scenery, and romantic Bass Harbor Lighthouse. 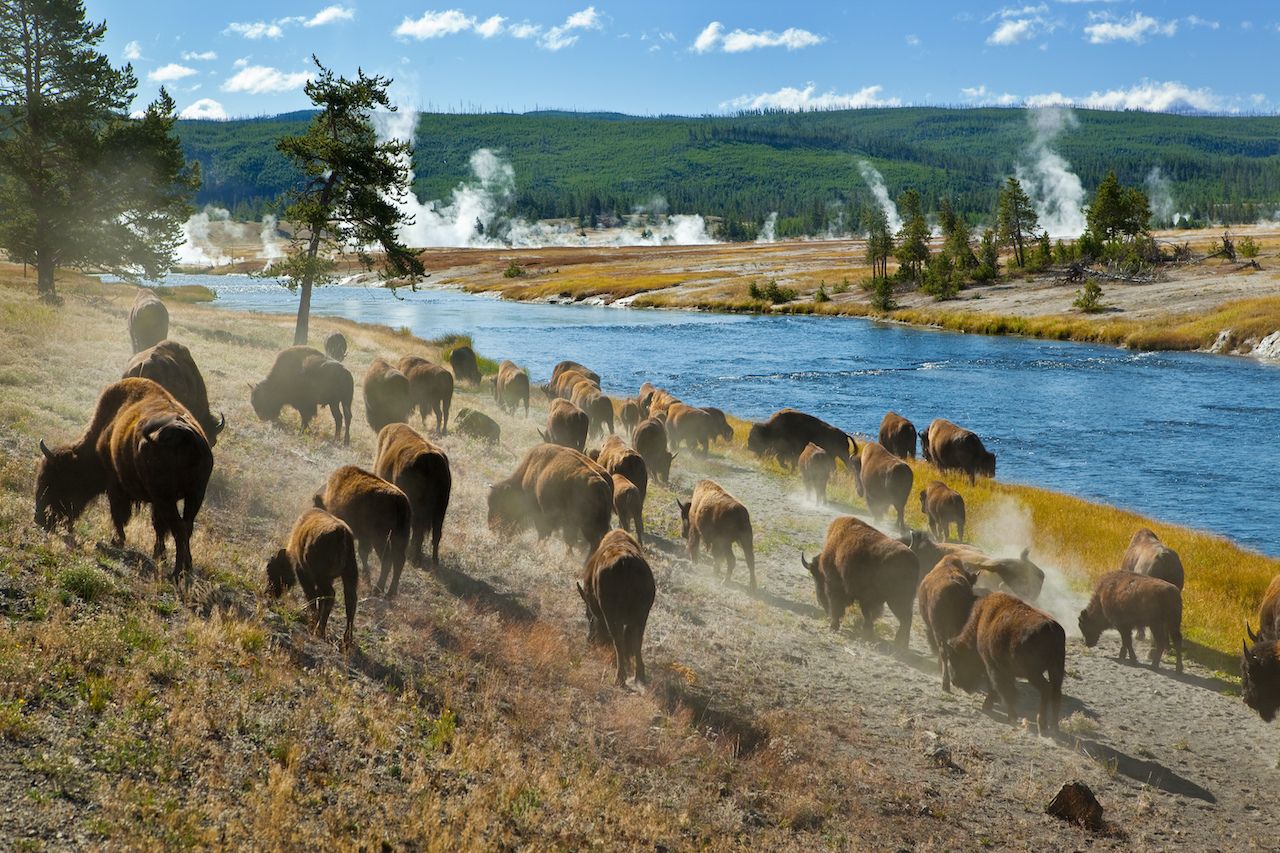 It’s not surprising that campsites in America’s first national park are a hot commodity. Of Yellowstone’s 12 campgrounds, five allow reservations, and Madison’s 278 sites are some of the fastest to book up. (You can also reserve sites at the Bridge Bay, Canyon, Fishing Bridge RV Park, and Grant Village campgrounds.) Accessible by way of the park’s West Entrance, Madison sits 16 miles north of Old Faithful on the river it’s named after, a popular spot for anglers. It’ll open on May 1 in 2020, so you can already book a weekend away. 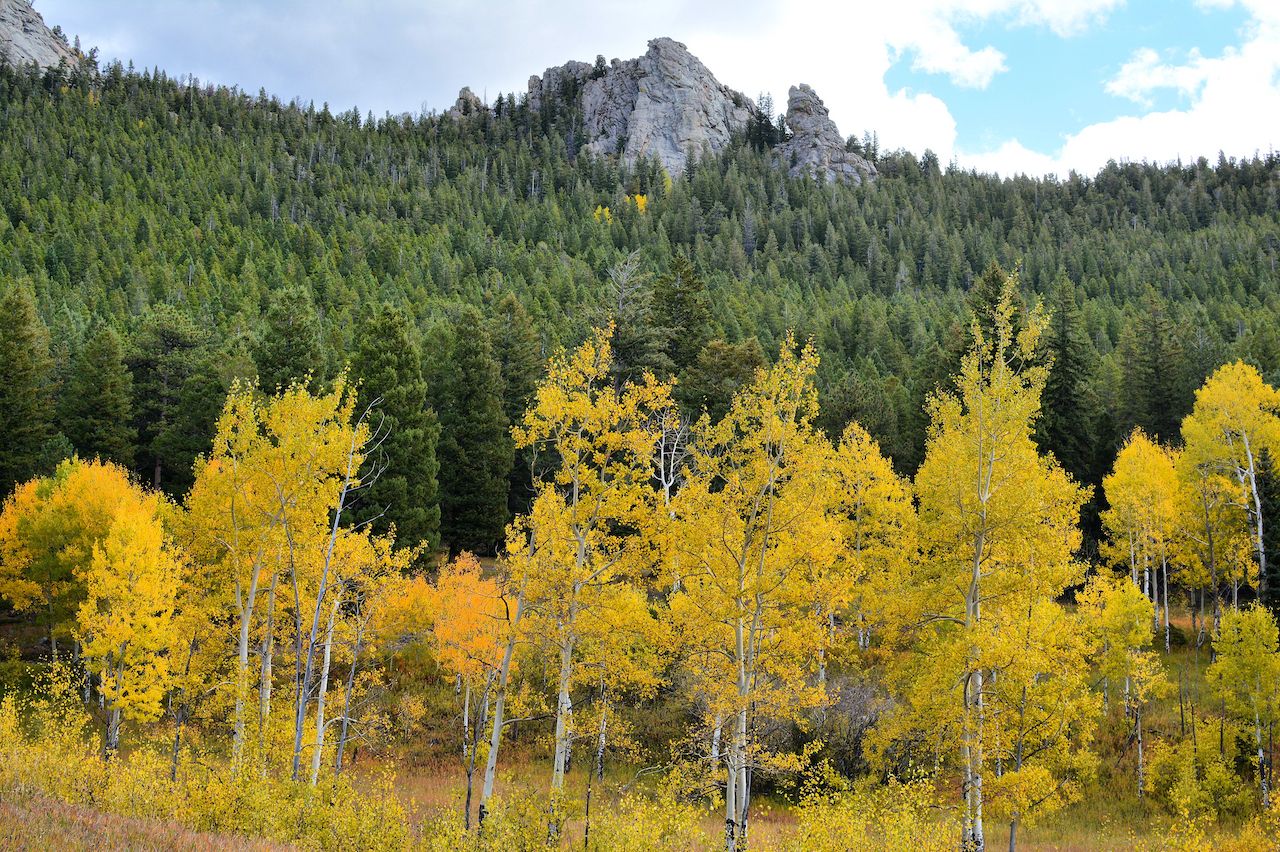 Reverend’s Ridge Campground in Colorado’s Golden Gate Canyon State Park makes camping comfy with sites for tents, RVs, groups, yurts, and cabins, plus amenities like flush toilets and laundry facilities (though you won’t get cell reception or WiFi here). While Golden Gate Canyon is a go-to summer getaway for Denverites, as it’s located just an hour west, Reverend’s Ridge manages to stay pretty peaceful thanks to its relatively secluded loops, ample shade, and fewer than 100 campsites. When you get here, take advantage of hiking trails like the Mule Deer Trail and hike to Panorama Point. 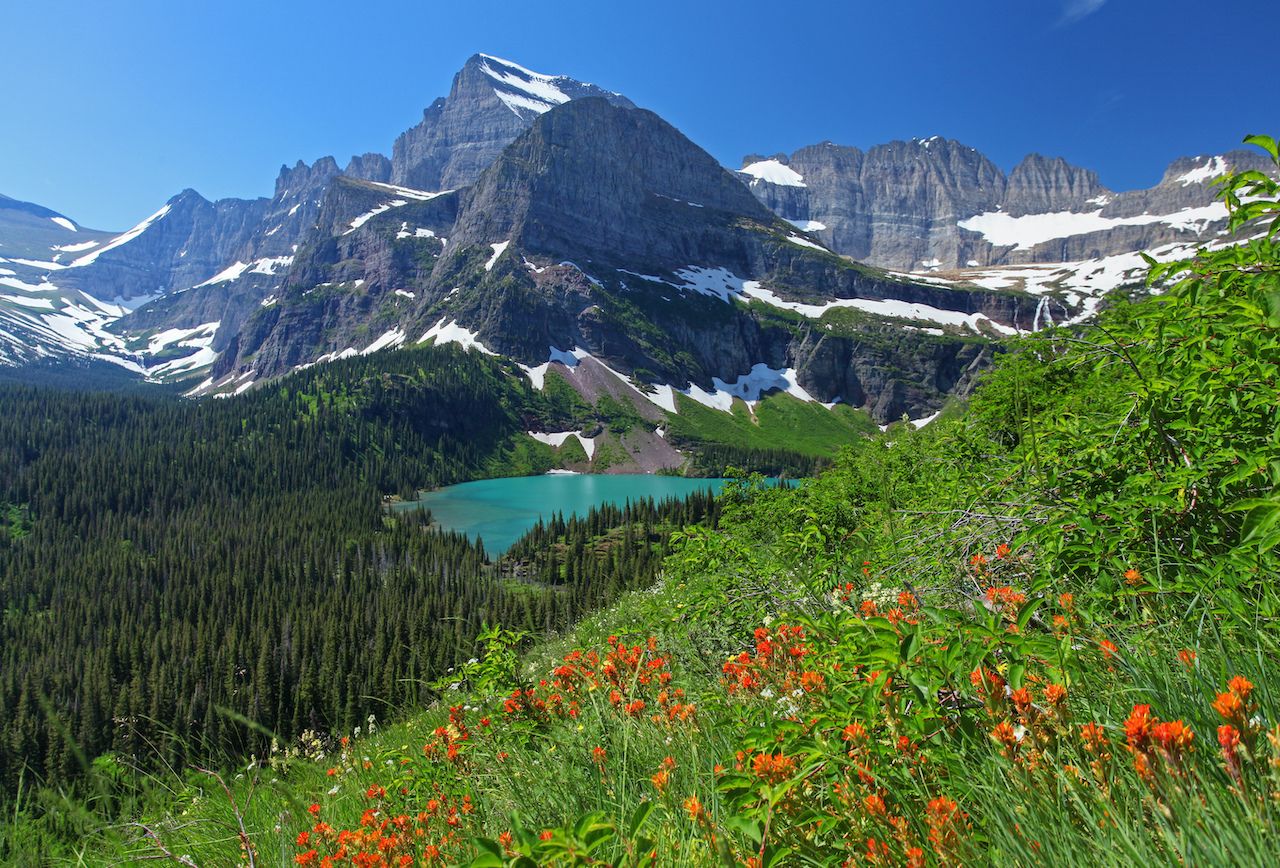 Glacier National Park, located in Montana’s Rocky Mountains, offers around 1,000 campsites spread across 13 campgrounds. Most are first-come, first-served with the exception of Fish Creek, St. Mary, half of Many Glacier, and group campsites at Apgar. Fish Creek is the park’s second-largest campground after Apgar, with 178 relatively private campsites and amenities like restrooms and showers. It’s an excellent place for birding and wildlife-viewing in general around Camas Road. Hikes like the Rocky Point Trail are not to be missed, and you can often count on ranger-led talks and activities at the on-site amphitheater during peak season.

St. Mary is the largest campground on the park’s east side. It’s conveniently located near the visitor center and shuttle system, though it also has its fair share of hiking trails, as well as opportunities to get out on the water. Large parties can book group sites up to a year in advance. 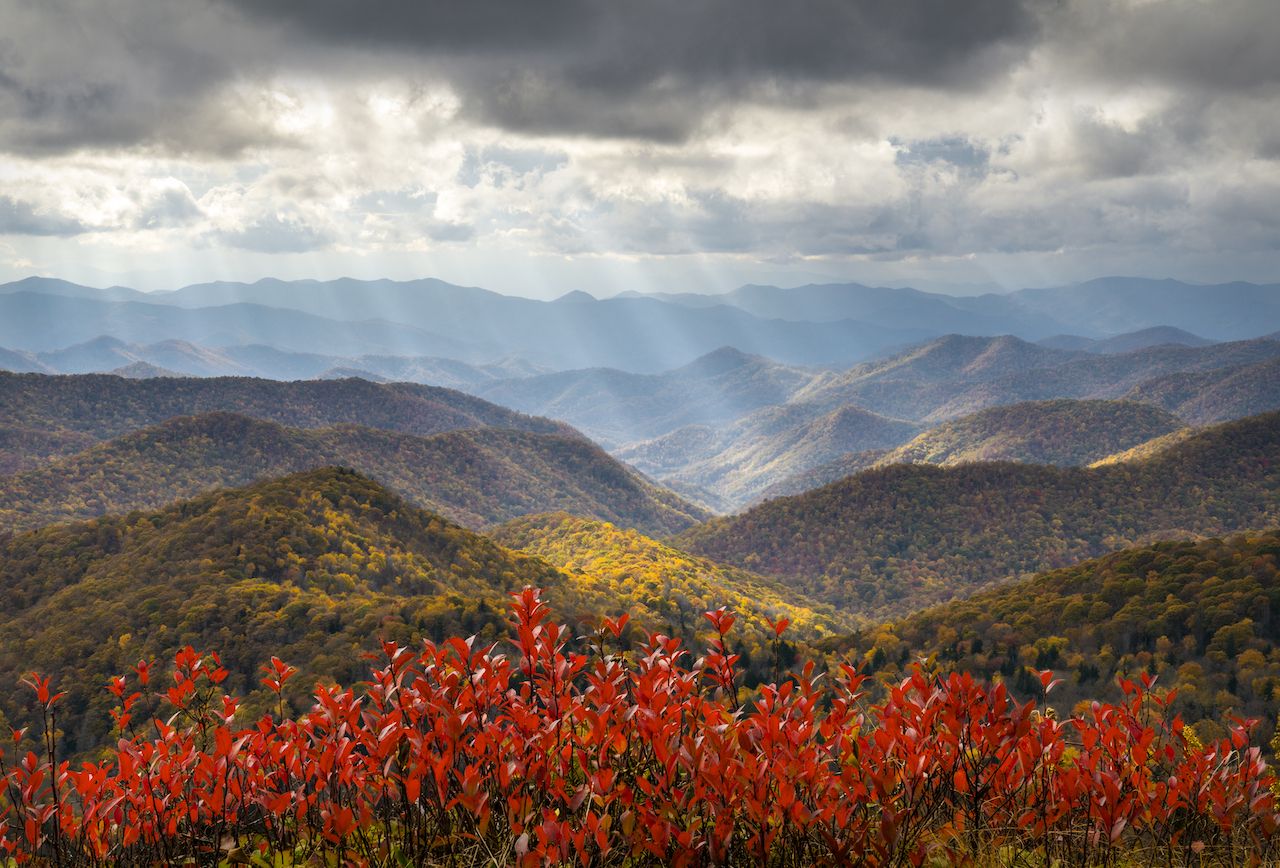 Great Smoky National Park straddles North Carolina and Tennessee. Located just outside of Gatlinburg, the Elkmont Campground typically opens earlier than other campgrounds, which is part of what makes it so popular. It’s also the park’s largest campground with 200 sites for tents and RVs, including 20 walk-in sites. Nearby, the Little River and James Creek make good spots for fishing and cooling off in the water while the summer sun blares down. There are also great hiking trails and a cluster of historic structures from the area’s logging days close by. 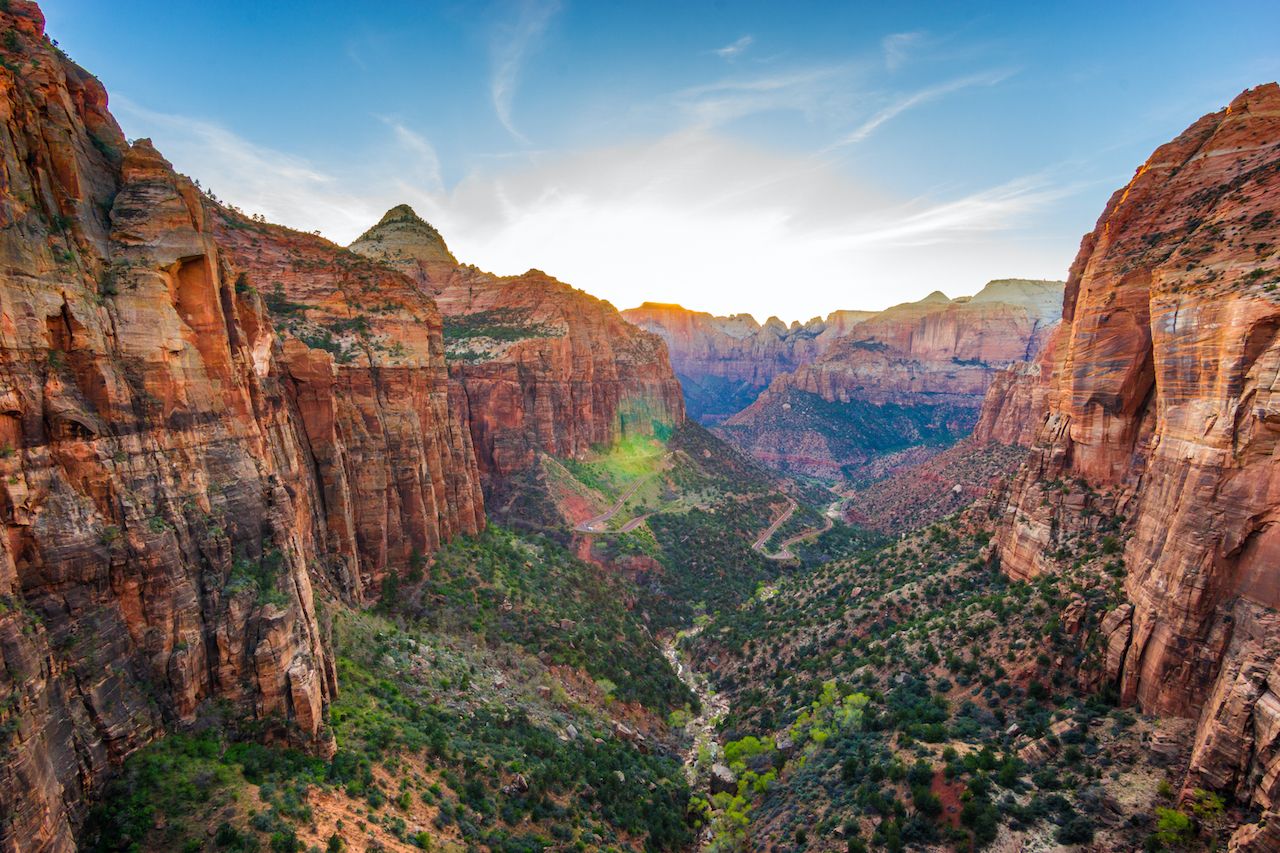 Zion National Park welcomes millions of visitors every year, providing those interested with three campgrounds for overnights. Both South and Watchman, located in Zion Canyon, accept reservations, though South only allows bookings up to two weeks in advance. Watchman is available six months in advance on a rolling basis, and the NPS recommends securing a spot early if you plan on camping from mid-March to late November. Campers have easy access to the visitor center and trailhead shuttles, which also work stops at nearby climbing sites into their routes. 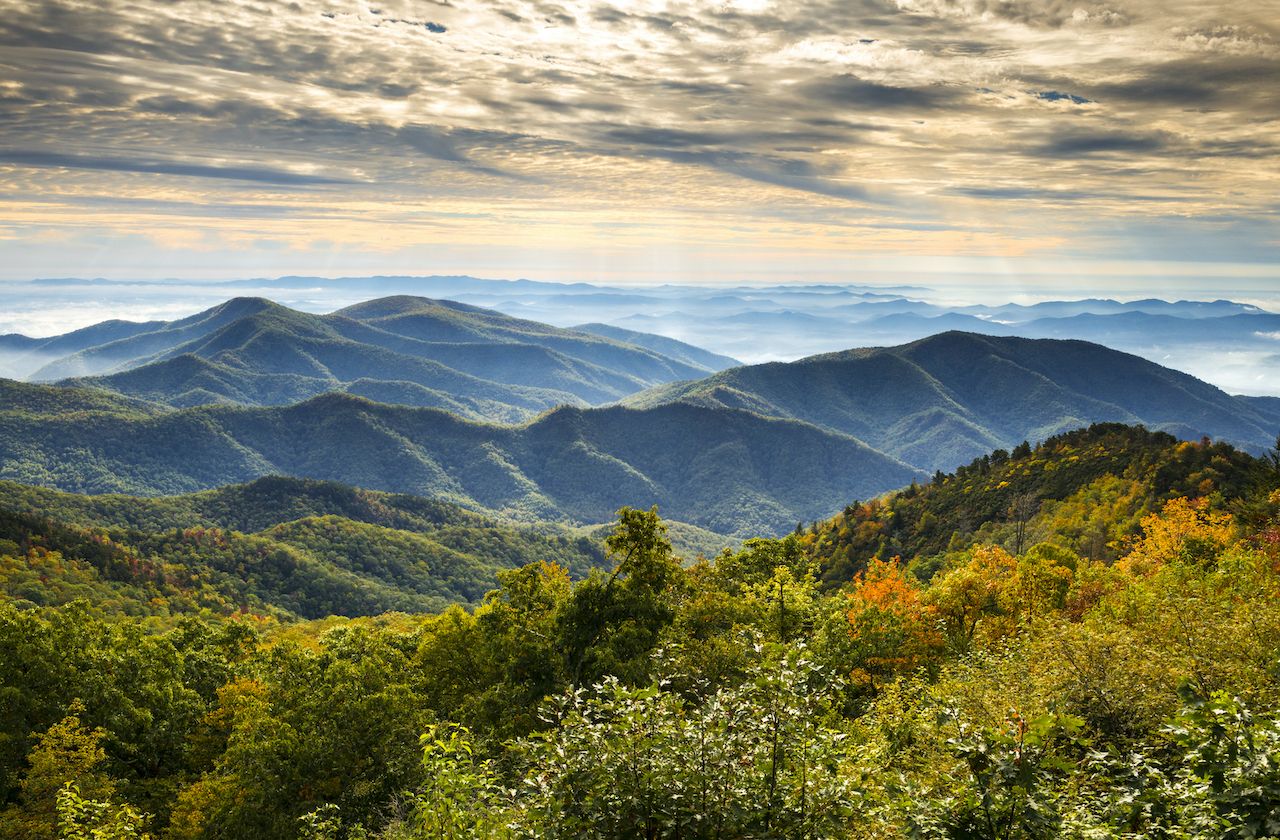 The Blue Ridge Parkway spans nearly 500 miles of Appalachian Highlands in Virginia and North Carolina, connecting the Shenandoah and Great Smoky Mountains national parks. There are eight campgrounds scattered across the parkway, all of which take reservations except Crabtree Falls. The Julian Price Memorial Park Campground sits at the foot of Grandfather Mountain at Milepost 297, a couple of hours northwest of Charlotte, North Carolina, by car. It has 119 tent sites and another 78 for RVs, plus five wheelchair-accessible sites. While here, tackle at least one of the five nearby trails, which include Tanawha and Green Knob. Kayaking, canoeing, fishing, and bouldering are also possible around Julian Price Memorial Park. 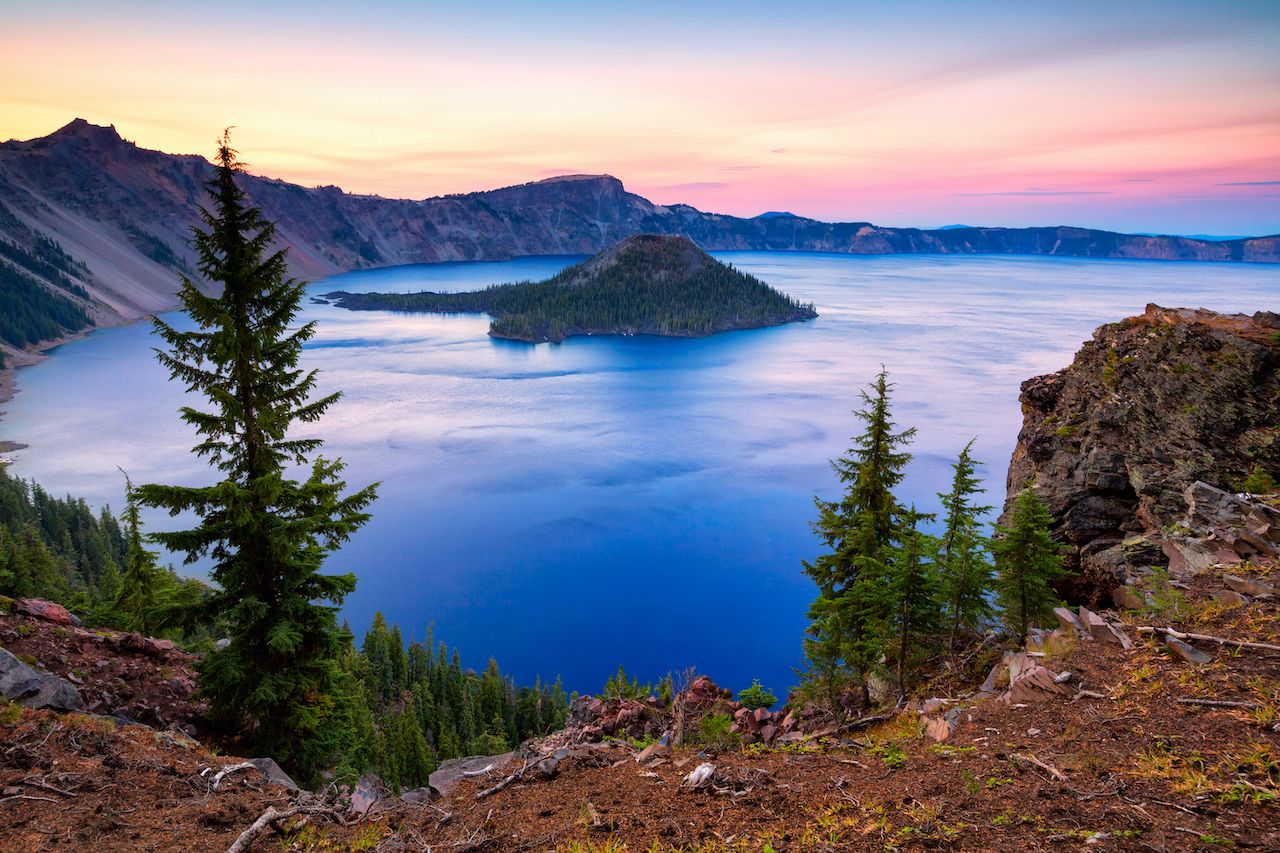 Crater Lake is Oregon’s lone national park, and Mazama is one of just two campgrounds. It’s also the largest, offering 214 sites to the Lost Creek Campgrounds’ 16 sites, and the only one that takes reservations. Mid-July through September is the ideal time to visit, though the park stays crowded throughout the summer months. In 2020, Mazama will be first-come, first-served when the campground opens in mid-June, but reservations will be possible for July through September.