Europe plays host to some of the most coveted destinations on the planet. Countless honeymooners flock to romantic locales like Paris and Rome each year, and hoards of tourists flood major cities from Amsterdam to Barcelona every summer. But trips across the Atlantic require time and effort to plan, and they aren’t exactly easy on the wallet. Fortunately, there are several cities and towns right here in the US that feel so European they’ll have you doing double takes. If you’re in the mood to jet set but don’t want to dust off your passport, consider visiting these continental-inspired must-sees in your own backyard instead. 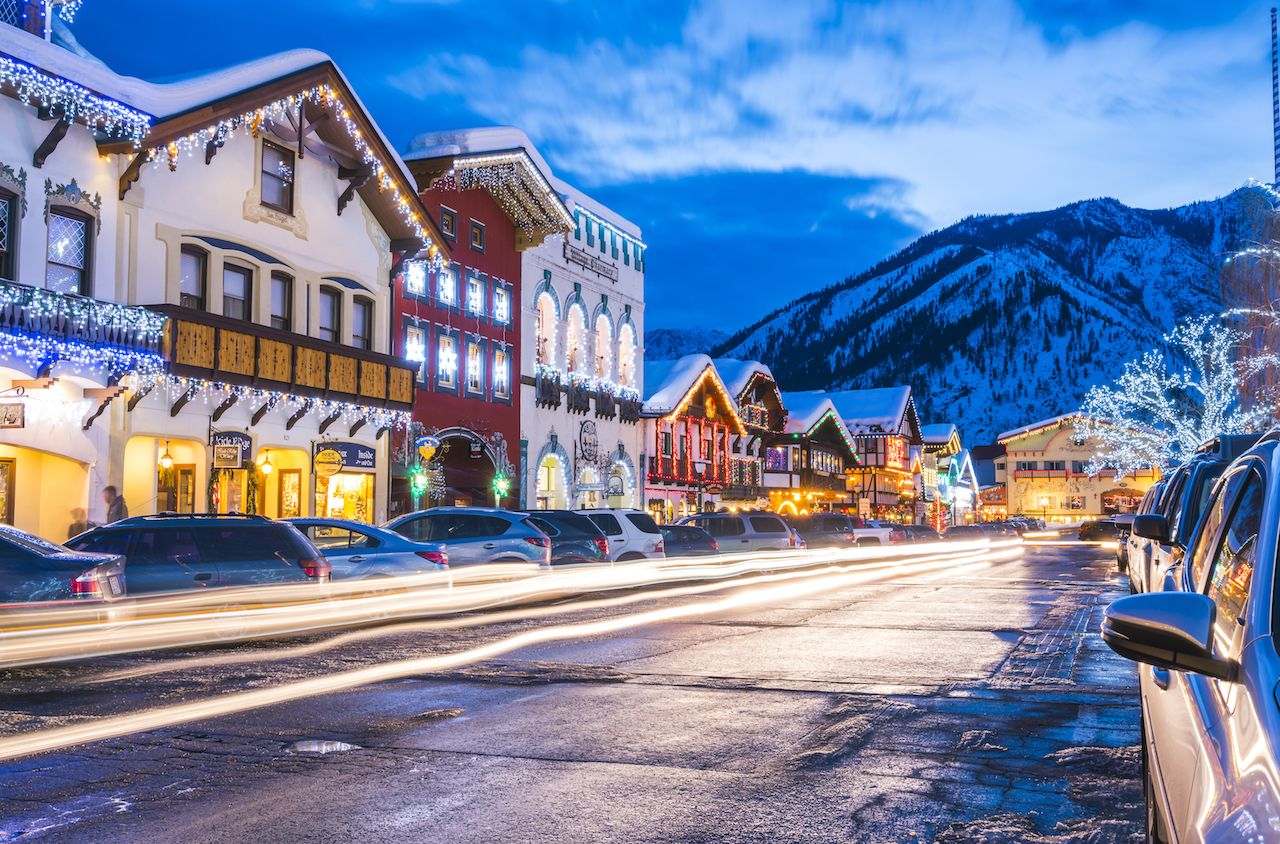 Beer lovers need not travel all the way to Bavaria for a German brew when they can just as easily head to Leavenworth, Washington. Once the headquarters of the Great Northern Railway, this small town roughly 120 miles east of Seattle transformed its city center into a mini Bavaria to boost the local economy in 1962. Today, visitors go crazy for the Alpine-style architecture dominating Front Street; the resident glockenspiel clock, which sounds every 15 minutes; and, of course, the endless supply of brats and wursts. Vegetarians can even enjoy meatless sausages with spicy German mustard at the München Haus beer garden. 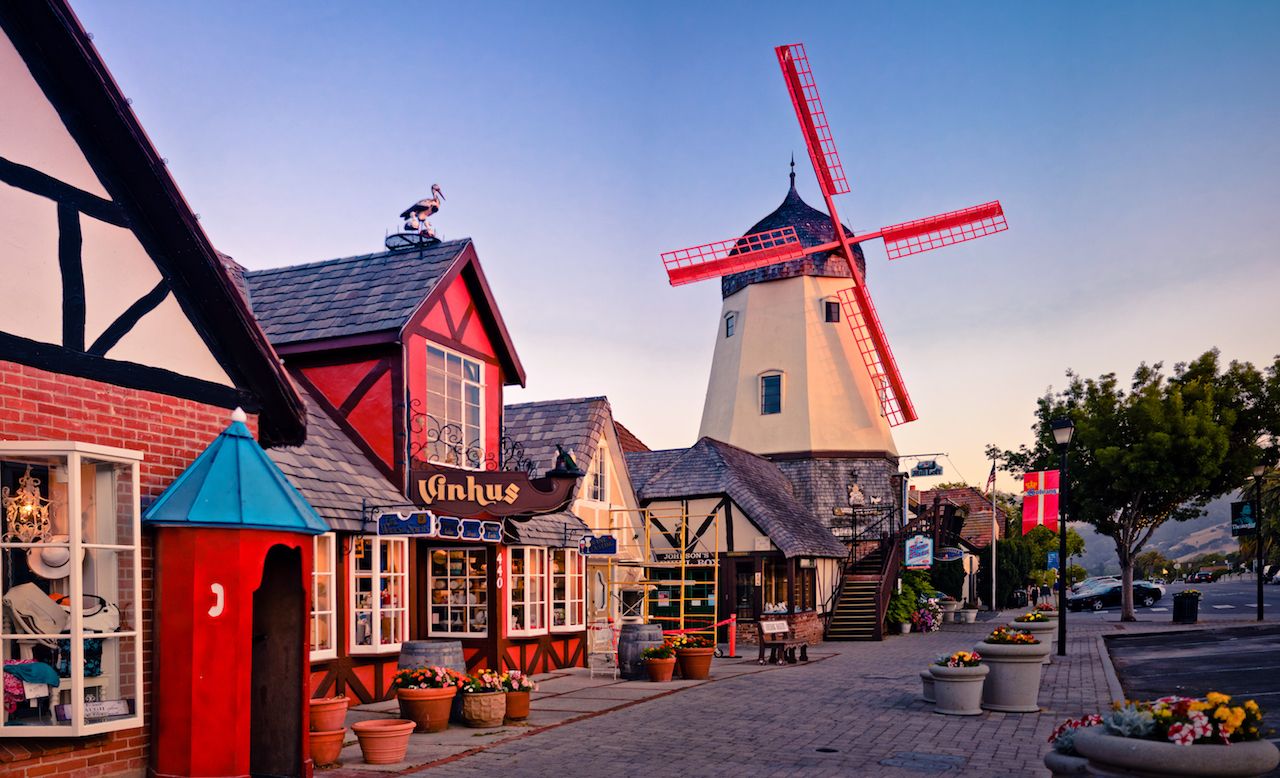 If you’re craving a Danish getaway but don’t want to go bankrupt in expensive Copenhagen, set your sights on Solvang, a little slice of Denmark in the Santa Ynez Valley instead. Fill up on Danish culture between trips to the Elverhøj and Hans Christian Andersen Museums, then take in the sights on the horse-drawn Honen trolley. To make the most of your faux Danish vacation, visit during the Solvang Danish Days heritage festival in September to enjoy treats like the Æbleskiver (pancake puff) breakfast, Viking Beer and Wine Garden, and Old World Artisans Marketplace. 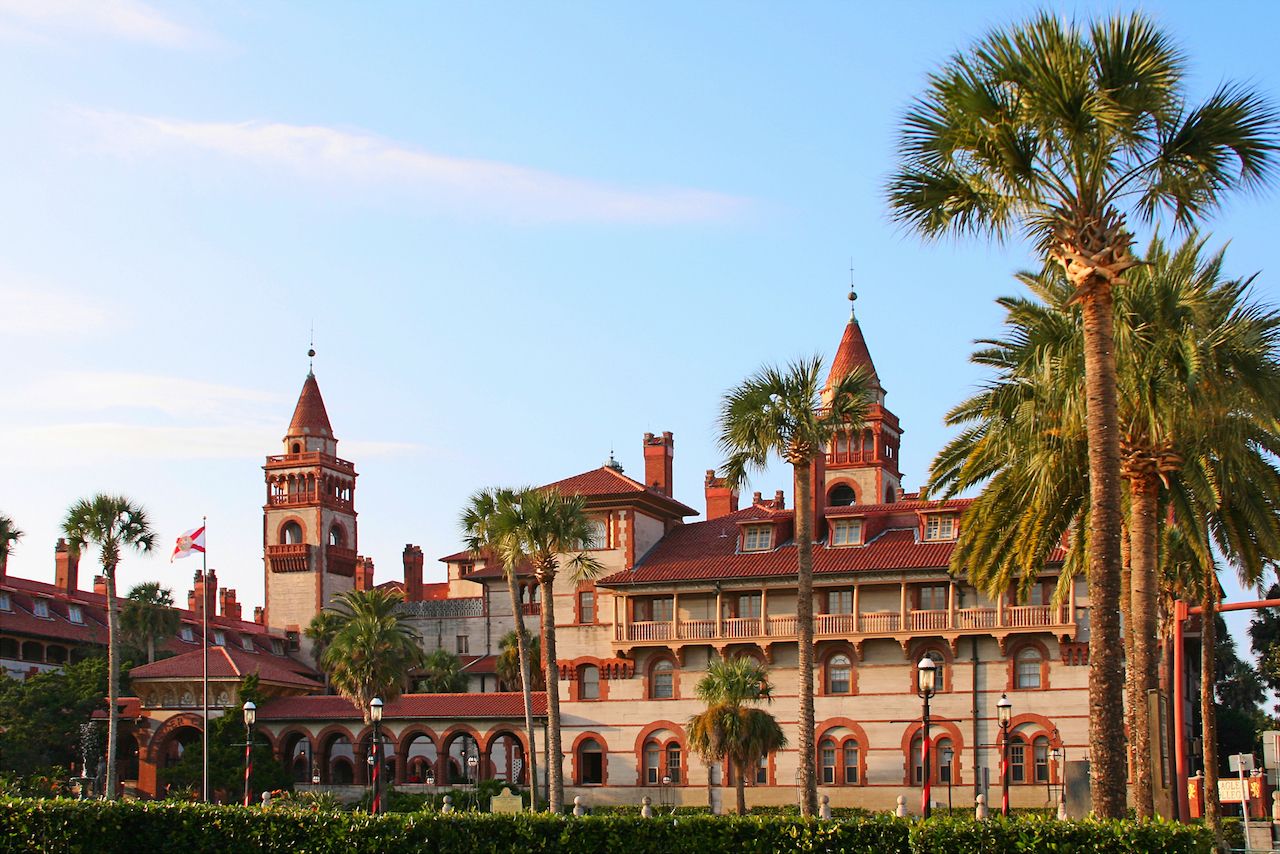 Forget what you heard about Jamestown, Virginia. St. Augustine is the oldest continuously occupied European settlement in the US, and it wasn’t founded by the British. In 1565, Spanish explorers set up camp on the shores of Matanzas Bay, Florida, where traditional customs still thrive. Do your stomach a solid and gobble down authentic Spanish cuisine like paella and tapas before walking it off in the Colonial Quarter to learn about the city’s Spanish-colonial heritage firsthand. Before you leave, be sure to swing by the 17th-century Castillo de San Marcos, a historic fortress overlooking the bay, and get your very own photo on the drawbridge. 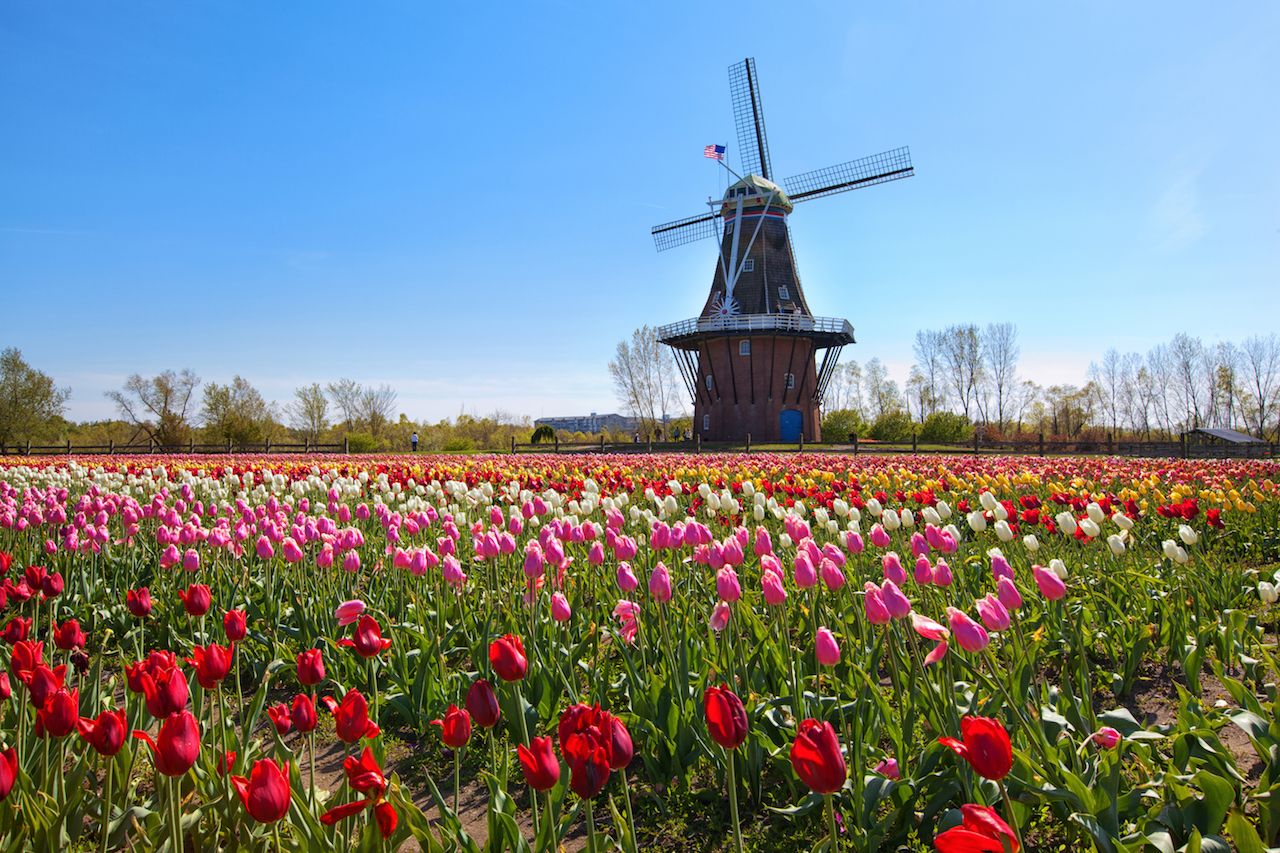 It goes without saying that Holland, Michigan, was founded by Dutch Americans, but there’s more to the city’s European influence than just its name. Tulip beds decorate the city, and every May, there’s a Tulip Time festival filled not only with flowers but also performances by Dutch dancers and musicians, as well as parades led by Dutch-costumed locals. The top attractions in town include the Windmill Island Gardens, where even more flowers surround a still-operational Dutch windmill, and the Holland Museum. There, you’ll find everything from 20th-century Dutch paintings to Delftware, the blue-and-white pottery for which the Netherlands is known. 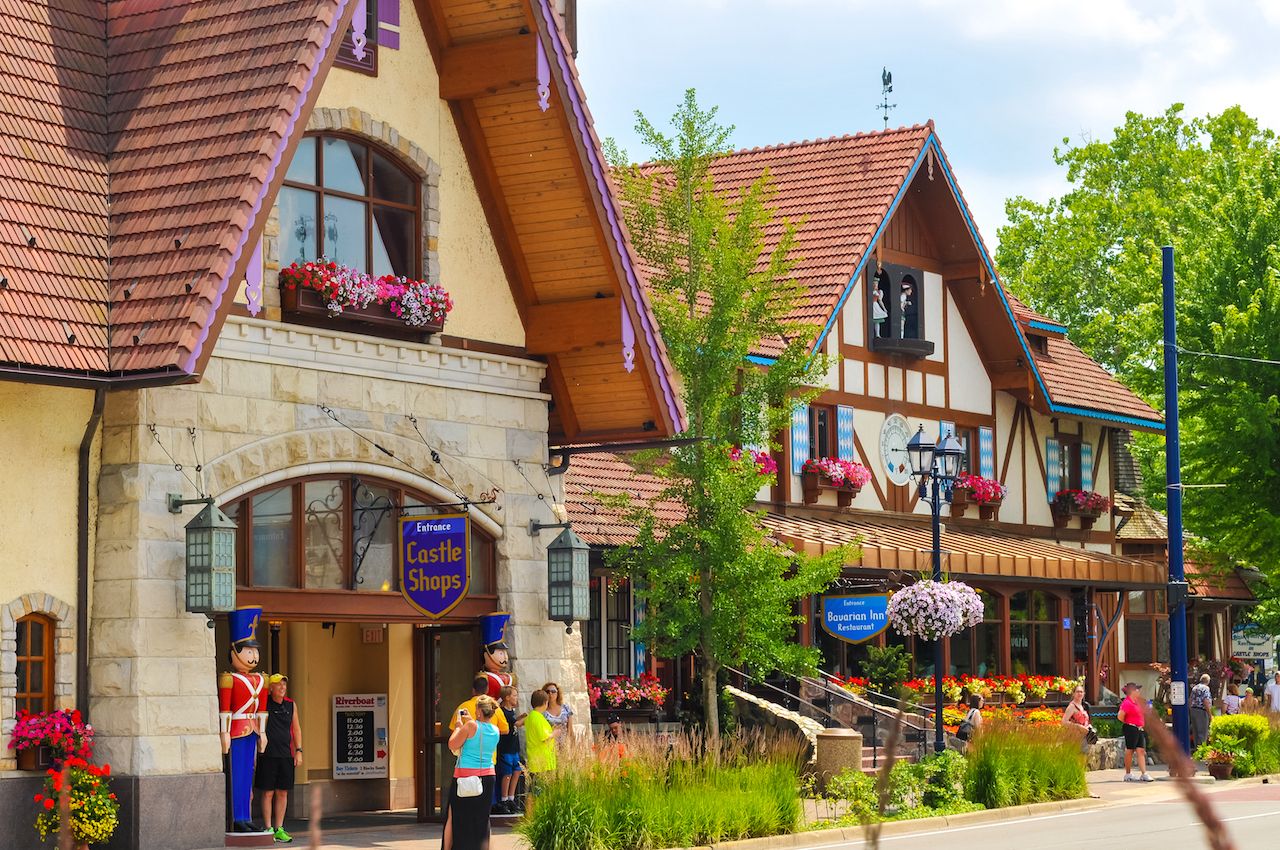 More than three million visitors flock to this city in Saginaw County annually, many of whom come to revel in the Christmas spirit that permeates Frankenmuth throughout the calendar year. The city plays host to the largest Christmas store in the world, Bronner’s, where you’ll find goodies like tree ornaments, advent calendars, and nativity scenes year-round. Beyond trinkets that might as well have been made by Santa’s elves, Frankenmuth has a Silent Night Chapel worth visiting and the Old Christmas Station restaurant, which specializes in continental fare. 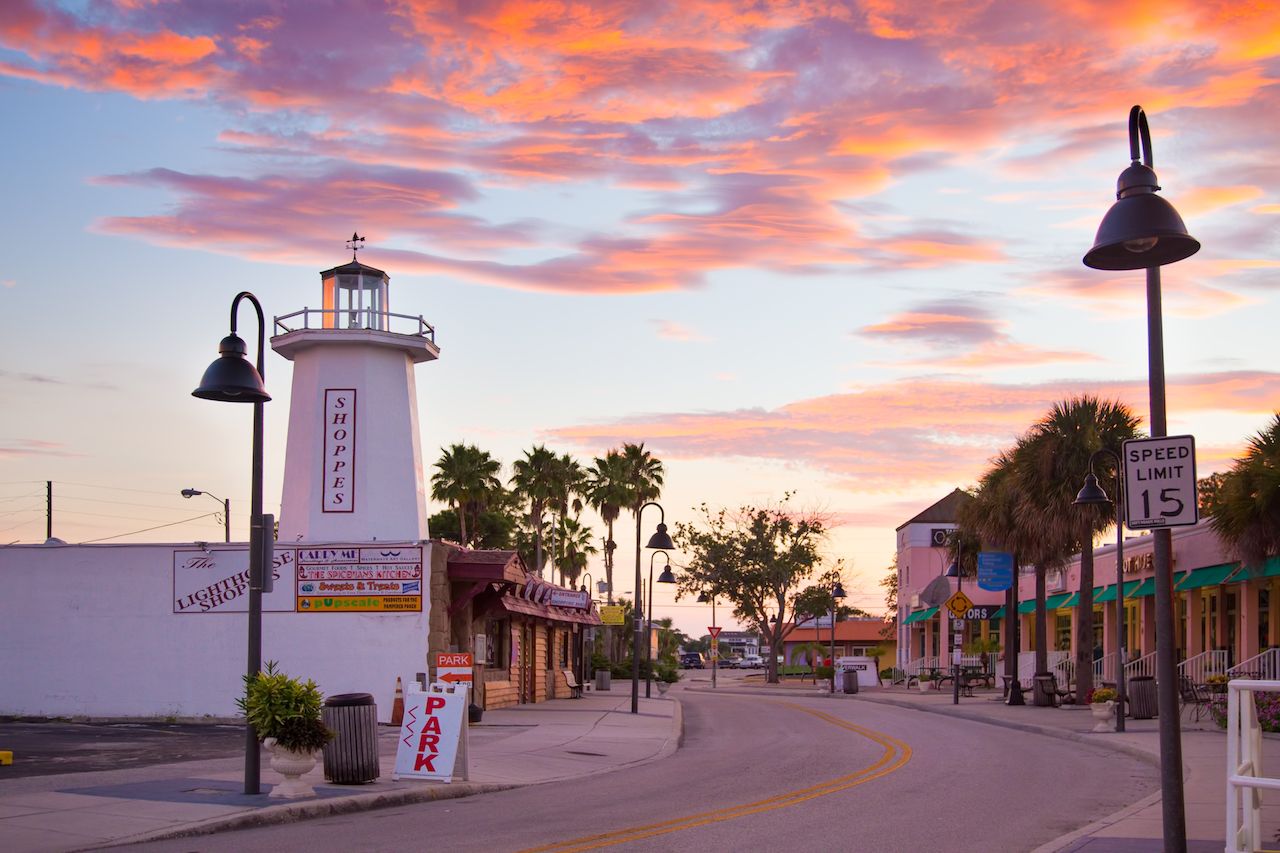 Nowhere in the US is there a larger concentration of Greek Americans than Tarpon Springs, Florida. Stroll along the waterfront near Sponge Docks, and you’ll notice countless shops selling Greek souvenirs, be it traditional garb like the Amalia dress and tsarouchi shoe or Disney movies dubbed in Greek for the kids. If indulgent delicacies are more your thing, try authentic treats like souvlaki and baklava at Hellas Bakery & Restaurant. For a more cultural bent, check out the Neo-Byzantine architecture of the St. Nicholas Greek Orthodox Cathedral or come during Epiphany, an all-day affair highlighted by a competition among male youth to retrieve a wooden cross that has been tossed into Spring Bayou by the cathedral’s archbishop. 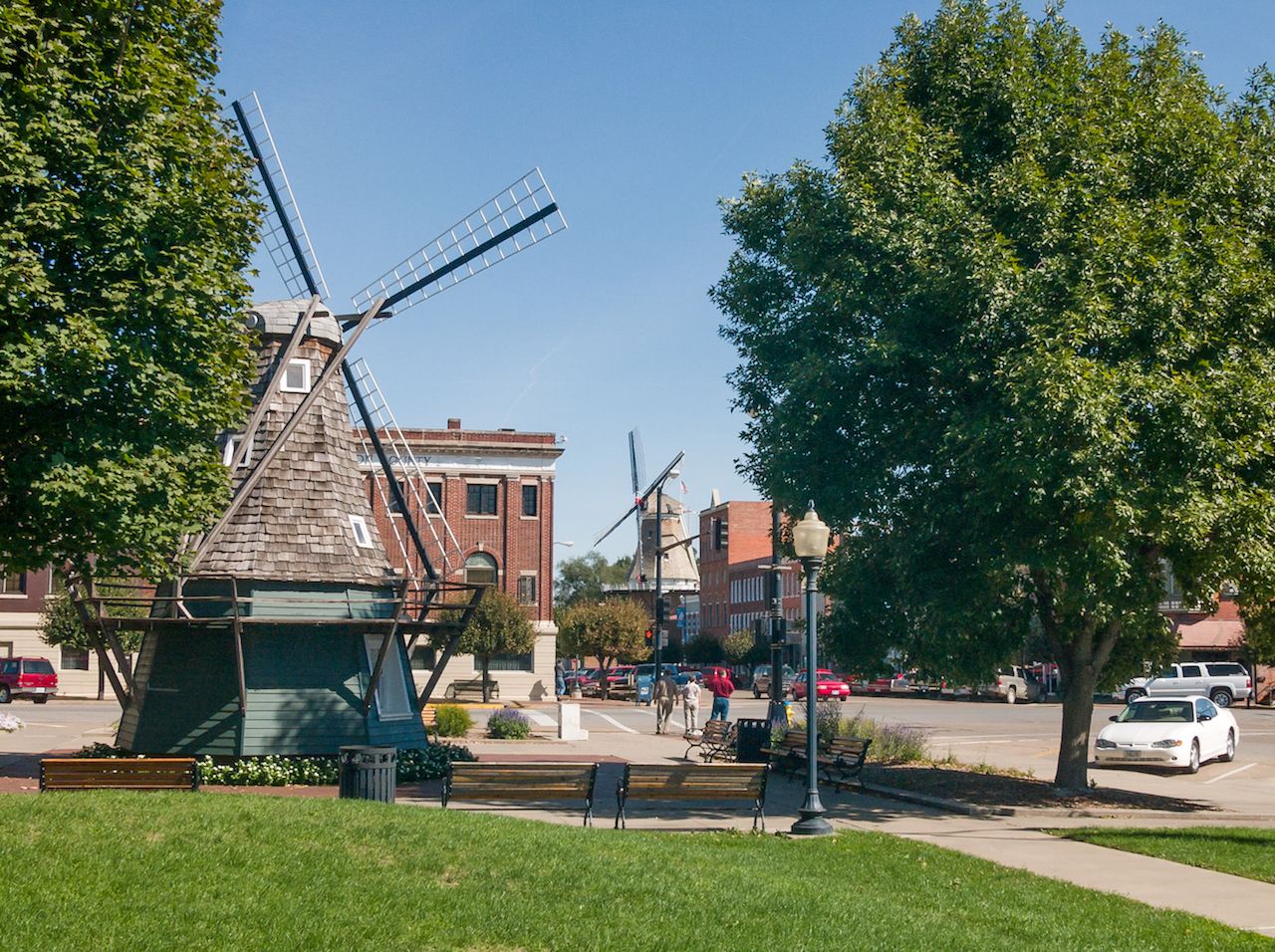 You might not think there’s much to see in Iowa, but it just so happens to host one of the most authentic Dutch heritage centers in the US. Roughly 40 miles southeast of Des Moines, Pella was founded by Dutch immigrants in the 1800s, and residents can still be seen sporting traditional Dutch dress, complete with wooden clogs, during the annual Tulip Time festival held the first week of every May. Work up an appetite taking in the 124-foot Vermeer Windmill, Pella Historical Village, and Scholte House Museum and Gardens in town, then head 15 minutes southeast of the city to sample proper Dutch Gouda at the Frisian Farms Cheese House. 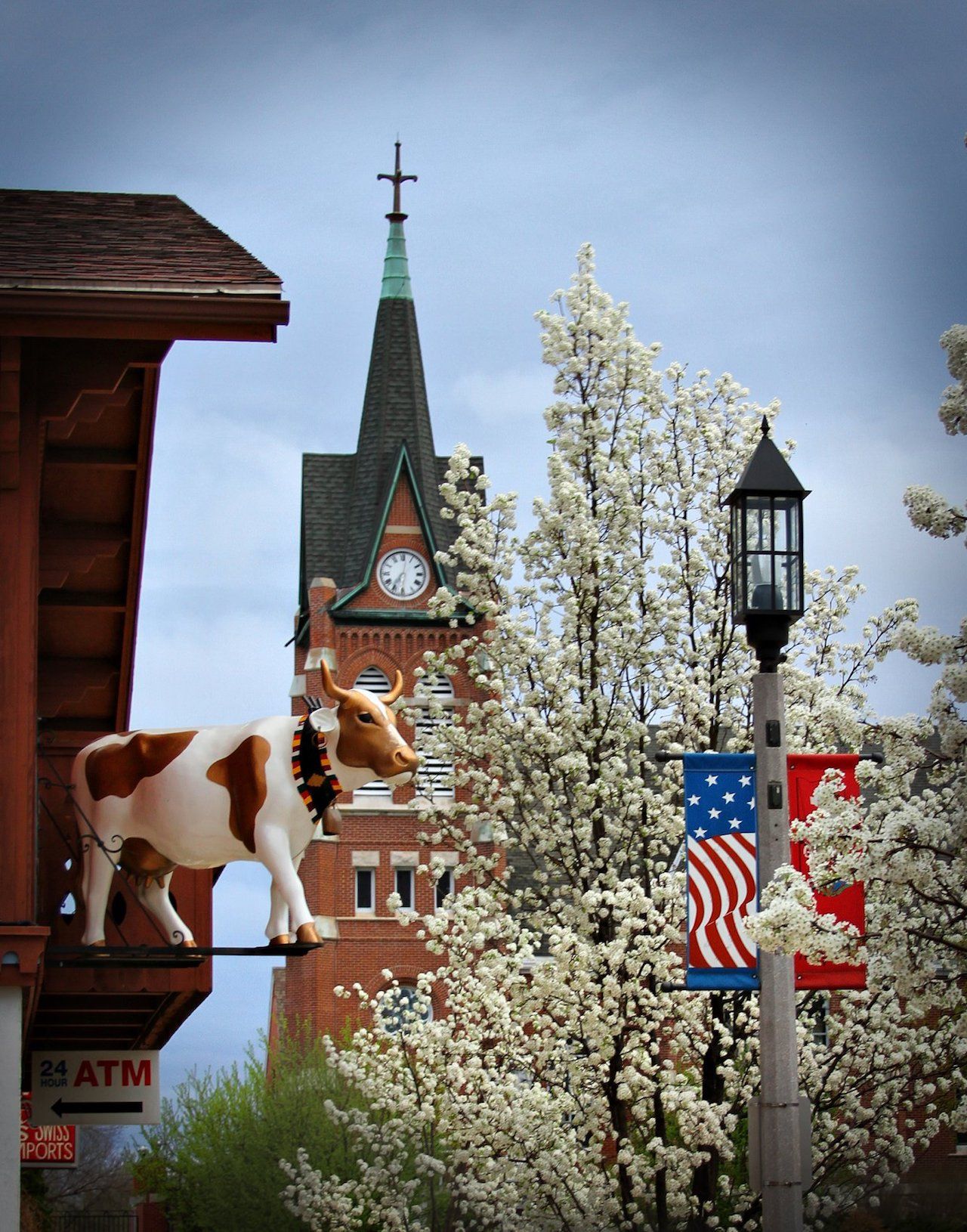 Named after the canton of Glarus in Switzerland, New Glarus is a Swiss-heritage village that’s the perfect place to get your fill of cheese, chocolate, yodeling, and charming chalets without setting foot outside of the US. It was founded in 1845 by Swiss settlers suffering financial hardship after years of bad crops, and they brought with them a traditional way of life that’s alive and well in Wisconsin to this day. Check out the Swiss Historical Village to see how settlers lived over a century ago, touring all 14 sites, which include a replica blacksmith cabin, church, and school. End the day with a hearty plate of wiener schnitzel or a pot of gooey fondue, and top off any meal with a Spotted Cow ale (only available in Wisconsin) from the beloved New Glarus Brewery.

Scandinavia is notoriously pricey, so visiting Swedish-inspired Lindsborg is an excellent alternative to booking a flight to Stockholm. The biggest draw to the city is the biannual Svensk Hyllningsfest, held every odd-numbered year since 1941. Plan to visit in October to join in the festivities, which include folk music and dance performances, arts and crafts fairs featuring everything from woodworking to pottery, and the epic Smörgåsbord feast where you’ll find delicacies like Swedish meatballs, pickled herring, and ostaka, i.e. Swedish cheesecake.