Six million people visited the Grand Canyon last year. Most will have left without learning the names of the 11 Native American tribes that claim the national parkland as their ancestral home.

Two hours north in Antelope Canyon, it’s harder to ignore Arizona’s Indigenous heritage. Guided tours are required, as are guides authorized by the Navajo Nation. Yet where members of the Navajo’s local LeChee Chapter see sacred sites, many of the visitors who descend on Arizona’s slot canyons see little more than a backdrop for their latest influencer-style photoshoot.

Travelers in the United States have a responsibility to recognize the country’s Indigenous landowners, whether they’re visiting any of its 62 national parks or touring a reservation. For those seeking a cultural education, visiting Indigenous communities is among the most effective ways to learn about Native culture from Native voices. It’s also an experience that demands respect.

There are 574 federally recognized tribes in the United States. Each operates as a sovereign government with its own history, heritage, customs, language, and laws. Many Native communities welcome tourists. Some do not. This may change as tribal leadership does.

According to Rupert, misunderstanding tribal sovereignty is among the most common mistakes tourists make before visiting Indigenous communities. Grouping the Native American experience under a monolithic umbrella is another.

Rupert attributes some of this to oral tradition. “Because so much of Native culture is passed down, usually verbally, from generation to generation,” she says, “one Native guide may have a totally different take on what they choose to share than another guide.”

Like anywhere, travelers to Indian Country should be mindful of the cultural differences between Indigenous communities, as well as the subjective experiences of every Native person. One good place to start: acknowledging and understanding tribal sovereignty. 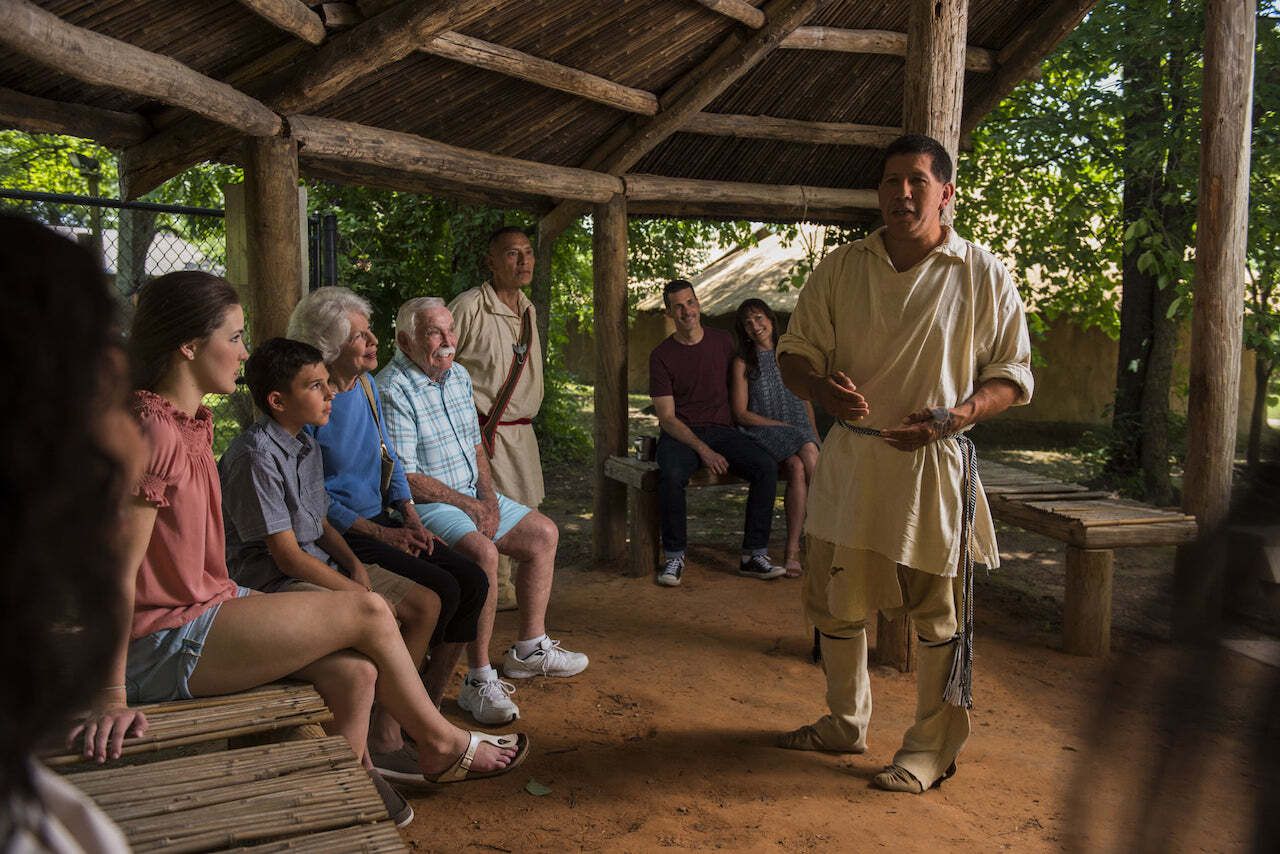 Tourists are expected to visit Indigenous communities with an open mind, but they’re not expected to be familiar with every law and custom of a given tribal nation. Most who engage in Indigenous tourism do so to be educated. This willingness to learn does not go unnoticed.

“Just asking questions is a great start,” says Rupert on how to be respectful of individual tribes. “The fact that visitors show they are cognizant that there are differences from tribe to tribe, and that they are asking questions to get it right, goes a long way.”

Asking questions is Rupert’s answer for a lot of situations. Venturing into Indigenous wilderness? Ask about Native tour guides. Attending an Indigenous festival? Hang around the food trucks and artisan booths to learn what local attendees recommend. Shopping for Indigenous art? Ask about it, even when buying on a reservation. “Ask for the name of the artist and their tribal affiliation, and get it in writing,” Rupert says, adding, “on a receipt is best.”

This principle is as true, if not more, when Indigenous communities open their doors to travelers. Not just an educational opportunity for visitors, AAITA’s Hongeva notes that these experiences also afford Native voices the opportunity to share their histories and perspectives in their words.

“Telling the story correctly from within each tribe, I think that’s really important,” she says, echoing Rupert. “It’s important to learn from a Native perspective, from what’s been passed down through the clans and the migration…There are not many things that are published, but [travelers can] hear it from the guides themselves because it’s oral history.” 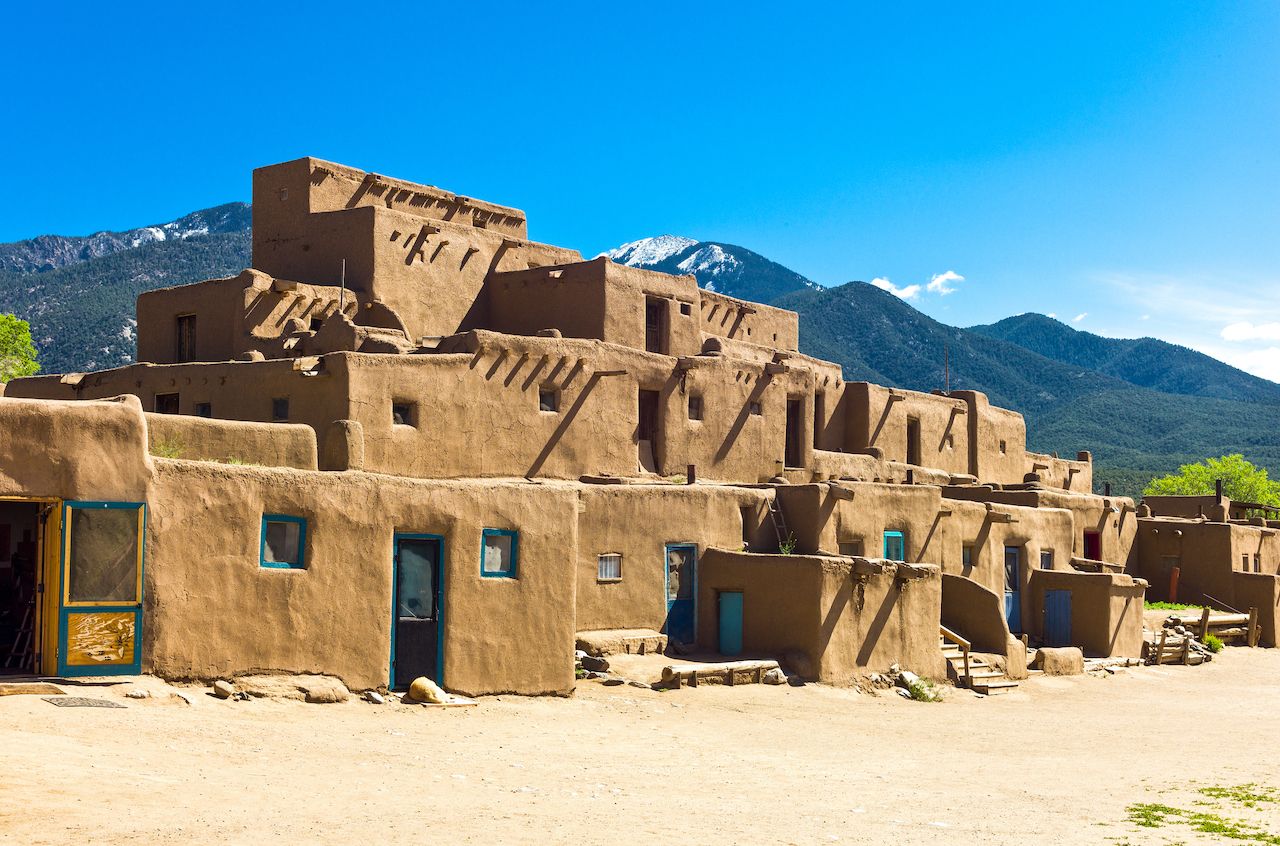 As important as asking a question is asking permission. Though appropriate conduct is often spelled out for tourists at Indigenous sites, communities have encountered issues with visitors wandering off, touching things they shouldn’t, or otherwise deviating from what’s acceptable.

Hongeva cites visitors climbing into kivas, or subterranean spaces used for sacred ceremonies, as one example. “As a visitor, you can’t crawl down the ladder, so those areas are going to be well off, protected, or taped off so that people don’t just wander in. Because not everybody knows. They just think, ‘Oh, a ladder,’ and climb down it when there’s a kiva.”

Yet Hongeva also assures us that travelers who pay attention, heed signage, and listen to their guides need not worry. “In Arizona, we’re so used to tourists and visitors from all over the world that each tribe has really refined the way they guide people through their areas, through their villages, through their parks,” she says. This is true of the most-visited Indigenous communities, from the Taos Pueblo in New Mexico to the Blackfeet Indian Reservation in Montana.

In the event that anything is unmarked, unannounced, or simply unclear, visitors should always defer to asking permission before making assumptions or taking liberties on Indigenous land.

Access to Indian Country is a privilege, not a right.

Eager to explore new landscapes and have new experiences, travelers can be guilty of a particular brand of entitlement. Well-intentioned as their enthusiasm may be, to participate in Indigenous tourism respectfully is to check any entitlement at a community’s proverbial door.

Rupert notes that visitors would do well to remember they’re able to tour tribal land only because they’ve been granted permission by tribal landowners. And, as mentioned before, what those landowners allow is subject to change between different tribal groups.

Recently, the COVID-19 pandemic illustrated a fundamental disrespect for the Walker River Paiute Tribe’s authority over their land in Nevada from outsiders. When Chairwoman Amber Torres closed the tribe’s reservation to mitigate the spread of the coronavirus, she in turn cut off access to natural attractions like the Weber Reservoir, which many outdoor enthusiasts ignored.

“People did not respect our decision as a sovereign nation to close the reservation,” Rupert cites Torres as saying. “They wanted to get into our ancestral homelands as if it is their right to fish and use our resources for recreation, when ultimately it is a privilege.”

Every traveler interested in touring the United States should incorporate Indigenous tourism in their itineraries, if only for an honest education on the cultures that founded this country. And Native communities that open their doors to visitors are a great place to start. Just remember, travelers: Indigenous tourism starts with respect.

Parks + WildernessBefore You Head Outdoors, Be Sure You’re Respecting Sacred Grounds
Tagged
Activism Travel
What did you think of this story?
Meh
Good
Awesome