An airline could charge whatever it wants for a ticket on this flight, and it’d still be in high demand. Volunteer pilots are transporting golden retrievers, Labrador retrievers, and other puppies via private planes on behalf of Canine Companions for Independence. The puppies are on their way from California to new temporary homes where they will be trained as service dogs. 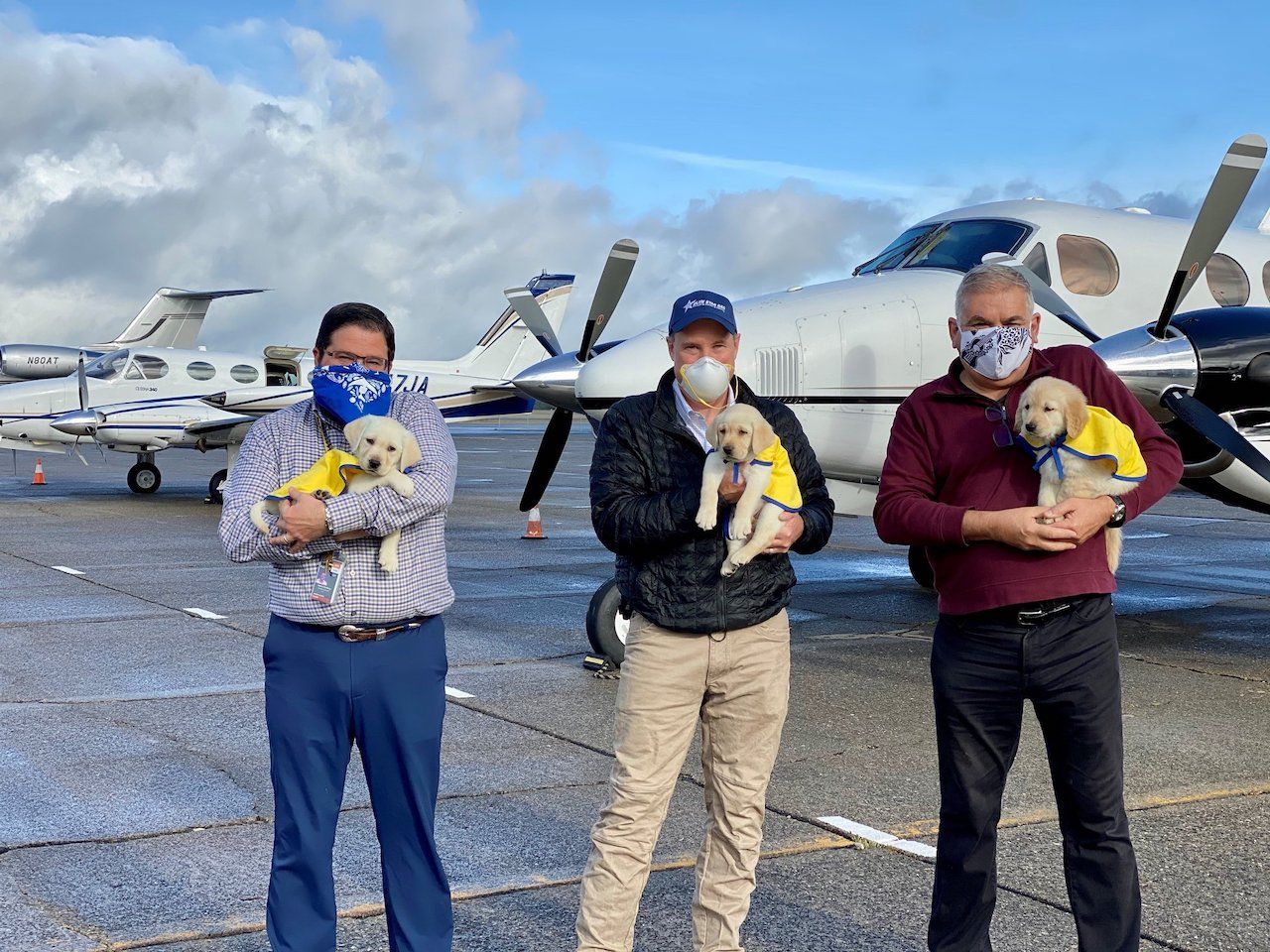 Canine Companions for Independence is a non-profit organization that provides free trained assistance dogs to people with disabilities. Volunteer pilots working with the organization have brought 108 puppies to locations all around the country, including Southern California, Idaho, Oregon, Washington, Montana, and Texas.

Although the company typically depends on commercial airlines for transportation, the pandemic has caused these flights to become unreliable. Luckily, private pilots are stepping in to help.

Michelle Williams, the public relations and marketing coordinator for Canine Companions, told Insider, “Not only are they giving their plane, but their time, their fuel. They’re going out for full days … it’s just incredible.”

Josh Hochberg is one of the volunteer pilots and the owner of the Sonoma Jet Center where the planes depart. “It’s more fulfilling than I could have possibly imagined,” he said. “So fulfilling that I actually got a puppy of my own.”

The puppies are bred at Canine Companions’ headquarters in Santa Rosa, California and then placed in temporary homes where families and individuals then raise the dogs. Volunteers socialize the dogs, teach them commands, and after a year-and-a-half, they’re placed in professional training centers.

Airports + Flying9 Amazing Things Airport Dogs Can Do
Tagged
COVID-19 News
What did you think of this story?
Meh
Good
Awesome