If visiting Egypt is not currently in the cards, you can now console yourself with a virtual visit of one of the country’s most famous royal tombs from your home. Through a partnership between the Ministry of Tourism and Antiquities and the Ministry of Communications and Information Technology, Ramses VI’s tomb in the Valley of the Kings can now be explored online, and you can walk along walls covered in hieroglyphics and carvings bearing intricate messages from the past. 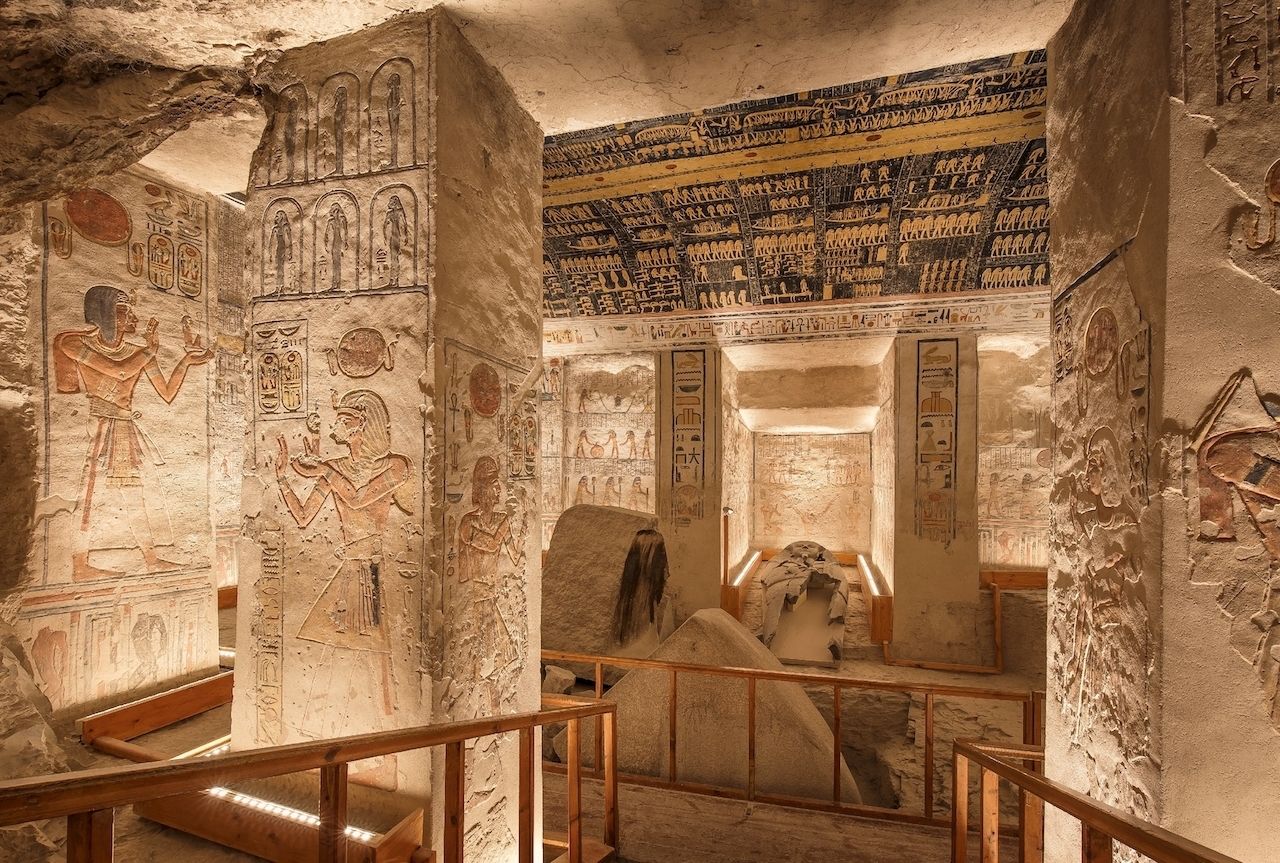 You’ll also walk by neatly preserved stone sarcophagi and see an impressive image of Nut, the goddess of the sky and heavens, that portrays the goddess swallowing the sun every evening so she can birth it in the morning in a never-ending cycle.

Scenes from the Book of the Day and Book of the Night adorn the burial chamber. The tomb was initially constructed by Ramses V, which is why his name and images still appear in the first half of the tomb followed by those of Ramses VI further inside.

None of the artifacts originally buried in the tomb are still there, as the Valley of the Kings was infamously robbed over the years. The mummies of both kings can be found at the Egyptian Museum in Cairo.

ArchaeologyHow to make the most of a one-day visit to Egypt’s Valley of the Kings
Tagged
News Archaeology
What did you think of this story?
Meh
Good
Awesome

Geologist Daniel Robinson has been missing for three months